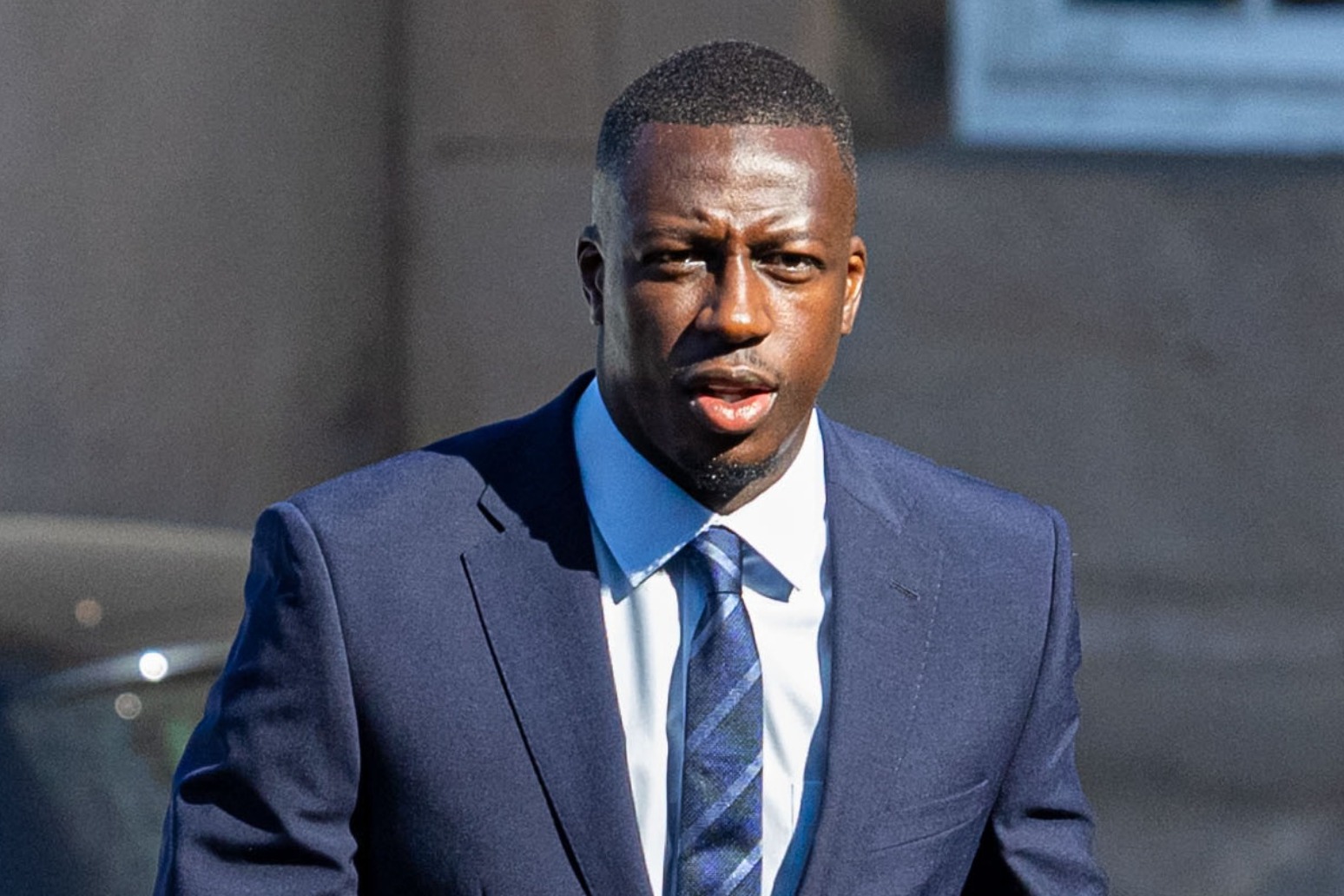 The 28 year old is accused of eight counts of rape, one attempted rape and one sexual assault, he denies all the charges

The trial of Manchester City’s Benjamin Mendy will begin on Monday, with the footballer accused of eight counts of rape.

He denies all charges.

Timothy Cray QC is expected to open the case for the prosecution before the jury at Chester Crown Court.

The names of Raheem Sterling, Jack Grealish, Kyle Walker, Riyad Mahrez and John Stones, all either current or ex- Manchester City players, were read to jurors last week ahead of the trial, to ensure no jurors had any personal connection to anyone who could be referred to during the trial, or be called as a witness.

Eight men and six women were sworn in to serve on the jury, including two jurors who will be discharged after the opening of the case.

Mendy, a Premier League star and France international, is alleged to have committed the offences against seven young women between October 2018 and August last year.

He will stand trial alongside co-defendant Louis Saha Matturie, 40.

None of the women involved can be identified and reporting restrictions apply ahead of the trial.

Mendy has played for Manchester City since 2017, when he joined from Monaco for a reported £52 million.

He was suspended by the club after being charged by police.

Both defendants are on bail and the trial is expected to last up to 15 weeks.

double child killer colin pitchfork has walked free from prison after bids to keep him behind bars for longer failed. n...

Big Ben tower restoration to be completed in 2022

the refurbishment of the westminster landmark, which has already spiralled to at least £80 million, was originally...