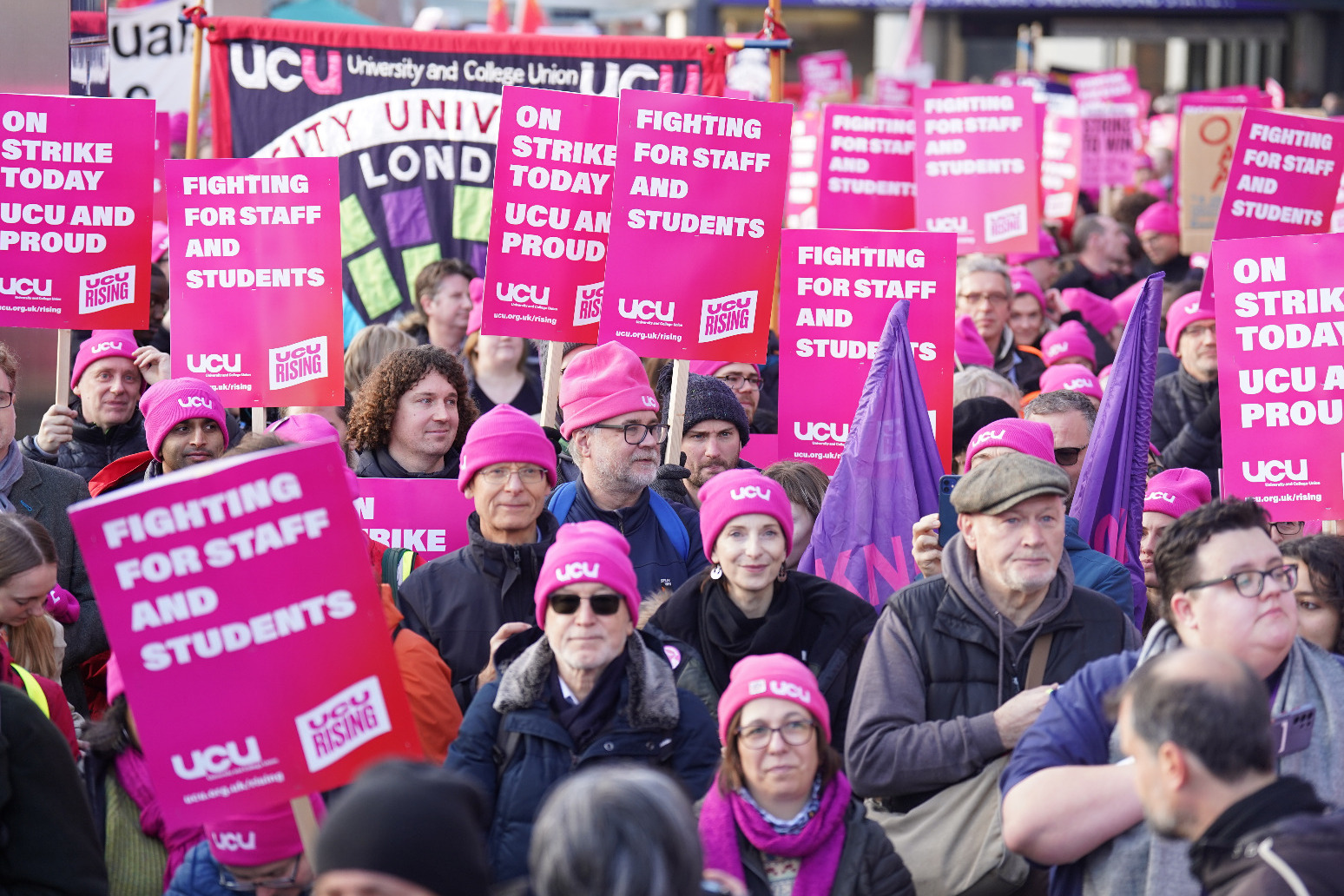 Staff across 150 universities in the UK will take part in a series of walkouts across seven weeks, the University and College Union (UCU) has announced.

The UCU has confirmed the dates of 18 days of action in February and March – where more than 70,000 university staff will strike in disputes over pay, conditions and pensions.

It will be the biggest series of strikes ever to hit British university campuses if they go ahead, the union said.

The full dates of strike action are:

No strike action is due to be taken on the week commencing March 6.

The UCU has said employers need to improve on a pay offer worth 4-5% to avoid disruption, but the Universities and Colleges Employers’ Association (UCEA) has said the current offer is worth up to 7%.

UCU general secretary Jo Grady said: “There is a clear route out of these disputes, but at present vice-chancellors lack the political will to take it. They are failing staff who want to get back to work, and students who want to get on with their studies.

“Students understand that staff working conditions are their learning conditions and we are proud to have their support in these disputes. A system that relies on low pay and the rampant use of insecure contracts is a system which fails everyone.

“A resolution can be reached, but that is in the gift of university vice-chancellors who need to urgently reassess their priorities and deliver a deal that benefits staff and students.”

She added that the UCU will be re-balloting members “to allow action to continue through the rest of the academic year” if a resolution is not found.

Raj Jethwa, chief executive of the UCEA, said: “The sector is asking the trade unions to consult their members over this pay offer rather than push them into striking that tries to target students.

“Our member HE institutions are urging UCU leaders to provide their own members with a realistic and fair assessment of what is achievable, before giving them the chance to accept or refuse a pay offer.

“This is the highest HE pay offer made in nearly 20 years with employers committed to implementing a proportion of this award six months early as a direct response to current cost of living concerns.

“We hope that our proposals will be recognised as a genuine attempt by employers to address cost of living pressures. Now UCU, its fellow trade unions and employers need to work together in negotiating, rather than simply preparing for strikes.”

The statement added: “The upcoming 18 days of strikes by university staff across the UK will impact students’ education, and we are angry that students will miss out on learning as a result of employers’ ongoing refusal to meet UCU’s demands.

“It is high time for universities and employers to take meaningful action to address these issues. They have a responsibility to agree to UCU’s demands and ensure fair pay and benefits for all staff, including those who are impacted by ableist, gendered, and racialised pay gaps, and include protections for staff pensions. We all have the right to decent work and protections in our old age.”

Labour calls for action to tackle shortage of workers and goods

the opposition warned that the uk’s economic recovery was at risk as business groups continue to report problems h... 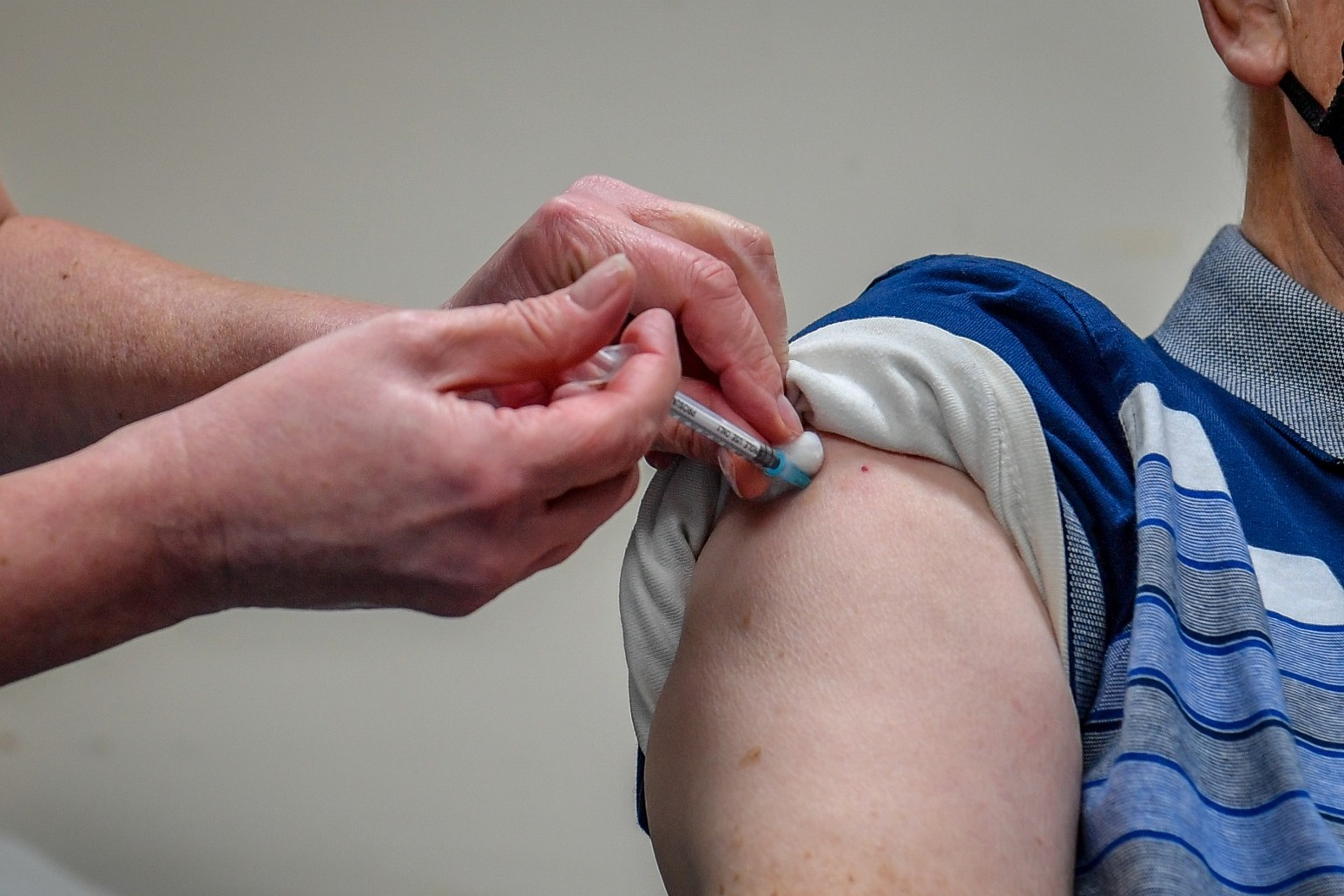 US stand on waiving virus vaccine patents is no ‘magic bullet’, says EU

instead, they urged washington to lift export restrictions if it wants to have a global impact on the pandemic. eu coun...