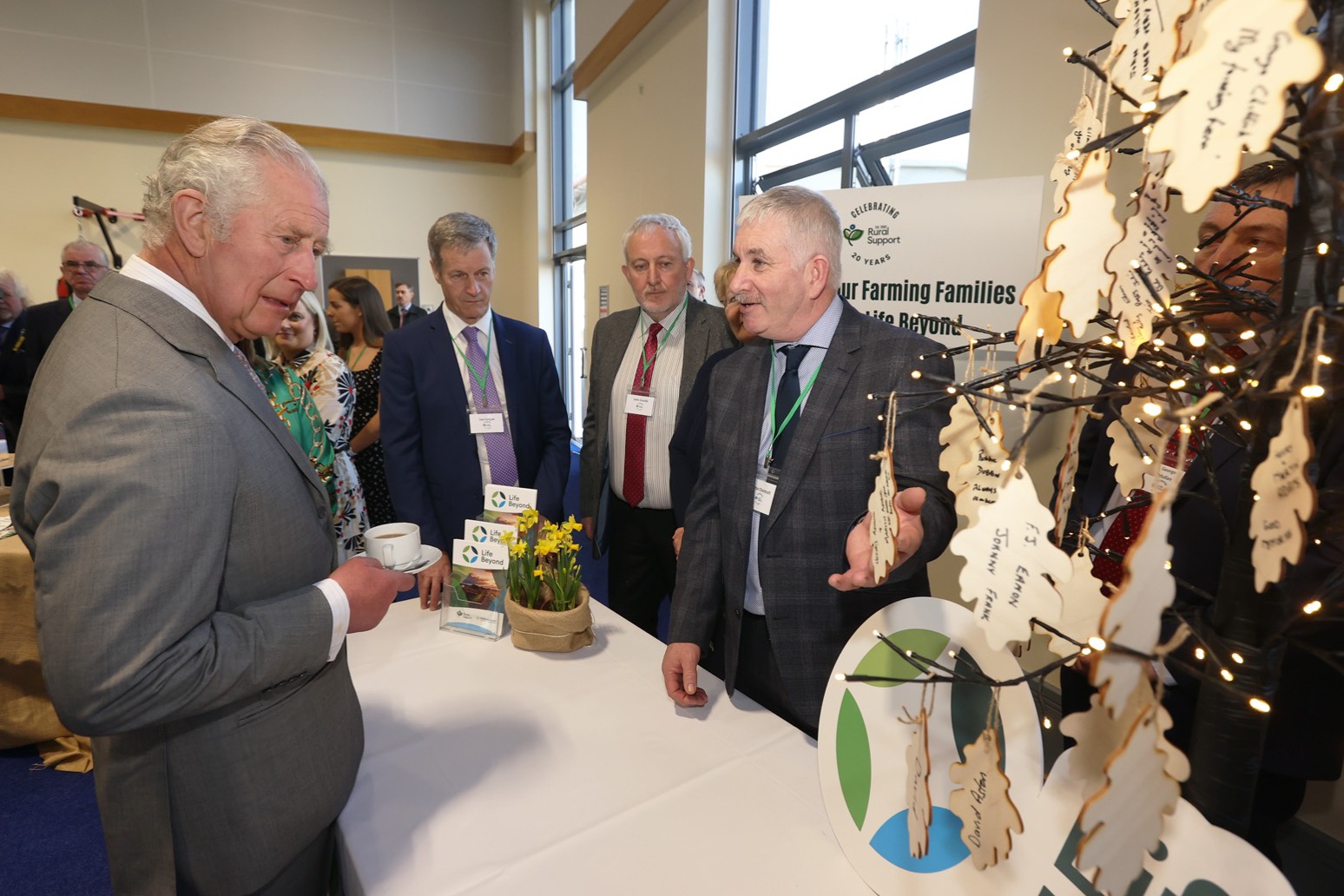 The Prince of Wales and Duchess of Cornwall were treated to a musical spectacular by a group of Co Tyrone superstars.

Charles and Camilla warmly applauded trainees at the social enterprise Superstars Coffee Dock after their special performance of Greased Lightning from the film Grease.

Superstars provides training opportunities for people with learning difficulties in a cafe and bakery as well as clubs and activities, an initiative which started off with just one club almost 20 years ago.

Chairwoman and founder May McAvoy said they were delighted with the royal visit in recognition of the work the do and volunteers who make it possible.

She described the royal couple as “absolutely lovely and so friendly”.

“The duchess helped to make an apple tart in the kitchen, and the prince helped with the gardening, and potting of plants,” she told the PA news agency.

“He was very interested to meet as many of our young people as possible which was lovely.

“We have a theatre group which meets on a Wednesday night in our local arts and cultural centre, and every June we put on a show and it’s a show which packs the place out like nothing else. They work at it all year and they just absolutely love it.”

Charles and Camilla became the first members of the royal family to visit Cookstown on Tuesday, which boasts one of the longest high streets in all of Ireland.

Part of the more than a mile-long main street was cordoned off to traffic and lined with hundreds of schoolchildren waving Union flags.

The royal couple went on a walkabout to meet well-wishers, as well as being introduced to local businesses people and community members.

He also met two of the latest hedgehogs to be rescued by a local charity.

Andrea Cowan, who runs Loughgall Hedgehog Rescue, said Charles was very interested in what had happened to Jill and Felix and how they were being cared for.

She had been involved with rescues for several years but officially started the charity in a shed at the back of her house at the start of the coronavirus pandemic, and has rescued 300-400 hedgehogs.

While she said they try to get as many back to the wild as possible, some, including Jill, are too badly injured. Jill was badly maimed by a strimmer, losing one leg completely and her sight.

Felix, who had lungworm and has now returned to his ideal weight, will be returned to the wild.

“Jill needs constant care but she is still active and gets round her garden. The prince was very interested to hear about her, he is very interested in wildlife and hedgehogs because they are in such plight.

“It was wonderful to talk to him because he was genuinely interested in anything to do with wildlife.”

Charles went on to mark Rural Support Northern Ireland’s 20th anniversary at the College of Agriculture, Food and Rural Enterprise.

He met representatives and partners of The Prince’s Countryside Fund in Northern Ireland and the Young Farmers’ Clubs of Ulster before cutting a cake and unveiling a plaque to mark the anniversary.

Gemma Daly, chair of the trustees of Rural Support described the visit as a “great honour”.

“It was great to be able to showcase everything the organisation does and a great honour to bring everyone together, volunteers, members to celebrate the occasion of 20 years since we started,” she said.

Stormont Agriculture Minister Edwin Poots was also on the campus and welcomed the Prince being there to celebrate with Rural Support which was originally set up following the foot-and-mouth disease which devastated the agricultural sector.

He described the day to day life of farmers as difficult, contending with rising prices of fertiliser.

Meanwhile Camilla visited a Women’s Aid refuge where she spoke to residents and joined a reception for staff and volunteers.

In the evening, Charles met with students supported by The Prince’s Foundation before going on to plant a tree in the Gardens of Hillsborough Castle for the Queen’s Green Canopy, as part of the Jubilee celebrations.

He planted a Magnolia Galaxy tree as part of a jubilee tradition of planting trees in the grounds of the castle.

Charles and Camilla are at the start of a four-day visit to the island of Ireland, with the final two days to be spent in the Republic.

They are also due to travel to all the nations in the United Kingdom during the Queen’s Platinum Jubilee year.

Labour to back customs union as May faces Brexit "crunch time"

keir starmer said on sunday his party had agreed that if it wins power it should negotiate a new union with the bloc, an... 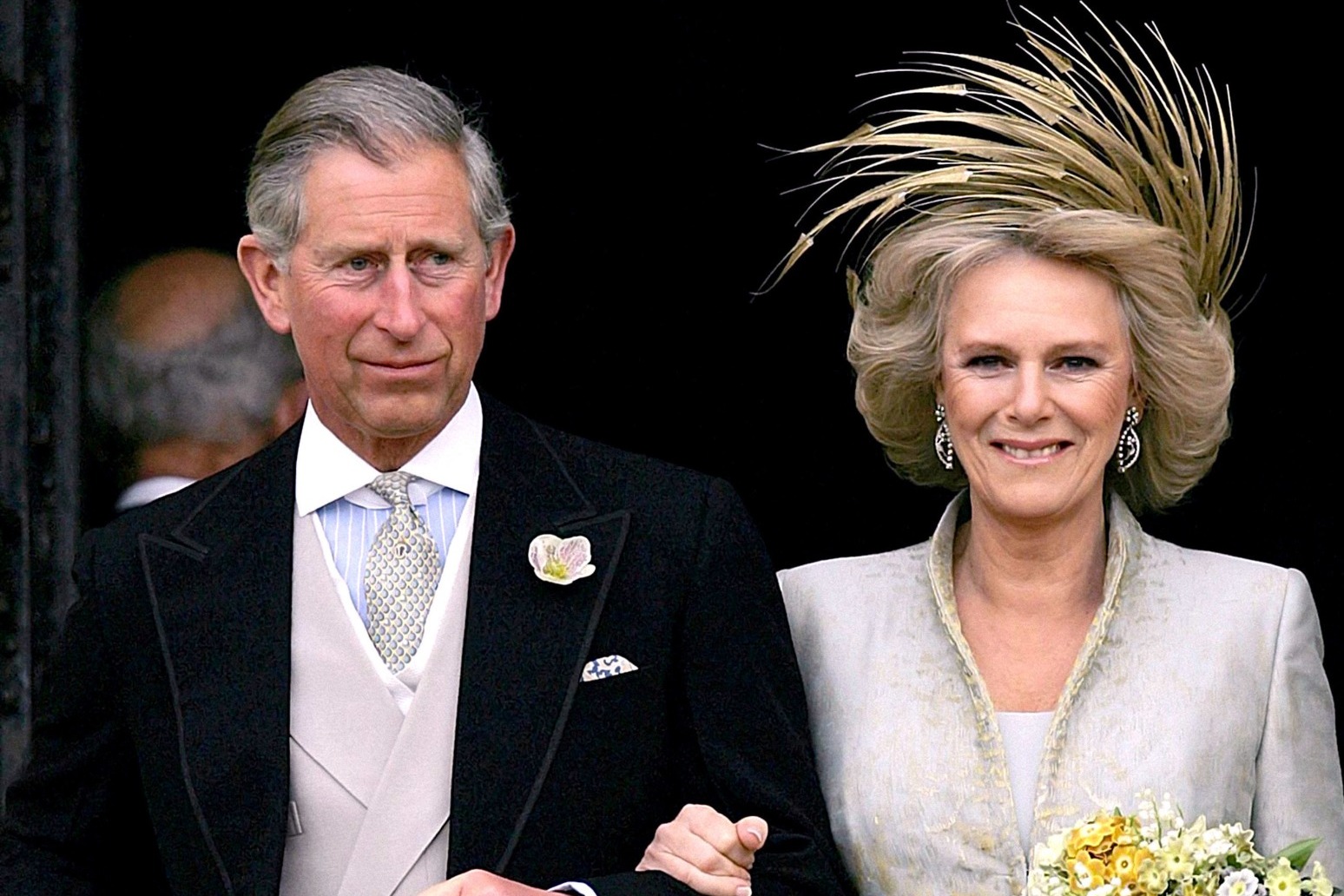 the episode will see charles and camilla surprise the residents at a street party held to celebrate the queen’s pl...