A theatre in London's West End has been evacuated after part of its ceiling collapsed during a show.

Emergency services were called to Piccadilly Theatre on Denman Street shortly before 8pm on Wednesday, after part of the ceiling crashed down into the auditorium.

Witnesses described hearing screams from audience members, who had been watching Death Of A Salesman at the time.

About 1,100 people were evacuated from the theatre building, London Fire Brigade said.

Four people were taken to hospital after paramedics treated the injured at the scene, a London Ambulance Service spokesman said.

Journalist Martin George, 41, who was sitting in the grand circle, said: "About 10 minutes into the performance, you could hear this slight dripping sound in the (grand) circle and people were looking around, wondering what was happening, but the play carried on.

"As the minutes passed, the dripping became more frequent and it sounded like more water was coming through the ceiling, causing a few people to get up and move.

"The sound eventually got so loud that we stood up and started to leave, as we were wondering what was going to happen.

"Then, as we stood up, this huge chunk of ceiling, about three to four metres across, crashed down.

"There were people screaming at that point and everyone got up and streamed down the stairs."

The venue operator, the Ambassador Theatre Group, later said it was investigating the incident.

"Ambassador Theatre Group are sorry to confirm that at 8pm this evening during a performance at the Piccadilly Theatre a section of plasterboard fell from the rear upper circle," a spokeswoman for the group said in a statement.

"The performance was immediately stopped and the theatre safely evacuated. Five members of the audience sustained minor injuries and were taken to local hospitals.

"We take the safety and security of our audiences extremely seriously and we are doing everything we can to ascertain the cause of the incident.

"We would like to sincerely thank the audience, our staff and emergency services for all of their assistance in the evacuation process."

Death Of A Salesman star Wendell Pierce, who plays protagonist Willy Loman, told a crowd outside the theatre: "I did not mean for it to go like this.

"We are so honoured that you came tonight. We are so sorry that unfortunately this happened."

Three men and two women were treated by paramedics at the scene for cuts and injuries caused by falling debris, the ambulance service said.

"Four of them were then taken to hospital and one was discharged after treatment," a London Ambulance Service spokesman said.

"A further two people declined treatment at the scene."

The Met Police tweeted: "Everyone is out of the theatre. A few people have suffered minor injuries. Road closures in place. Motorists advised to use alternative routes."

London Fire Brigade said in a tweet: "Firefighters are attending the Piccadilly Theatre where a section of plaster has fallen from the ceiling during a performance. Around 1,100 people evacuated the theatre before we arrived."

It is not the first time a ceiling has collapsed in one of London's theatres.

In 2013, about 80 people were injured, seven seriously, after part of the Apollo theatre's ceiling collapsed on top of them.

More than 700 people were inside the Shaftesbury Avenue venue, which was 45 minutes into the National Theatre's performance of The Curious Incident Of The Dog In The Night-Time, when the incident took place.

In January 2015 about 1,200 people had to be evacuated from the Queen's Theatre in Shaftesbury Avenue, following a small fire during a matinee performance of Les Miserables.

No one was injured in the incident, which was caused by a failing high voltage joint in the theatre's boiler room, the London Fire Brigade said at the time. 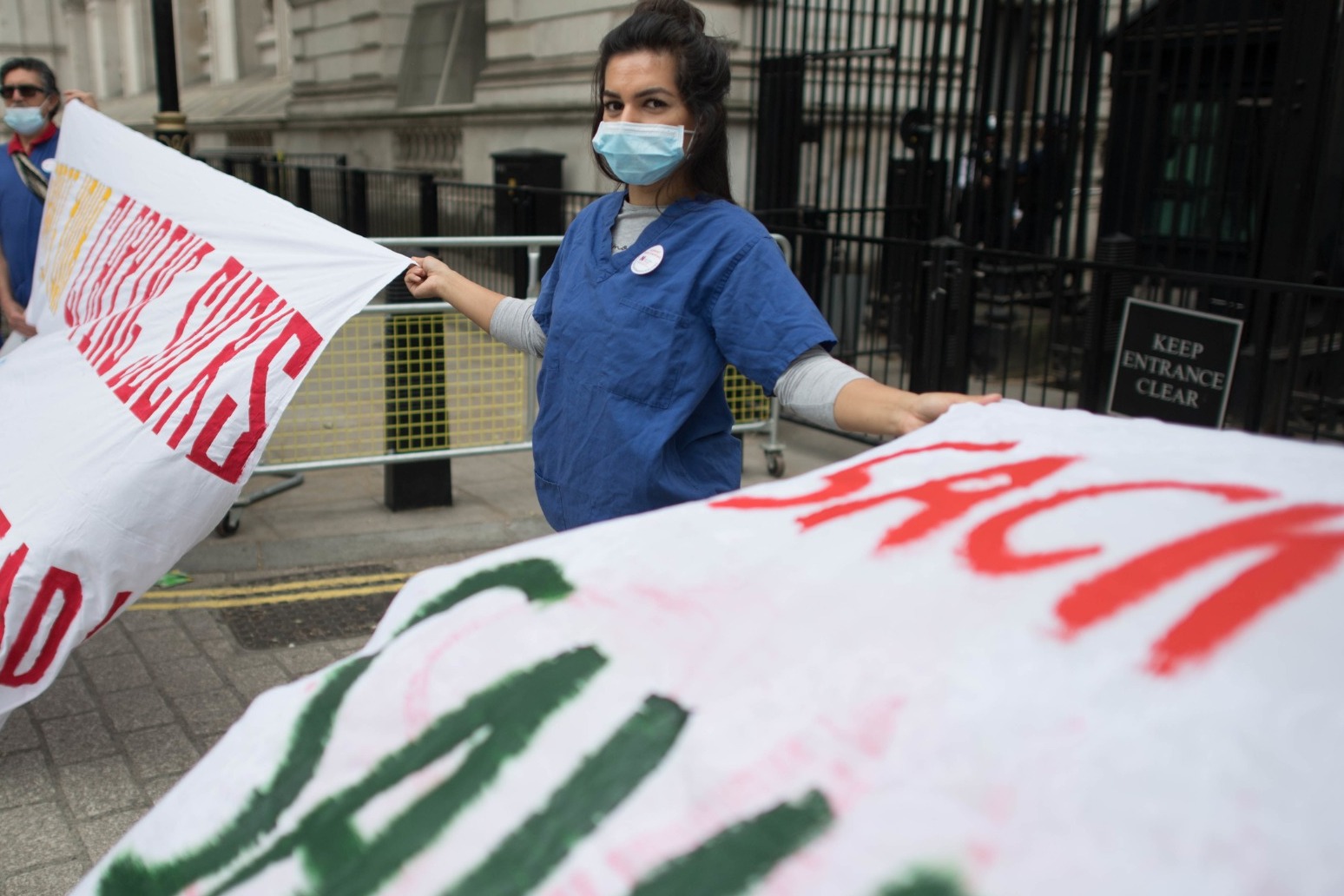 Inquiry to be held into racial inequalities highlighted by the pandemic

the equality and human rights commission (ehrc) said it was a “once in a generation” opportunity to tackle d... 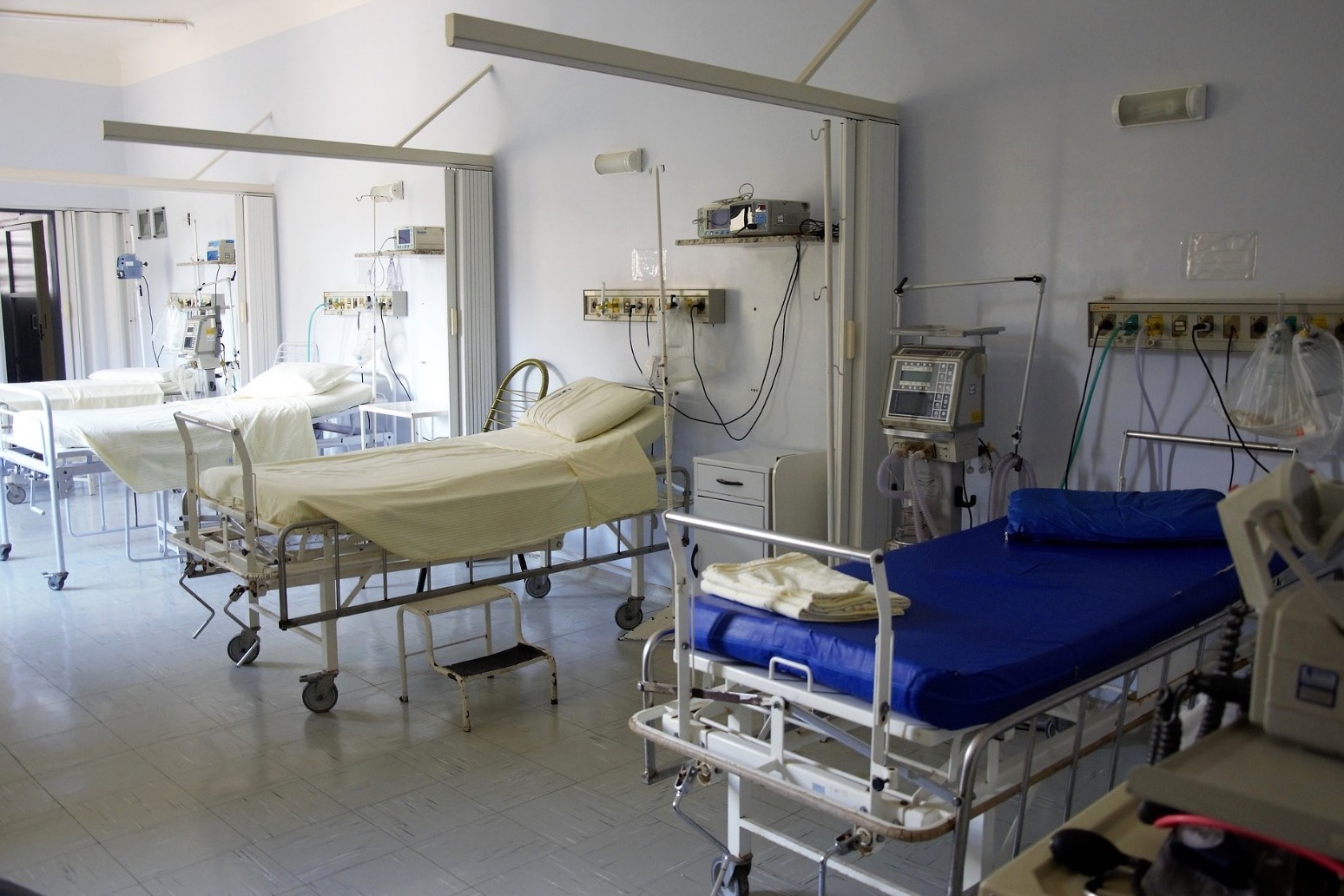 NHS England to give out free sanitary products to patients

the changes will be introduced in the summer, and allow patients to ask for tampons and pads free of charge, when they n...