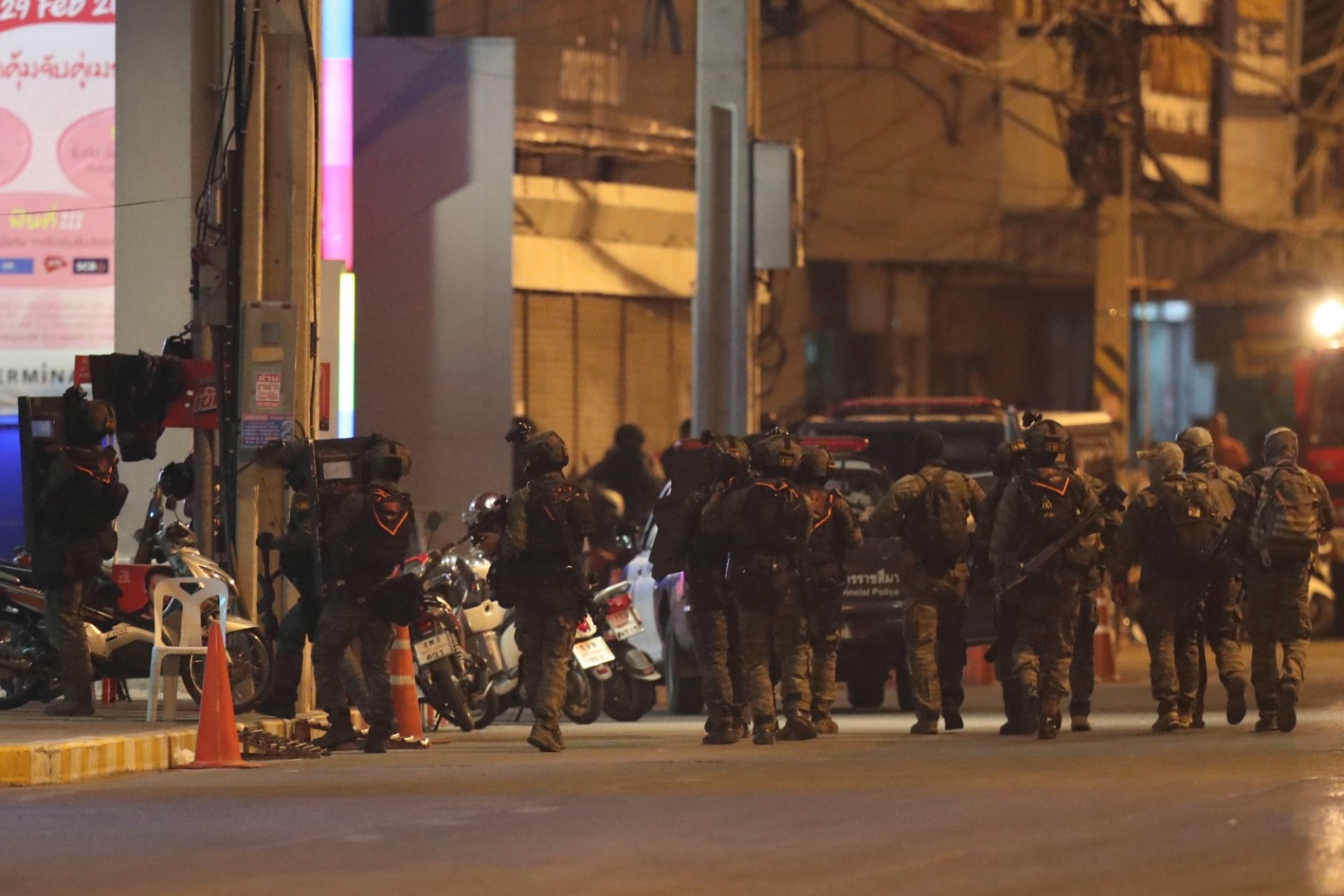 A soldier angry over a financial dispute has been shot dead by police after gunning down 26 people in Thailand.

Officials said the soldier first killed two people on a military base and then went on a far bloodier rampage, shooting as he drove to a shopping complex where people fled in terror.

It took armed police 16 hours to end the attack in the north east of the country.

Authorities said Sergeant Major Jakrapanth Thomma was behind the attack in Nakhon Ratchasima, a hub for Thailand's relatively poor and rural north-eastern region.

Much of the shooting took place at Terminal 21 Korat, an airport-themed mall filled with colourful Lego sculptures, a merry-go-round and huge replicas of landmarks from around the world.

"This incident was unprecedented in Thailand," Prime Minister Prayuth Chan-ocha told reporters as he gave the final death toll on Sunday morning after visiting the wounded in hospitals.

"I hope this is the only one and the last incident, and that it never happens again. No one wants this to happen. It could be because of this person's mental health in this particular moment," he said.

Mr Prayuth said he was worried that people inside the mall could be accidentally hit by bullets fired by police, but added: "I have checked, that didn't happen."

Video taken outside the mall showed people diving for cover as shots rang out mid-afternoon on Saturday. Many were killed outside the mall, some in cars and others while walking.

Nattaya Nganiem and her family had just finished eating and were driving away when she heard gunfire.

"First I saw a woman run out from the mall hysterically," said Ms Nattaya, who shot video of the scene on her phone. "Then a motorcycle rider in front of her just ran and left his motorcycle there."

Hundreds of people were evacuated from the mall in small batches by police while they searched for the gunman.

"We were scared and ran to hide in toilets," said Sumana Jeerawattanasuk, one of those rescued by police. She said seven or eight people hid in the same room as her.

"I am so glad. I was so scared of getting hurt," she said.

Shortly before midnight, police announced they had secured the above-ground portion of the mall, but were still searching for the gunman. About 16 hours later, officials held a news conference to announce the gunman had been shot dead

Defense Ministry spokesman Kongcheep told Thai media that the first person killed was the commanding officer of the 22nd Ammunition Battalion, in which the suspect also served. He said the gunman had fired at others at his base and took guns and ammunition before fleeing in an army Humvee.

City and neighbourhood police officers said the man fired shots as he drove to the mall. Thai Rath television aired mall security camera footage showing a man with what appeared to be an assault rifle.

The man also posted updates to his Facebook page during the rampage.

"No one can escape death," read one post. Another asked, "Should I give up?" In a later post, he wrote, "I have stopped already."

A photo circulated on social media that appeared to be taken from the Facebook page shows a man wearing a green camouflaged military helmet while a fireball and black smoke rage behind him.

Jakrapanth's profile picture shows him in a mask and dressed in military-style fatigues and armed with a pistol. The background image is of a handgun and bullets. The Facebook page was made inaccessible after the shooting began.

Gun violence is not unheard of in Thailand. Firearms can be obtained legally, and many Thais own guns. Mass shootings are rare, though there are occasional gun battles in the far south of the country, where authorities have for years battled a long-running separatist insurgency.

the girl, whose name was not released, was booked at a juvenile detention facility on a charge of negligent discharge of... 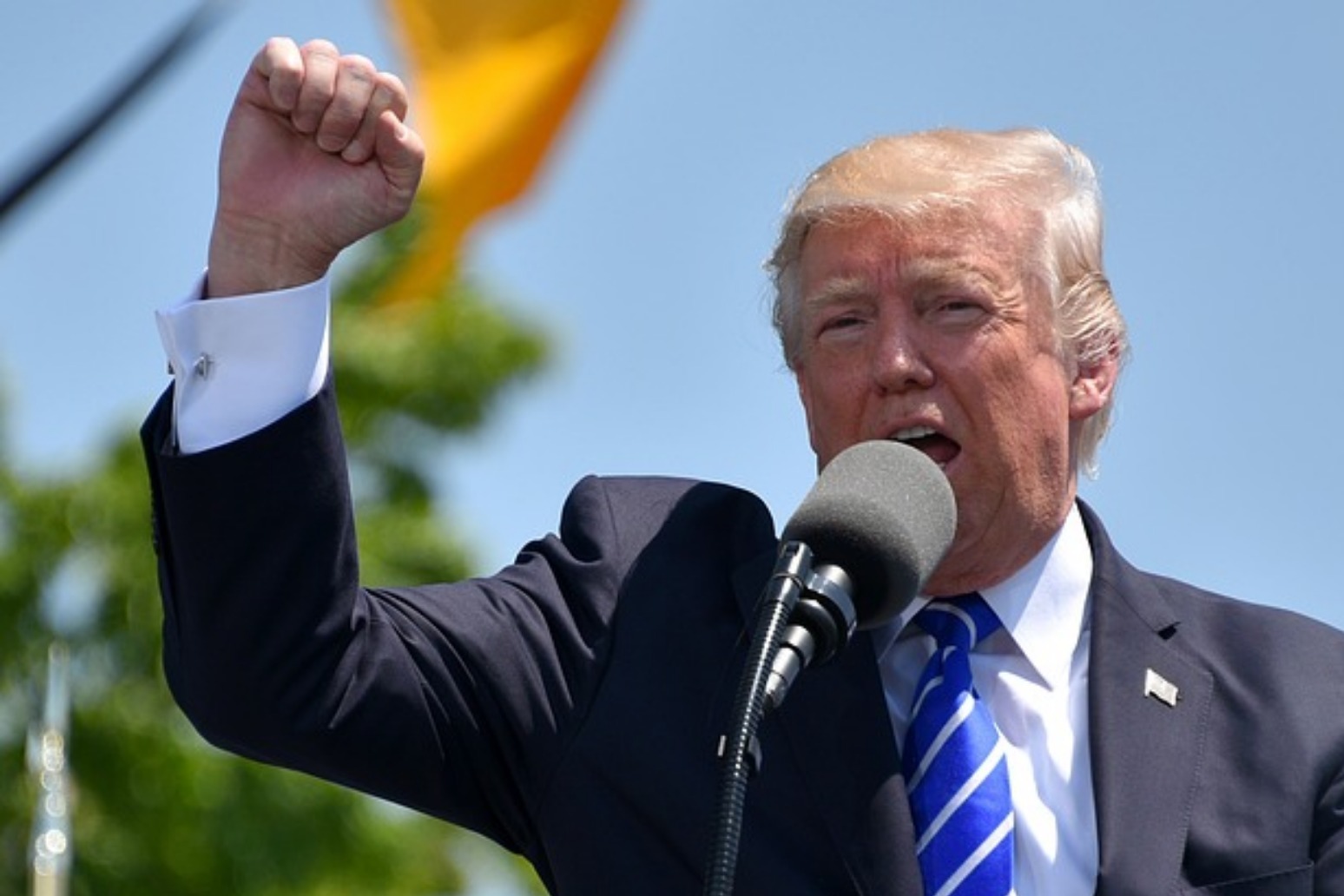 feted by queen elizabeth and heir prince charles on the first day of his state visit to britain, trump turns to politics...