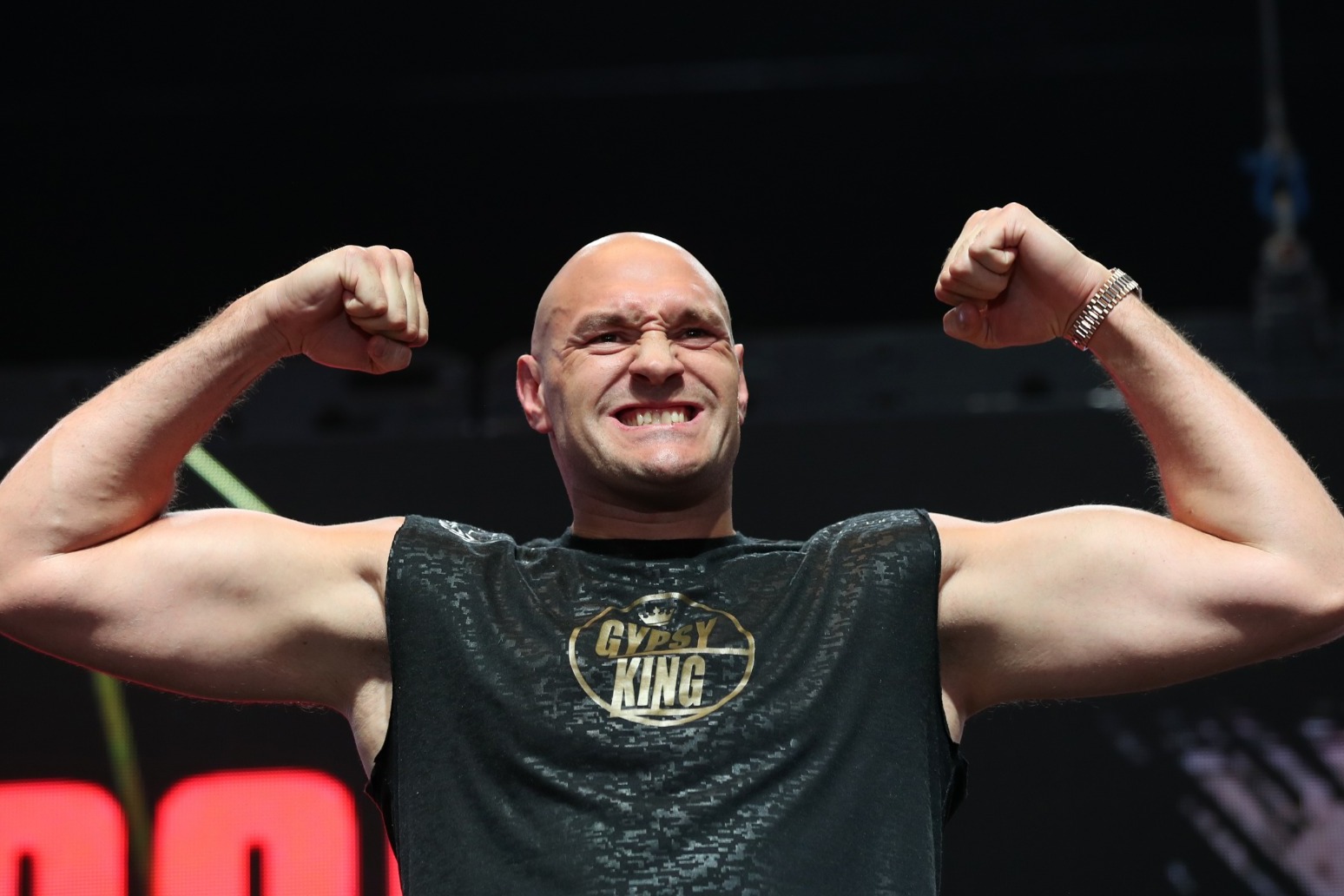 Tyson Fury has vowed to “smash Anthony Joshua on the biggest stage of all time” after confirming their long-awaited all-British showdown would go ahead this summer.

The pair will contest all four world heavyweight titles for the first time in the sport’s history when they meet on August 14 in Saudi Arabia.

In a video posted on social media on Sunday evening, 32-year-old WBC champion Fury said: “I have got some massive news. I have just got off the phone with Prince Khalid of Saudi Arabia and he told me this fight is 100 per cent on, August 14.

“All eyes of the world will be on the Kingdom of Saudi Arabia.

“I cannot wait, I repeat, cannot wait to smash Anthony Joshua on the biggest stage of all time.

“This is going to be the biggest sporting event ever to grace the planet Earth. Do not miss it.”

Joshua, a year younger than Fury, holds the WBA, WBO and IBF belts.

Plans for a fight between the pair were set in motion when Fury defeated Deontay Wilder to capture the WBC title in February last year, just a couple of months after Joshua avenged his only career loss to Andy Ruiz Jr, a fight which was also staged in Saudi Arabia, at the Diriyah Arena.

Joshua retained his three belts last December with a ninth-round knockout of mandatory challenger Kubrat Pulev, but the unbeaten Fury’s planned trilogy fight against Wilder has failed to materialise.

A proposed homecoming against Agit Kabayel in December was scotched, meaning Fury, who proclaims himself as the lineal champion in the division, has not fought in more than 14 months since stopping Wilder in Las Vegas.

Saudi Arabia’s hosting of Joshua’s rematch with Ruiz attracted plenty of condemnation from campaigners, who accused the Middle East country of trying to “sportswash” its human rights record, and the criticism will continue ahead of August’s fight.

Last week, in response to promoter Eddie Hearn’s revelation that the bout was on course to take place in Saudi Arabia, Kate Allen, director of Amnesty International UK, said in a statement to the PA news agency: “It comes as no surprise that Saudi Arabia is once again set to use a major sporting event as a means to sportswash its atrocious human rights record.”

She urged Fury and Joshua to speak out on the issue in the build-up to the fight, saying: “A few well-chosen words about human rights from Joshua and Fury would mean a lot to Saudi Arabia’s beleaguered human rights defenders, helping to counteract the intended sportswashing effect of this boxing match.”

Bayliss to step down as England cricket coach