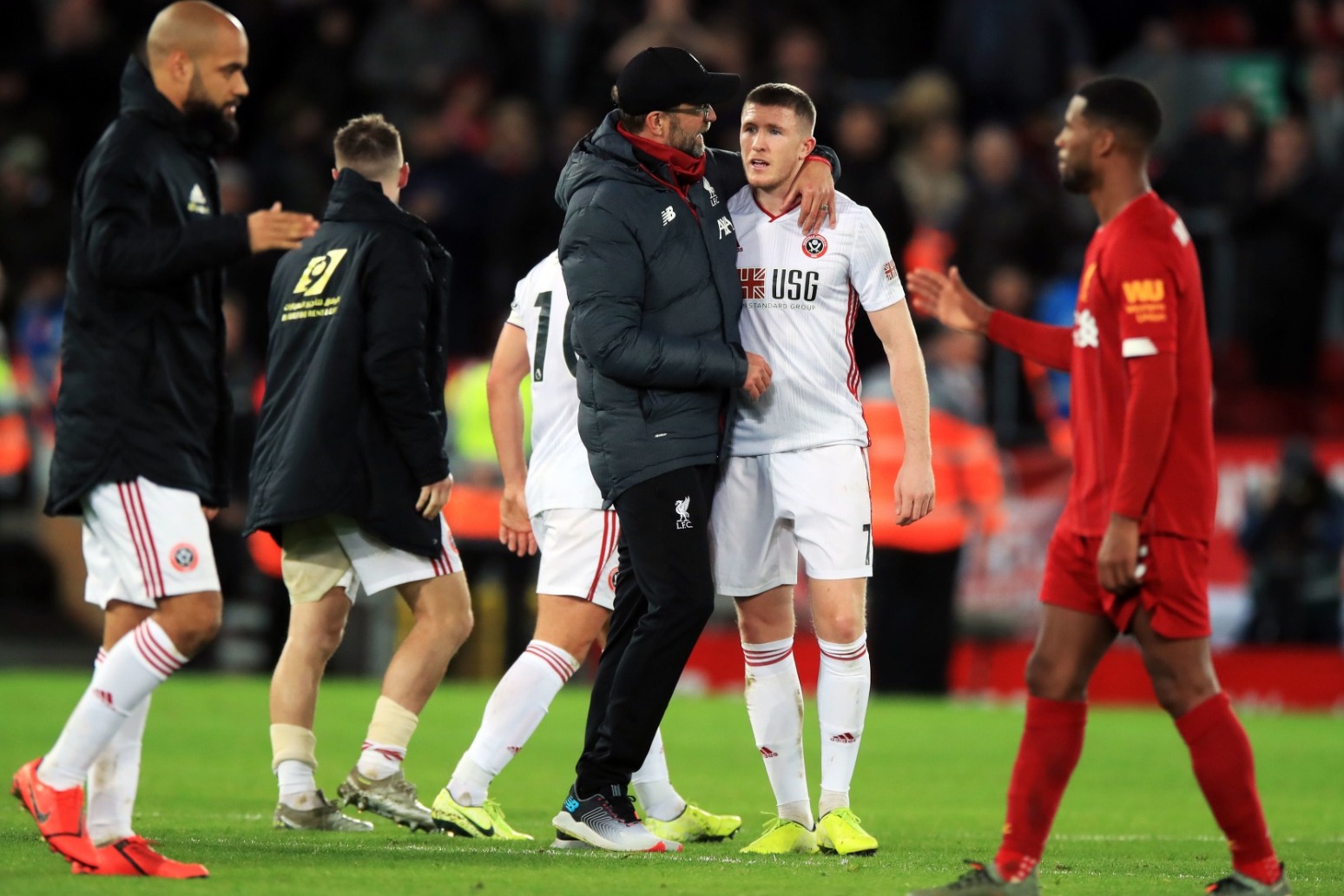 Liverpool's unbeaten Premier League run was extended into a second year as a 2-0 victory over Sheffield United restored their 13-point lead.

The Reds' last league defeat came at Manchester City 364 days ago and United, for all their honest endeavour, never looked like becoming the first team to win a league match at Anfield since April 2017.

The real battle Jurgen Klopp's side faced appeared to be with fatigue as a bright start given to them by Mohamed Salah tailed off and only when Sadio Mane struck midway through the second half was a 19th win in 20 matches this season secured.

Most of the Reds' starting XI will be now hoping to have a welcome nine days without a match but such is the rapidly reducing nature of the squad - now missing eight players - that weary legs may be pressed into action again.

Tiredness was a factor from the latter stages of the first half onwards as the hosts seemed to be trying to manage their domination of possession having taken an early lead.

Blades boss Chris Wilder had taken his players for a training session in the shadow of Anfield in Stanley Park earlier in the day but inside, under the lights, is a different proposition - as they discovered after just four minutes.

Virgil Van Dijk lifted a ball forward and when George Baldock slipped full-back Andrew Robertson capitalised to cross for Salah to sidefoot home his 44th goal in his last 51 matches at Anfield.

He could have had another had Dean Henderson not tipped over his first-time half-volley from Jordan Henderson's low ball and then got his hands to a shot from Mane's backheel.

The well-organised Blades were cut open by a brilliant one-touch passing move midway through the half involving Robertson, Roberto Firmino, Georginio Wijnaldum and Mane, which would have been a contender for goal fo the season had Wijnaldum not fired over at its climax.

But this game began to resemble the final fixture of a busy festive period as legs began to tire early on both sides, although fortunately for Liverpool not Van Dijk's as he stuck out a limb to dispossess Lys Mousset as the striker threatened to break clear in a three-on-one attack.

Klopp's half-time instructions to his flagging troops would surely have been to get the game killed off as soon as possible and Firmino tried his best with a diagonal shot which had Henderson clutching at thin air as it sailed just past the far post.

The Sheffield United goalkeeper's quick reflexes saved him when a Salah pass sailed over the head of Van Dijk and hit the post before rebounding along the goalline - but he was powerless to stop Liverpool's second in the 64th minute.

Alisson's quick throw sent Robertson and then Mane charging forward with the Senegal international receiving a return pass from Salah to follow up his own half-saved shot with goalpoacher's reactions, taking just 12 seconds from goalkeeper to goal.

Blades substitute Ollie McBurnie's reactions were not so sharp as he bundled his far-post finish three yards out into the ground allowing Alisson to easily collect their final chance of the game.

With the game in the bag Klopp even had the luxury of handing 16-year-old Harvey Elliott, set to play in the FA Cup at the weekend, his Premier League debut for the club - although it came so late he did not touch the ball.

So Liverpool charge forward into 2020 in the same manner they approached 2019 having now taken 85 points from a possible 87, with 28 wins and a draw. 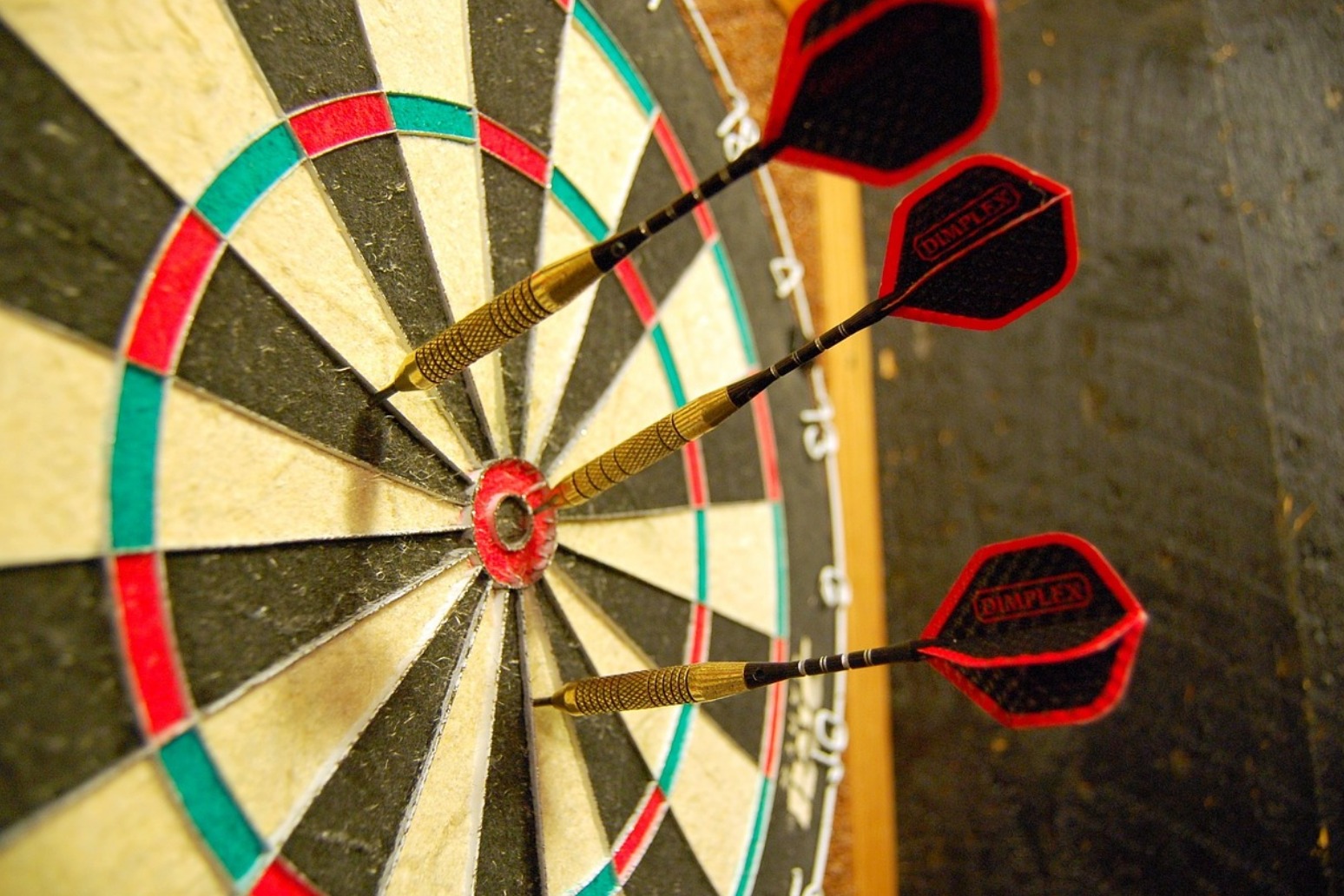 Darts legend Bristow dies at the age of 60

one of the sports first great players, the man known as the "crafty cockney" was world champion five times between 1980-...