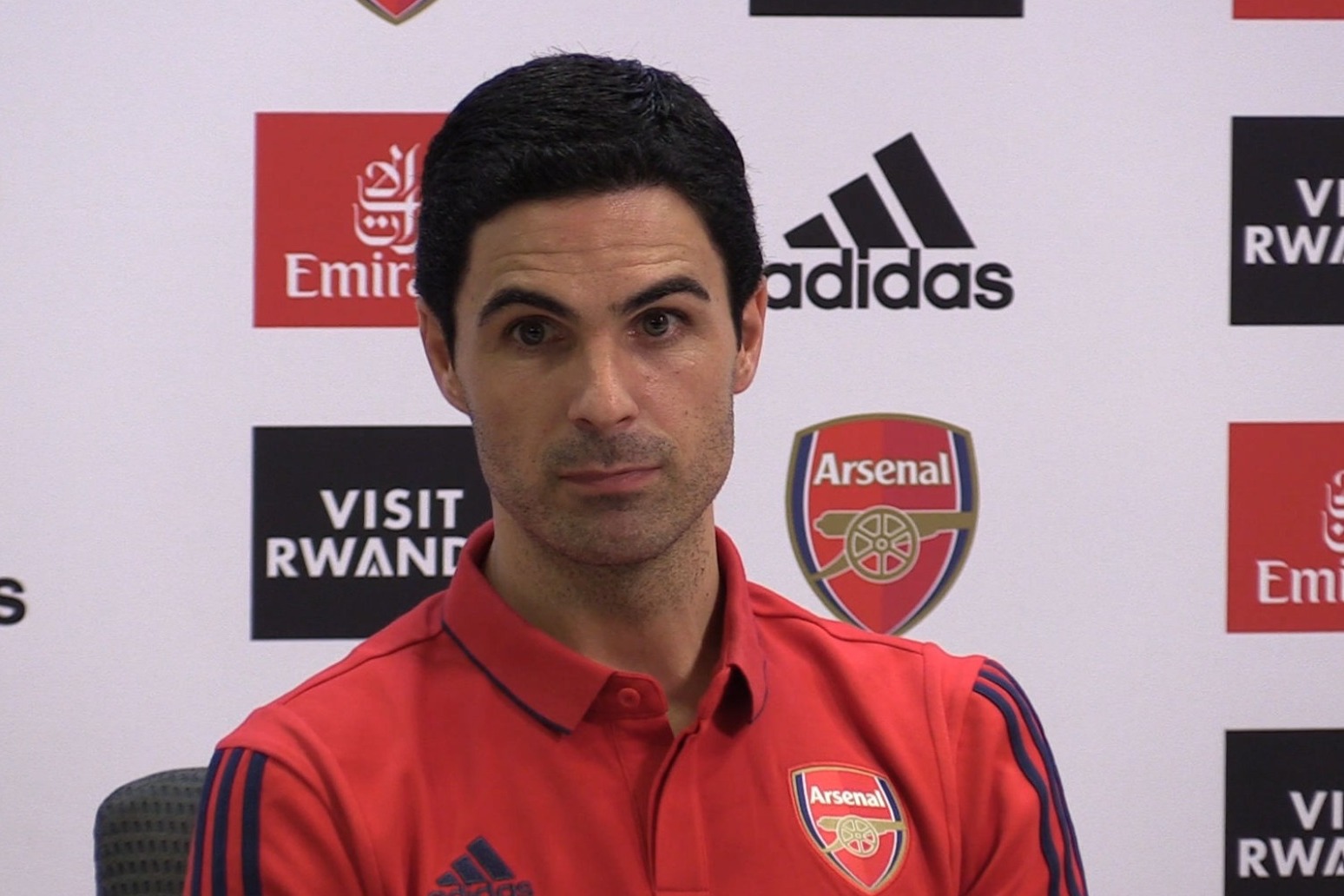 New Arsenal head coach Mikel Arteta says he is ready to be ruthless with his squad as he looks to revive the club's flagging fortunes.

The 37-year-old left the backroom staff at Manchester City on Friday to take the manager's job at the Emirates Stadium on a three-and-a-half year deal.

He replaces Unai Emery, who was sacked three weeks ago after 18 months in charge, but will not be in the dugout for Saturday's Premier League trip to Everton.

Interim boss Freddie Ljungberg will take charge of the game at Goodison Park before Arteta fully gets hold of the reins, with his first fixture coming away at Bournemouth on Boxing Day.

Arteta will be tasked with reversing the fortunes of a Gunners side which have won just one of their last 12 games and wasted no time in setting out the expectations he has of his new squad.

"The first thing is a little bit to change the energy," he said.

"Last week I was here with Manchester City and I was a little bit down after the game when I felt what was going on.

"We have to build a culture that has to sustain the rest. If you don't have the right culture, in the difficult moments, the tree is going to shake.

"So my job is to convince everybody that this is how we are going to live and, if you are going to be part of this organisation, it has to be in these terms and in this way.

"I think a lot of external things happened over the past few months that obviously had a knock-on effect on the team, on their relationships and the perception people have on them as a team, how together or not together they are.

"They have to be so united, that dressing room is untouchable. It is first of all about how they live and some respect issues that have to be addressed. If they want to follow that they are in, if not they are out."

Arteta spent five seasons at Arsenal as a player and captain, hanging up his boots after leaving the club at the end of the 2015/16 campaign.

He is now keen to turn things around as he prepares for the task of sculpting Arsenal into a winning side once again.

Asked if he felt the club had lost its way, Arteta added: "That's what I'm sensing from the outside.

"I would like to start to make some steps and start to understand the reasons why. There will be reasons behind it and a history behind it.

"I have to try to understand quickly why this is, to implement certain things that will be quick wins, for the players, the staff and everybody. That is the challenge now.

"We have to create the right vibe, the right energy, and everybody at the organisation has to feel so privileged to be here. There's no other way."

Working under Pep Guardiola at Manchester City saw Arteta's stock rise and he said he would take some lessons from the time he spent under his fellow Spaniard.

"His work-rate is incredible, how inspirational he is to people is incredible. But, for me, the secret is that the people, the players and the staff have to believe what they're trying to deliver.

"You have to be able to transmit it, and people will buy into that. When you do that, then you are a team and everybody's together and united you're stronger."

Arteta admitted he understood the concerns of those who doubted his credentials given this is his first top job, especially given the size of the task.

While he backed himself to be a success, he is also keen to step out of the shadow of being Guardiola's assistant.

"I think that is something that is going to be written all the time and be behind me," he replied when asked if it was important to establish himself.

"Maybe it will take a little bit of time, but it doesn't matter how people see me, it matters how the players see me, how they are convinced we are trying to do the right things. After that, time will take all of those links away I think."

The make-up of Arteta's own backroom staff remains to be seen, with Ljungberg tweeting that he was looking forward to continuing to work for the club alongside the new boss - only for Arteta to suggest no agreement had been reached with the Swede.

chelsea reached the europa league semi-finals with a 4-3 win over slavia prague.with a comfortable lead at half-time, ch...

the eagles were underdogs throughout the nfl playoffs, and just as most expected little from fictional philadelphia boxe...