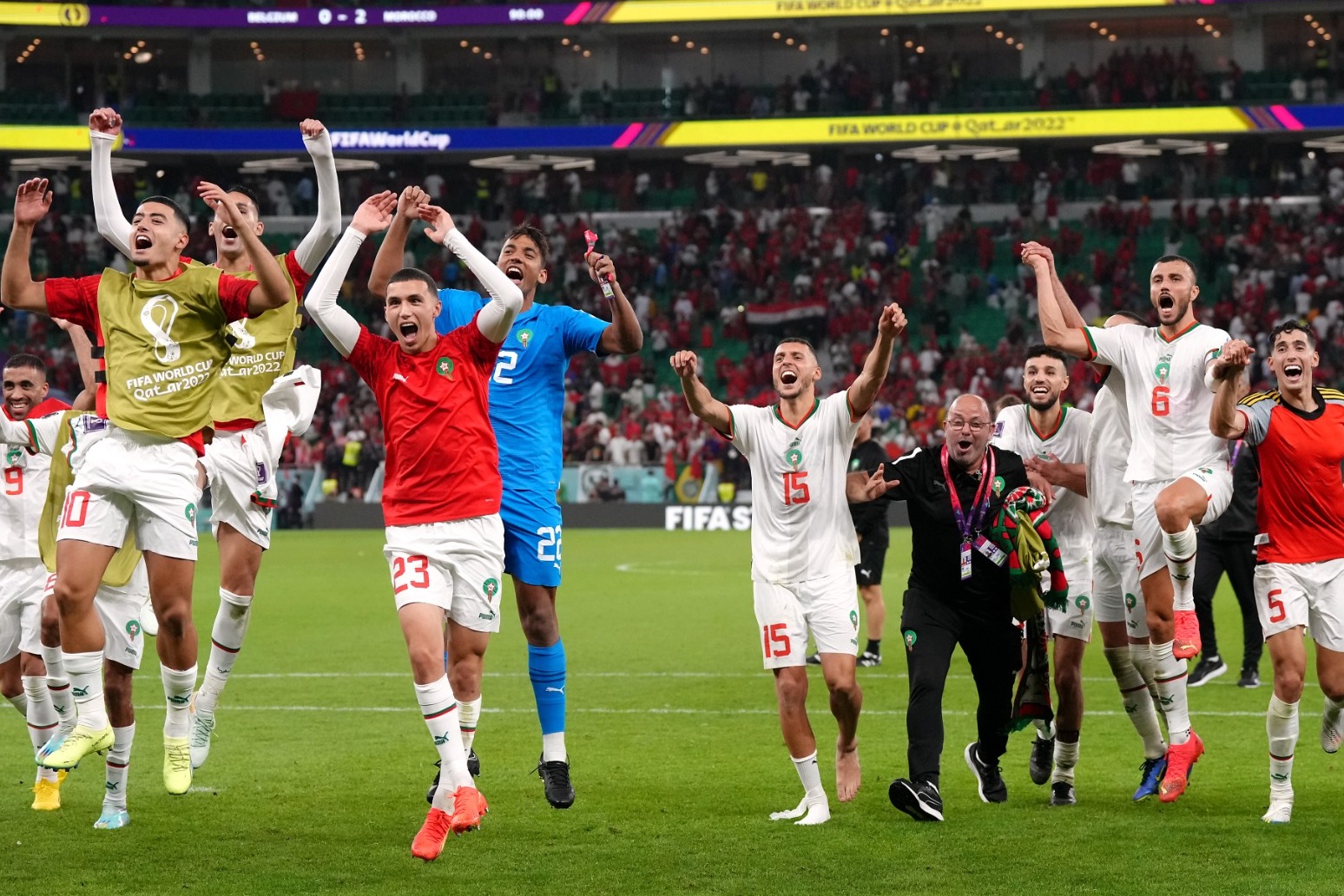 Belgium were humbled by Morocco at the Qatar World Cup.

Morocco’s supporters raised the roof at Al Thumama Stadium after their team caused another huge World Cup upset in Qatar with a 2-0 victory over Belgium.

This already felt a tournament too far for Roberto Martinez’s ‘golden generation’ of Belgian players, but that should not detract at all from Morocco’s deserved achievement in beating a side featuring world-class talents such as Kevin De Bruyne, Eden Hazard and Thibaut Courtois.

The north Africans join Saudi Arabia and Japan, the conquerors of Argentina and Germany respectively, in upsetting the old order, having already claimed a creditable goalless draw themselves against 2018 finalists Croatia in their opening game.

The goals came from second-half substitutes Abdelhamid Sabiri and Zakaria Aboukhlal, after Hakim Ziyech had one disallowed just before half-time.

Belgium are not out of it, but may now need to beat Croatia to progress to the last 16.

Morocco were forced into the latest of late changes when Yassine Bounou, named on the team sheet and standing in the line-up for the national anthem, had to be replaced before kick-off by Munir El Kajoui, with an eye issue reported to be the problem.

The vociferous Moroccan fans turned this into a home match for the Atlas Lions, whistling every Belgian touch.

But it was the Red Devils who created the first decent opening as Thorgan Hazard, one of three changes from the side which narrowly beat Canada, playing a delicious through-ball to Michy Batshuayi.

The former Chelsea and Crystal Palace man, who was Belgium’s match-winner against the Canadians, latched onto it but El Kajoui came out to block.

Gradually Morocco started to assert themselves and after 20 minutes Chelsea winger Ziyech’s left-foot shot from long range whistled just over the top of Courtois’ goal.

The African side started to feed off the energy of the crowd and Selim Amallah hooked a chance over.

Nayef Aguerd spotted a great run by Achraf Hakimi behind the Belgian back line, but the Paris St Germain right-back unable to find the target.

The Moroccan fans were up in arms in first-half injury time when they had a goal ruled out after a VAR check.

Ziyech’s whipped free-kick from the right, intended as a cross, found its way into the goal but it was disallowed after the technology detected captain Romain Saiss was in an offside position, and Mexican referee Cesar Ramos judged he was obstructing Courtois’ view of the ball as it sailed past him, and therefore ‘active’.

The setback did not derail Morocco and they started the second half brightly with Ziyech again calling Courtois into action, before El Kajoui had to save smartly at his near post to keep out an Eden Hazard shot.

Sofian Boufal was a whisker away as he cut inside from the left and curled an effort just beyond Courtois’ left-hand post, in a game which was now more end to end.

Morocco forged ahead in the 73rd minute, with a goal strikingly similar to the one disallowed earlier as Sabiri curled in a right-footed free-kick from the left and it found its way past Courtois at this near post.

Again Saiss was obstructing the Real Madrid goalkeeper’s view, but he was onside this time.

Belgium brought on Romelu Lukaku, who had not been deemed fit enough to start because of a hamstring problem, as Belgium coach Roberto Martinez chased the game.

Jan Vertonghen headed wide from a corner as the minutes slipped by, and Aboukhlal sealed an incredible win when he fired in at Courtois’ near post from Ziyech’s cut-back in injury time.

The group's other game saw Croatia, who play Belgium in the final round of matches, eliminate Canada after a 4-1 win. 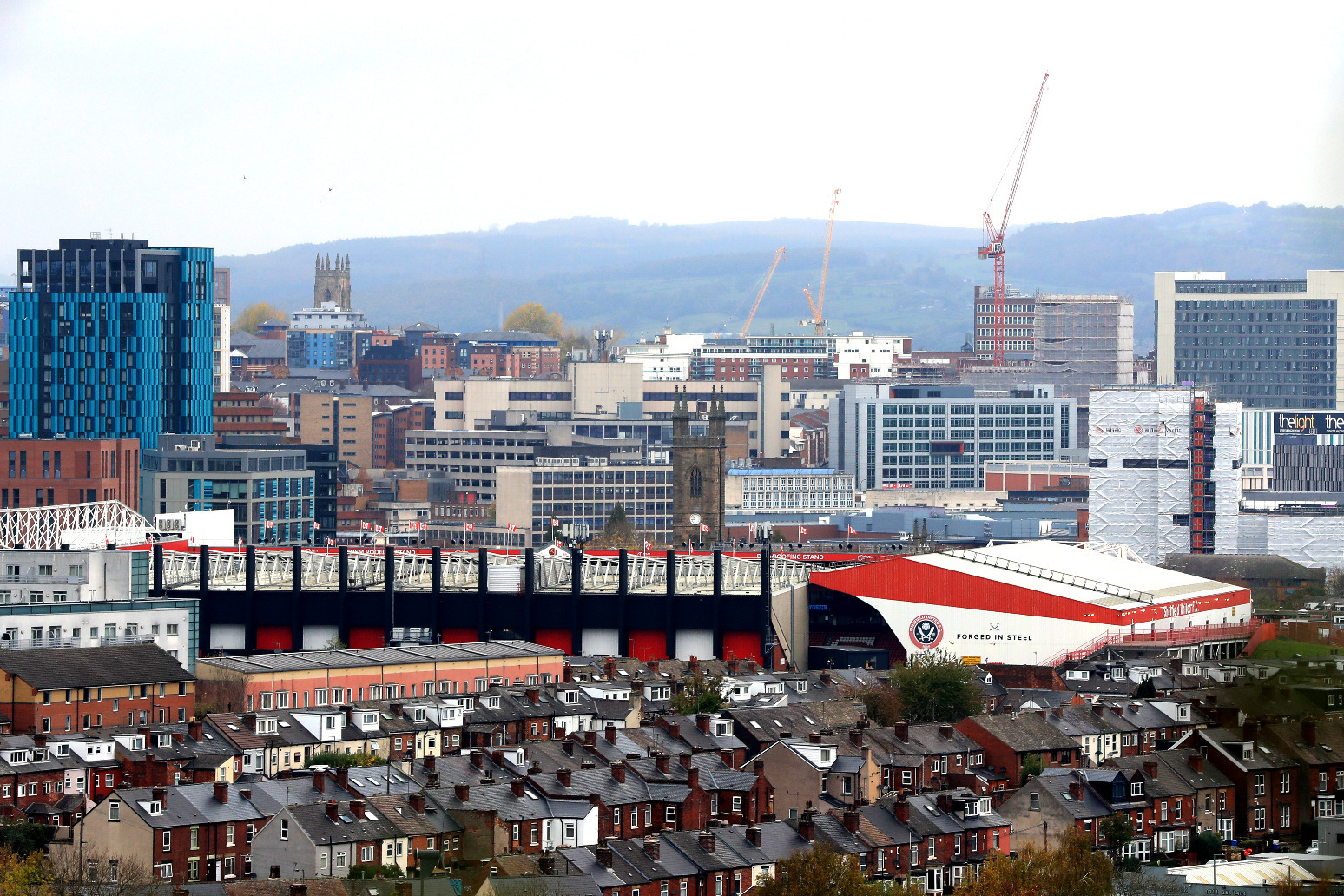 sheffield united have been placed under a transfer embargo after defaulting on a payment to another club, the english ... 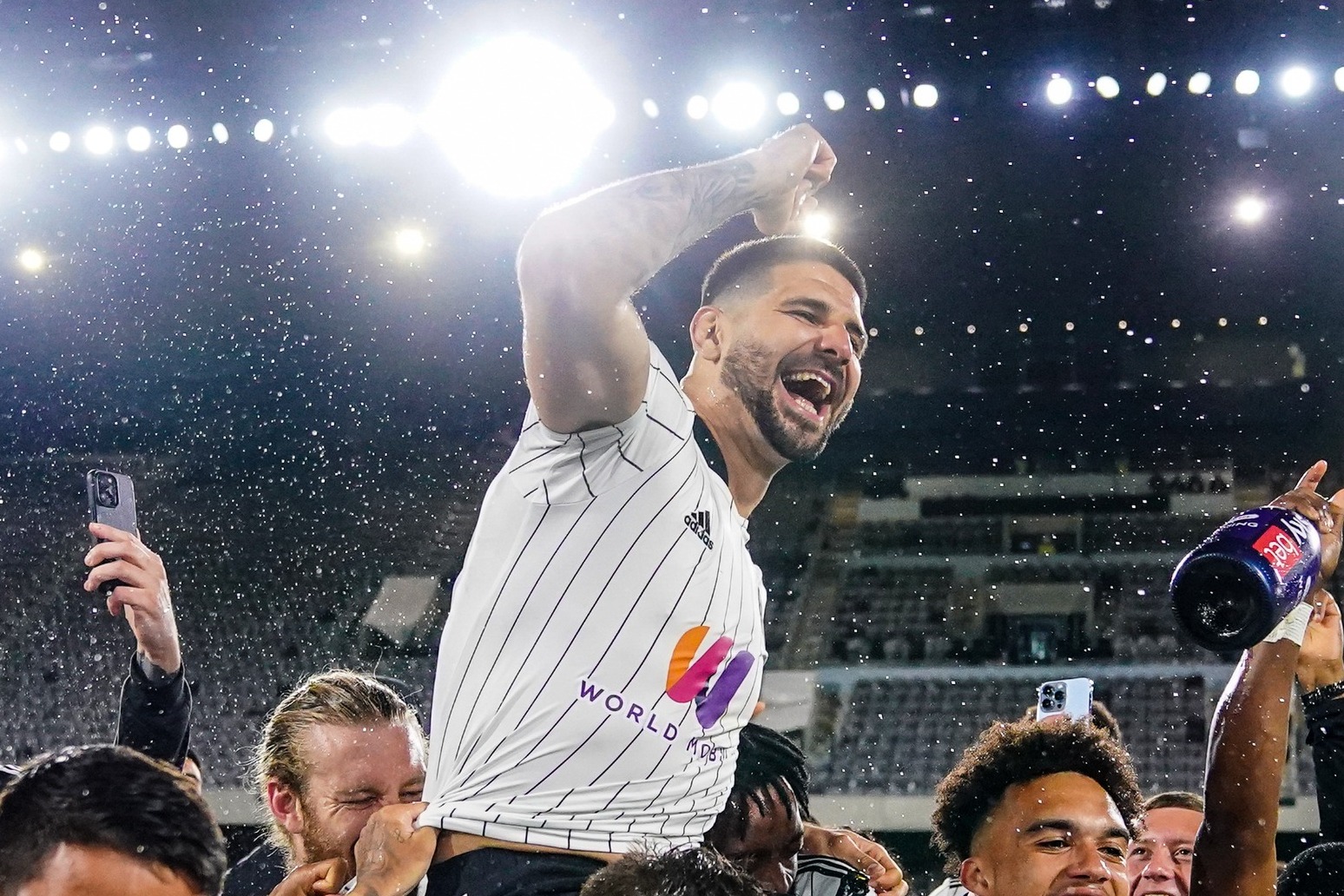 the serbian’s prodigious goalscoring has been key to the cottagers securing a return to the premier league at the ...