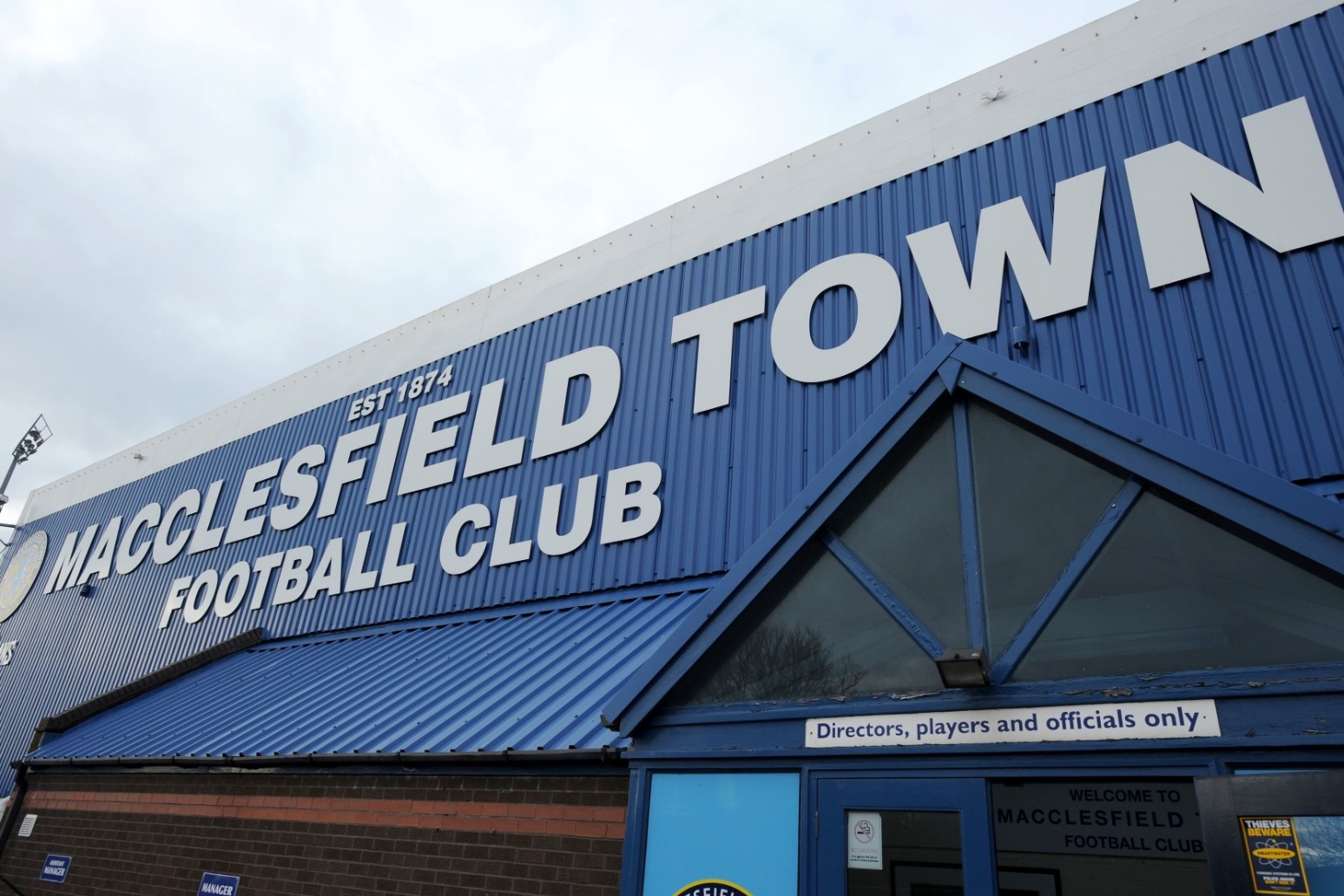 Macclesfield have been hit with a six-point deduction that has plunged the Silkmen into a relegation battle in Sky Bet League Two.

The penalty comes after the club pleaded guilty to numerous EFL charges following an Independent Disciplinary Committee hearing on Thursday.

The infringements include the players failing to be paid on time, and for pulling out of their League Two clash with Crewe on December 7.

The punishment means Town fall to 22nd in the table on 18 points, just three points above bottom side Morecambe.

A statement on the club's website confirmed the disciplinary proceedings.

It read: "Further to an Independent Disciplinary Committee hearing earlier today, Macclesfield Town can confirm that the club will be deducted six points as a result of pleading guilty to numerous EFL charges.

"These included non-payment of salaries on applicable due dates and the non-fulfilment of our League Two clash against Crewe Alexandra on December 7th 2019.

"A further four-point sanction has also been imposed on the club, which has been suspended at this time.

"The initial deduction will be made with immediate effect."

The game at home to Crewe was postponed after Macclesfield's players released a statement saying they would refuse to play the fixture due to non-payment of wages, adding that their emotional and mental wellbeing was at "rock bottom".

It is hoped the club will soon be under new ownership as a deal was agreed in principle earlier this month with local businessman Joe Sealey, the son of former Manchester United goalkeeper Les.

Sealey is aiming to complete a takeover from current owner Amar Alkadhi ahead of an Insolvency and Companies Court hearing on January 15.

Tax officials had asked for the club to be wound up because debts have not been paid, including to former manager Sol Campbell, who is owed £180,000.

In a hearing on Wednesday, a lawyer representing HM Revenue and Customs told Judge Barber that Macclesfield bosses said payment had been made.

The judge said she would allow time for the payment to clear.

Torres to sign off after Japan reunion with Iniesta, Villa

the 35-year-old former atletico madrid, liverpool, chelsea and ac milan forward told a news conference that he would bri...