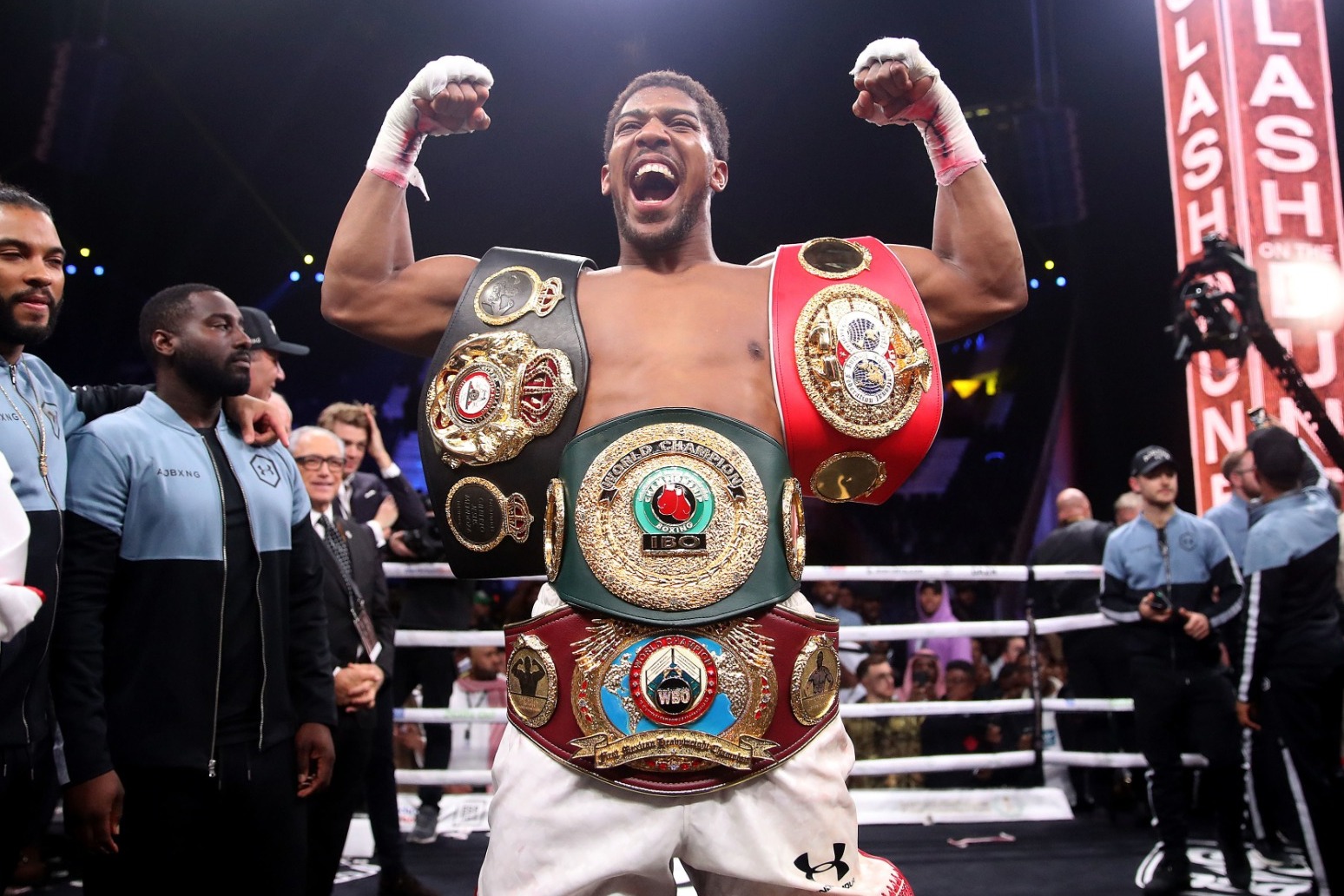 Joshua praises Oleksandr Usyk for ‘jumping in at the deep end’

Anthony Joshua has endorsed Oleksandr Usyk for rolling the dice in pursuit of world heavyweight title glory despite the Ukrainian’s limited experience in the blue riband division.

Usyk, 34, was the undisputed ruler at cruiserweight before setting his sights three years ago on the highest weight category, in pursuit of greater prizes, recognition and fortune, but he has had just two fights since then.

Relatively-unheralded American Chazz Witherspoon retired on his stool after seven rounds in October 2019, while British veteran Derek Chisora had moments of success 12 months later only to lose a close unanimous decision.

Rather than take more time to settle – Evander Holyfield had half a dozen bouts in-between ending his cruiserweight reign and challenging for heavyweight honours – Usyk is gunning for Joshua’s WBA, IBF and WBO crowns on Saturday.

While Joshua recognises his WBO mandatory is taking a gamble at the Tottenham Hotspur Stadium, where around 60,000 fans are expected to attend, the Briton thinks his opponent is better knowing now whether he has what it takes.

“When Holyfield came up to heavyweight I think he had six fights at heavyweight before he fought for the championship belt,” Joshua said. “Usyk’s fought two heavyweights, he’s jumping in at the deep end early on.

“But good luck to him, he must believe in himself. He wants to be at the top end early. It’s better to swim deep – get in there and get on with it – rather than tread water.

“You could still end up drowning anyway. You could still get caught in a current and drown. You might as well jump in the deep end and try to survive.”

Joshua will have noticeable advantages in height and reach and is expected to be heavier than his fellow London 2012 gold medallist by at least one stone, even if photos have shown him with a leaner physique in recent weeks.

“Advantages physically is one thing but it doesn’t make the world’s tallest man the heavyweight champion of the world. You have to have the mental capacity to do what you do. He’s coming to the ring confident, and so am I.

“In boxing, you have to be aggressive and beat that confidence out of your opponent. It’s easy to watch on YouTube and watch from the outside but until you’re in front of someone it’s then a completely different ballgame.

“This is heavyweight boxing and I’m the heavyweight champion of the world. I don’t play games. I’m here to win.”

Usyk will attempt to follow in the footsteps of compatriots Vitali and Wladimir Klitschko in winning a world heavyweight belt.

He is signed to the same K2 management company the Klitschkos were but Wladimir, beaten by Joshua in his last professional fight, is close to the Watford fighter, referring to him in the past as his “little bro”.

“He’s actually been very quiet in this build up,” Joshua said of the younger Klitschko.

“I spoke to him at the start and he said ‘I’m not taking sides. As you know, Usyk is a K2 fighter but good luck’. That’s all he said. That’s all I’ve heard from him since.”

Still only 31, Joshua, who is taking on Usyk after a prospective clash against WBC champion Tyson Fury fell through despite months of back and forth negotiations, believes he still has several of his best years ahead of him.

“You’ve got 36 to 40” he added. “After 36, how many years do you go beyond that? Do you do the full lot to 40? That’s where Floyd Mayweather went, Alexander Povetkin, Klitschko, guys in my generation.

“Forty seems like the age where they’re like ‘OK, you’ve done this for a long time now, champ’. (Between) 36 to 40 is when I start making decisions in terms of what I do with my career.

“I turn 32 in October so I’ve still got some good years ahead of me.” 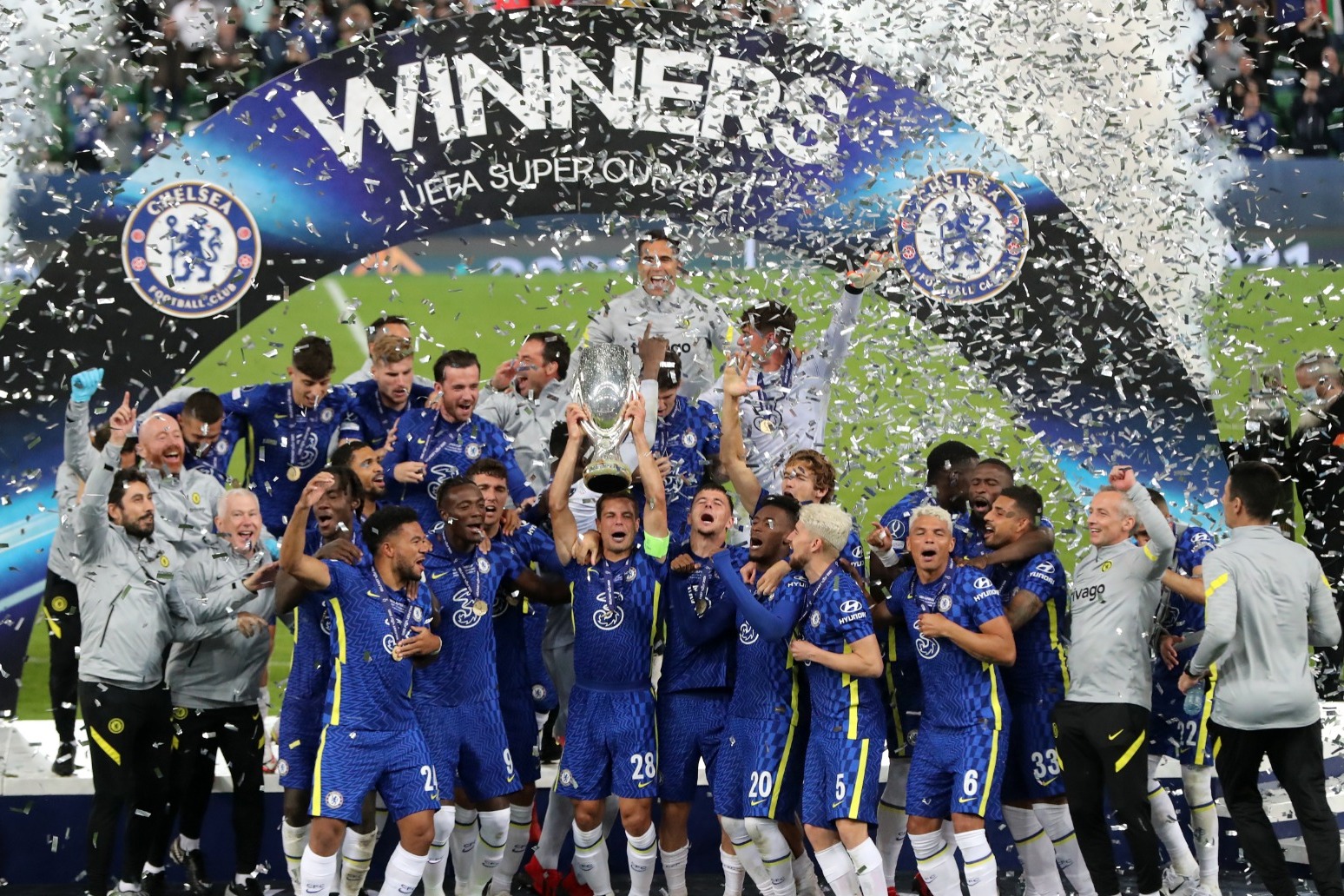 kepa arrizabalaga came off the bench to save two penalties and earn chelsea super league success in a shoot-ou...

it's for his role in last month's ball-tampering scandal in south africa. smith and warner were slapped with 12-months ...