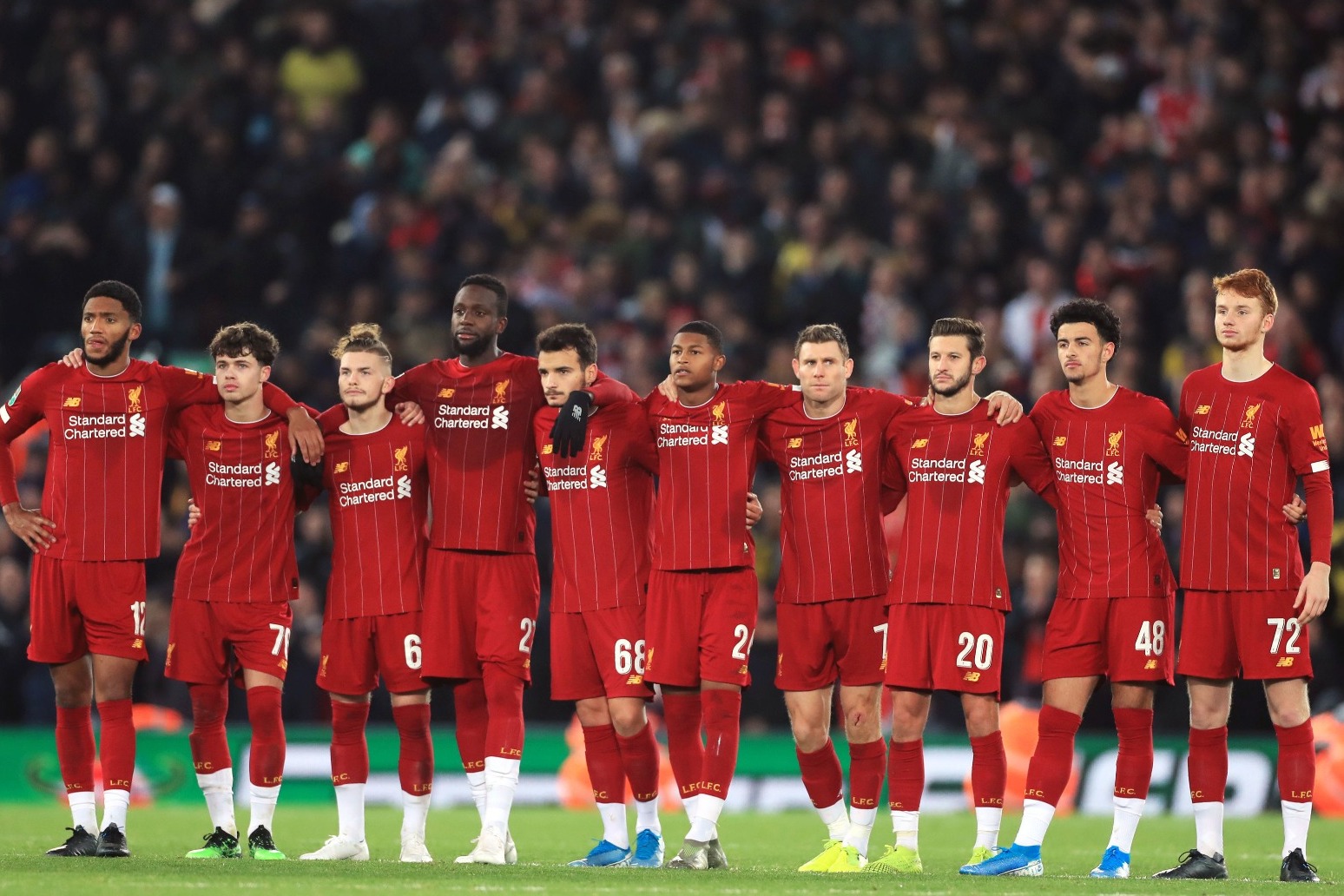 A crazy Carabao Cup fourth-round game had an equally dramatic finish as Liverpool beat Arsenal 5-4 in a shootout after a 5-5 draw in 90 minutes.

after Divock Origi's goal deep into added time to make it 5-5 had taken it to penalties at Anfield.

The game maybe did not have the aesthetic finesse of the 4-4 on this ground in 2009, when Andrey Arshavin scored all of the visitors' goals, but it was no less entertaining on a number of different levels.

Aside from 10 goals there were a couple of non-decisions which looked prime candidates to be overruled for VAR, had it been employed in this competition, backstories aplenty and, of course, Origi's added-time equaliser.

In the shootout Gunners' substitute Dani Ceballos was the only one to miss as teenage Scouser Curtis Jones scored the winner in front of the Kop.

The game was not quite the resurrection of the lesser-spotted Mesut Ozil, on only his third appearance of the season and first for over a month, but it provided a reminder of his abilities as he had a hand in three of Arsenal's goals.

His tactical withdrawal just past the hour came with Liverpool in the ascendancy having twice fought back from two-goal deficits to level at 4-4.

Origi had the honour of levelling things up with the hosts' second in four minutes after former Gunner Alex Oxlade-Chamberlain's brilliant strike from distance, his third in a week, looked like being the goal of the game.

Step forward Joe Willock - literally - as the midfielder advanced into a huge gap in front of him to fire home from even greater distance to add to Ainsley Maitland-Niles's earlier second-half goal.

At that point there were still 20 minutes left and it should have come as no surprise to seasoned Liverpool watchers that the equaliser would come deep into injury time, such has been their resilience in finding a way back into games.

Both managers made 11 changes for the tie with Arsenal having just two players - Maitland-Niles and Willock - who were in the XI defeated 3-1 here by a Liverpool side for whom none of the starting line-up on that day were even considered for the squad for this meeting.

Neco Williams, 18, made his senior debut for the Reds while Harvey Elliott, at 16 years and 209 days, became the youngest player to appear for the club at Anfield.

The last two League Cup meetings between these two on this ground produced 15 goals so Mustafi's sixth-minute own goal was par for the course.

Williams' pass down the line was crossed by Oxlade-Chamberlain and the Arsenal defender conceded under pressure from Rhian Brewster.

The make-up of both defences only contributed to the feeling of goals in the air and with Arsenal playing on the shoulder of the last defender saw them benefit from some marginal offside calls, with their equaliser the most favourable.

Bukayo Saka was left unmarked on the penalty spot and while his shot from Ozil's cut-back was parried by Caoimhin Kelleher, Torreira, who scored here in August, stabbed home.

Replays showed he was well offside but with no VAR the goal stood.

When Liverpool switched off at a free-kick Maitland-Niles ran free and Kelleher parried Sepp Van Den Berg's deflection to Martinelli who rammed home.

The absence of VAR cost Liverpool again when Naby Keita's shot hit the outstretched hand of Hector Bellerin but justice was seemingly done from the resulting corner when Elliott was fouled by Martinelli and Milner dispatched the penalty.

Origi should have powered home a header from Elliott's cross seconds before the break but the biggest surprise of the night was Milner leaving a backpass short 10 minutes into the second half.

Maitland-Niles overran the ball but Ozil's brilliant dragback retrieved the ball inches from the byline presenting his team-mate with the simplest of goals.

Oxlade-Chamberlain and Origi ensured it remained a contest until the latter, a hero on this ground just over five months ago in the remarkable Champions League comeback against Barcelona, struck with a volley four minutes into added time.

liverpool, having beaten bottom club fulham 2-0 at anfield, will go into the international break in second place after r...

Spurs battle back to earn Turin draw against Juventus

gonzalo higuain struck for juve after two minutes and again from the penalty spot after nine as tottenham were rocked, b...