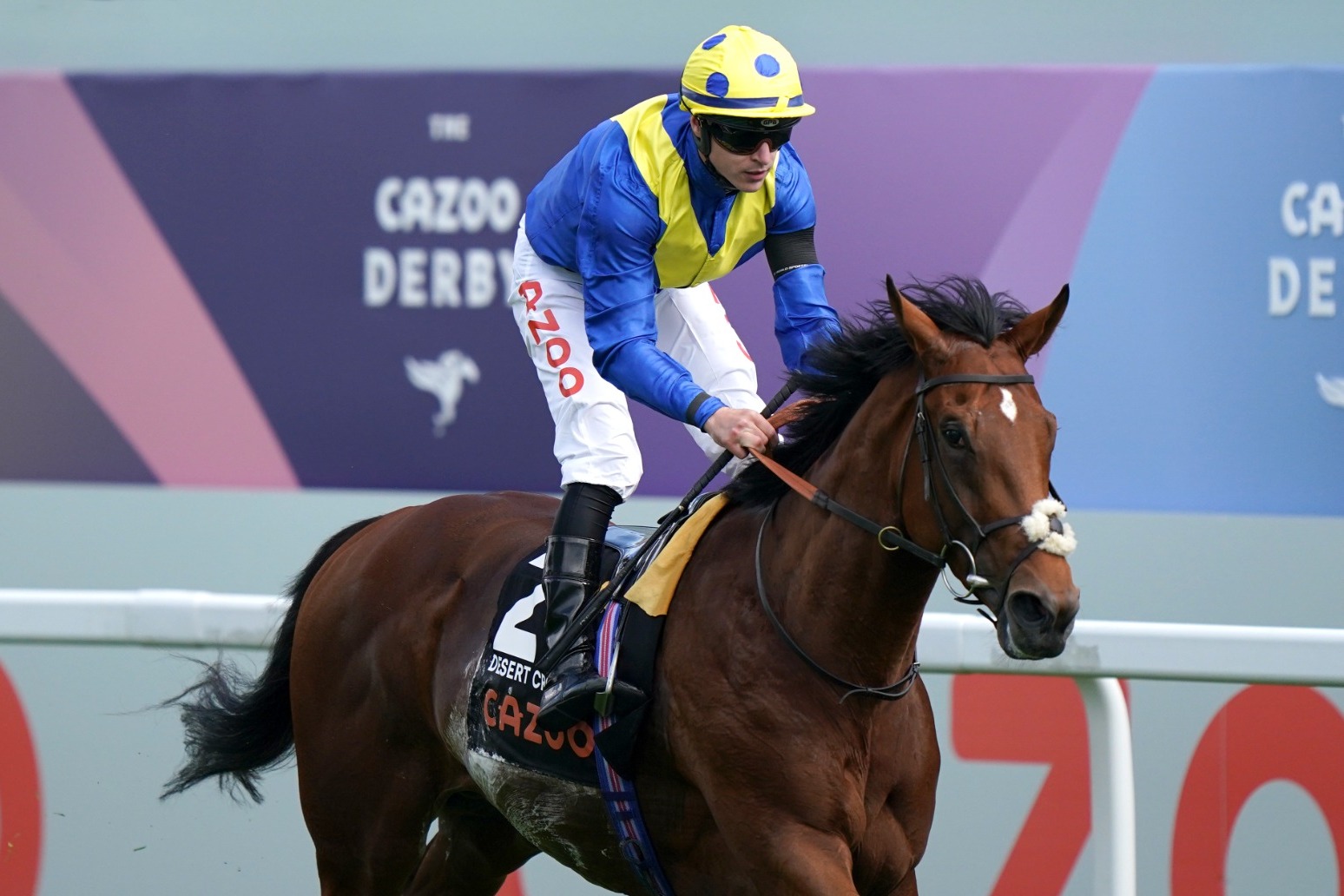 Princess Anne was there, with the Queen reportedly watching on TV at Windsor Castle

Memories of 1981 came flooding back as Desert Crown stormed to success in the Cazoo Derby, to provide Sir Michael Stoute with his sixth victory in the premier Classic.

It was that year that Stoute first struck gold at Epsom with the incomparable Shergar, but the 2022 model, a lightly-raced son of Nathaniel, did his best impression of the great horse as Richard Kingscote produced a textbook effort in the saddle for a first British Classic win on just his second Derby ride.

Desert Crown was posted wide in mid-division in the early stages as Kingscote strived to settle the 5-2 favourite in the ideal position, but his class soon saw him tracking the Ballydoyle trio of Changingoftheguard, Star Of India and Stone Age, as well as the Simon and Ed Crisford-trained West Wind Blows, who had joined the O’Brien runners in front rank.

The race was put to bed shortly into the home straight, with Kingscote electing not to wait any longer with the smooth travelling colt approaching the two-furlong pole, allowing his mount to stride to the front and lap up the adulation of the sell-out crowd.

He only needed to be ridden out to record a two-and-a-half-length victory from 150-1 outsider Hoo Ya Mal.

Ralph Beckett’s Westover can perhaps count himself unlucky in third having been held behind the fading early pacesetters, but the day belonged to Stoute and Kingscote, with the Barbadian picking up his first Derby since Workforce’s victory in 2010.

Kingscote was full of praise for Desert Crown, who was having just his third racecourse outing.

He said: “He was very good today, very smooth and for a horse that has only run twice, he was very professional. He took all the prelims beautifully and I was really pleased with.

“Every time I have sat on him he’s been very calm and today was no exception. I couldn’t fault him, he went to the start and then fireworks went off and he was a lovely ride.

“He jumped really well, he does have a hood in the stalls, but he was out really well. Sir Michael was keen for me to try to take a reasonable pitch. I was hung out a little wide once we crossed over, took a little time and it wasn’t until the seven (furlong marker) I was able to slide one off the fence and from there he was very comfortable. He came down the hill really well balanced and changed leads over the road and off he went to top gear.

“He was probably getting there a little soon, but it meant I was able to pull him up.

“The others just weren’t able to take him along – it just shows he has a good deal about him.”

Asked if Desert Crown could be as effective over 10 furlongs, Kingscote added: “He does have gears, he got to the line very well but honestly I couldn’t pigeon hole him. He’s very likeable and has class but the rest is up to Sir Michael, he knows better than me.”

Kingscote joins an elite band of riders to have partnered a Derby winner for Stoute, joining Walter Swinburn, Kieren Fallon and Ryan Moore.

He said: “I think it’s quite surreal because as a jockey maybe you don’t see yourself among jockeys like that and it’s only through the support of other people that you’re able to do it. I think it took a lot of guts from Sir Michael and the owner to stick with me in a Derby, so I’m very grateful to them for supporting me and letting me ride a very good horse.

“I’m not a champion jockey, I’m not Ryan Moore – I guess I’ve had a good career, but I’ve not had a starlet career. I think it takes a lot of support for them not to look elsewhere.

“In the last two years, being supported by the likes of Sir Michael, gives you confidence as a rider and I think it’s done me good.” 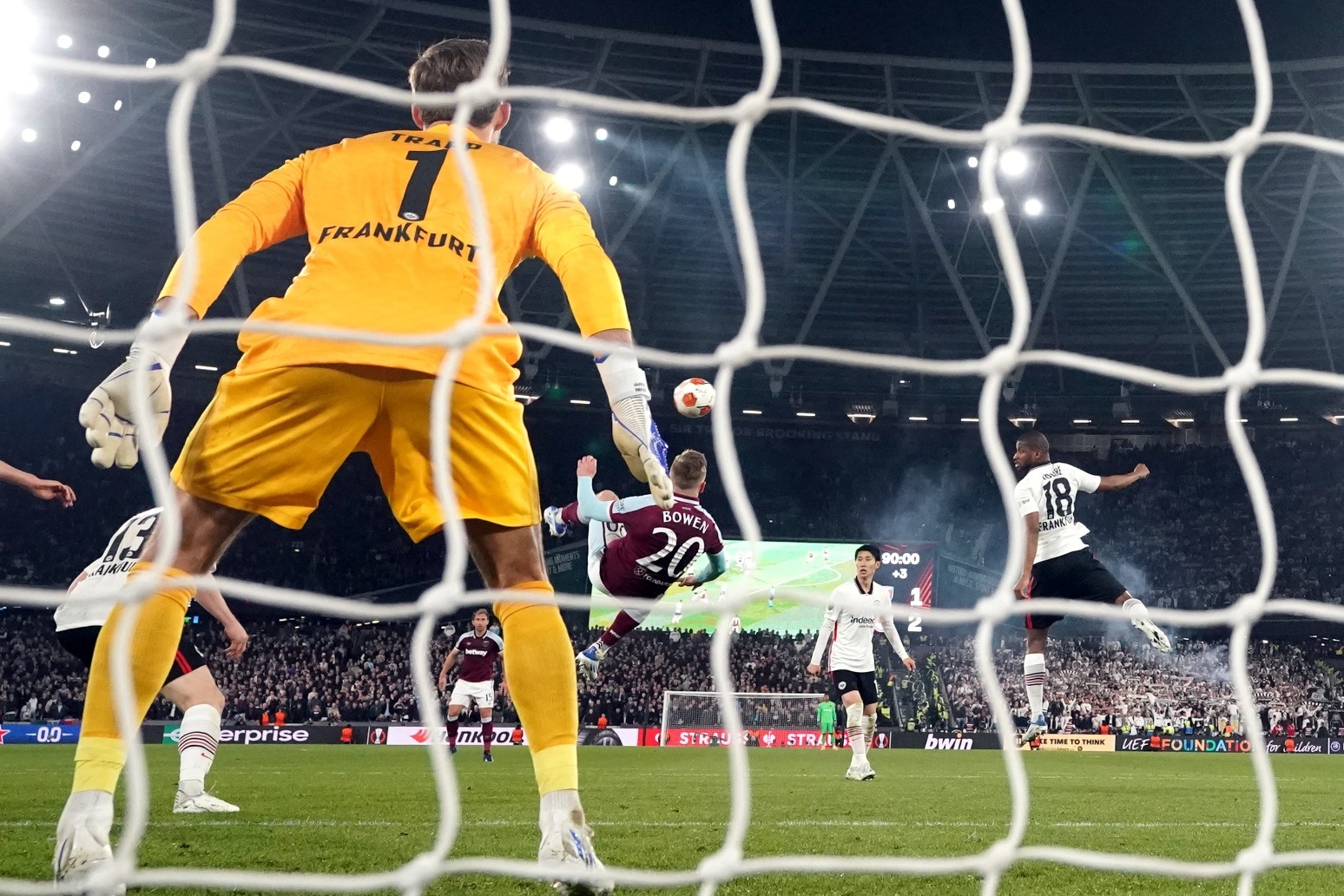 david moyes’ side were left to rue defensive errors which allowed frankfurt to take the lead inside the opening mi... 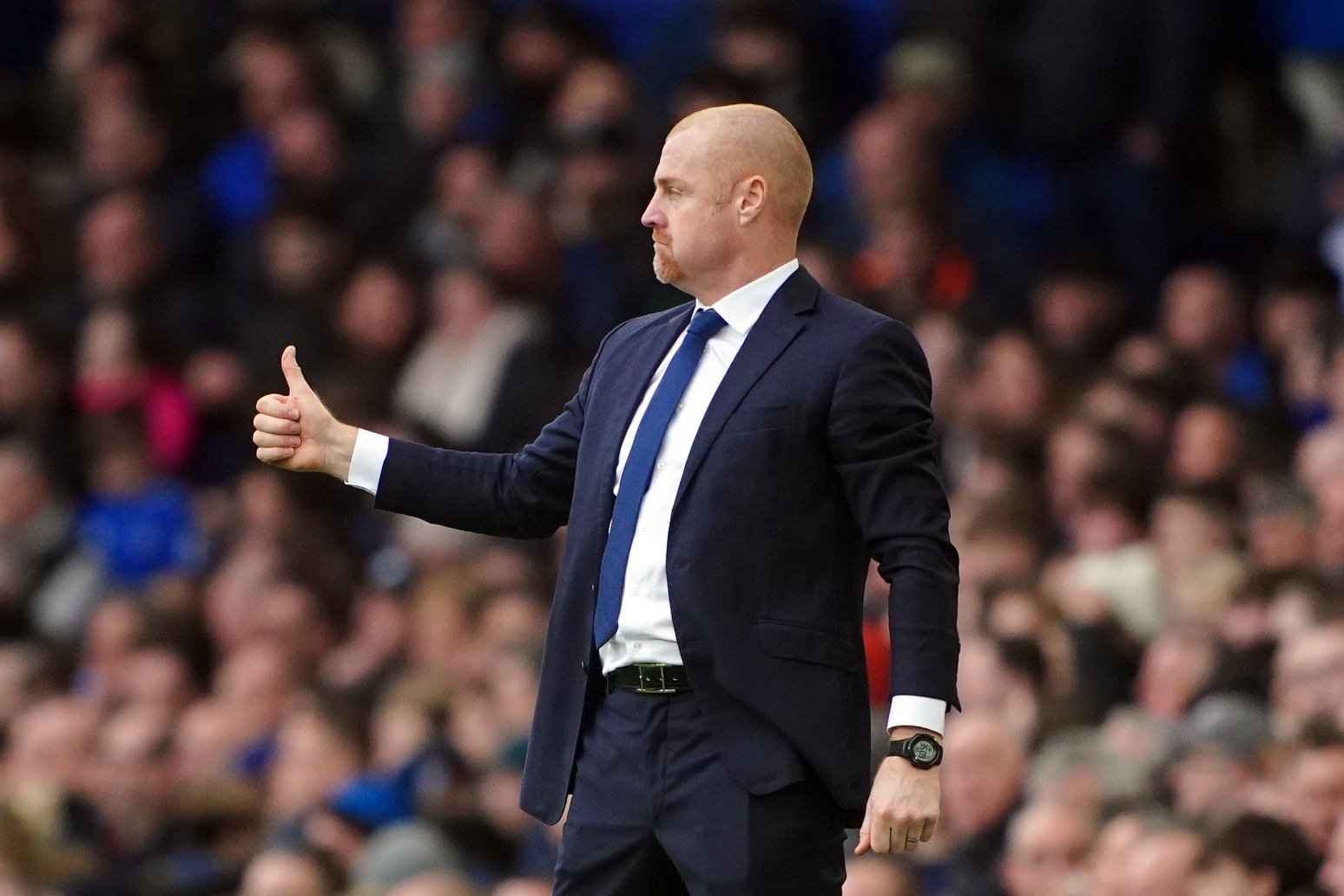 the ex-clarets boss insisted he did not have any “magic dust” to sprinkle on a struggling squad – the ...