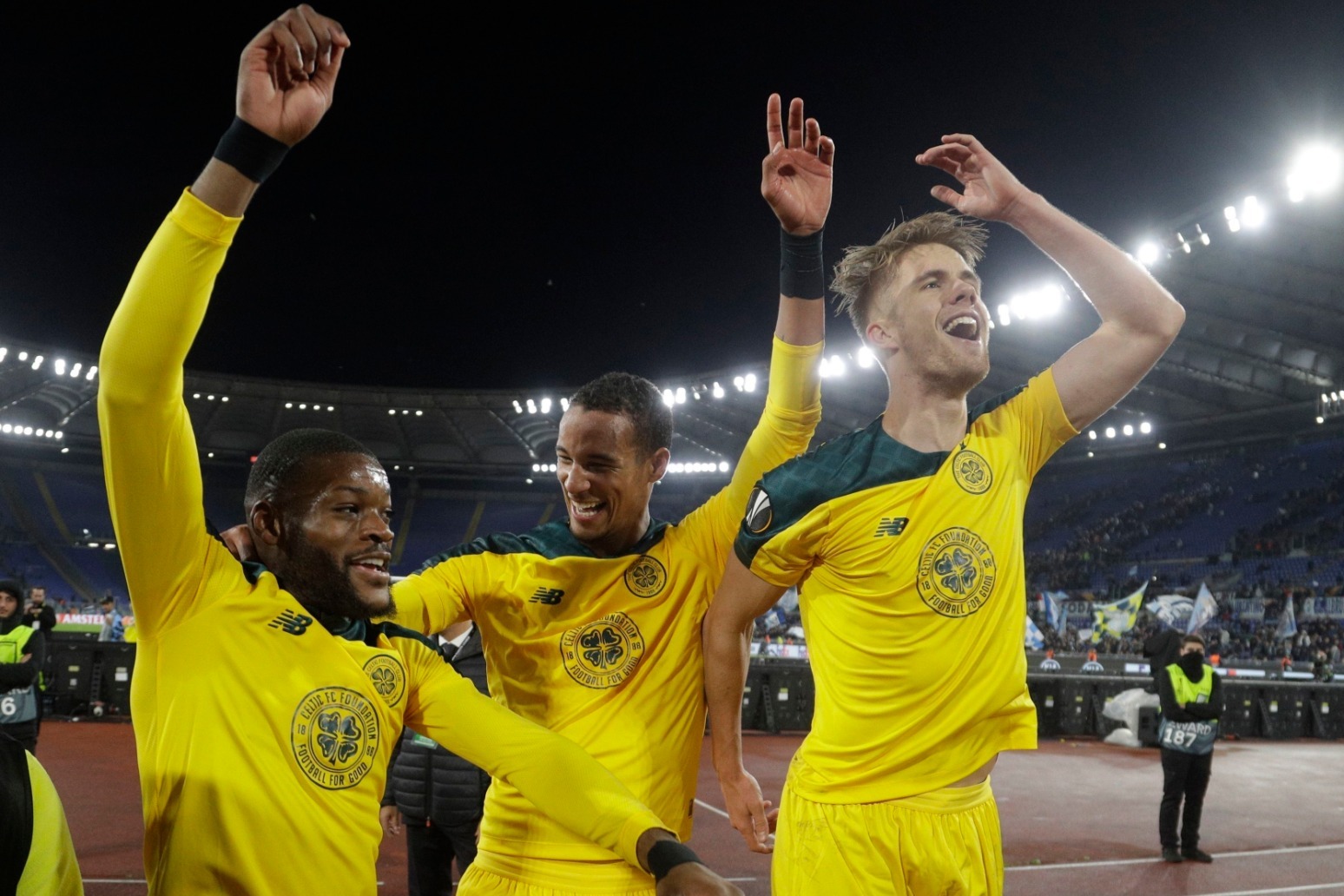 Olivier Ntcham scored a stunning stoppage-time winner as Celtic sealed their place in the last 32 of the Europa League with a 2-1 victory at Lazio. Substitute Ntcham sent a delightful chip over home keeper Thomas Strakosha five minutes into injury time as the Hoops secured their first win on Italian soil in 13 attempts.

Ciro Immobile had given Lazio a seventh-minute lead but James Forrest levelled for Celtic just before the break.

Celtic's progression from Group E was confirmed when Cluj took a firm grip on second place with a 1-0 home win over Rennes.

Second-half substitute Mario Rondon made a dramatic impact on the game as he netted the winner for the Romanians in the 87th minute, and was then sent off in injury time.

Manchester United also secured their qualification for the next stage after casting their domestic woes aside to claim a convincing 3-0 win over Partizan Belgrade at Old Trafford.

In the other Group L match, Myron Boadu scored twice as AZ Alkmaar maintained their strong challenge with a 5-0 win over Astana in Kazakhstan.

Sevilla stretched their 100 per cent record and guaranteed themselves top spot in Group A after a 5-2 win at Dudelange.

Two goals each from Munir El Haddadi and Munas Dabbur put the Spanish side out of sight before half-time, and the former completed his hat-trick in the 67th minute before Danel Sinani struck a consolation brace for the outclassed hosts.

Also in Group A, APOEL took over second place on goal difference after a 2-1 win over Qarabag.

Daniel Schwaab had given PSV a fifth-minute lead from the penalty spot but second-half goals from Reinhold Ranftl, Dominik Frieser and a brace for Joao Klauss sent LASK soaring into second place.

Sporting maintained their lead in the group with a 2-0 win at Rosenborg, thanks to first-half strikes from Sebastian Coates and Bruno Fernandes.

Maxime Lestienne scored an injury-time winner as Standard Liege moved up to second place in Group F with a 2-1 win over Eintracht Frankfurt.

Group B remains wide open after joint leaders Copenhagen and Dynamo Kiev drew 1-1 in Denmark. Malmo missed the chance to take over at the top as they were held to a goalless draw at Lugano.

Fabian Frei hit the winner on the hour mark as Basel beat Getafe to move four points clear at the top of Group C and ensure they will progress to the knockout stages. Krasnodar moved into joint second place after beating Trabzonspor 3-1.

Two goals from Paulinho helped Sporting Braga maintain their advantage at the top of Group K with a 3-1 win over pointless Besiktas, while a winner deep into injury time from Raul Jimenez strengthened Wolves' grip on second place with a 1-0 win over Slovan Bratislava.

Bundesliga leaders Borussia Monchengladbach claimed their first win in Group J as Marcus Thuram scored in injury time to snatch a 2-1 victory over Roma, after Federico Fazio had scored at both ends.

Roma's defeat saw the Germans pull level in second place while Istanbul Basaksehir took over at the top with a 3-1 win at Wolfsberger SC.

Espanyol qualified from Group H with a 6-0 thrashing of second-placed Ludogorets, while CSKA Moscow picked up their first point with a goalless draw at Ferencvaros.

Rangers beat Porto 2-0 to join Young Boys at the top of Group G, after the Swiss side were held to a 1-1 draw at bottom club Feyenoord.

In Group I, Gent won 3-1 at Wolfsburg to leapfrog the Germans into first place, while Oleksandria and St Etienne drew 2-2 in Ukraine. 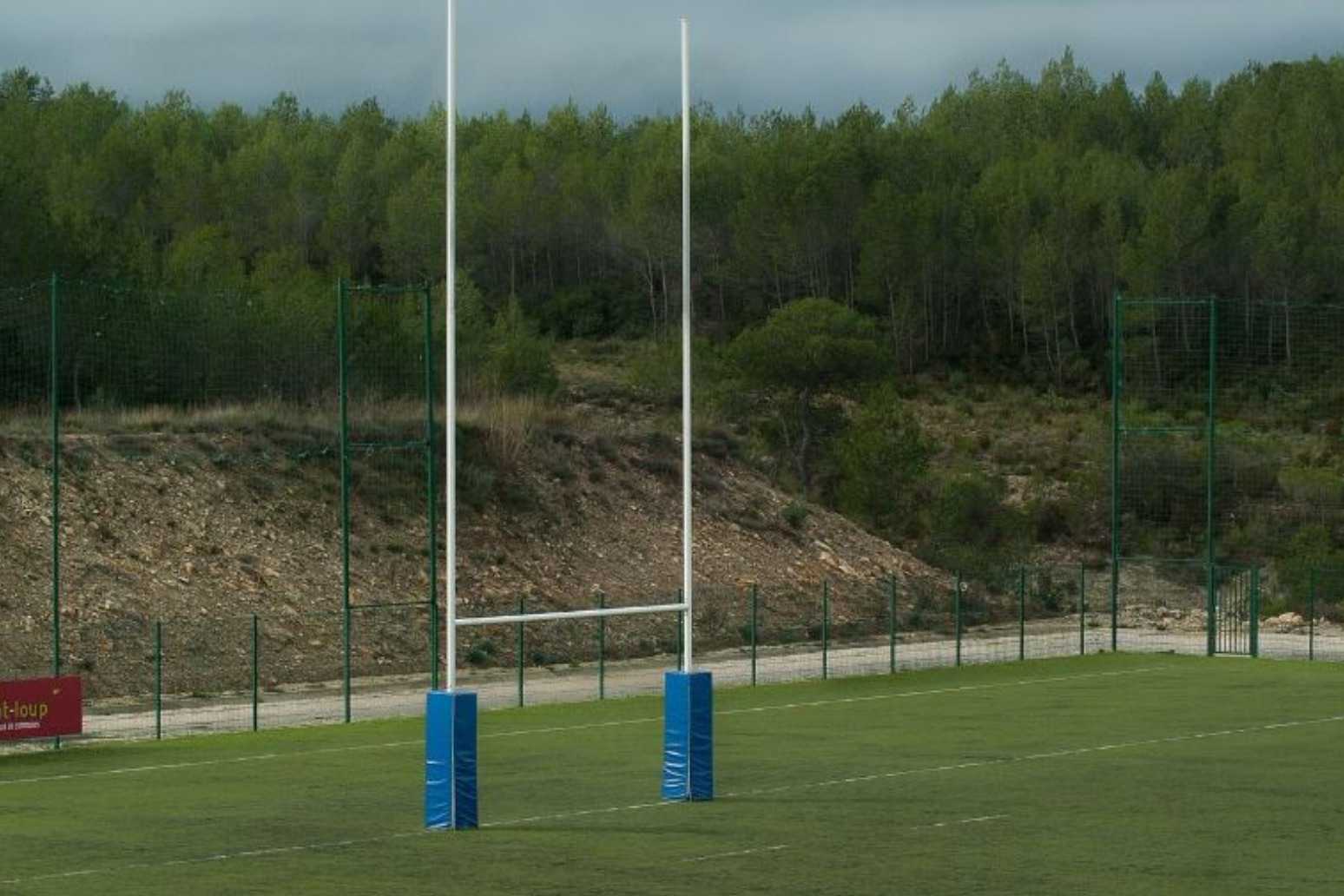 Cardiff relegated from the Premier League

it was a result that ensured brighton & hove albion stay up. cardiff needed a win to stand any chance of catch...