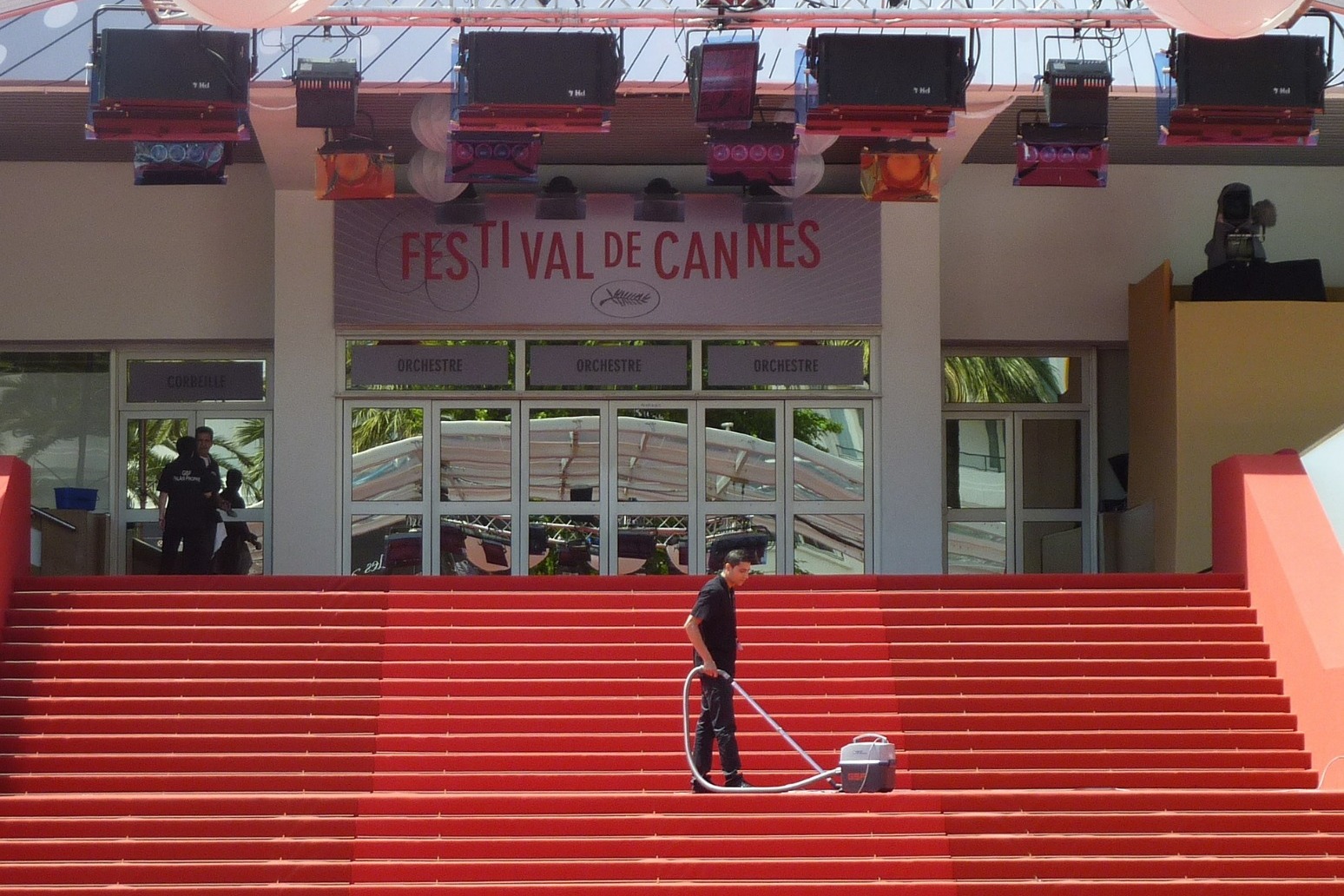 Sporting a sequinned "EJ" rocket on his lapel, Elton John beamed his way down the Cannes red carpet on Thursday to see the premiere of his own biopic - "Rocketman".

The movie, starring Taron Egerton, tracks the singer's first steps in the music business, from his tentative tryouts on the piano as a child to his explosion onto the U.S. scene and its drug and alcohol-fuelled party world.

Although not competing for awards, it was still one of the most anticipated screenings of the film festival on the French Riviera. Actresses including Julianne Moore and Priyanka Chopra lined up on the Croisette's famous steps to see the movie, an all-singing, all-dancing depiction of John's most famous hits.

Accompanied by his husband David Furnish, John posed for photographers alongside the cast in heart-shaped, jewel-encrusted sunglasses.

Directed by Dexter Fletcher, who also worked with Egerton on "Eddie The Eagle", the biopic has echoes of traditional Hollywood musicals, with dance scenes set in a fairground or down the local pub during flashbacks to John's teenage years.

Born Reginald Dwight in Middlesex, England, Elton John - whose stage name is half stolen from a friend, and half from John Lennon of the Beatles - went on to become one of the world's best-selling artists.

The film delves into the "Crocodile Rock" singer's uneasy relationship with an unfeeling father and a harsh mother, as well as a toxic early relationship which contributes to the singer's descent into addiction.

But it also celebrates some of John's enduring friendships, including with Bernie Taupin, who penned the lyrics to his greatest hits, including "Your Song", which helped propel the singer into superstardom.

Taupin was also present at the screening, where crowds - including actors Eva Longoria and Shailene Woodley - erupted into applause as it drew to a close, while an emotional Egerton was in tears.

the geordie duo picked up the award for the 19th time in a row at the ceremony on tuesday. the britain's got talent hos...

the oscar-nominated british actor is part of star wars: the rise of skywalker's star-studded cast which includ...