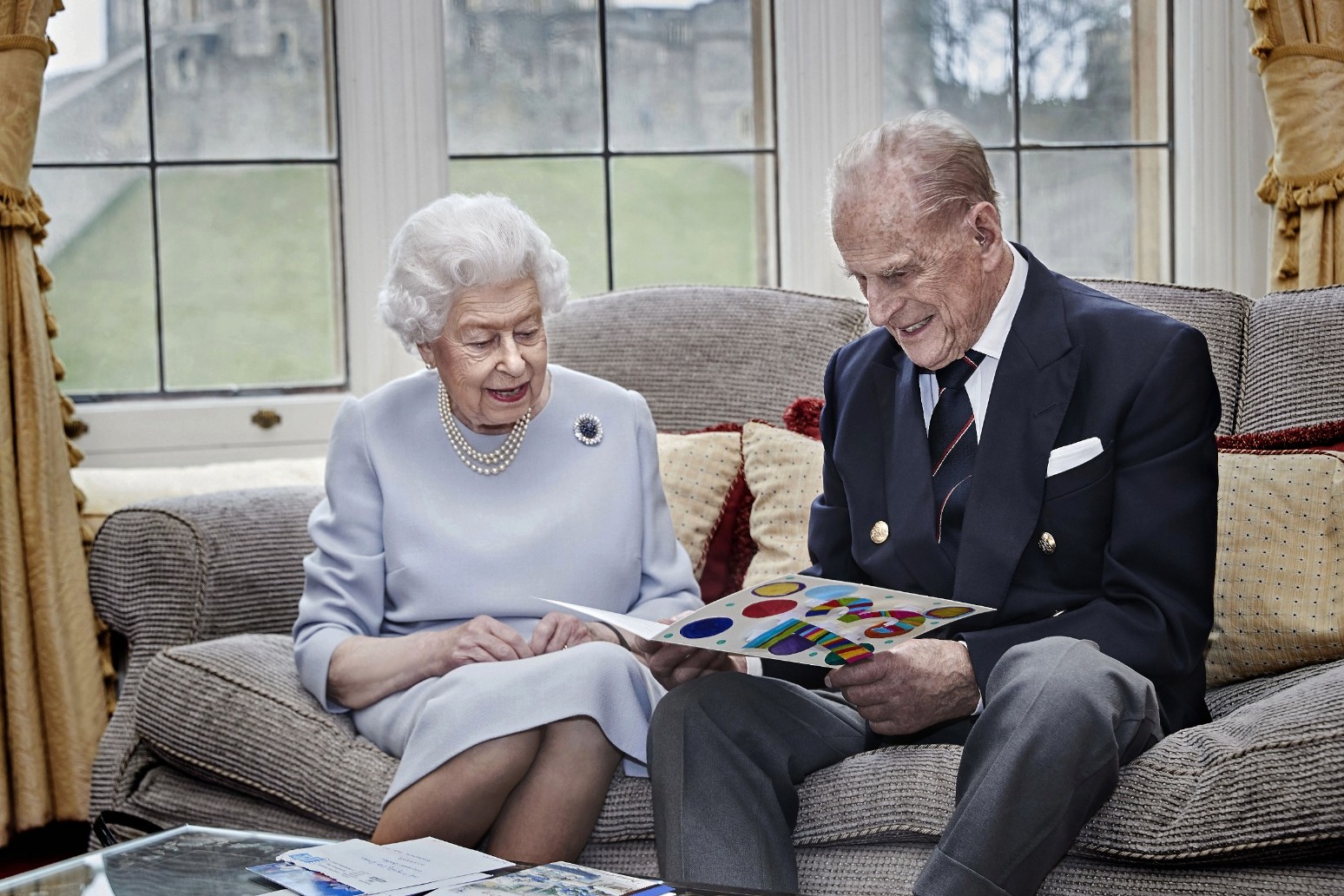 The Queen and Duke of Edinburgh have marked their 73rd wedding anniversary by releasing a photograph showing them opening a card from the Duke and Duchess of Cambridge’s children.

The colourful homemade gift was created by Prince George, Princess Charlotte and Prince Louis, and is emblazoned with the number 73 – that pops out from the front of the card.

In the touching image, the Queen and duke are sat on a sofa in Windsor Castle’s Oak Room and appear to be reading the card’s message from George, a future king, and his siblings.

The picture, taken by Chris Jackson from Getty Images, also shows a small pile of anniversary cards and letters sent by well-wishers on a nearby table.

The monarch, 94, was a 21-year-old princess when she married the dashing Lieutenant Philip Mountbatten at Westminster Abbey on November 20 1947.

Their enduring relationship has lasted the longest of any British sovereign and Philip has been at the Queen’s side throughout the decades, supporting her as she devotes herself to her role as head of state.

The Queen and the duke, who has retired from public duties, are spending the lockdown in England isolating at Windsor Castle, and anniversary celebrations are expected to be low-key.

There is no traditional gift, jewel or colour associated with 73rd wedding anniversaries in the UK.

In the new photograph, the Queen is wearing a pale blue double wool crepe dress by Stewart Parvin and a chrysanthemum brooch made from sapphires and diamonds set in platinum, while Philip wears a blazer, shirt, tie and trousers.

The head of state, when Princess Elizabeth, was photographed wearing the brooch in images taken on her honeymoon at Broadlands in Hampshire, and again in pictures released to mark the Queen and duke’s 60th wedding anniversary in 2007.

The past year has been a tumultuous one for the nation, with people learning to live with coronavirus that has had a profound impact on all aspects of society.

Royal events moved online during the first national lockdown, with the Queen holding virtual engagements via video calls and meetings by phone.

In the spring, the Duke and Duchess of Sussex stepped down as working royals for financial freedom and now live in California after signing a lucrative Netflix deal and appear poised to announce projects through their charitable body Archewell.

Philip celebrated his 99th birthday on June 10 and a joint portrait with the Queen was released to mark the milestone.

The Queen and the duke have also just celebrated the 72nd birthday of their eldest child, the Prince of Wales.

During the summer the Queen’s consort made a rare public appearance when he stepped down as Colonel-in-Chief of The Rifles and the Duchess of Cornwall took up the role.

Their long union is seen as a key source of stability within the monarchy.

Together they have celebrated the silver, golden and diamond jubilees of the Queen’s reign, and faced ups and downs over the years including the breakdown of three of their four children’s marriages, and the backlash which followed the death of Diana, Princess of Wales.

On their golden wedding anniversary in 1997, the Queen paid a touching tribute to her husband, saying: “He has, quite simply, been my strength and stay all these years.”

Philip used the occasion to praise the Queen for her abundance of tolerance.

“I think the main lesson that we have learnt is that tolerance is the one essential ingredient of any happy marriage,” he said. 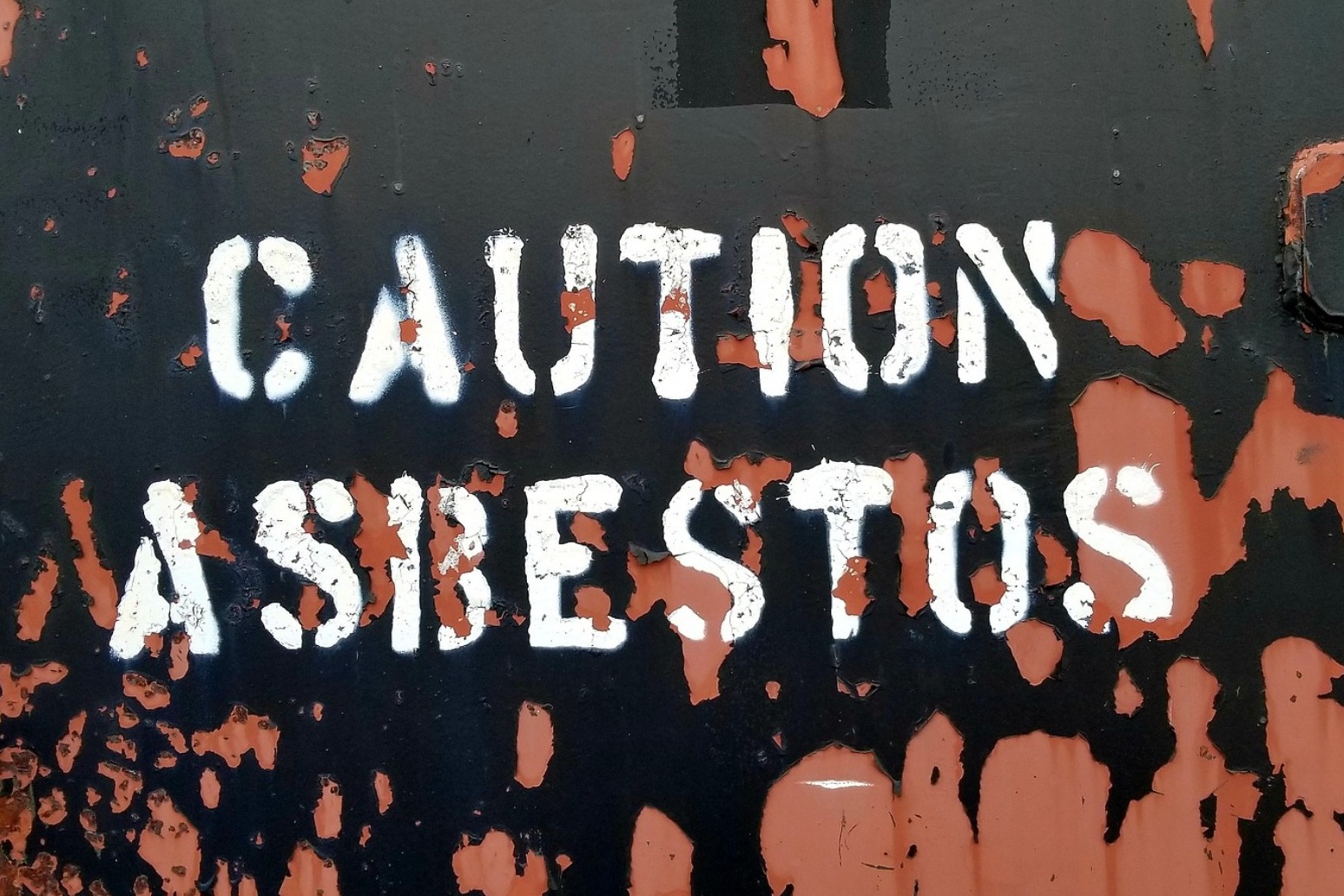 the decline in shares erased about $40 billion from the company's market capitalization, with investors worrying about t...

May fights for control as lawmakers aim to seize Brexit process

at one of the most important junctures for the country in at least a generation, british politics was at fever pitch and...