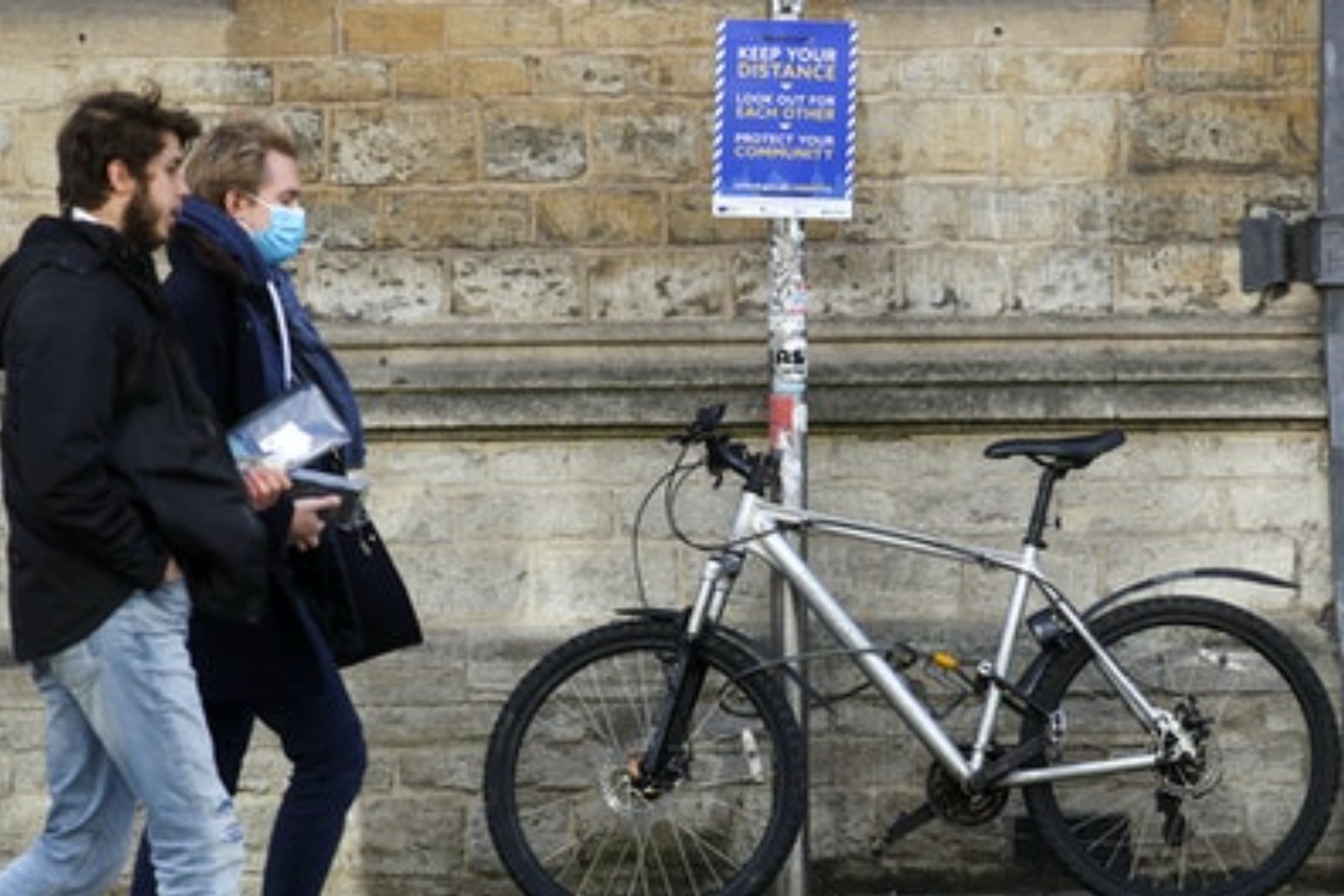 University students in England will be allowed to travel home in early December so families can be reunited for Christmas under Government guidance for the coronavirus pandemic. Institutions will be told by the Department for Education (DfE) to end in-person teaching and switch to online classes so they can return between December 3-9.

The boost for students comes as the NHS was preparing to be able to start delivering a potential Covid-19 vaccine from the beginning of next month in the event it is approved.

Under guidance published on Wednesday, universities will be told to set staggered departure dates during the “student travel window” so they can safely return home.

It is hoped the risk of transmission will be reduced as students will be travelling after the four-week period of national restrictions in England.

Deputy chief medical officer Dr Jenny Harries said: “The mass movement of students across the country at the end of term presents a really significant challenge within the Covid-19 response.

“The measures announced today will help minimise that risk and help students get home to their families as safely as possible for Christmas. It is crucial that students follow the guidance in order to protect their families and the communities they return to.”

Meanwhile, the Government announced that 532 more people had died within 28 days of testing positive for Covid-19, the highest figure reported in a single day since May 12 and brings the UK total to 49,770.

Matt Hancock said the UK’s medicines regulator could approve the Pfizer or Oxford vaccines within days of a licence application being submitted due to rolling analysis of the data.

The Health Secretary told the Commons the focus was on delivering the jabs if they pass safety tests and are approved by regulators, with a further vaccine possibly coming next summer.

Earlier on Tuesday, Mr Hancock said the military and NHS staff are on standby to roll out a Covid-19 vaccine across the UK from the start of December and will work “seven days a week”, with GPs, new vaccination centres and pharmacists all playing a role.

Pop-up vaccination clinics are also expected to be used in some areas.

But the Royal College of GPs questioned which work they should stop in order to fulfil the vaccine programme.

Its chairman, Professor Martin Marshall, said: “The workload and resource pressures that were facing general practice before the pandemic still exist and they need to be addressed.

“GPs and our teams won’t be able to deliver this programme alone.”

Mr Hancock said there were many hurdles to overcome before the “vast task” of vaccination could begin, including thorough examination of clinical trial data.

But he said the NHS was leading the work to get a vaccine to those most in need as soon as possible, including the elderly and health and care staff, though most other people will not get a jab until 2021.

The roll-out of a vaccine would ease the pressure on Prime Minister Boris Johnson to avoid having to extend the national lockdown in England when it expires on December 2.

Senior Conservative backbenchers, including former Brexit minister Steve Baker, have formed a “Covid recovery group” to resist such a move.

Experts hope that the first phase of vaccination of priority groups could prevent the vast majority of deaths from Covid-19.

Asked whether a vaccine could be available by Christmas, Mr Hancock said that was “absolutely a possibility”, adding that vaccination clinics would be open on bank holidays and weekends.

The UK Government has ordered 40 million doses of the Pfizer vaccine – enough for about a third of the UK population.

It expects 10 million of these doses to arrive in the UK before the end of this year, with people given two doses, 21 days apart.

a statement released said. “we see the groundless allegations of russia’s involvement in the salisbury inci...