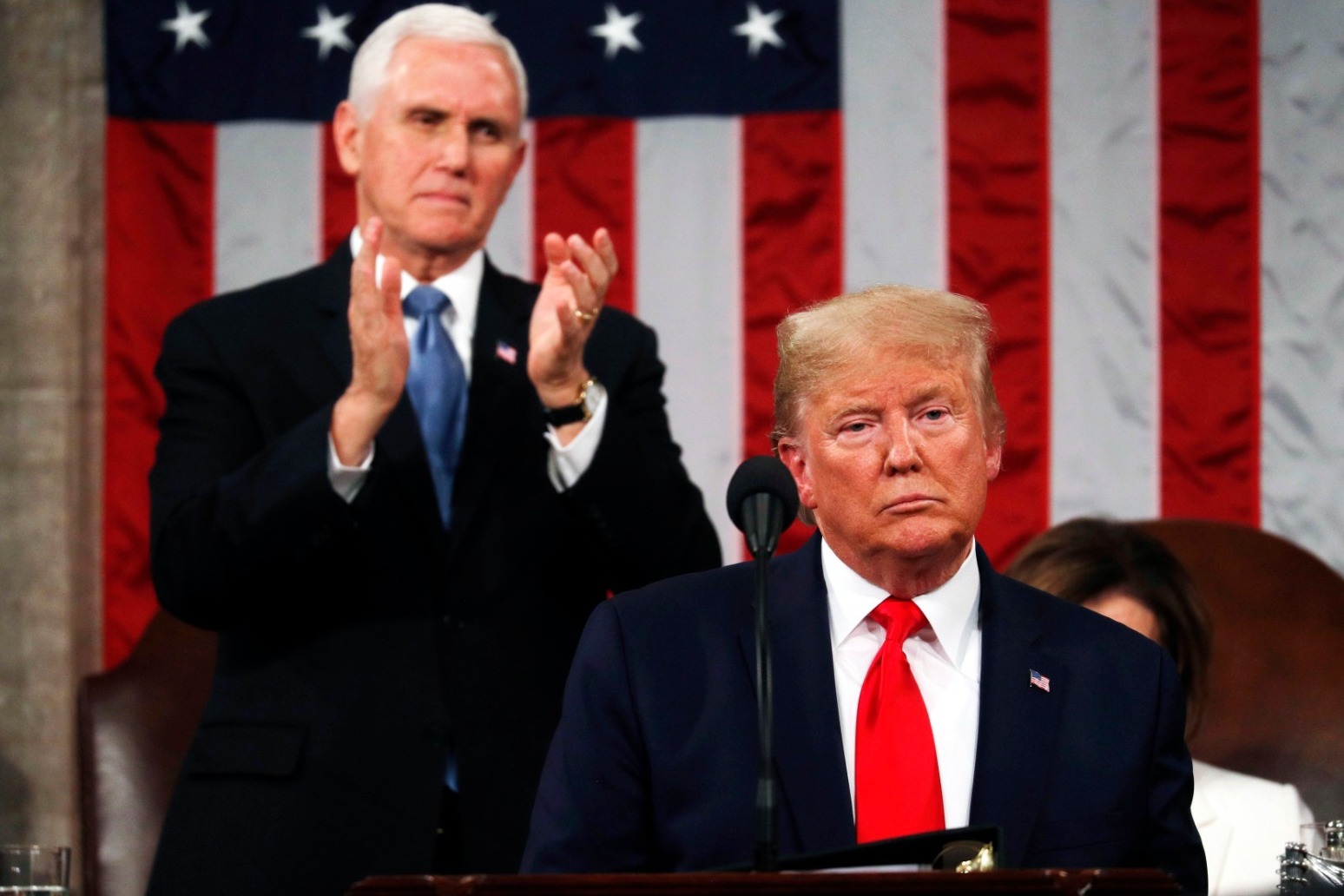 President Donald Trump strode ahead in his re-election fight with a united Republican Party behind him as the final gavel banged down Wednesday on impeachment. He has been emboldened by reassuring poll numbers and chaos in the Democratic race to replace him.

Republican senators voted largely in step to acquit Mr Trump, relying on a multitude of rationales for keeping him in office.

He is guilty, but his conduct was not impeachable; his July telephone conversation with Ukraine's president was a "perfect call"; there is an election in 10 months and it is up to voters to determine his fate.

For Mr Trump, there was one overriding message to draw from his acquittal: Even at a time of maximum political peril, it is his Republican Party.

One day after Mr Trump avoided talk of impeachment in his State of the Union address and argued that he had delivered on his 2016 campaign promises, the president already was moving to use impeachment as a 2020 rallying cry.

Mr Trump tweeted after the vote that he would mark his acquittal with a statement at noon Thursday to "discuss our Country's VICTORY on the Impeachment Hoax!"

The president and his allies sent giddy tweets needling his accusers and Democrats.

In his first message once the trial closed, Mr Trump posted an animated video using a Time magazine cover to suggest he would remain in office "4EVA".

Ivanka Trump, the president's daughter and a senior White House aide, said in a post: "This factional fever and incoherent, ill-conceived process has finally ended and the President has rightfully been acquitted. It is time for our Country to move forward. Together."

The nation's first presidential nominating contest, the Iowa caucuses, handed more good news to Trump. A tabulating mishap threw the Democrats into chaos, depriving any candidate of a clear victory and allowing Mr Trump to paint the Democrats as incompetent and corrupt.

Mr Trump's tenuous relationship with the Republican establishment has been a consistent theme of his political life in recent years, and he has repeatedly put the party's values to the test.

Still, most Republicans have grudgingly stuck with him, through the revelations of the "Access Hollywood" tape, in which he was heard boasting about sexually assaulting women, and Charlottesville, where he defended white supremacists during a racial clash in the Virginia college town, as well as Helsinki, where he sided with Russia's Vladimir Putin over US intelligence agencies about Moscow's 2016 election interference.

Now, they are giving him the victory he has been waiting for and lashing their fates to his like never before.

Throughout the impeachment process, Mr Trump drew satisfaction as Republican senators, many of whom opposed his long-shot candidacy and still dismiss him in private, overwhelmingly defended him and defied convention, tradition and public opinion polling in the process.

"It actually endears him to his most committed supporters. If Trump is a disrupter, it makes all the sense in the world for the insiders to try to get rid of him. It hands Trump a real messaging point," Mr Jennings said.

"I see no weaknesses in Trump now."

Mr Trump's sky-high approval ratings within his own party acted as a deterrent that kept nearly all Republicans from breaking ranks.

The fear was palpable among Republican senators worried not just about being the target of an angry tweet but about a Trump-backed primary challenger or a revolt among strong Republican supporters.

Still personally stung by impeachment, Mr Trump is betting that he can sell his acquittal to the American people as a vindication, that he can activate his supporters and mollify even his sceptics in the centre.

Democrats are left with the more challenging task of explaining the details of the Ukraine case to the American people, and the White House believes Mr Trump's less complicated message will prevail. according to the latest estimates from the office for national statistics (ons), around one in 480 people in private hou... 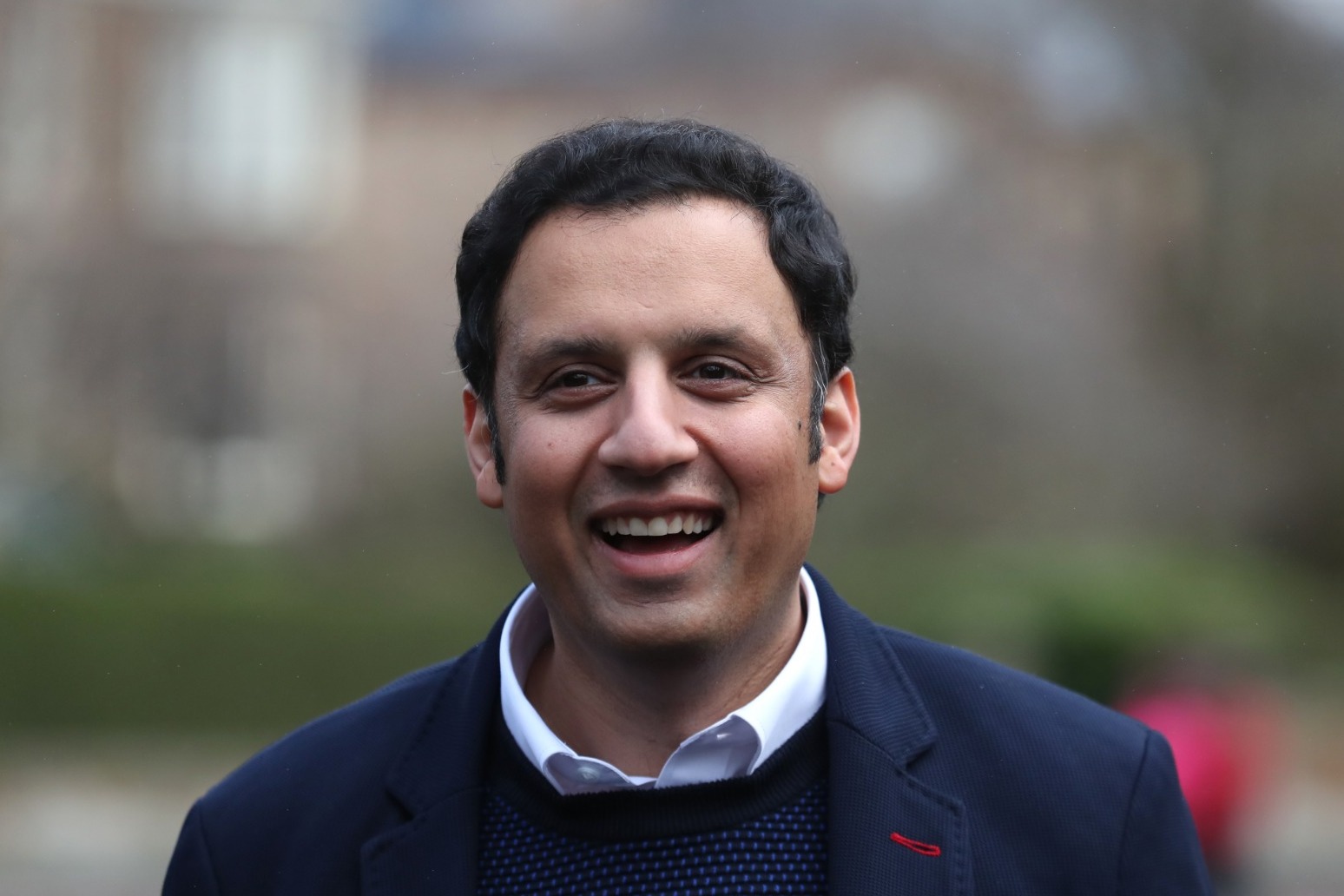 ms sturgeon said she first learned of the complaints in a meeting with mr salmond at her home in early april 2018, but i...