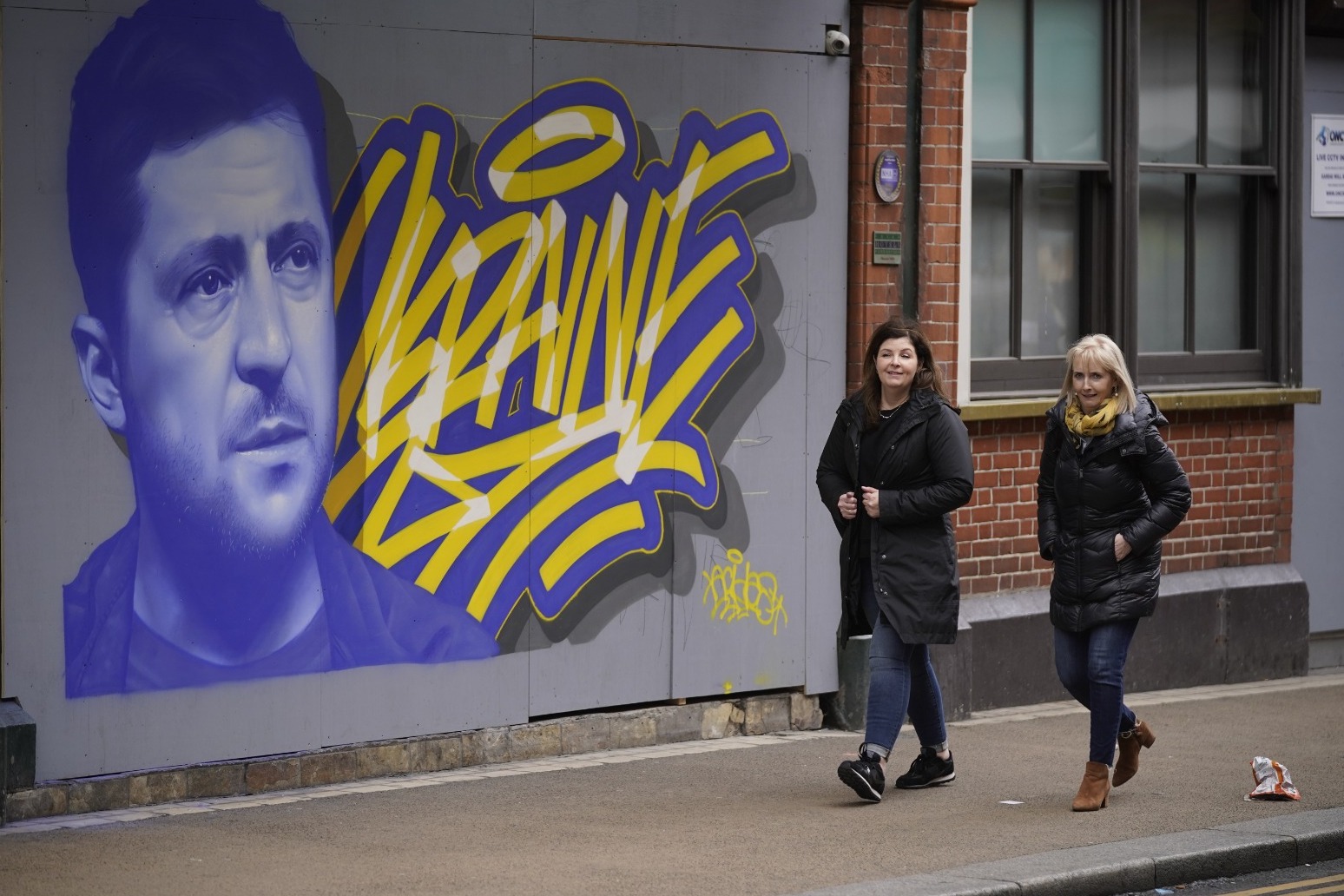 The UK is to push for tougher international sanctions against Vladimir Putin’s Russia and increase supplies of arms to Ukraine as evidence of atrocities continue to emerge from the war zone.

Prime Minister Boris Johnson said “Britain will never waver from supporting our friends” in a sign of the increased commitment to defend Ukraine.

Mr Johnson said the discovery of mass graves in areas where Russian forces had withdrawn from around Kyiv was “sickening” and promised “we will not rest until justice is done”.

Foreign Secretary Liz Truss will meet Ukrainian counterpart Dmytro Kuleba in Warsaw on Monday ahead of key G7 and Nato talks later this week where she will push for tougher economic measures against “the Putin war machine”.

She will hold talks with Polish counterpart Zbigniew Rau on Tuesday and has also pledged a £10 million civil society fund for Ukraine, including support for organisations dealing with sexual violence following reports of Russian forces using rape as a way to terrorise the civilian population.

There has also been widespread international outrage about other atrocities, including possible mass executions carried out by Russian forces as areas around the capital, Kyiv, returned to Ukrainian control.

The Prime Minister said: “The discovery of more mass graves outside Kyiv is sickening.

“The UK will not stand by whilst this indiscriminate and unforgivable slaughter takes place.

“We are working to ensure those responsible are held to account. We will not rest until justice is done.”

Ahead of her talks in Poland, Ms Truss said: “Putin is yet to show he is serious about diplomacy. A tough approach from the UK and our allies is vital to strengthen Ukraine’s hand in negotiations.

“Britain has helped lead the way with sanctions to cripple the Putin war machine.

“We will do more to ramp up the pressure on Russia and we will keep pushing others to do more.

“We will continue to support those who are suffering as a result of Putin’s illegal invasion of Ukraine, including the victims of sexual violence and those in need of humanitarian support.”

Mr Johnson, who spoke to Ukrainian President Volodymyr Zelensky over the weekend, used a video posted on social media to show his support for the country’s efforts to resist the Russian invasion.

He said: “All the tanks and guns in Vladimir Putin’s arsenal will never break the spirit of Ukraine’s people or conquer their homeland.”

Mr Johnson highlighted the Nlaw and Javelin anti-tank systems and Starstreak anti-air missiles which the UK has already supplied to Ukraine, as well as protective helmets and body armour.

But in his talks with Mr Zelensky on Saturday he indicated there will be further help on offer.

Mr Zelensky said there will be a “new package” of “very, very tangible support”, while No 10 said the Prime Minister “committed to continue to step up defensive support”.

No 10 would not be drawn on exactly what could be provided but the Prime Minister’s official spokesman said scenes over the weekend were “barbaric”.

He said: “These are despicable attacks against innocent civilians and they are yet more evidence that Putin and his army are committing what appear to be war crimes in Ukraine and certainly leave us in no doubt that it’s entirely right to continue to go further on sanctions, on defensive military aid, and all other measures to put pressure on Putin and his regime to turn back and stop this war.”

He added: “We will continue to speak with our allies about how we can move further and as much as possible in lockstep to continue to ratchet up the pressure.”

The spokesman also urged countries to cut off reliance on Russian gas and oil.

“We know that different countries are exposed to relying on Russian oil and gas more than others and so that presents different challenges,” he said.

“But they should all – and we should all – be moving at maximum speed to cutting out oil and gas because it is simply the money that we are providing, that these countries provide, to Russia that is funding the Russian war machine and we should be in no doubt about where that money is going.”

The Russian focus in Ukraine appears to have shifted from attempts to besiege Kyiv to efforts around the south and east of the country.

British defence intelligence analysts said that includes the deployment of mercenaries from the Wagner Group – seen as Mr Putin’s private army – in the Donbas area.

they stemmed from grim, headline-making accusations they beat, starved and shackled their 13 children in the family's ho...

Sajid Javid criticised for suggesting people have ‘cowered’ from Covid-19.

health secretary sajid javid has been criticised for saying people must no longer “cower” from coronavirus a...