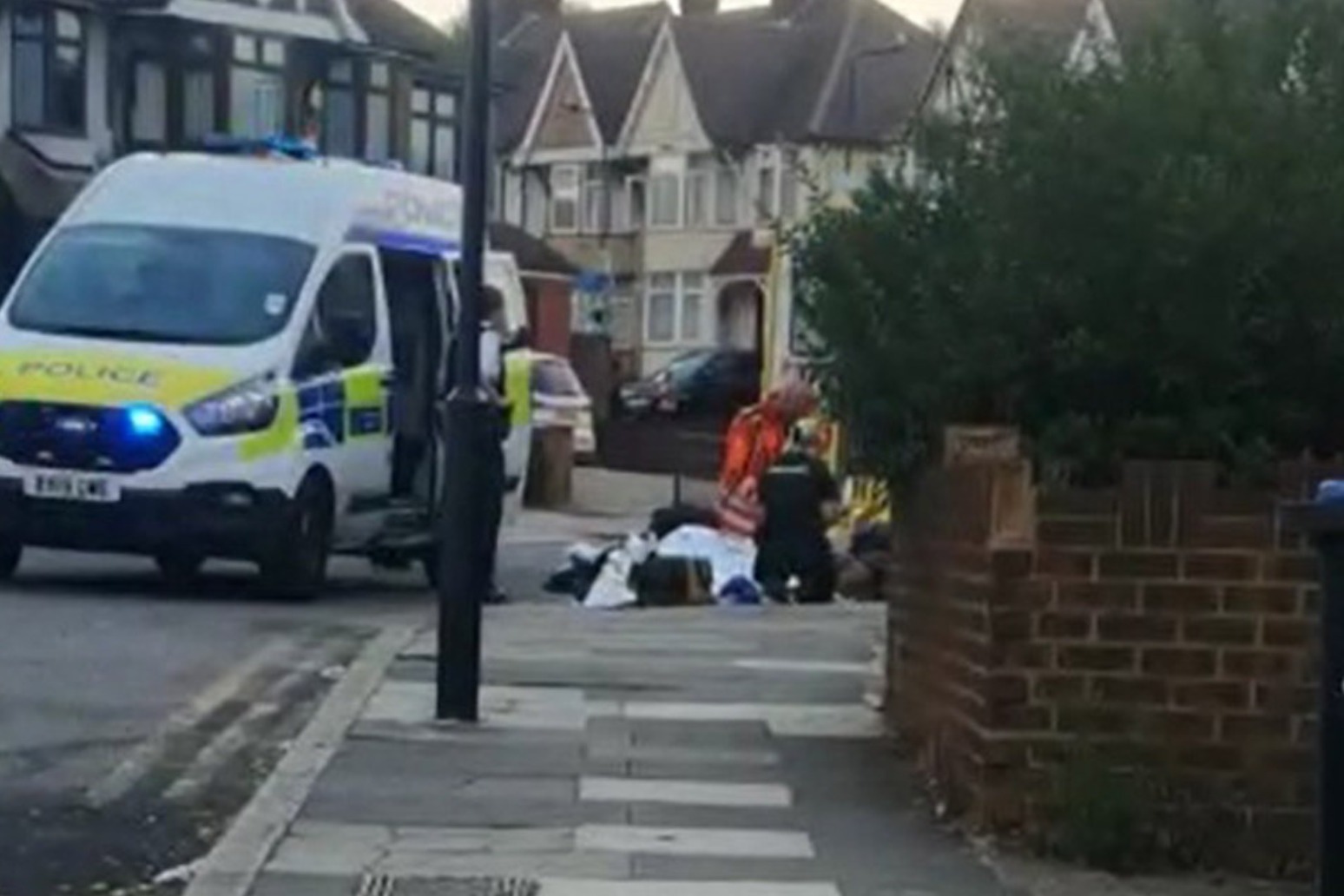 A man is in a serious condition in hospital and two other people were injured after they were shot in north-west London.

Police including armed officers were called to Dog Lane in Brent just after 7pm on Monday.

A 17-year-old boy suffered non-life changing injuries, a 21-year-old man has a potentially life-changing injury and the third victim, thought to be in his early 20s, is in a serious but stable condition.

The Metropolitan Police said the suspects fled before officers arrived at the scene.

They gave the victims first aid before paramedics arrived.

Video footage taken by a member of the public on Monday showed emergency crews treating one of the victims as they lay on the ground wrapped in foil.

One onlooker said: “The shooting was elsewhere. The man staggered along the road and fell.

“I saw him lying on the ground with the police around him.”

A man who lives in the area told the PA news agency: “The first man was shot in the stomach and the other two ran away.

“The two running away were shot at. One of them was hit in the arm and the other in the leg.

“They kept running but fell once they got to the path.”

CCTV footage from a house on the street showed one of the victims as he walked from Brendon Avenue to Dog Lane shortly after 7pm on Monday.

The man, who was dressed in grey, was seen holding his stomach as he staggered outside M.C.’s Convenience Store before waving down a police van.

Two police officers then helped the man to the ground before attending to him as he lay down.

The officers attended to the man for several minutes before other officers and ambulance vehicles arrived.

One person who lives in the street said: “The gangs and the violence have been getting worse.

“Things used to only happen at night but now it’s happening earlier.”

the government’s aim of ending hiv infections and deaths in england by 2030 is “a goal that is entirely with...

May piles pressure on British lawmakers to back Brexit deal

two weeks before britain is due to leave the european union, may is using the threat of a long delay to push brexit supp...