Donald Trump has insisted America wants "nothing to do with" the NHS amid claims that the health service could be used as a bargaining chip in post-Brexit trade talks.

The US president, speaking in London at the start of the Nato summit, claimed he would "stay out" of the General Election campaign because he does not want to "complicate it".

But Mr Trump went on to describe Boris Johnson as "very capable" and said he would be meeting the Prime Minister during the course of his visit to the UK.

In a breakfast meeting with Nato Secretary General Jens Stoltenberg at the US ambassador's residence in London, Mr Trump was asked if the NHS should be on the table in trade talks.

He replied: "No, not at all, I have nothing to do with it. Never even thought about it, honestly."

Labour leader Jeremy Corbyn published a letter to Mr Trump on Monday night in which he asked for "reassurances" that US negotiators would not look to push up UK medicine prices by seeking access to the NHS for major American pharmaceutical companies.

His party has repeatedly claimed that the health service is "on the table" in a post-Brexit trade deal with the US.

Mr Trump said he could "work with anybody" when asked whether he could work with Mr Corbyn as prime minister, though earlier said he thought Mr Johnson would do a "good job".

Leaders including Mr Trump and Mr Corbyn will gather for a reception at Buckingham Palace on Tuesday evening.

The president's intervention came as Labour faced questions over whether Russian disinformation was behind the party's 451-page unredacted report which revealed the details of UK-US talks regarding a future trade deal between the two countries.

Mr Corbyn twice declined to defend the provenance of the documents on the talks after parallels were drawn with the disclosure and a Russian misinformation campaign, saying it was "nonsense" to suggest they may have arrived via Russian hackers.

The Labour leader, speaking on Tuesday morning, also dismissed the PM's stinging criticism of his security record in which he accused Mr Corbyn of siding with "our enemies".

In an interview with the Sun, Tory leader Mr Johnson said the UK's closest allies were "very anxious" about Mr Corbyn being elected to Number 10 and accused him of being "naive" over the terror risk Britain faces.

"Every time he has the chance, he sides with our enemies," he said.

"A lot of our allies, particularly the Five Eyes, are very anxious about any future collaboration. It is absolutely not a Tory scare story. They have said precisely this."

Asked about the PM's allegations, the Labour leader said: "Not for the first time, Boris Johnson is talking complete nonsense.

"I want all of our people to be safe and secure; that means we have to ensure there is no danger of terrorist threat, that means we will properly fund and have a police force that's effective across the whole country.

"You don't allow people to live in desperate poverty in our country. It's about security of people at home as well as any issues further abroad."

Mr Corbyn also said he would tell Mr Trump, if they meet at Buckingham Palace during the Nato reception, that he does not want US companies running the NHS. 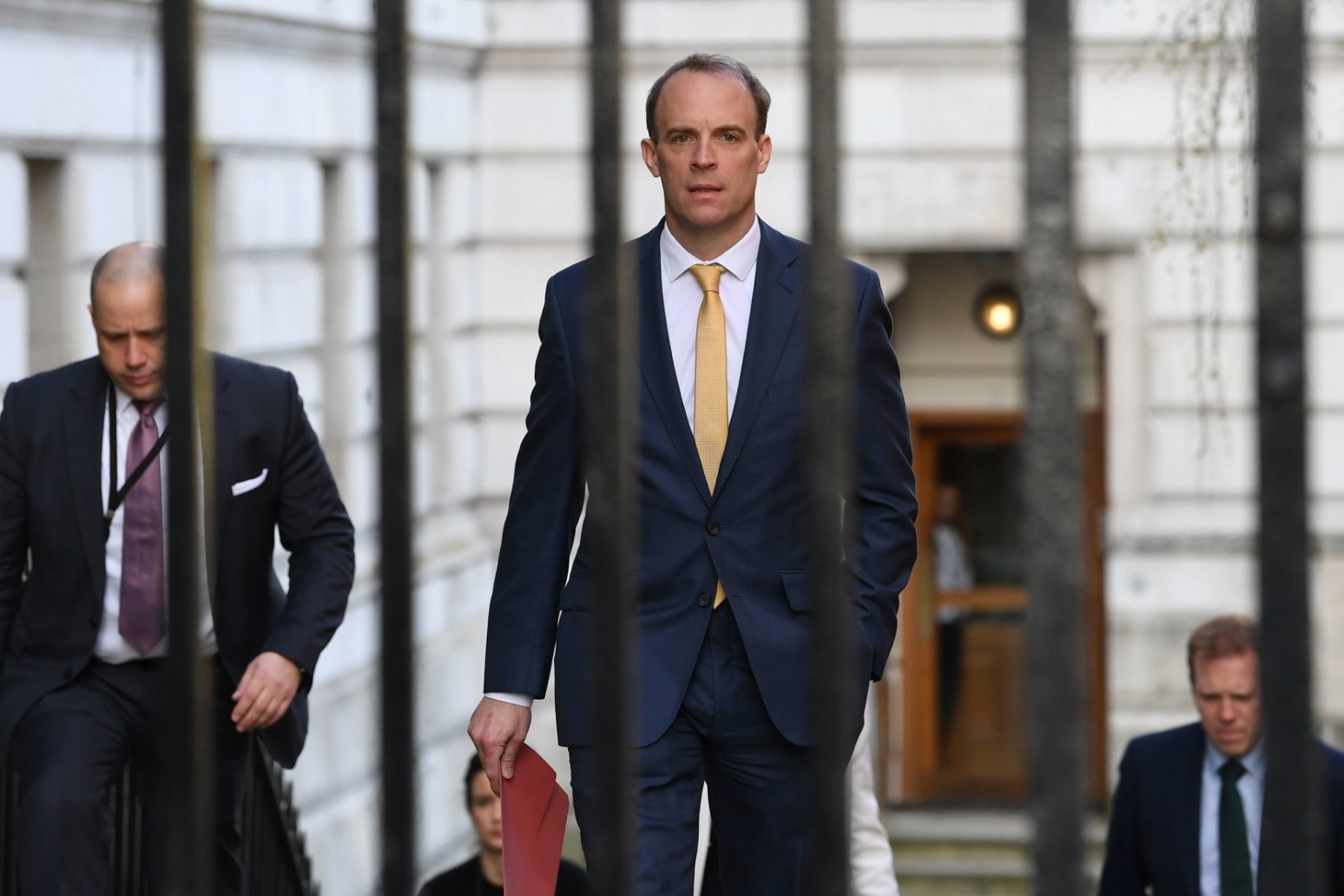