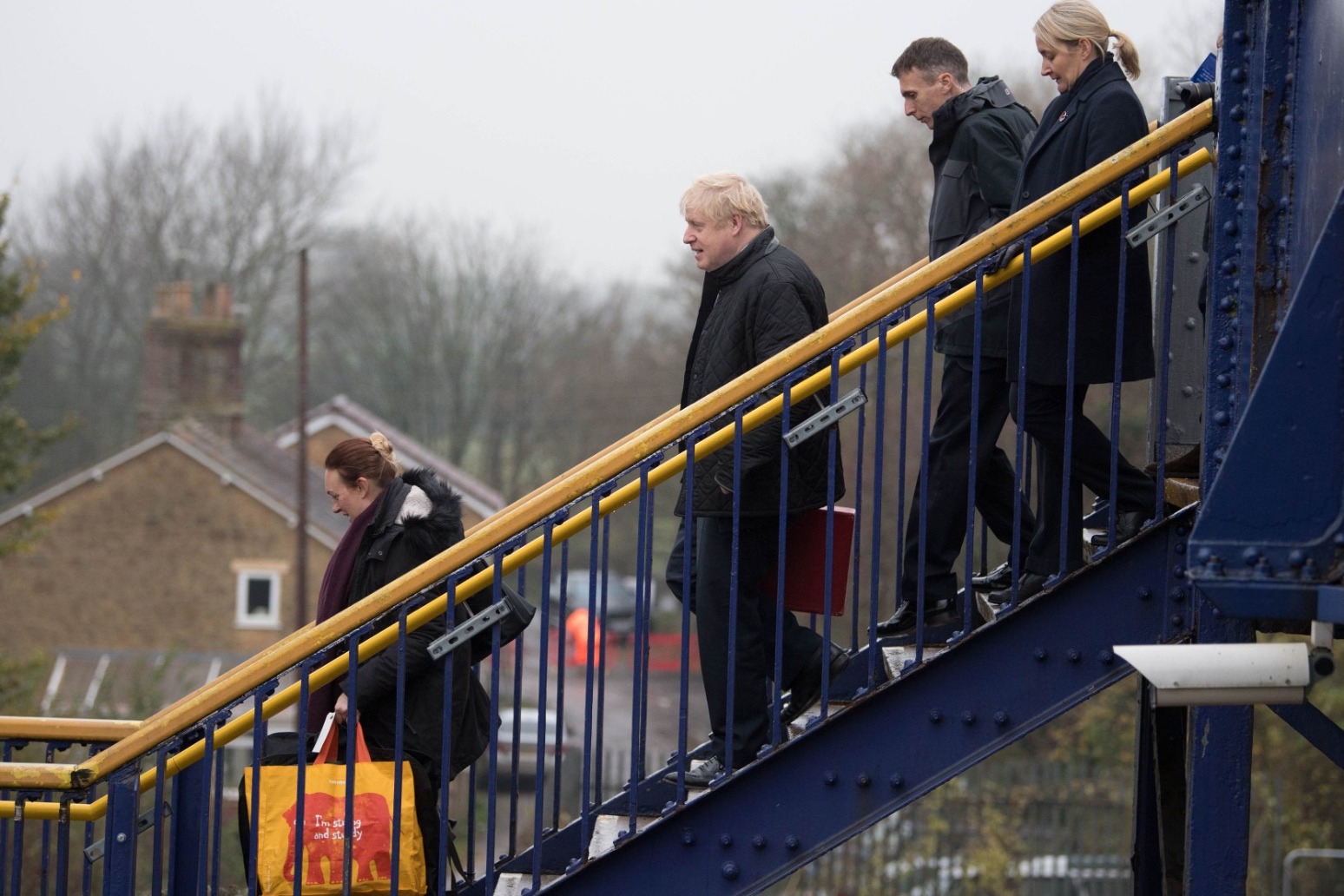 The Tories have pledged they will cut immigration if they return to power in the General Election but said they will not set "arbitrary targets" for getting the numbers down. Home Secretary Priti Patel said a Conservative government will "reduce immigration overall" through the introduction of a points-based system.

However, ministers also made clear that they were abandoning the party's long-standing commitment to get net migration down below 100,000 a year - a target they have never met.

"We want to introduce a new points-based system that is fair and equal to the entire world. That gives us control and we can then see immigration being reduced."

While the Tories have been committed to the introduction of an Australian-style points-based system since Boris Johnson became Prime Minister in July, ministers have consistently refused to say whether that would mean cutting immigration levels.

However, in a Conservative Party press statement attacking Labour's immigration plans, Ms Patel committed them to bringing the numbers down once Britain has left the EU.

"We will reduce immigration overall while being more open and flexible to the highly skilled people we need, such as scientists and doctors," she said.

"This can only happen if people vote for a Conservative majority Government so we can leave the EU with a deal."

The Conservatives have long faced criticism over the net migration target - the difference between the numbers coming in and the numbers leaving - set out by David Cameron in the party's 2010 election manifesto.

Critics said EU freedom of movement rules and the inability to control the numbers emigrating from the UK meant the Government had no real control over the net migration total.

Mr Lewis acknowledged the Tories had "let people down" by failing to deliver on the promise - he said in part because they had been in coalition with the Liberal Democrats from 2010 to 2015.

"Although we had a majority in coalition, the Liberal Democrats are not renowned for their desire to control immigration," he said.

The minister said they would continue to target the net migration figures but declined to give any further detail.

"We want to target net migration so that people can see that we have got control," he said.

The Lib Dems hit back, accusing the Tories of seeking to arbitrarily cut immigration numbers without regard to the consequences.

Home affairs spokeswoman Christine Jardine said: "Our public services, including our NHS, rely on the contribution that immigrants make but the Tories are willing to put this at risk just to pursue a nationalist Trumpian agenda."

Labour, meanwhile, was forced to forced to deny that the party is split over immigration after one of Jeremy Corbyn's key trade union allies rejected calls to extend free movement of labour.

Unite general secretary Len McCluskey said a party conference motion calling for an extension of free movement was "wrong" unless it was accompanied by stricter labour market regulation.

His comments ahead of the party's Clause V meeting at the weekend to finalise the manifesto angered some activists who wanted to see it honour the conference motion.

However, shadow employment rights secretary Laura Pidock said their focus was on tackling "exploitative" employers rather than blaming migrants for undercutting the wages of local workers.

"We know actually that migrant labour does not undercut wages, it is exploitative bosses that seek to undermine national agreements - that's our emphasis," she told the Today programme."

"It isn't right that we place the blame on numbers of immigrants for wages. Actually those employers that seek to undermine those national agreements are to blame for the exploitation."

Meanwhile Nigel Farage accused Mr Johnson of being prepared to throw away the election rather than form an electoral pact with the Brexit Party.

The Brexit Party leader has said it will not stand candidates in the 317 seats the Conservatives won in the 2017 general election.

However he immediately came under pressure to withdraw from key marginals the Tories are hoping to win from Labour as well.

With nominations due to close at 4pm on Thursday, Mr Farage said an agreement between the two parties could have been possible, but the Tories would not play ball.

"They'd rather risk not winning the election than having a Leave majority, a Leave alliance."

the prime minister appealed to mps from across the political spectrum to back his agreement with brussels and end a "pai...