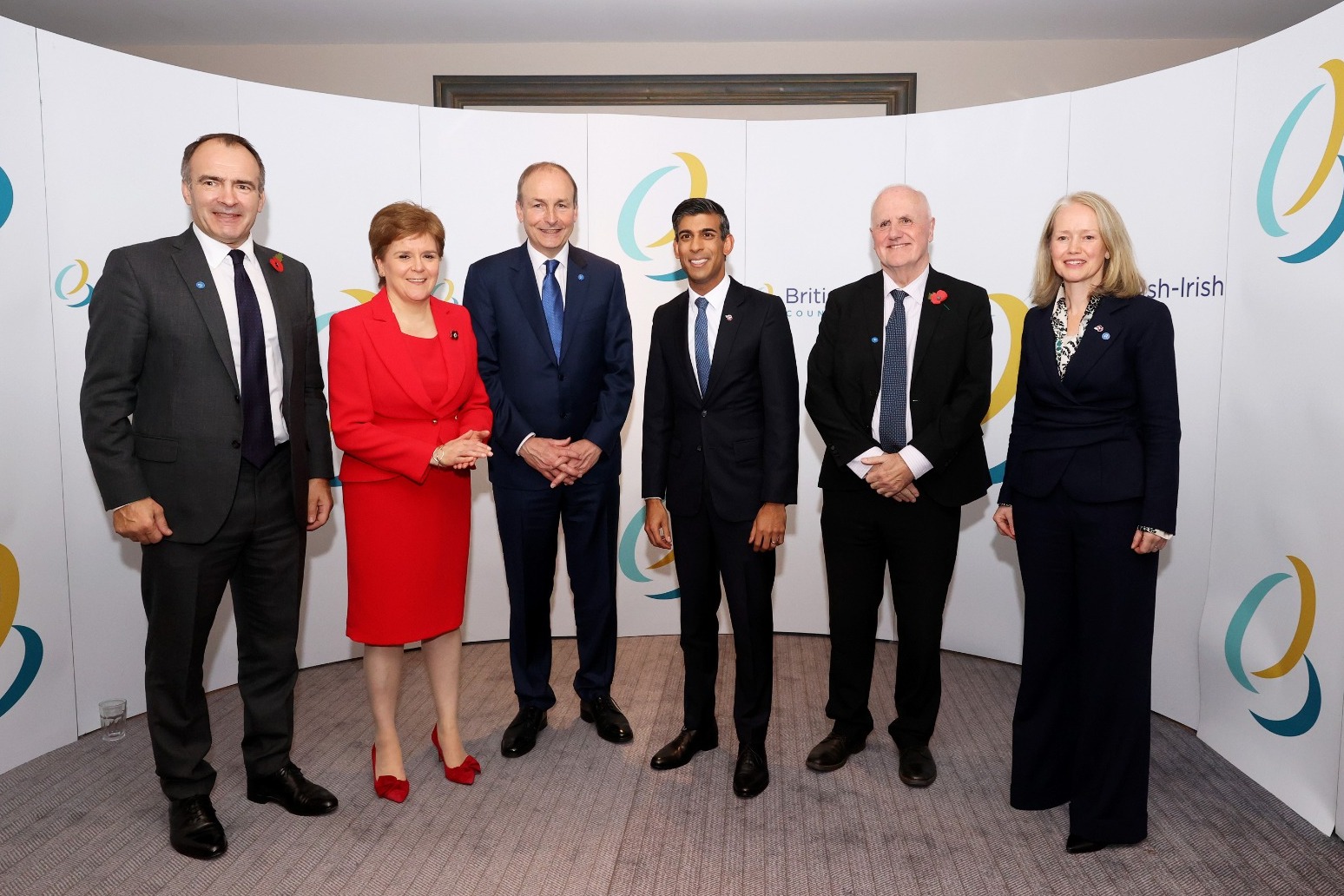 Rishi Sunak has said he wants to deepen the UK-Irish “friendship” and urged “teamwork” with the leaders of the devolved nations at a British-Irish Council summit.

He also said he was “confident” a negotiated solution could be found to the Northern Ireland Protocol issues and that he wanted a resolution to be found to allow the powersharing institutions at Stormont to be restored.

Mr Sunak, the first Prime Minister since Gordon Brown in 2007 to attend the council, met with Scotland and Wales first ministers Nicola Sturgeon and Mark Drakeford, as well as Irish Taoiseach Micheal Martin.

In their first official meeting, Mr Sunak told the Irish leader: “I have spoken before about the vital importance of a strong relationship between the UK and Ireland, and I very much hope we can build on and strengthen that friendship today.”

On the Northern Ireland Protocol, the Prime Minister “stressed that the UK’s strong preference is for a negotiated solution with the EU”, according to Downing Street.

He said: “We need to protect Northern Ireland’s place in the United Kingdom.

“And that will require everyone to enter into these talks with a spirit of goodwill and pragmatism.

“I’m confident if we can do that, working together, we can find a way through.”

The summit in Blackpool, Lancashire, came after Northern Ireland Secretary Chris Heaton-Harris announced plans to extend a deadline for calling a Stormont election and cut the pay of Assembly members, amid continuing political deadlock in the region.

The absence of a powersharing executive meant that Northern Ireland was not represented by any politicians at the talks, with the head of the civil service there, Jayne Brady, attending instead.

In their first face-to-face meeting since Mr Sunak entered No 10, Ms Sturgeon called on the Prime Minister to urgently send more money to devolved governments amid the “extreme pressure being faced by public services like the NHS”.

A spokesman for the Scottish Government said Ms Sturgeon and the Prime Minister had a “constructive and cordial discussion” at the summit.

Mr Drakeford was expected to use the summit to push Mr Sunak to provide more help during the winter period to people struggling because of the cost-of-living crisis.

It would have been their first in-person meeting, but Wales’s First Minister had to attend virtually due to testing positive for coronavirus.

Mr Drakeford welcomed “the return of constructive dialogue” with the Prime Minister, after not being contacted by Mr Sunak’s predecessor Liz Truss during her brief tenure at No 10.

While at the summit, Mr Sunak also hosted his first council with the heads of the devolved administrations to discuss next week’s autumn statement, with Chancellor Jeremy Hunt and Mr Drakeford joining the discussion by video link and Levelling Up Secretary Michael Gove in the room with Mr Sunak and Ms Sturgeon.

Mr Sunak later tweeted it had been “great” to meet the devolved leaders, adding: “Teamwork, absolute focus and collective effort will be required to deal with the shared challenges faced by people across the UK.”

He was expected to open the summit by stressing his commitment to the Good Friday Agreement and his hope that devolution can function again soon.

“We all want to see powersharing restored as soon as possible,” he was due to say.

“I’m determined to deliver that.”

“We face huge challenges from global economic headwinds to war in Europe,” the Prime Minister will say.

“So let’s be pragmatic. Let’s work together in our shared interests. Let’s deliver for all our people across these great islands and build a future defined not by division, but by unity and hope.”

Sinn Fein vice president Michelle O’Neill, who could not attend proceedings due to the crisis at Stormont, earlier said the summit represented a “test” for Mr Sunak.

“We’re aware that both the British Prime Minister Rishi Sunak and the Taoiseach Micheal Martin will be there together,” she said.

There would be no “substantive change” in policy towards the devolved nations under Mr Sunak, but a more “positive approach”, former Scottish secretary David Mundell said. 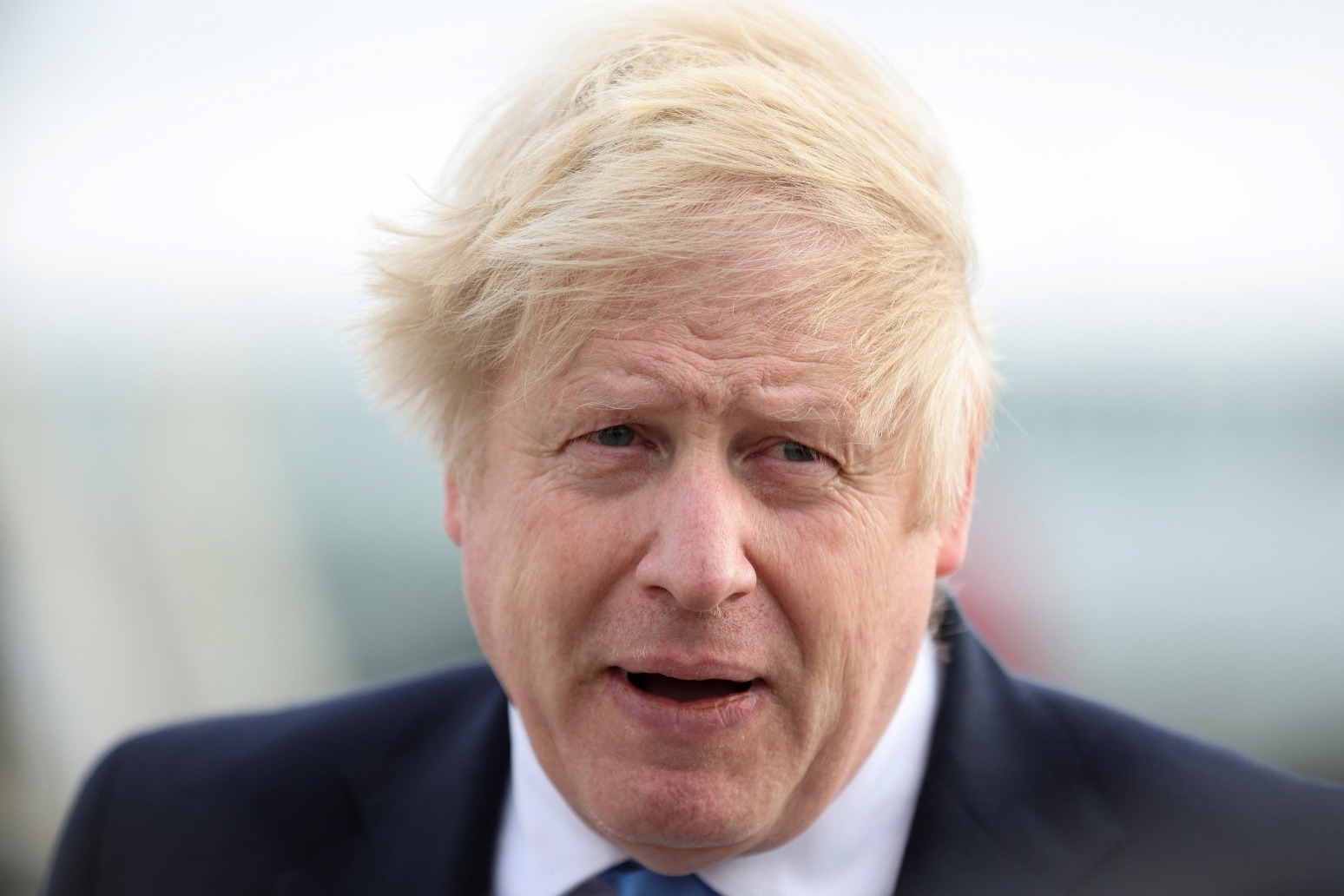 the prime minister will head to the munich security conference on saturday to make a plea for “unnecessary bloodsh... 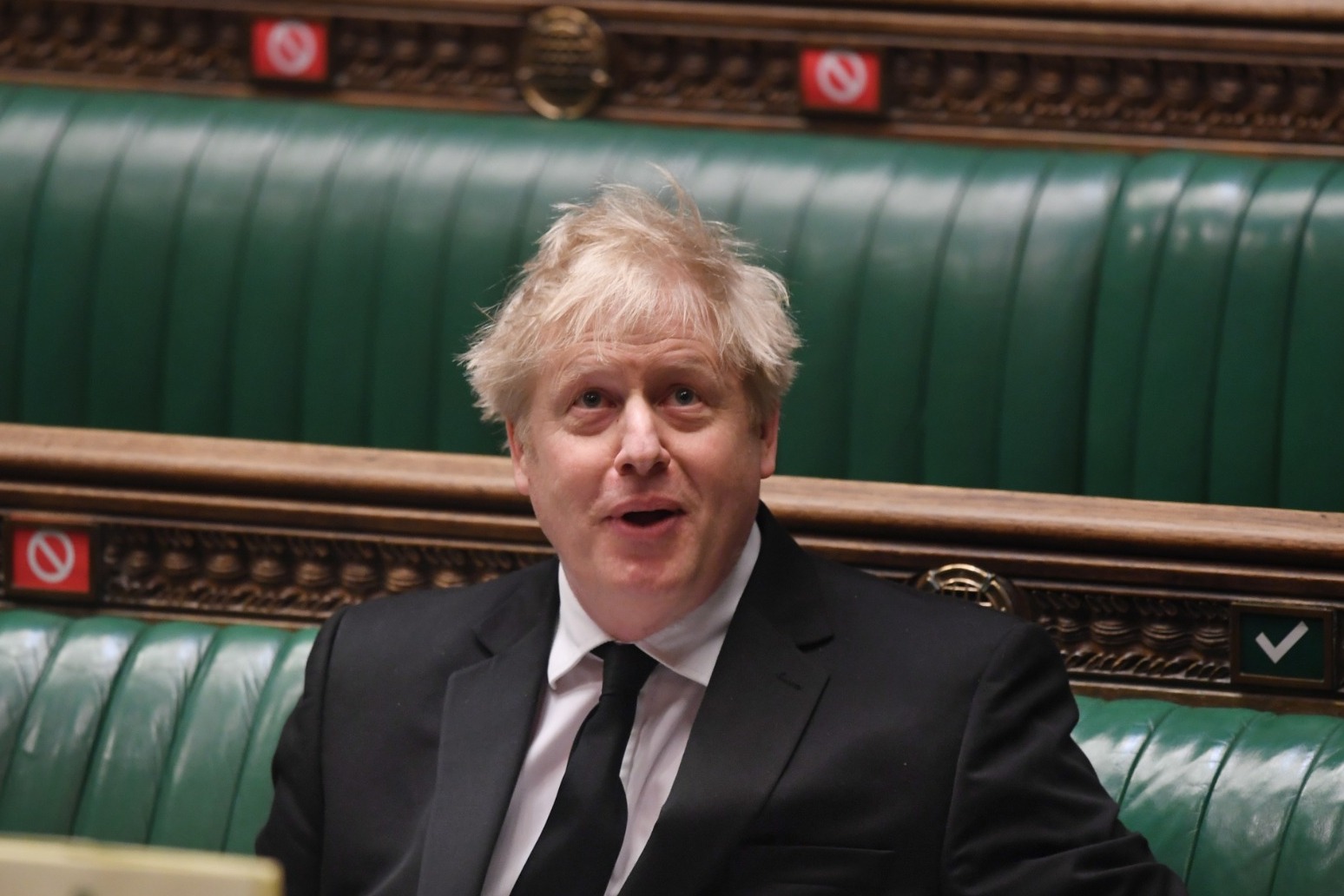