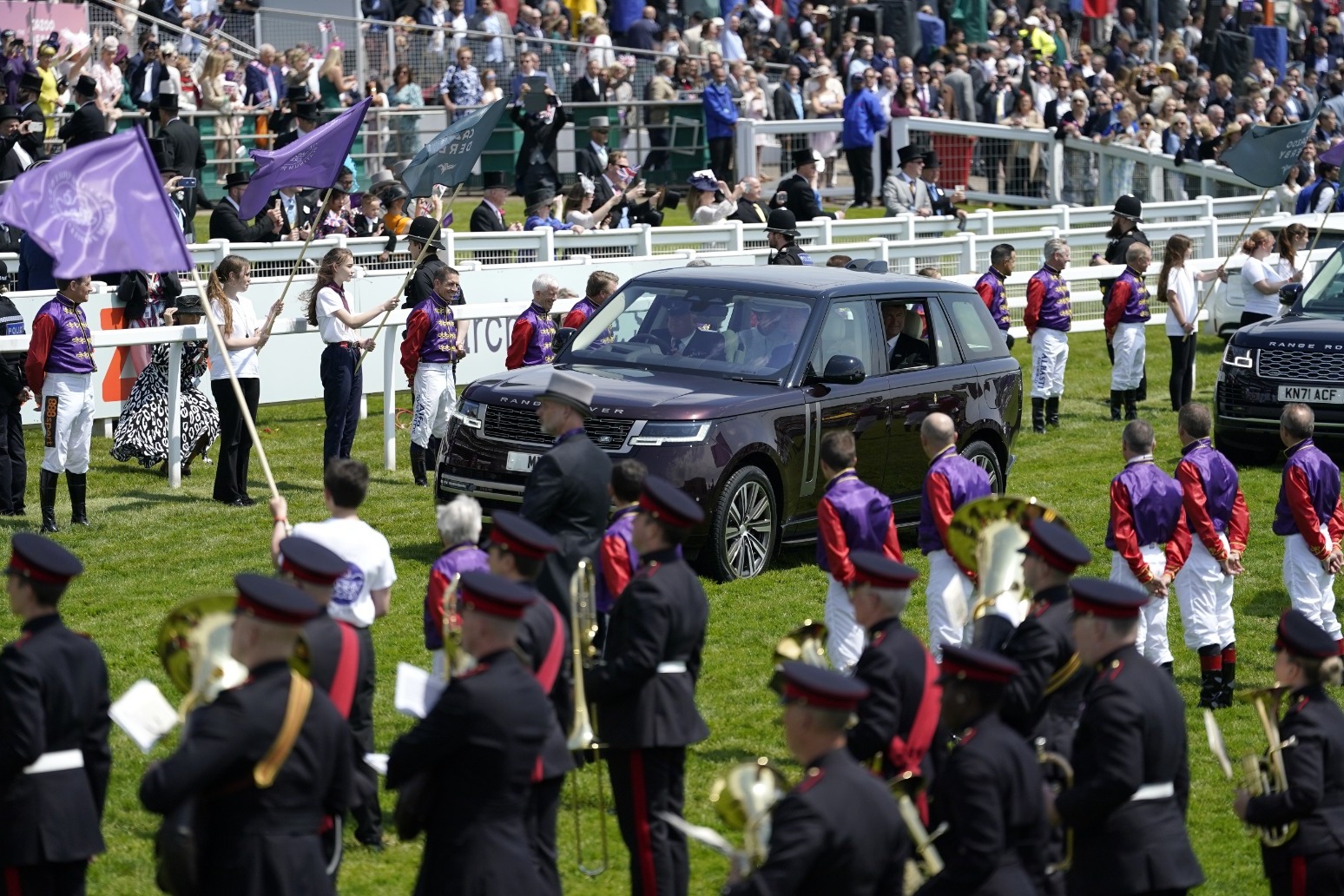 While the Queen isn't there to see it in person, it's understood she is watching on TV

Forty of the Queen’s jockeys past and present lined up in a spectacular guard of honour for the royal party ahead of racing on Derby Day at Epsom.

The greats of the saddle, dressed in the famous purple and gold silks, lined up on the steps overlooking the hat-box winner’s enclosure before heading on to the track to greet the Princess Royal and other members of the entourage.

Frankie Dettori said he was “honoured” to be among the riders, who also included current stars Hollie Doyle and Tom Marquand, and Derby-winning riders Kieren Fallon, Johnny Murtagh and Martin Dwyer, along with champion jump jockeys Barry Geraghty and Sir Anthony McCoy.

Dettori said: “I felt like I did as an apprentice 30 years ago! What a nice touch that was.

“It was a lovely spectacle and it is one picture I will definitely get on my wall, that was unique where we were all stood on the steps.”

Steve Cauthen, who won the Derby three times and was a regular in Her Majesty’s silks in the 1980s, flew in from Kentucky to be part of the parade.

He said: “It was an honour to be invited over here for the Queen’s Platinum Jubilee celebrations.

“I’m was looking forward to this ever since I received the invite. It is such a thrill to be here with all these great jockeys. It was always an honour to ride for Her Majesty The Queen and to celebrate her in this way is wonderful.

“It is a pity she can’t be here, but I’m sure she is watching on TV and we all send her our very best wishes. It was always an honour to put on these silks and it still is.”

Willie Carson won a Classic for the Queen in her Silver Jubilee year and still maintains it was one of the biggest highlights in his glittering career.

Carson said: “It is such an honour to be dressed up like this, like I used to do many years ago.

“And to have 40-odd jockeys dressed in her colours was a great sight to behold.

“Most jockeys are very happy to be donning those colours today. They all feel very proud to be part of the Platinum Jubilee celebrations.

“The highlight for me is easy. It was riding Dunfermline in the Oaks in 1977, in the Silver Jubilee year – and we won. It was a fairytale coming true.

“Unfortunately she can’t be here today. She is a very elderly lady and she has been doing a lot of things recently for the Platinum Jubilee, but I can assure you she will definitely be here in spirit.”

sajid javid, the son of immigrants from pakistan, replaces amber rudd, who quit as home secretary after acknowledging sh... 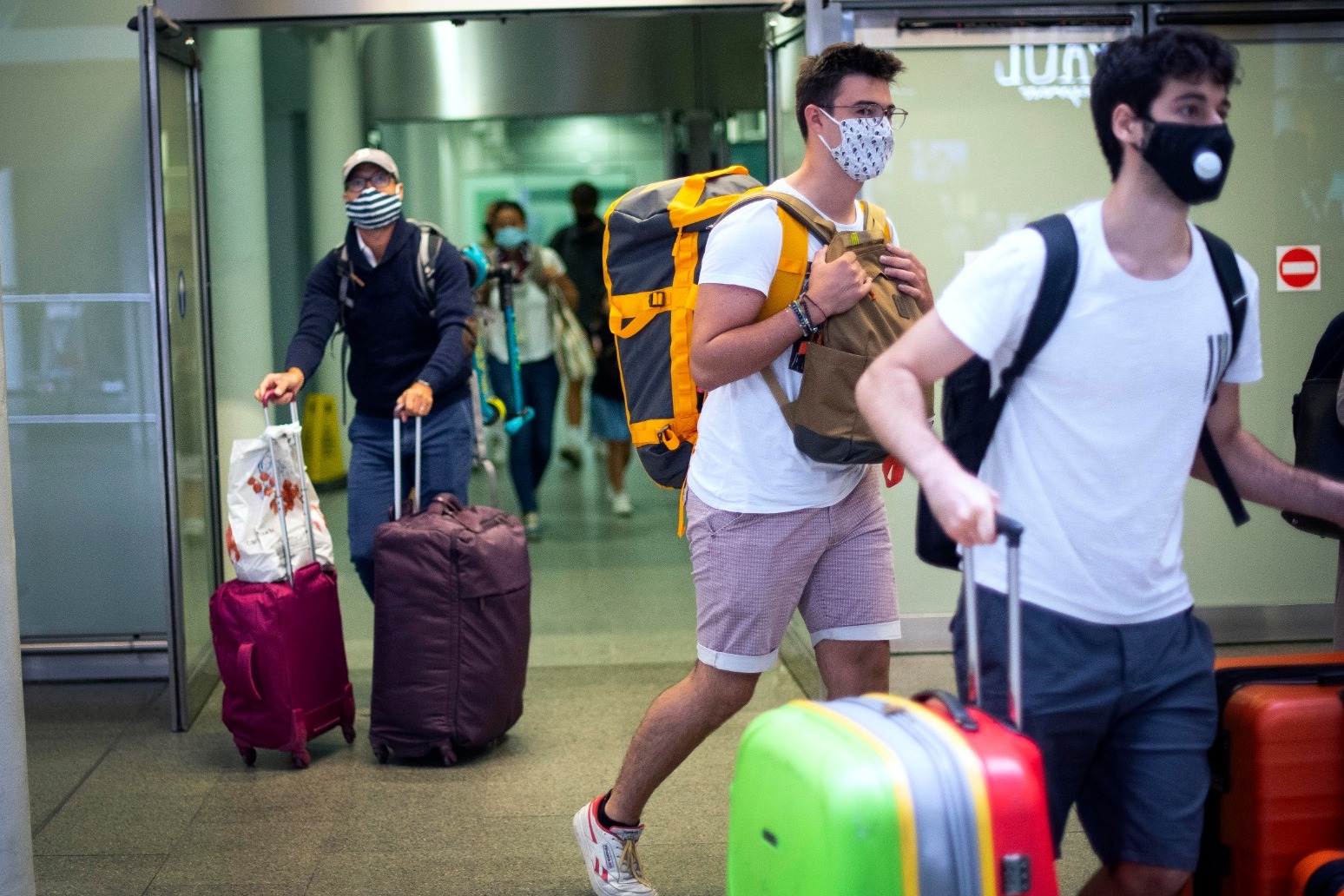 eurostar services to st pancras from paris appeared to be quieter than on friday, which saw thousands of passengers snap...