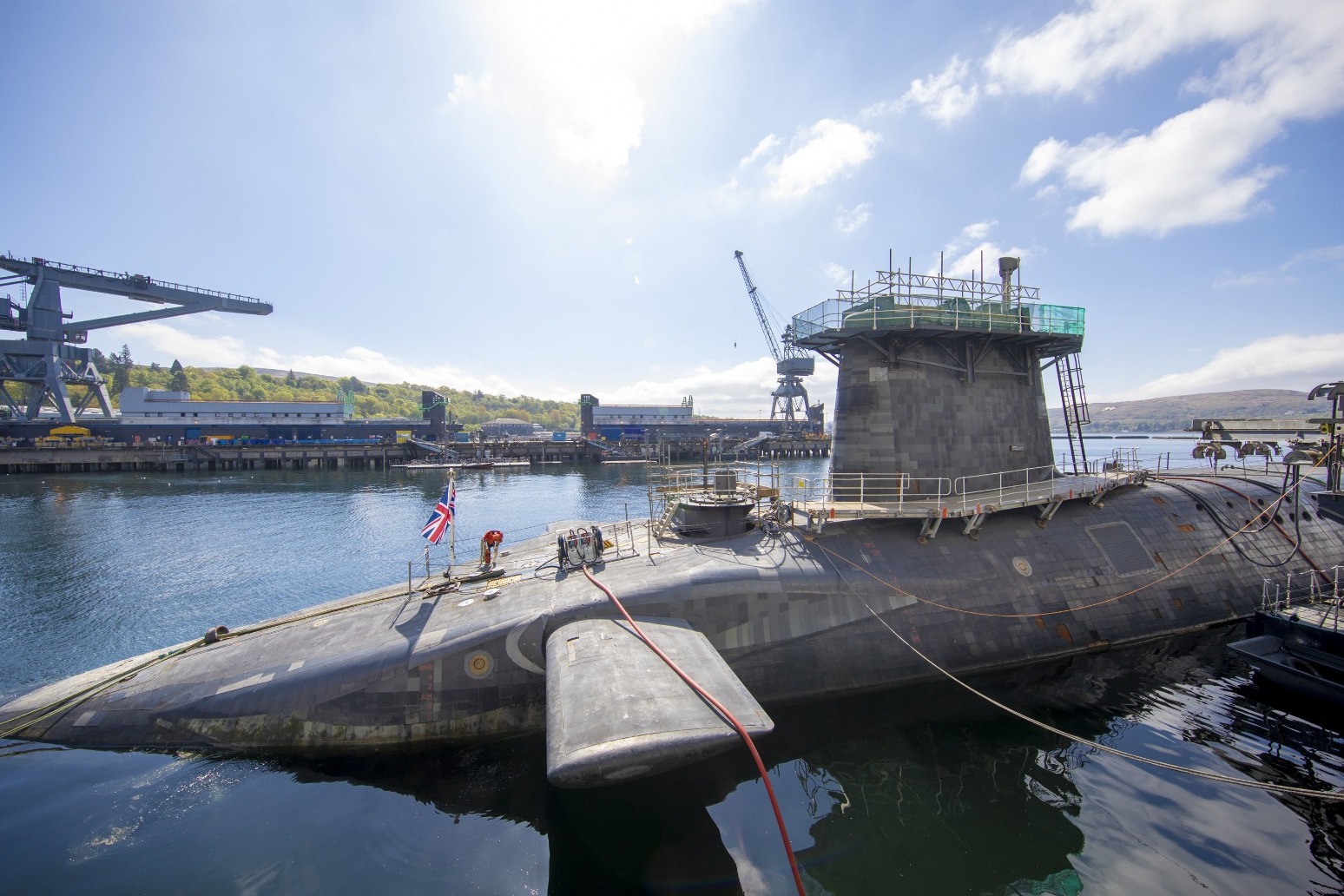 Voters think Scotland should continue to be home to Trident nuclear weapons if it splits from the United Kingdom, a poll has suggested.

Some 45% people north of the border are in favour of keeping the submarines at Faslane if Scotland becomes independent, according to a YouGov poll for The Times.

If there was a yes vote, pollsters said, 34% of Scots opposed keeping the nuclear deterrent in the country’s waters while 21% said they were undecided.

The pollsters found SNP supporters were least likely to support retaining Trident, with 28% of those asked in favour of keeping the deterrent and 55% against.

Across the independence movement there was slightly more support for the weapons, the poll found, with 30% of yes voters in favour and 51% opposed.

The SNP want to see the Trident nuclear deterrent removed from the Clyde Naval Base, but First Minister Nicola Sturgeon’s stance appeared to soften slightly on the timescale for removing the weapons during a trip to Washington earlier this month.

Ms Sturgeon has backed an independent Scotland joining Nato, and her party changed its stance on the alliance a decade ago.

Meanwhile the Scottish Greens, which are now in a co-operative agreement with the SNP at Holyrood, have held a long-standing opposition to Nato membership.

But the poll suggested more than seven in 10 Scottish voters wanted to remain in the alliance which sees nuclear weapons as a core component of its overall capabilities for deterrence and defence.

Some 73% people said they supported an independent Scotland becoming members, with just 8% against and 19% unsure.

Nato itself has no nuclear weapons, but three of its members do: the United States, the UK and France.

boris johnson has insisted britain’s new defence pact with the united states and australia is not intended as an &...