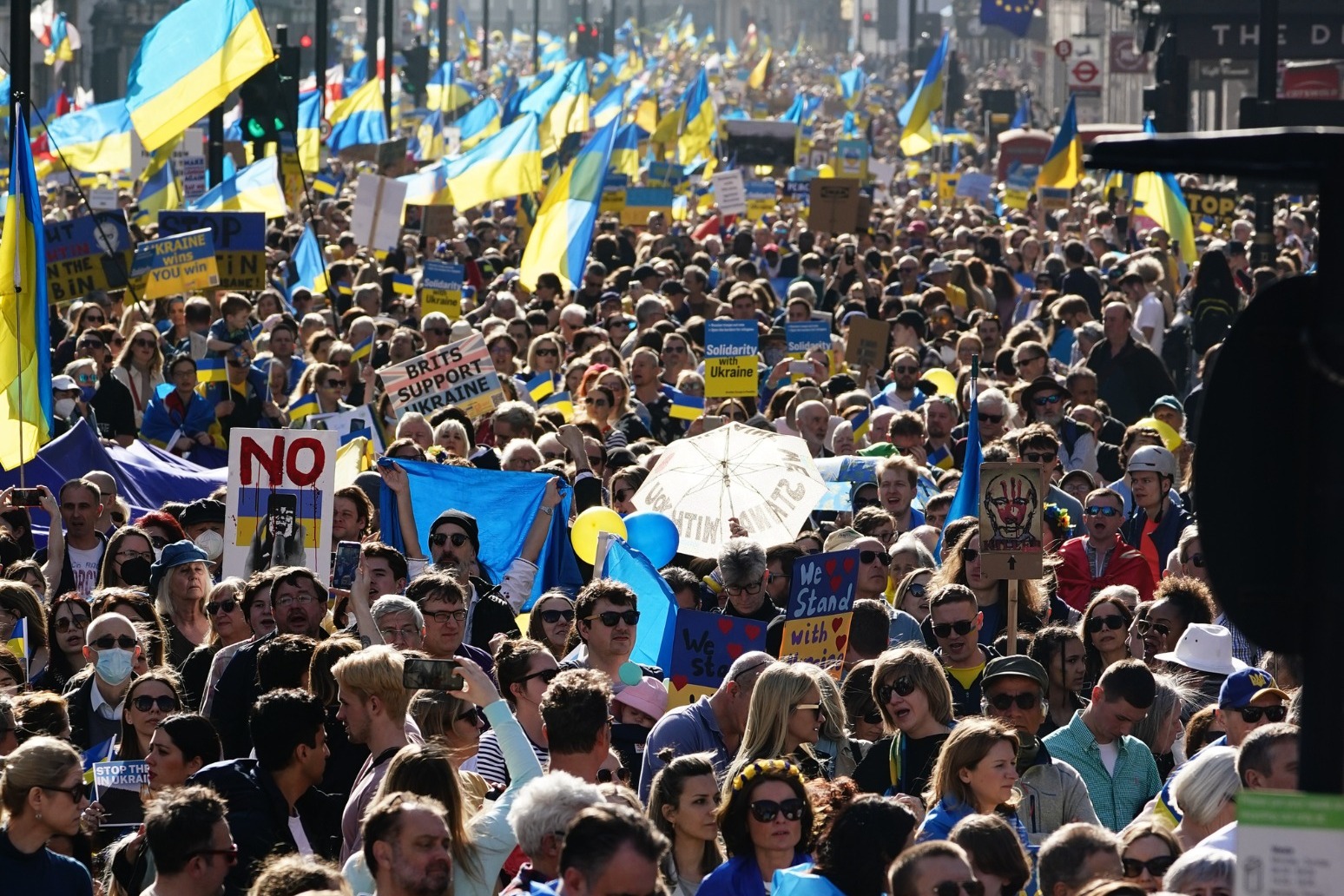 The UK should be doing “much more” to aid Ukrainian refugees, Sadiq Khan has said, as he joined a march in support of the country.

A large crowd, including the Mayor of London, gathered near Hyde Park on Saturday afternoon for a march and vigil to send a unified message of support to the people of Ukraine.

Speaking ahead of the demonstration, Mr Khan said he was there to condemn Russia’s “barbaric aggression”.

He told the PA news agency: “Londoners over the last few weeks have shown that we’re opening our arms to Ukrainian refugees, whether it’s by donating money to those charities doing a brilliant job in Ukraine or by opening our homes to those fleeing Ukraine.

“It is important throughout the next few days, weeks to make it far, far easier, and much more easier for those who are fleeing Ukraine to come here.

“You compare our Government’s actions versus the actions of Germany, France, Italy, Spain, Poland, it’s embarrassing.

“We’ve got be doing much more.”

A sea protesters draped in the Ukrainian colours of yellow and blue then made their way towards Trafalgar Square.

Chants of “we stand with Ukraine” rang out as traffic behind was brought to a standstill.

A number of speeches from Mr Khan, Ukrainian politicians and European leaders are expected to be made later on.

The London leader also urged those in the capital to continue their “generosity” towards refugees.

He added: “I’m full of admiration for anybody who has the space to provide a room for those who have fled Ukraine.

“It’s really important families are not left to their own devices, the Government has to step up and support them.”

It comes as Mr Khan announced more than £1.1m in funding to support migrants, refugees and people seeking asylum in London. 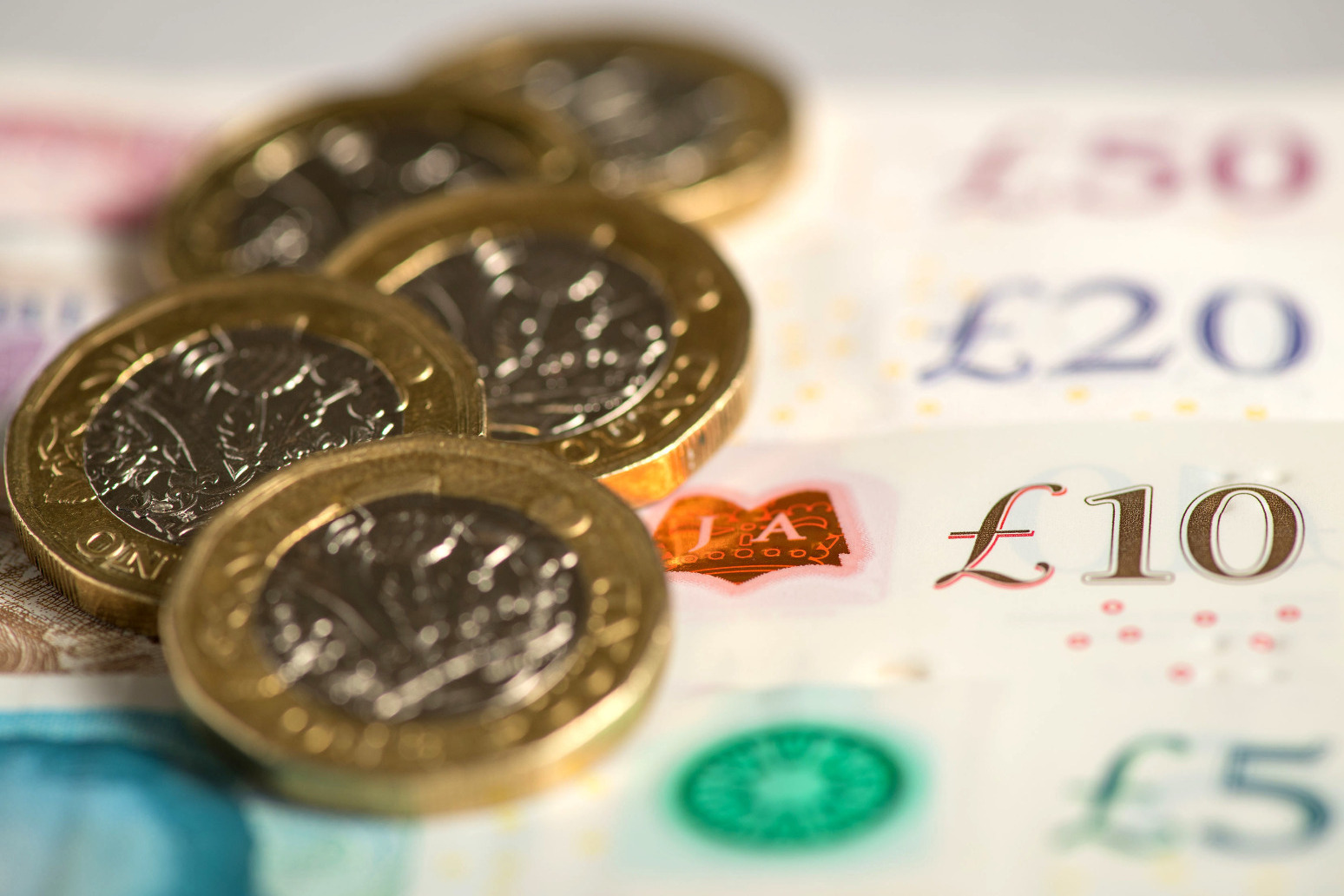 a new 60-day "breathing space" period for those sinking into financial problems will help an estimated 700,000 people ou... 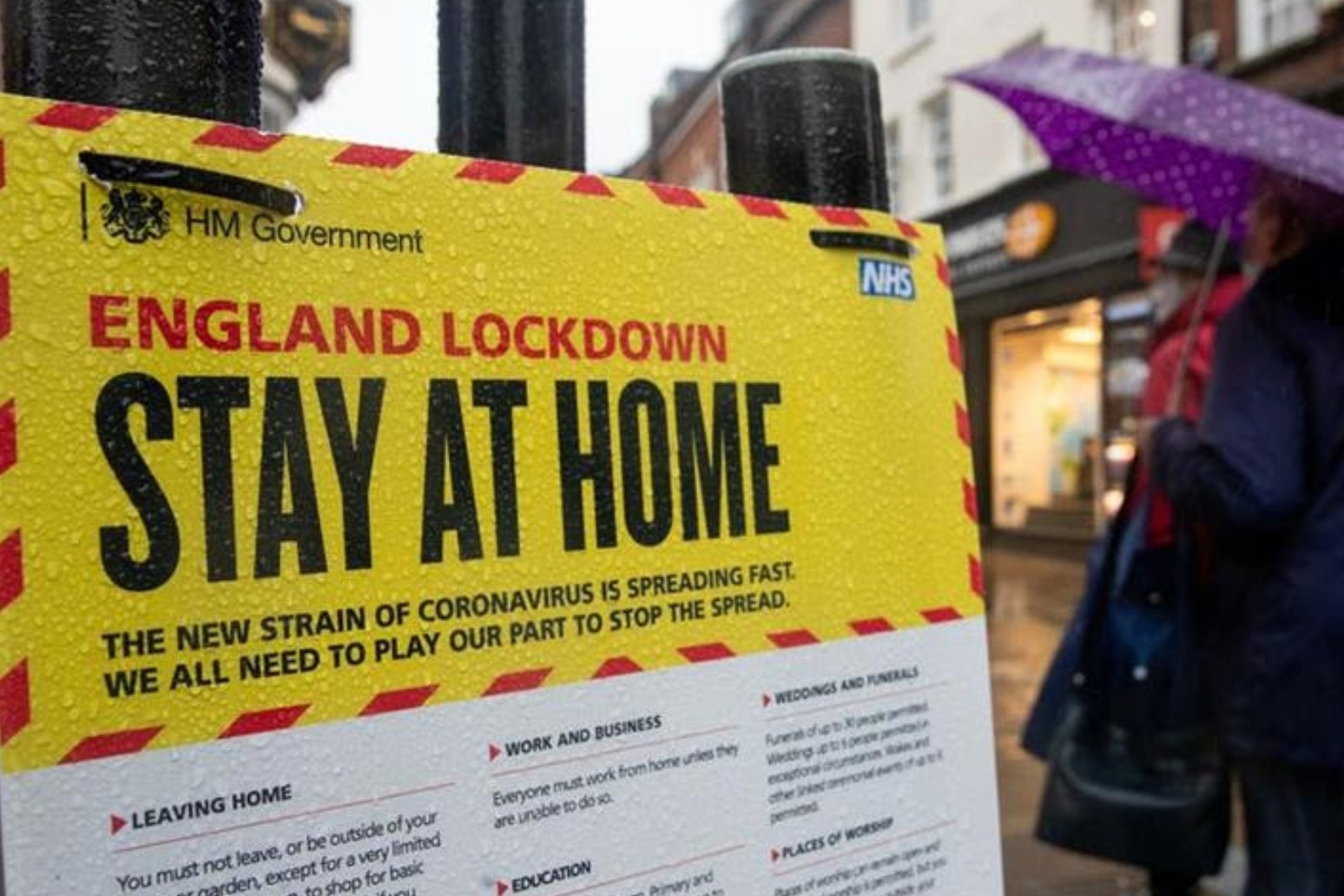 the prime minister described the figures as “appalling” and warned “there will b...