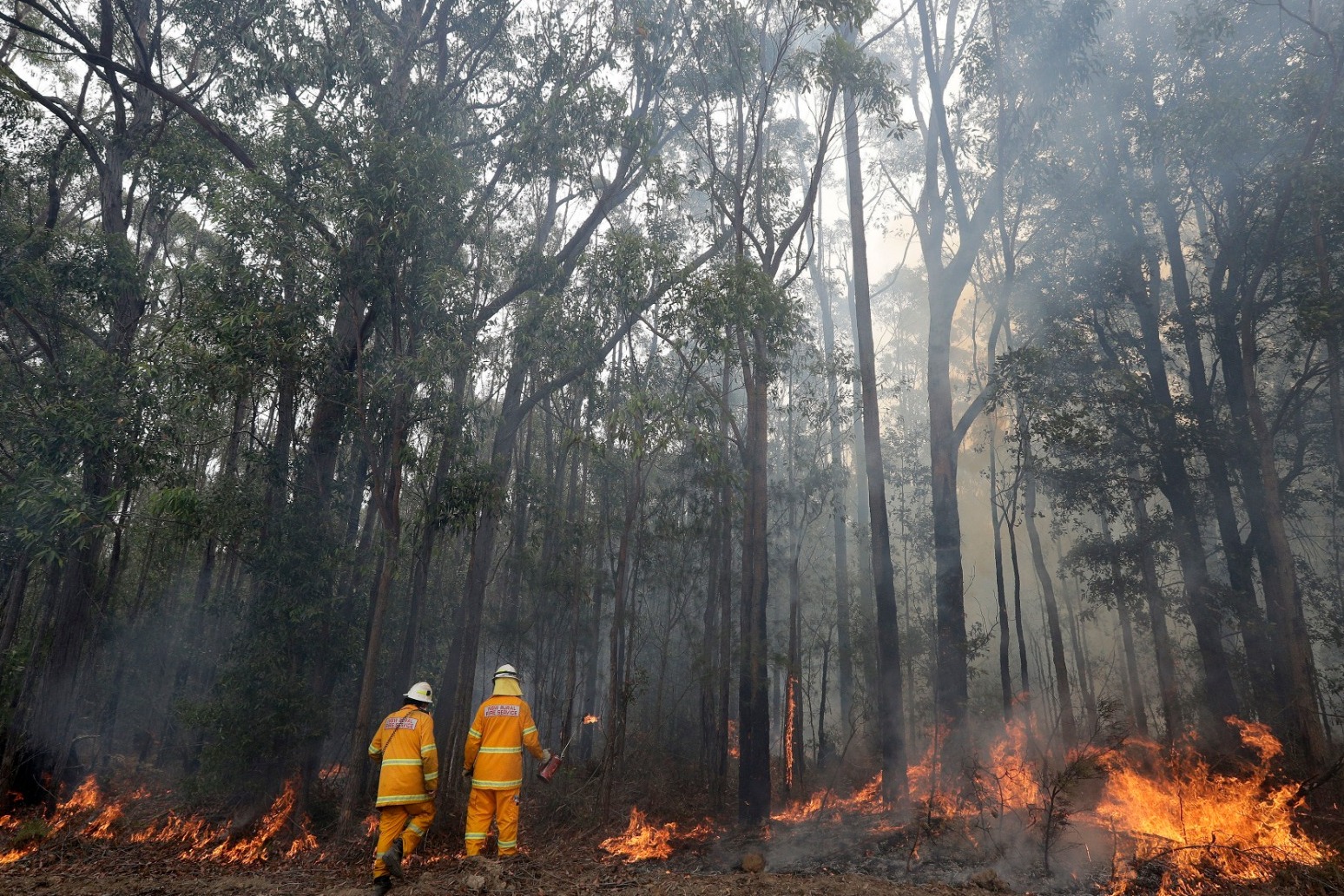 Thunderstorms and showers brought some relief for firefighters battling deadly wildfires across Australia's drought-parched east coast on Wednesday. But they also raised concerns that lightning will spark more fires before dangerous hot and windy conditions return.

"Unfortunately with lightning strikes, it's not always the next day they pop up," Mr Fitzsimmons told the Australian Broadcasting Corporation (ABC).

"They can smoulder around in trees and in root systems for a couple of days and pop up under drier, hotter conditions, so we are very mindful of that as we head into Friday," he added.

The unprecedented fire crisis in south-east Australia that has killed 25 people, destroyed 2,000 homes and shrouded major cities in smoke has focused many Australians on how the nation adapts to climate change.

Prime Minister Scott Morrison has faced fierce criticism both domestically and internationally for downplaying the need for his government to address climate change, which experts say helps supercharge the blazes.

The opposition Labor Party has made political capital from the crisis by promising more ambitious policies than the ruling conservative coalition to tackle climate change.

Opposition climate spokesman Mark Butler wants the government to allow a debate on climate change in Parliament when it returns in February. "Hopefully we could fashion a bipartisan position," he told ABC.

Labor had pledged to reduce Australia's greenhouse gas emissions by 45% below 2005 levels by 2030 and achieve zero emissions by 2050 if it had won last year's elections.

The coalition government has committed to reduce emissions by 26% to 28% by 2030 and warns that Labor's more ambitious target would wreck the economy.

The government argues that Australia is responsible for only 1.3% of global emissions and more ambitious targets would not ease the current fire crisis, which follows Australia's hottest and driest year on record.

The unfolding disaster in Australia, which is likely to continue throughout the Southern Hemisphere summer, has galvanised calls for more global action on climate change.

Elton John and actor Chris Hemsworth are among the celebrities donating money to help aid the firefighting efforts.

Hemsworth, an Australian who lives in the drought-affected New South Wales town of Byron Bay, wrote on Twitter that he was donating $1 million and asked his followers to show support. "Every penny counts," he wrote.

John announced during his Farewell Yellow Brick Road concert in Sydney on Tuesday that he will also donate $1 million. The singer said he wanted to bring attention to the devastation that wildfires have caused, saying it has reached a "biblical scale".

Hemworth and John joins a growing list of celebrities, including Pink, Nicole Kidman and Keith Urban, who have pledged to donate towards relief efforts.

The Prince of Wales said in a video message from Scotland that he and his wife Camilla had been in despair watching the infernos burn across Australia.

"I fear this is a hopelessly inadequate way of trying to get a message to all of you that both my wife and myself are thinking of you so very much at such an incredibly difficult time and in such impossible and terrifying circumstances," Charles said. 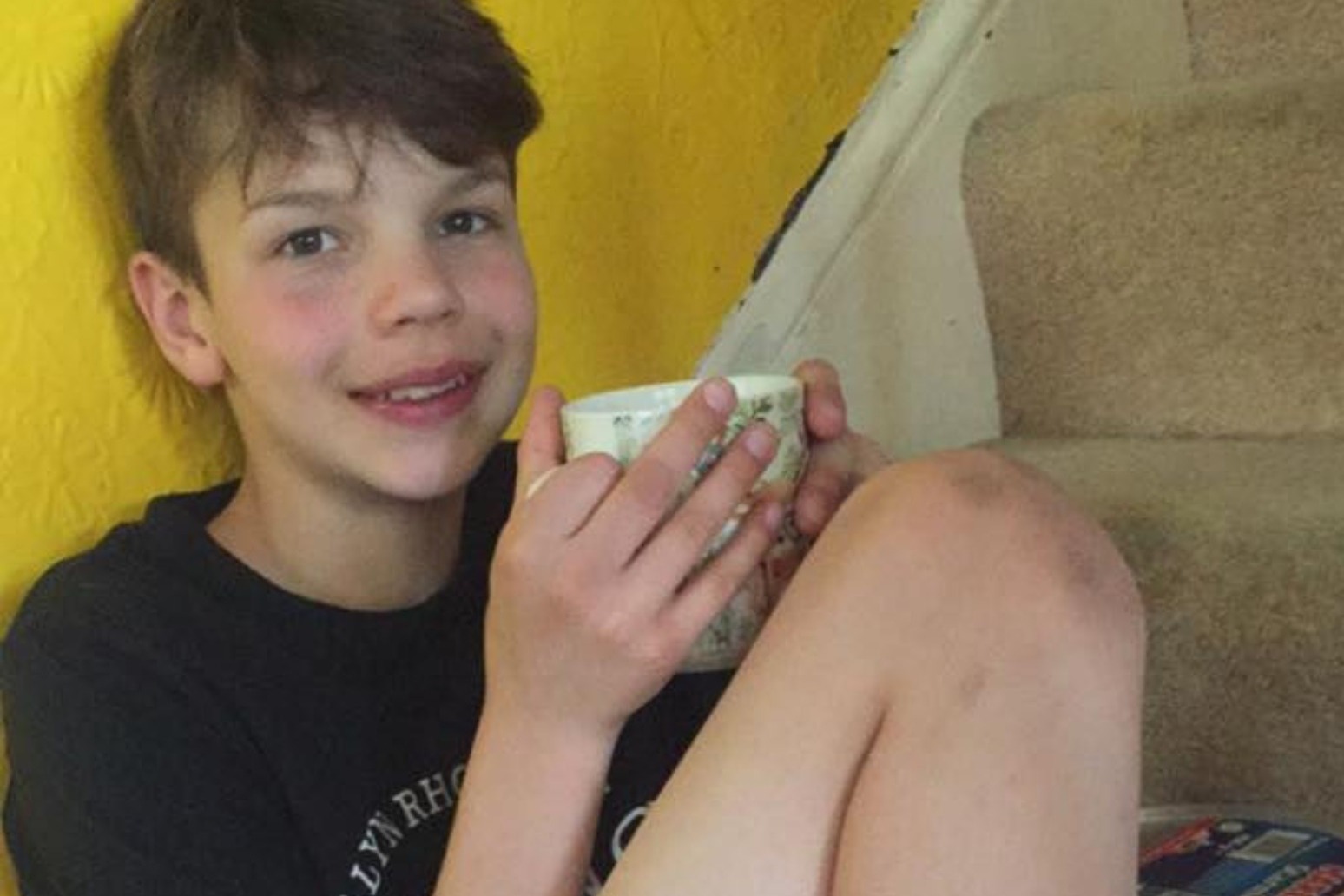 seth charles, from sheffield, set himself the task of climbing his stairs 2,507 times after the coronavirus pandemic mea...

Arrest made after man took hostages in USA

this ended a three-hour standoff during which he fatally shot a woman inside, authorities said.   the man, who wa...