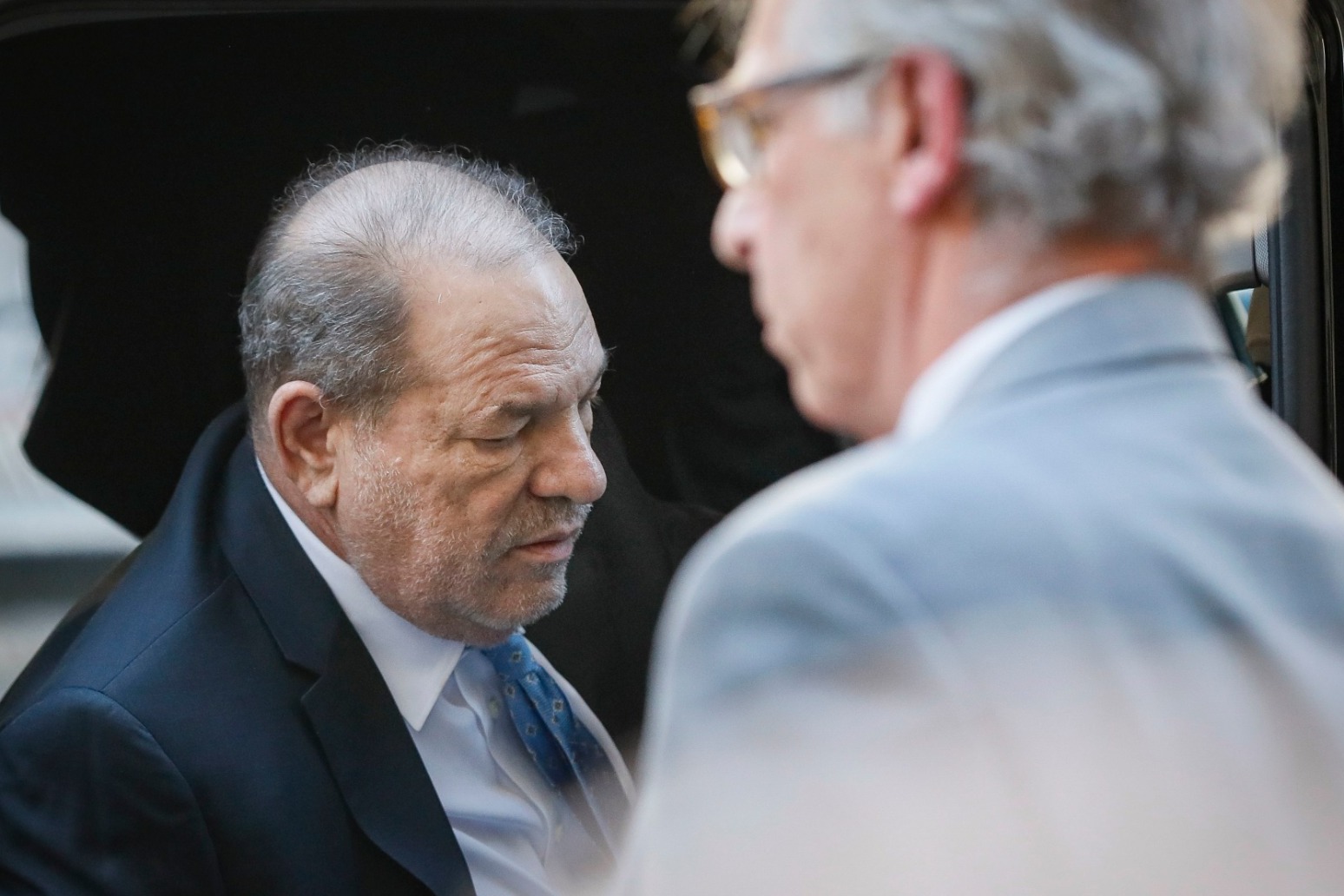 Actress Rose McGowan said Harvey Weinstein will finally know how it feels to have "power wrapped around his neck" after the disgraced film mogul was convicted of rape and sexual assault. Weinstein, once one of Hollywood's most powerful and feared men, is facing up to 29 years in prison after a New York City jury found him guilty of attacking two women.

It was the first trial of the #MeToo era, which was sparked by a torrent of allegations against the 67-year-old studio boss in October 2017.

McGowan was one of the earliest - and most prominent - of Weinstein's accusers.

"Every one of us who has come forward, we have a name, we have a history, we have a life, we are more than Weinstein. But today, because of the brave women, who bared their deepest hurt for the world to see, he's in Rikers Island.

"For once he won't be sitting comfortably. For once he will know what it's like to have power wrapped around his neck. Today is not a referendum on #MeToo, this is taking out the trash."

It was alleged throughout the trial Weinstein leveraged his immense power and influence to exploit women and the jury heard harrowing testimony from a string of accusers.

He was convicted on charges stemming from a 2006 sexual assault and a 2013 rape. The jury found Weinstein not guilty on the most serious charge, predatory sexual assault, that could have resulted in a life sentence.

Weinstein faces between five and 25 years in prison, the Manhattan District Attorney said, with sentencing on March 11.

Weinstein's lawyers say they will appeal.

After the verdicts were returned on Monday, Judge James Burke ordered Weinstein taken to jail immediately.

Court officers handcuffed him, put their arms under his, and led him unsteadily from the courtroom via a side door without the use of the walker he relied on for much of the trial.

He was later taken from the courthouse in an ambulance, strapped to a stretcher in his suit, in what was believed to be a precautionary measure, and taken to a locked unit at Bellevue Hospital.

The judge said he would ask that Weinstein, who had been free on bail since his arrest nearly two years ago, be held in the jail's infirmary after his lawyers said he needed medical attention following unsuccessful back surgery.

McGowan, who alleges she was assaulted by Weinstein in the 1990s, praised the other women who came forward and said she wanted to cause a "massive cultural reset".

She said: "We achieved that already with what happened but today the trashman came.

"He said to all the little girls and little boys who get hurt in this world, some day maybe you too can have a voice."

Former Charmed star McGowan, 46, added: "I believe we can be better as a world, as people, as humans. Today is one more step forward in that direction."

British actress Lysette Anthony alleges Weinstein raped her at her home in London in the 1980s.

The Hollyoaks star paid tribute to the women who testified in court and attacked Weinstein's defence team for how they attempted to shield a "very rich, serial, predatory, rapist".

"That's what we did and I am very proud to be part with you all."

Actress Ashley Judd, another of the dozens of women to make allegations against Weinstein, tweeted: "For the women who testified in this case, and walked through traumatic hell, you did a public service to girls and women everywhere, thank you."

Former Sopranos star Annabella Sciorra gave evidence in court that Weinstein had raped her in her New York City apartment in the mid-1990s.

Weinstein was acquitted on the two counts of predatory sexual assault that hinged on Sciorra's evidence.

In a statement following the verdict, she said: "My testimony was painful but necessary. I spoke for myself and with the strength of the 80-plus victims of Harvey Weinstein in my heart.

"While we hope for continued righteous outcomes that bring absolute justice, we can never regret breaking the silence. For in speaking truth to power we pave the way for a more just culture, free of the scourge of violence against women."

He said: "This is the new landscape for survivors of sexual assault in America. This is a new day.

"It's a new day because Harvey Weinstein has finally been held accountable for crimes he committed. The women who came forward courageously, and at great risk, made that happen."

Tina Tchen, president and CEO of the TIME'S UP Foundation, said it marked a "new era of justice".

millions have thronged the streets in the past three weeks to demand the bill, which would allow criminal suspects to be...

the statue, a first for an mls player, honours the former england captain who was the first big european name to join th...