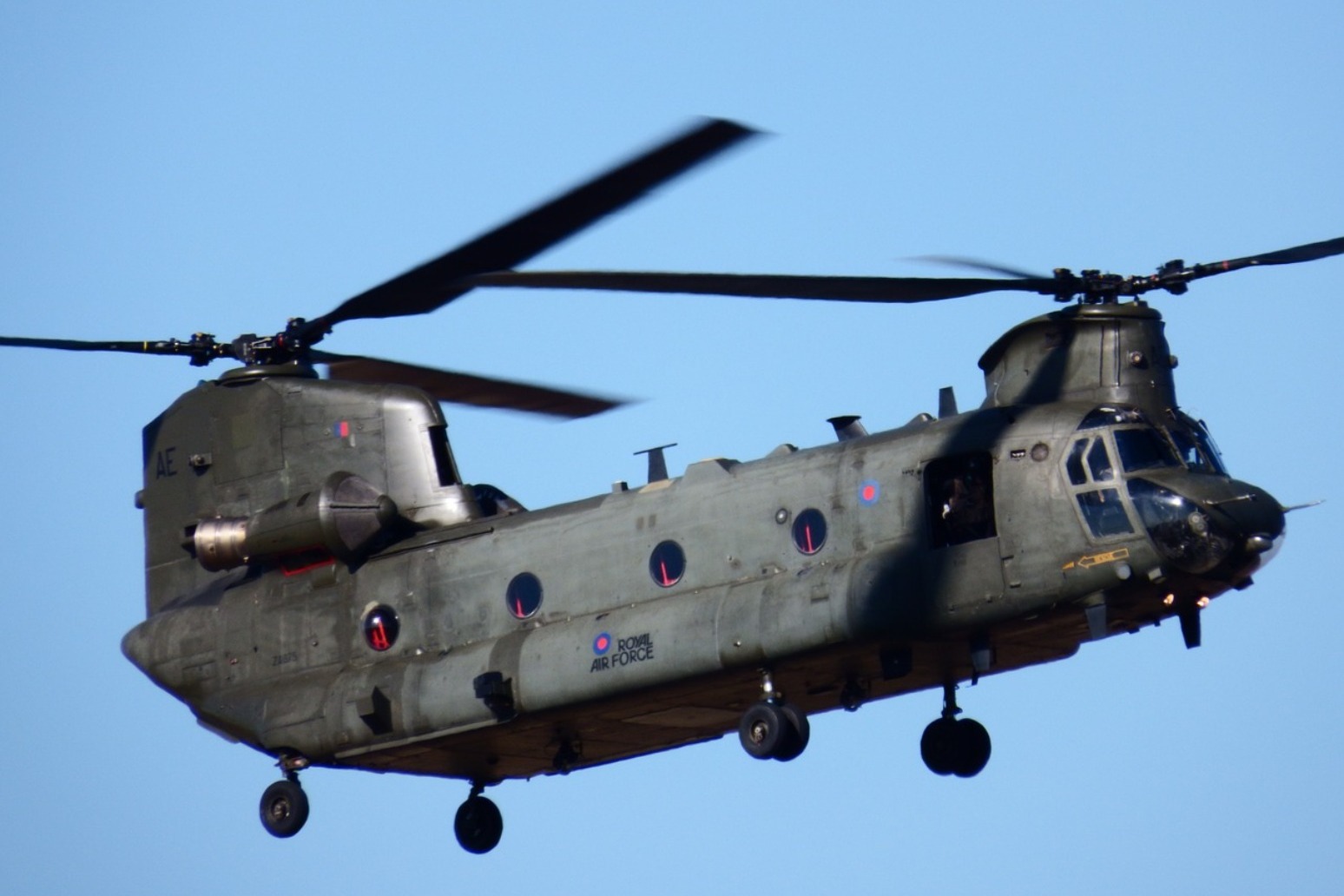 A military helicopter is working through the night to bolster defences in flood-hit South Yorkshire as more rain is forecast.

An RAF Chinook began ferrying bags of aggregate on to flood banks in the Bentley area of Doncaster on Sunday evening - close to an area of housing which was inundated by floodwater on Friday.

The military intervention came at the request of the Environment Agency, which said on Twitter: "We've asked for military support to move aggregate to the #BentleyIngs area.

"This doesn't represent a further risk.

"The aggregate is being used to add further strength to a #flood defence in the area."

The air drops in the Doncaster area came as the Met Office issued fresh weather warnings for heavy rain in South Yorkshire and as people who stayed in a flooded village cut off by river water were urged to leave by the council.

Around half the 700 residents of Fishlake, near Doncaster, left the village as the River Don burst its banks last week.

Those who stayed behind have been helping themselves amid the waist-high floods, with the local cafe and pub supplying food to those trapped inside their homes.

But on Sunday - as Prime Minister Boris Johnson said he was "in awe" of the resilience of flood-hit communities - Doncaster Council said it will not be providing "on the ground support" in Fishlake as the advice remains for residents to evacuate.

Chief executive Damian Allen said: "We are concerned over reports that some residents remain in the Fishlake area.

"South Yorkshire Fire and Rescue crews are on hand to evacuate any Fishlake residents who may be stuck in their homes, and we would urge everybody to take advantage of this.

"The council are unable to offer on-the-ground support to residents who are in severe flood warning areas, based on advice from the Environment Agency."

Mr Allen said a rest centre had been set up in nearby Stainforth, and the latest advice is that the Environment Agency does not expect flood waters in Fishlake to start to go down for at least the next 24 hours.

The council's statement came after villagers complained about a lack of support from the local authority.

Prime Minister Boris Johnson said he was "in awe of the community's spirit and resilience" following the flooding that has hit South Yorkshire and the Midlands.

In a statement, he said the Government's emergency Bellwin scheme had been activated to reimburse eligible councils for certain costs they incur.

Mr Johnson said: "On Friday, I visited Matlock in Derbyshire, where the flooding has caused devastation to people's homes and livelihoods.

"I'm in awe of the community's spirit and resilience in the face of this awful ongoing event.

"It is the same spirit seen in the affected areas across Yorkshire and the Midlands this past week.

"It is the stories of volunteers, of neighbours and of friends often literally carrying each other through this time that I have found immensely uplifting."

The dispute in Fishlake heightened as the Met Office said on Sunday that more rain is expected to hit the UK overnight.

It has issued yellow weather warnings for heavy rain on Monday, Tuesday and Thursday.

All cover the South Yorkshire area and the crucial catchment area of the River Don, which remains high along its length.

The warnings cover the same areas that are still dealing with the aftermath from Thursday and Friday's downpours stretching from Yorkshire to Derbyshire and the East Midlands.

Several areas were deluged with one month's worth of rain in a day, and a woman died after being swept up in floodwaters.

The body of Annie Hall, the former High Sheriff of Derbyshire, was found in the River Derwent on Friday morning after she was engulfed by floodwater in Darley Dale, near Matlock.

On Sunday evening the number of "danger to life" severe flood warnings was reduced from seven to five. All are along the River Don in Yorkshire.

There were also 43 active flood warnings and 103 flood alerts. 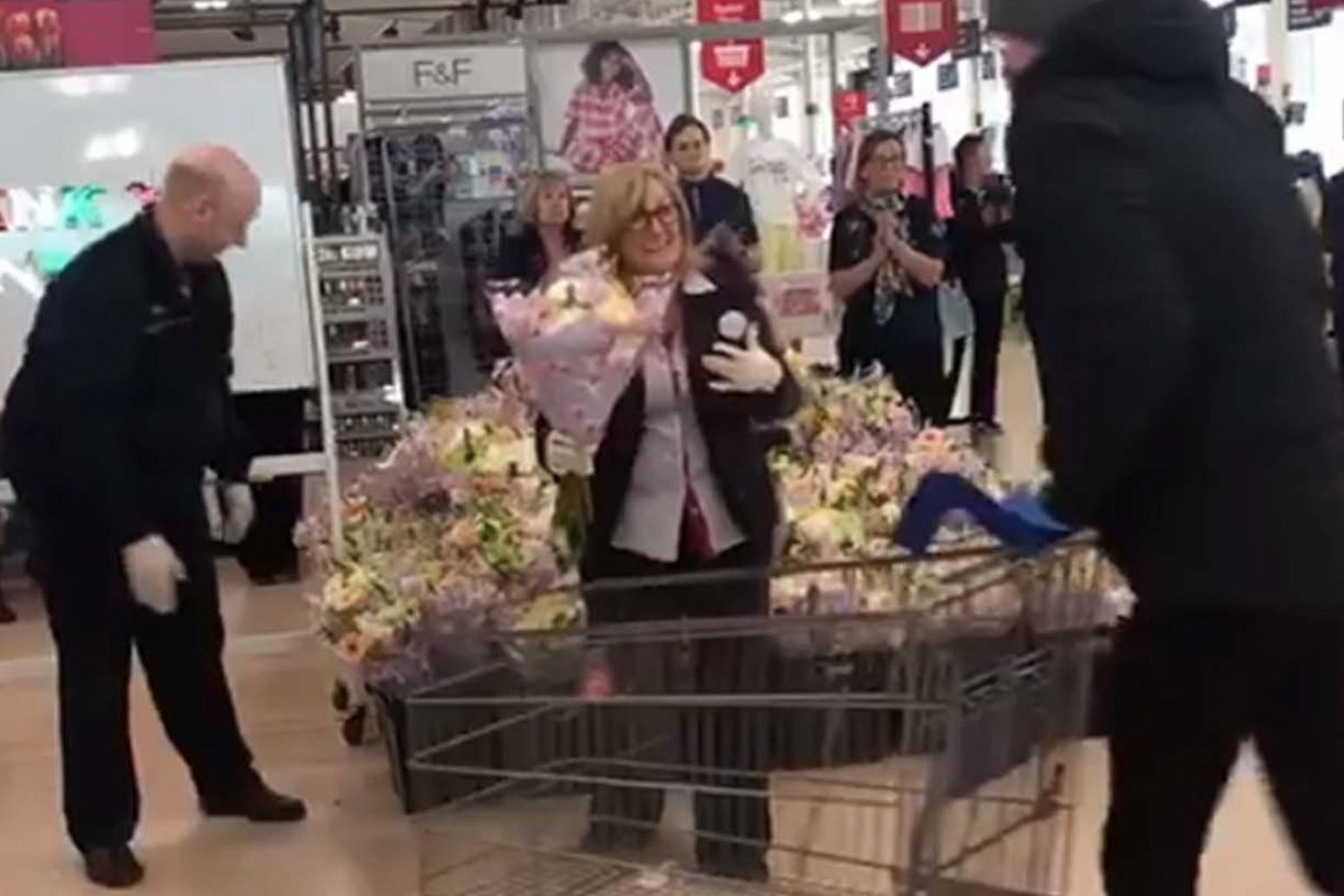 NHS workers given round of applause and flowers by Tesco staff