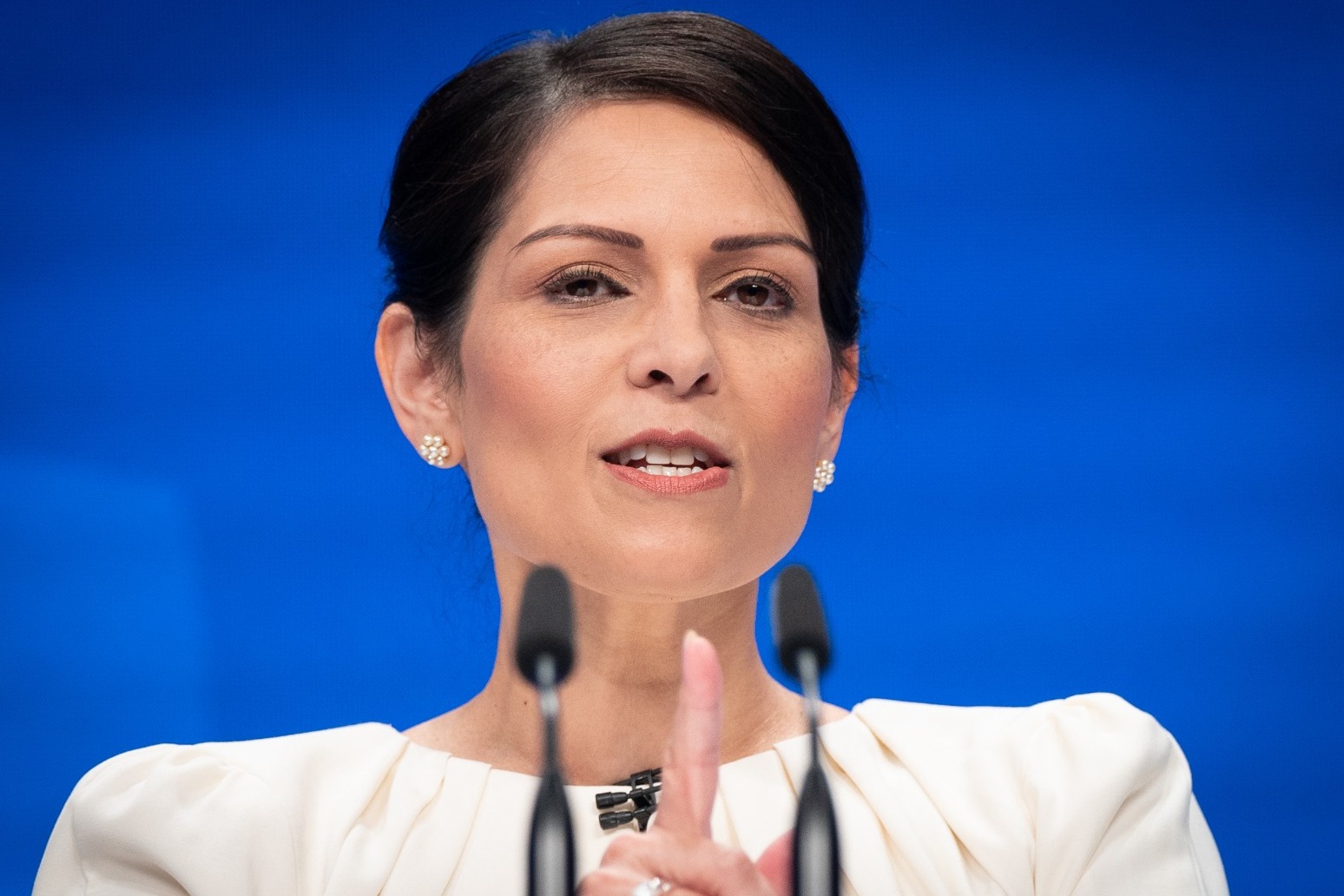 A phone service aimed at protecting women has been backed by the Home Secretary, but critics are calling for her to tackle male violence head on.

BT set out plans for “walk me home”, an emergency number to allow vulnerable women to have their journeys tracked and an alert triggered if they do not reach home in time.

The firm’s chief executive Philip Jansen said the idea came because he was filled with “outrage and disgust” after the murders of Sarah Everard and Sabina Nessa.

A spokeswoman said the Home Office had received a letter from Mr Jansen proposing the emergency number.

“We have received the letter and will respond in due course,” the spokeswoman said.

“As set out in our strategy earlier this year, we need a whole of society approach to tackling violence against women and girls and welcome joint working between the private sector and Government.”

The Daily Mail quoted Home Secretary Priti Patel as saying: “This new phone line is exactly the kind of innovative scheme which would be good to get going as soon as we can. I’m now looking at it with my team and liaising with BT.”

The Mail reported the new service could be in operation by Christmas, potentially with the number 888 and the ability to summon police.

Mr Jansen wrote in the newspaper: “There is a growing anger and desperation to take action. As CEO of BT, I am in a position to do something practical. I have been thinking about how we can use technology to tackle the problem.

“So, together with my BT colleagues, I have come up with something that I believe can help.”

He said “similar GPS technology to Uber and Google Maps” could allow a phone user to opt in to a “remote tracking mechanism”.

He added: “When activated it would automatically trigger an alert if they didn’t reach their destination within the expected time.

“The user’s named emergency contacts – usually family and friends – could then raise the alarm with the police if they could not establish the user’s whereabouts and safety.

“No one would be missing for hours, their whereabouts unknown. It would also allow a user to send an instant alert to the police, with just one touch.

“My colleagues at BT are now working on the technology and practicalities.”

BT listed a number of advantages of the app, including better information for emergency services and integration with smart city technology such as CCTV networks.

The firm urged the Government to consider a pan-industry meeting and to fund the project to allow a “free service across all networks”.

It also proposed further innovation such as a “walk me home drone escort service”.

However, MPs and campaigners questioned whether the Government should introduce technology and urged ministers to tackle male violence head on.

“But the underlying problem is not how women feel it’s the culture of male violence against women and of course this app is going to do nothing to tackle that; and I think the Government needs to come forward with a whole suite of measures that are going to address the root of the problem and not just find a sticking plaster that might make everybody feel a bit better but actually achieve very little,” she added.

Asked if the app risks feeding a sense that the burden is on women to protect themselves from harm, she said: “Absolutely and yet again we’re talking about actions women have to take to make themselves safer and not the root cause of the problem.”

Labour deputy leader Angela Rayner said on Twitter: “Here’s a radical idea for you Priti – instead of tracking women’s movements as we go about our lives, how about the Government actually tackles male violence instead?

“Only 1% of reported rapes result in a charge. That’s the problem, not us walking home.”

Samantha Billingham, from the Survivors of Domestic Abuse support group, tweeted: “Women could use the app to summon Police if they felt threatened. After the murder of Sarah Everard?

“Stop putting a plaster over things @pritipatel that need a bandage wrapped around to work and keep in place. Tackle the issue in hand!”

Police Federation spokesman Phill Matthews told the Mail “anything that improves people’s safety we would not be opposed to per se”, but also noted there could be issues if the system “generated a load more work for police”.

Former chief crown prosecutor for the North West Nazir Afzal tweeted: “Any strategy that requires the potential women victims to be tagged rather than the violent male perpetrator will fail.

“The cause of violence against women is a violent man, not a lone woman.”

Metropolitan Police officer Wayne Couzens used his police-issue handcuffs and warrant card to stage a fake arrest so he could kidnap 33-year-old Ms Everard before he raped and murdered her.

and he's defended the conservatives' claim that jeremy corbyn's policies would cost £1.2 trillion. the chancellor... 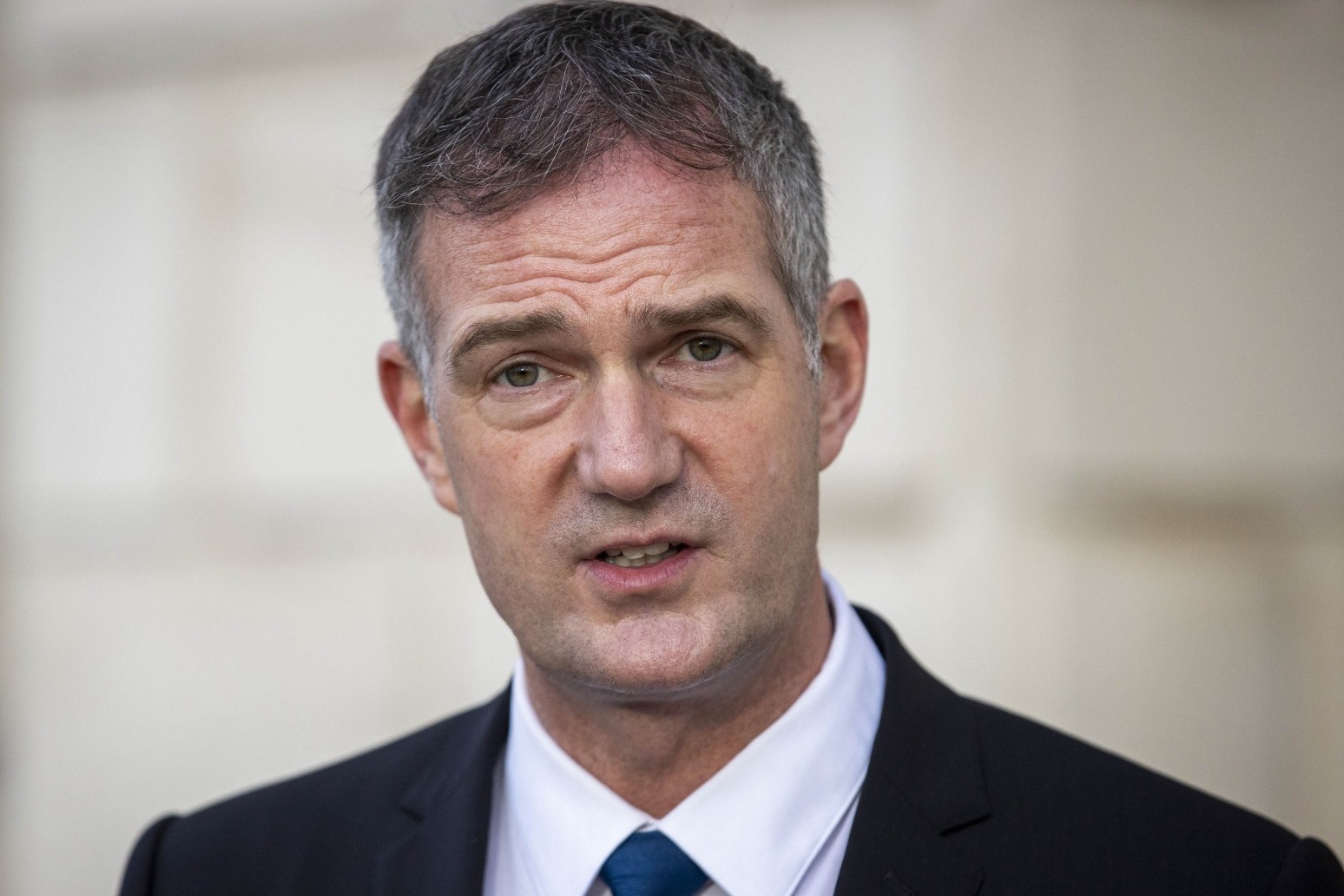 senior backbencher tobias ellwood said there had been “a huge breach of trust” with the british people as he...