Police told to be 'consistent' over coronavirus lockdown rules

Police forces have been told to be "consistent" over their handling of new powers to enforce the Covid-19 lockdown. It comes following criticism of how some have been applying the powers, which include fines and arrests, brought in after the Government introduced social-distancing measures last week.

Transport Secretary Grant Shapps admitted there had been "one or two instances" of police being heavy-handed but said in the main, forces were being "sensible".

Guidance sent out to forces said communities must receive a "consistent" level of service from officers along with a "single style and tone", according to the BBC.

The document from the National Police Chiefs' Council (NPCC) and the College of Policing was issued to the 43 police forces in England and Wales last week, but has not yet been made public.

Lancashire Police issued 123 fines for breaches of the rules over the weekend, while officers in Cheshire summonsed six people for various offences, including multiple people from the same house going out to buy "non-essential" items.

South Wales Police hit out at MP Stephen Kinnock for visiting his father, former Labour leader Neil Kinnock, on his birthday; while Derbyshire dyed the Blue Lagoon in Buxton black to deter groups of people from gathering at the beauty spot.

West Midlands Police chief constable Dave Thompson said arguments that Britain was becoming a "police state" were "widely off the mark" in a series of tweets on Tuesday.

He told BBC Radio 4's Today programme: "Of course, we are trying to achieve that consistency and that's the work I am doing at the centre through the operation that we are running to try to coordinate policing across all the forces of the UK that are all dealing with these issues in their own context.

"So, we will constantly be striving to achieve that level of consistency and we will be looking at the way the issues are being dealt with and the good practice as well as things we think maybe we wouldn't want to do in that way.

"But we are going to have to learn as we go along because this is very challenging, the measures are unprecedented for anybody to be dealing with, both for the public and the police."

Mr Shapps said it was "sensible" to promote consistency, telling BBC Breakfast: "I think the police are doing a difficult job.

"There will be one or two instances where they have perhaps not approached it in the right way but in general, actually, across the country not only are people complying very well but, generally speaking, the police are taking a very sensible approach to it."

Britain's most senior police officer, Metropolitan Police Commissioner Dame Cressida Dick, has told her force only to use the new powers, which allow them to fine or arrest those who break lockdown laws, as a last resort.

Writing in The Daily Telegraph, Met assistant commissioner Neil Basu said officers should strive to preserve the public's confidence through persuasion and education, rather than automatic enforcement.

He called for the public to show understanding toward police, and for officers to "police by consent" as they are compelled to use powers he "never imagined a British police officer would be asked to use". 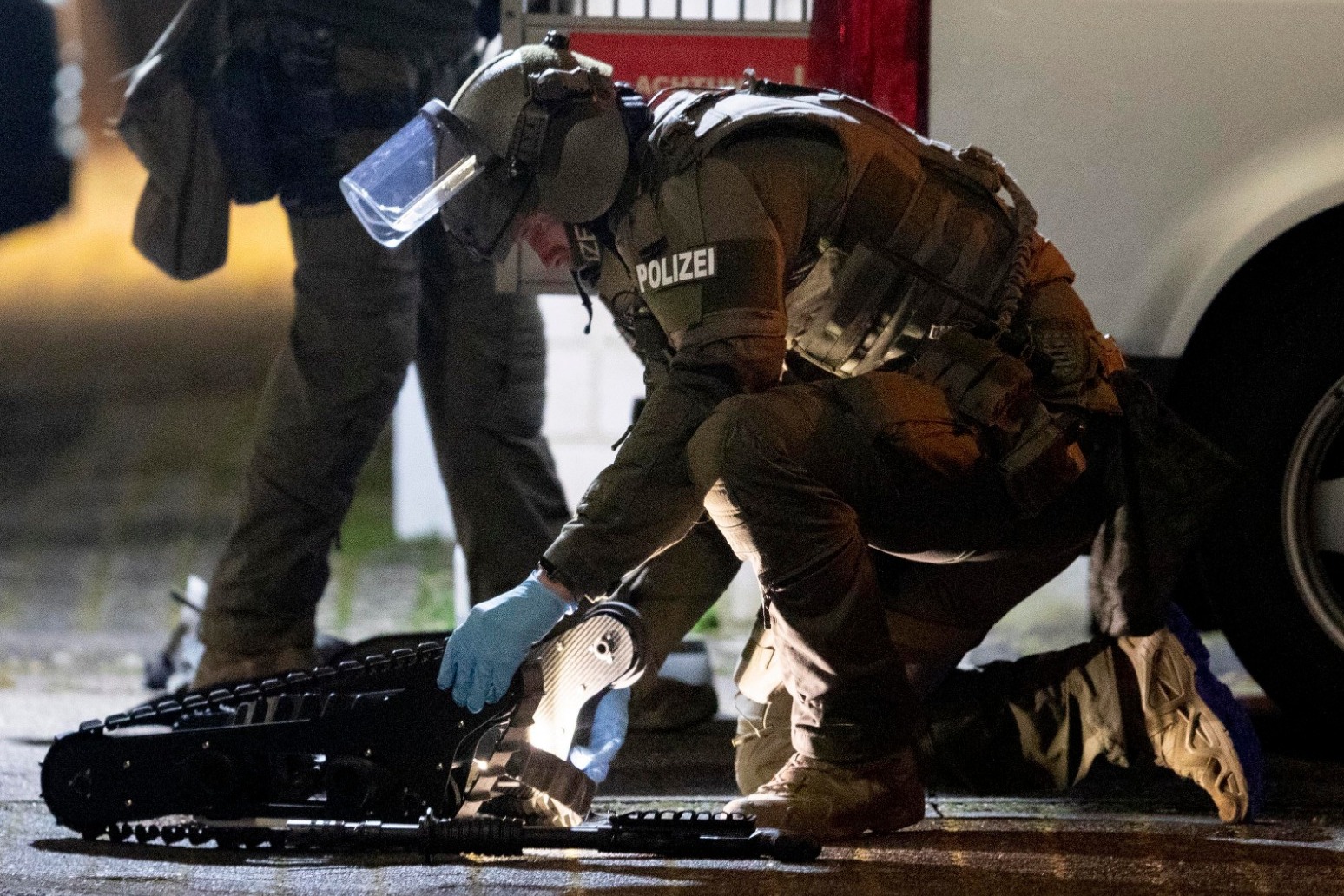 officers in germany also found another body at the same address in the early hours of thursday. police gave no details ...