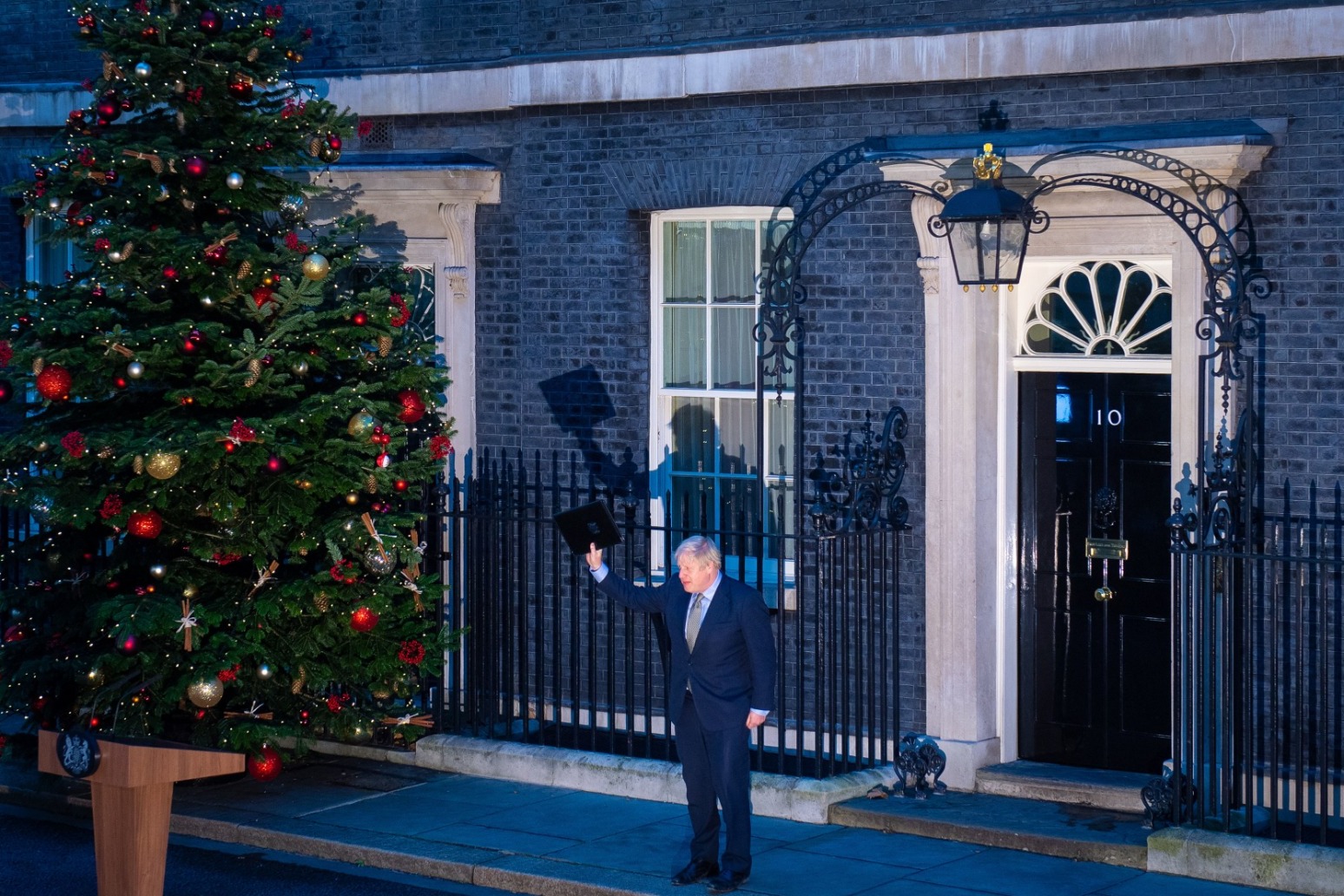 Boris Johnson will meet with newly-elected Conservative MPs as part of a celebratory victory lap after winning a "stonking mandate" at the General Election.

The Prime Minister secured an 80-seat majority and many of his gains came in Labour's heartland areas across the North and the Midlands.

Some areas, such as Bishop Auckland in the North East, had never elected a Tory MP before Thursday.

Mr Johnson, speaking outside Number 10, said he would "work round the clock" to repay the trust of those who "voted for us for the first time" - including those whose "pencils may have wavered over the ballot and who heard the voices of their parents and their grandparents whispering anxiously in their ears".

His comments were echoed by Housing Secretary Robert Jenrick, who said the Government would look to redirect investment towards those communities that did not feel as if they were being heard.

"We are very grateful to these traditional Labour voters, in many cases, for lending us their support on this occasion, perhaps because of Brexit," Mr Jenrick told BBC's Newsnight.

"We need to earn that trust now and hopefully we will have five years ahead of us to do that."

Mr Johnson will make the first move to show newly-elected MPs that the concerns of their constituents will be heard with a visit on Saturday to some of those who overturned a Labour majority.

He told members at an early morning rally in Westminster that, in order to retain their newfound support, the party would have to change some of its priorities.

In a victory speech on Friday, the PM emphasised that he had an "overwhelming mandate" to take Britain out of the EU by the end of January and deliver on his pledge to "get Brexit done".

Mr Johnson called for unity in the country, urging "everyone to find closure and to let the healing begin" after more than three years of division.

But he also recognised that there were concerns away from Brexit and, in a possible nod towards Labour voter concerns, confirmed he would prioritise the NHS.

"I believe - in fact, I know because I heard it loud and clear from every corner of the country - that the overwhelming priority of the British people now is that we should focus, above all, on the NHS, that beautiful idea that represents the best of our country," he said.

Not everyone was convinced, with protests against Mr Johnson turning angry in Westminster on Friday evening.

The Metropolitan Police confirmed two people were arrested in relation to the protest.

Setting out his first plans for Government, the PM is expected to reintroduce his Brexit deal in the Commons next week following the Queen's Speech and State Opening of Parliament on Thursday.

He has already started work on picking up relations with key European leaders, speaking by phone with German Chancellor Angela Merkel and Irish Taoiseach Leo Varadkar.

In an interview on Sky News, Mr Varadkar suggested Mr Johnson could be prepared to strike a trade deal with the European Union that would keep the UK closely tied to Brussels standards.

The Taoiseach said he wanted to ensure "there is a set of minimum standards so that nobody feels that there's unfair competition or anyone's trying to undercut them" on workers' rights and environmental protections.

"In my conversations with Mr Johnson, I think he's probably in a similar space, so it's a case of now getting on with it," he said.

With all 650 results declared, the Conservatives had 365 seats after the election - a net gain of 67 compared to the state of the parties at the dissolution of Parliament in November.

The result plunged Labour into turmoil, with leader Jeremy Corbyn announcing he would not take the party into the next General Election after seeing a string of former strongholds fall to the Tories.

But he faced furious demands to quit immediately after he said he intended to lead the party through a "process of reflection" as it considered the way forward.

Positioning in the race to replace Mr Corbyn has already started, with ardent Remainer David Lammy confirming he was considering putting his name forward.

The outcome also put Mr Johnson on a collision course with SNP leader Nicola Sturgeon after she used the landslide result north of the border to demand the right to hold a fresh referendum on Scottish independence.

The PM spoke to Ms Sturgeon on Friday evening, reiterating his "unwavering commitment to strengthening the union", according to a Downing Street spokesman.

"The Prime Minister made clear how he remained opposed to a second independence referendum, standing with the majority of people in Scotland who do not want to return to division and uncertainty."

In her farewell speech in central London, Ms Swinson name-checked several re-elected female MPs , including education spokeswoman Layla Moran and home affairs spokeswoman Christine Jardine, who had the "experience" to succeed her.

police were called at 06:06hrs on wednesday, 14 february following a collision between two airport vehicles on the taxiw...

Fight for Senate control awaits in Georgia after Biden’s win

that post-election cliff-hanger will determine the balance of power in washington, as neither party appears to have a lo...