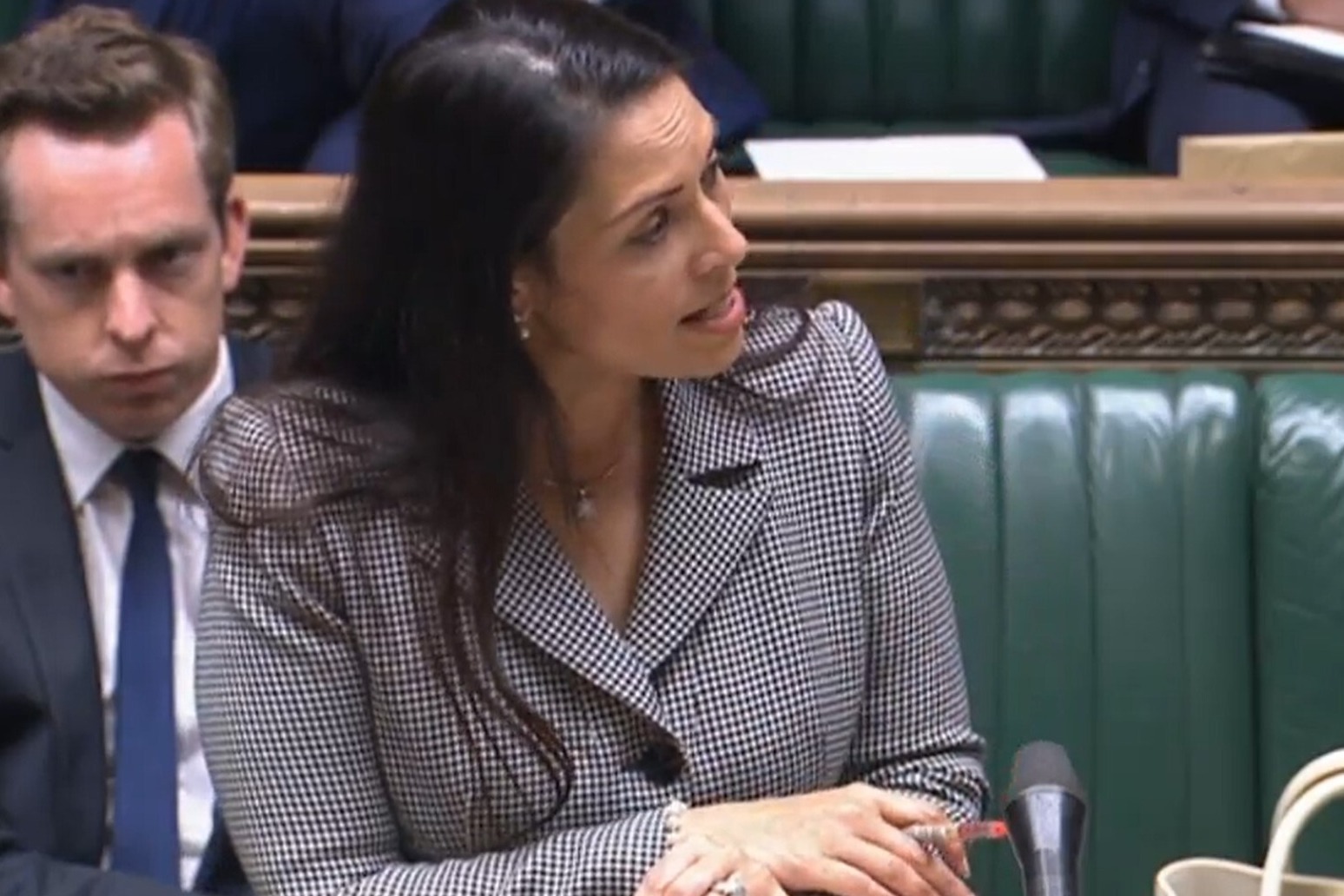 The UK could pull out of Europe’s human rights framework after last-ditch legal rulings blocked the Government’s plans to relocate asylum seekers to Rwanda.

Downing Street said all options were on the table and did not rule out withdrawing from the European Convention on Human Rights (ECHR).

Home Secretary Priti Patel told MPs that three of the asylum seekers set to be on the first flight to Rwanda on Tuesday night had their removal blocked by the Strasbourg-based court, which interprets the ECHR.

Asked if the Government could withdraw from the ECHR, the Prime Minister’s official spokesman said: “We are keeping all options on the table including any further legal reforms that may be necessary.

“We will look at all of the legislation and processes in this round.”

Attorney General Suella Braverman echoed that position and said many people would be frustrated at the role played by a “foreign court”.

She added: “We are definitely open to assessing all options available as to what our relationship should be going forward with the European Court of Human Rights.”

A succession of Tory MPs pushed for the UK to withdraw from the ECHR and the jurisdiction of the Strasbourg court.

Because neither the convention nor the court are European Union creations, the UK’s membership was unaffected by Brexit.

Alexander Stafford condemned the “despicable ruling from the foreign European Court of Justice” while Sir Desmond Swayne said: “We are going to have to grasp the nettle and extend the principle of ‘taking back control’ to the convention.”

Withdrawing from the ECHR would be fraught with difficulties because it underpins human rights obligations in international treaties including the Good Friday Agreement and the Brexit deal.

Pulling out of the convention, drawn up by the Council of Europe which Winston Churchill was instrumental in founding in the aftermath of the Second World War, would also risk damaging the UK’s reputation on the world stage.

Despite the focus on the ECHR, three of the asylum seekers due to be on the plane were granted injunctions by the Court of Appeal.

The court confirmed on Wednesday afternoon that three judges held an urgent hearing at 9.50pm on Tuesday – just 40 minutes before the flight was due to take off.

The ECHR has publicly confirmed details of just one of the cases heard by an out-of-hours judge.

It ruled that an Iraqi asylum seeker, referred to as KN, should not be put on a flight until three weeks after the final domestic court decisions on the legality of the whole Rwanda policy.

A full High Court review of the plan is expected in July but Downing Street indicated a new flight to Rwanda could take place before the legal process is completed.

The charity Care4Calais, which was involved in the legal battles, said seven men had originally been expected on the flight on Tuesday.

“Through the day, four of those seven made individual claims to the British courts to stop them being forcibly sent,” the charity said.

“Three more men had their deportations stopped by an intervention by the European Court of Human Rights.”

The Home Secretary told MPs it was “inevitable” there would be legal challenges to the Government’s policy.

But she added: “This Government will not be deterred from doing the right thing. We will not be put off by the inevitable legal last-minute challenges.”

In a reference to protests against the plans, she added: “Nor will we allow mobs to block removals.”

She said the Strasbourg court’s decisions “are not an absolute bar on their transfer to Rwanda”.

Anyone ordered to be released by the courts “will be tagged while we continue to progress their relocation”, she said.

Ms Patel and Prime Minister Boris Johnson have repeatedly hit out at the lawyers bringing legal challenges against the Government and the groups and MPs supporting them.

The Home Secretary told the Commons: “I am afraid the usual suspects, with the blessings of honourable and right honourable members opposite, have set out to thwart and even campaign against these efforts, and, with that, the will of the British people.”

At Prime Minister’s Questions, Mr Johnson accused Labour of being “on the side of the people-traffickers who would risk people’s lives at sea”.

Shadow home secretary Yvette Cooper told Ms Patel the Rwanda situation is “a shambles”, adding: “This is not and never has been a serious policy and she knew that when she chartered the plane.

the match commander at the hillsborough disaster is to be trialled for the lives of 95 people who died. &nbsp... 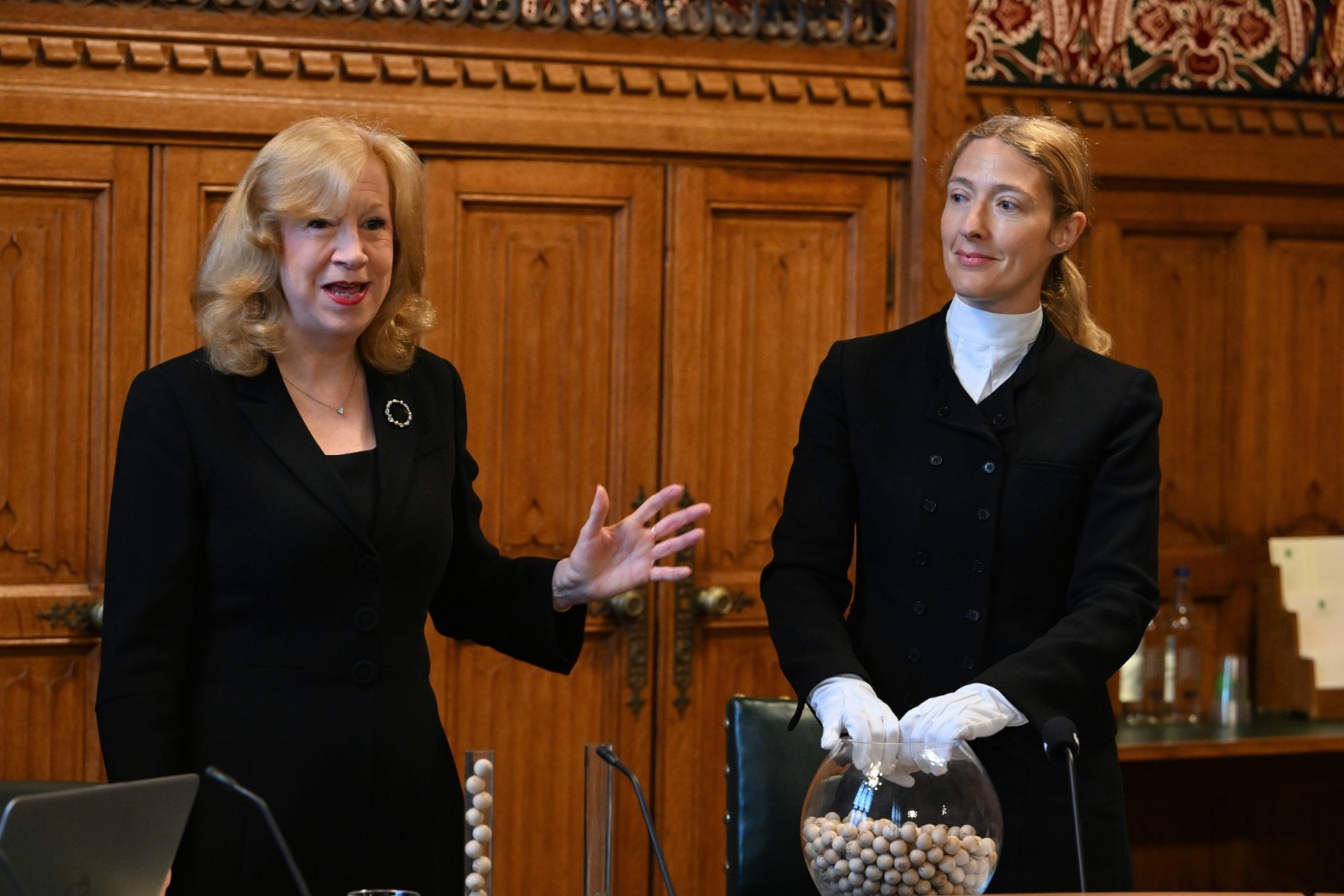