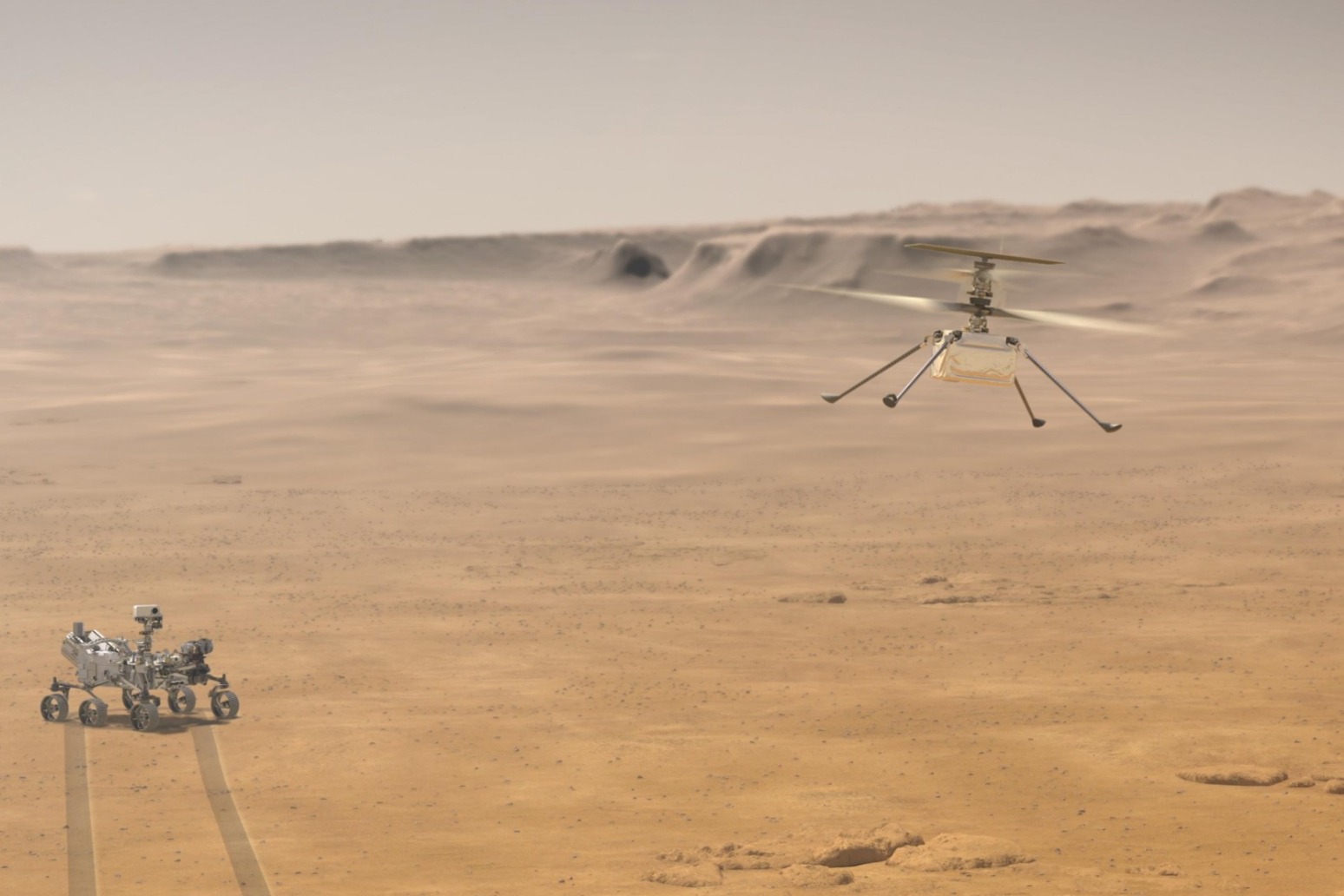 A helicopter built by Nasa will try to take flight on the red planet as part of the US space agency’s first attempt at a powered, controlled flight on another world.

The Ingenuity helicopter is expected to take to the Martian skies on Monday morning.

The small craft is part of a technology demonstration – a project that aims to test a new capability for the first time.

Data from the first flight will return to Earth a few hours after the autonomous test.

The original flight date of April 11 was postponed as engineers worked on pre-flight checks and a solution to a command sequence issue.

The Perseverance rover will provide support during flight operations, taking images, collecting environmental data, and hosting the base station that enables the helicopter to communicate with mission controllers on Earth.

Ingenuity arrived at the Jezero Crater on February 18 after an eight-month journey spanning nearly 300 million miles, tucked inside the belly of Nasa’s Perseverance rover.

After the spacecraft landed, it dropped the drone onto the ground so Ingenuity could prepare for its maiden flight.

Standing just 50cm tall, the helicopter weighs 1.8kg on Earth, but is a mere 0.68kg on Mars because of the red planet’s lower gravity.

It is armed with two rotors that spin in opposite directions to lift the drone off the ground.

As well as the lower gravity, the helicopter faces the challenge of flying in the Martian atmosphere, which is about 100 times thinner than Earth’s.

As it is a technology demonstration, the helicopter does not have any scientific instruments onboard.

One of Ingenuity’s key objectives is to survive the “bone-chilling temperatures” of the red planet, with “nights as cold as minus 90C”, Nasa says.

For its first flight, the helicopter will take off from the ground and hover in the air at around 10 feet (three metres) for about 20 to 30 seconds before descending and touching back down on the Martian surface.

This will mark what Nasa describes as a “major milestone” – the very first powered flight in another world.

After that, Ingenuity will attempt additional experimental flights which will involve travelling further distances and increasing altitudes.

All together the helicopter will aim for up to five test flights within a 30 Martian-day (31 Earth-day) demonstration window.

It is designed to be mostly autonomous so Nasa will not be able to control the helicopter remotely.

This is because of the distance between Earth and Mars – it takes more than 11 minutes to get a radio signal back to Earth.

The space agency said it will not be able to look at engineering data or images from each flight until well after the flight takes place.

“We’re doing everything we can to make it a success, but we also know that we may have to scrub and try again.

“In engineering, there is always uncertainty, but this is what makes working on advanced technology so exciting and rewarding.

“We have to continually innovate and develop solutions to new challenges.

“And we get to try things others have only dreamed of.” 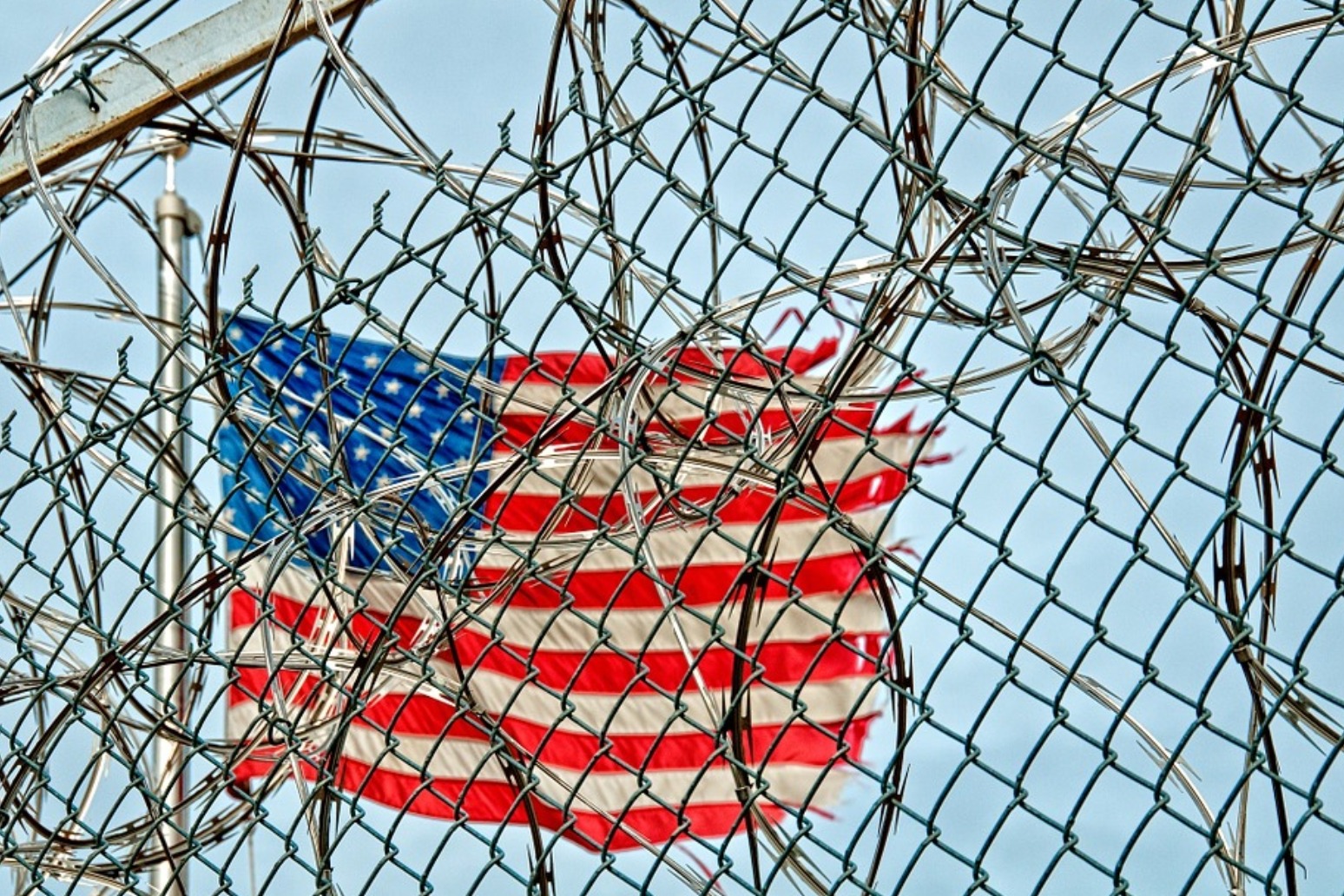 but former mi6 chief sir john sawers said the pair should be brought back to the uk to face justice. together, their ce...

at the center of friday's hearing is the question of the president's authority to construct a wall using funds that cong...