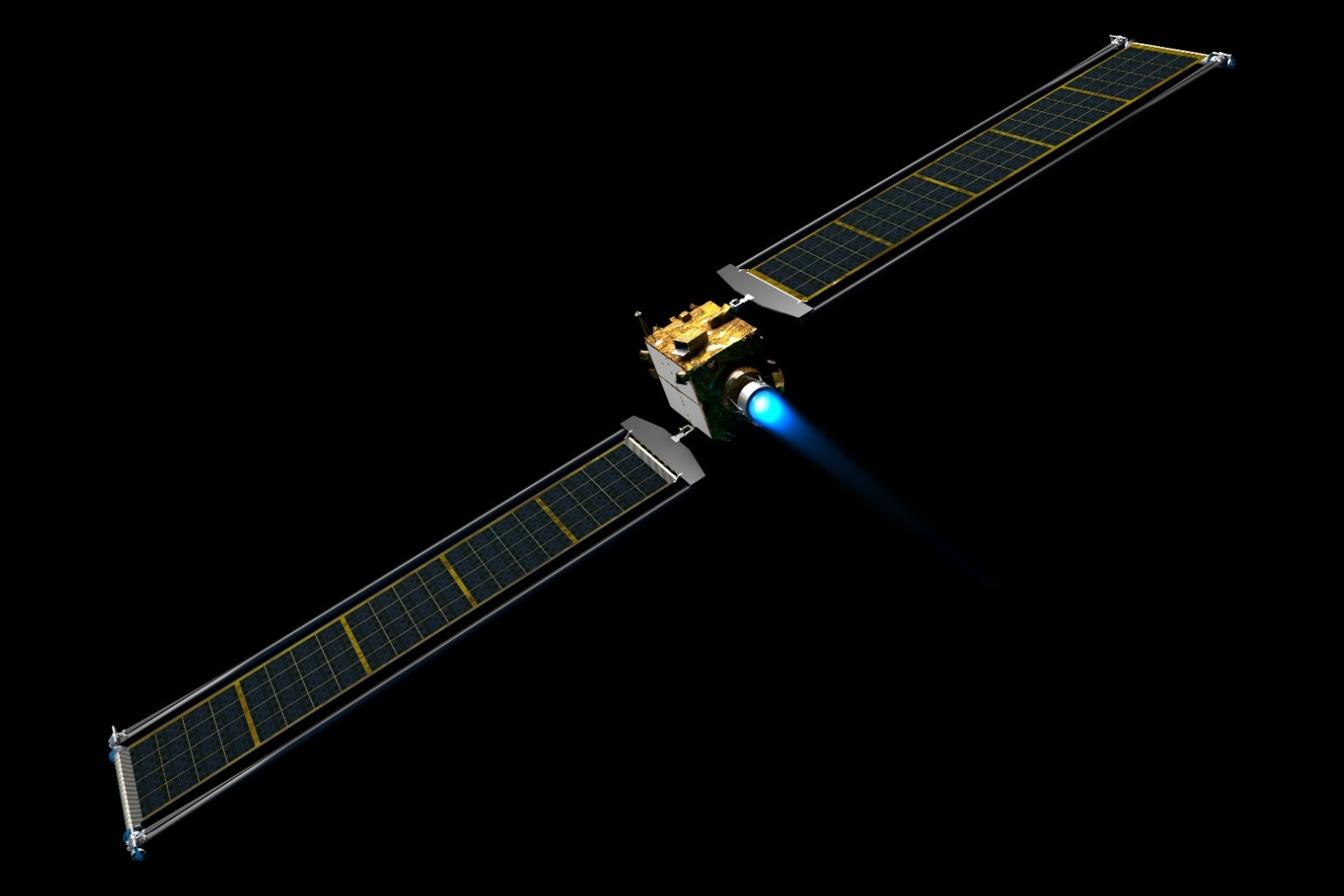 Nasa spacecraft will crash into asteroid to test defence technology

Nasa is set to launch a mission that will see a spacecraft crash into an asteroid in a bid to smash it off course.

It aims to prove that a spacecraft can autonomously navigate to a target asteroid and intentionally collide with it – called a kinetic impact – at roughly four miles per second (six kilometres per second).

The collision will change the speed of the moonlet in its orbit around the main body by a fraction of 1%.

But this will change the orbital period of the moonlet by several minutes – enough to be observed and measured using telescopes on Earth.

Nasa says this system is a perfect testing ground to see if intentionally crashing a spacecraft into an asteroid is an effective way to change its course, should an Earth-threatening asteroid be discovered in the future.

While no known asteroid larger than 140 metres in size has a significant chance of hitting Earth for the next 100 years, only about 40% of those asteroids have been found as of October 2021.

Dart is scheduled to launch no earlier than 6.20am on November 24 on a SpaceX Falcon 9 rocket from Vandenberg Space Force Base in California, in the US.

Once launched, Dart will deploy roll out solar arrays (Rosa) to provide the solar power needed for its electric propulsion system.

The system is based on the Dawn spacecraft propulsion system, and was developed at Nasa’s Glenn Research Centre in Cleveland, Ohio, in the US.

By using electric propulsion, Dart could benefit from significant flexibility to the mission timeline.

less than five months before britain is due to leave the eu on march 29, a deal is at least 95 percent done but official...

emergency services were called to a house on hazel way, crawley down, on sunday morning and found the two women outside ...