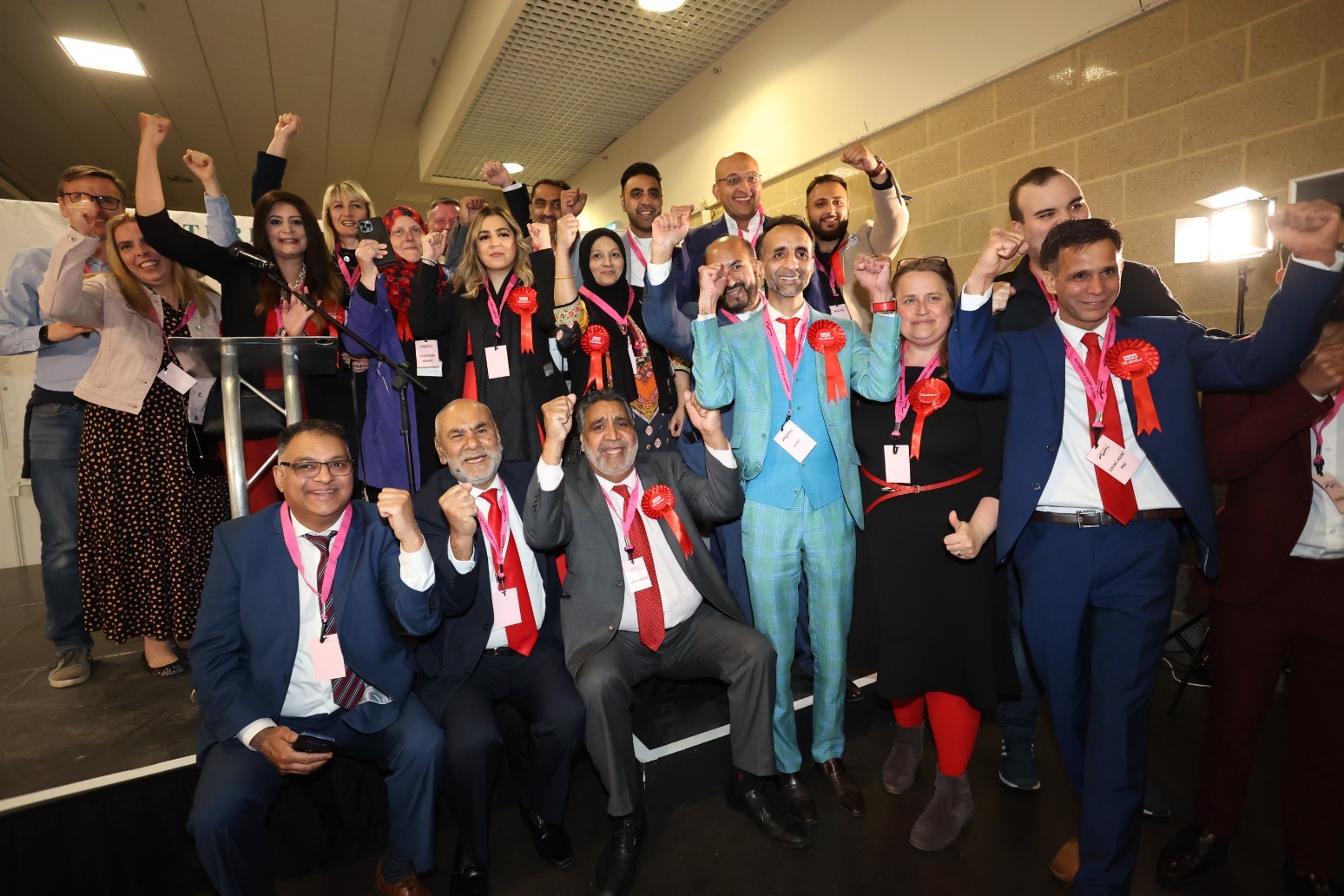 The first results are in, with more expected throughout the day

Boris Johnson faced a backlash from local Tory leaders as his party lost major London authorities to Labour and suffered setbacks across England.

Sir Keir Starmer’s party further strengthened its grip on the capital, taking the totemic Tory authority in Wandsworth, making a significant breakthrough in Barnet and closing in on Westminster City Hall.

As dozens of Tory councillors lost their seats against a backdrop of the row about lockdown-busting parties in No 10 and the cost-of-living crisis, local Conservative leaders criticised the Prime Minister.

John Mallinson, leader of Carlisle City Council hit out after Labour took control of the new Cumberland authority which will replace it.

He told the BBC: “I think it is not just partygate, there is the integrity issue.

“Basically I just don’t feel people any longer have the confidence that the Prime Minister can be relied upon to tell the truth.”

In Portsmouth, where the Tories lost four seats, Simon Bosher the leader of the Conservative group said Mr Johnson should “take a good, strong look in the mirror” because “those are people that are actually bearing the brunt on the doorstep of behaviour of what’s been going on in Westminster”.

Ravi Govindia, leader of the Wandsworth Tories, said: “Let’s not be coy about it, of course national issues were part of the dilemma people were facing.”

Before the final results were declared in Barnet, the Conservative group leader Daniel Thomas conceded defeat, saying the loss was a “warning shot” from his party’s supporters.

“Clearly if Labour are to get a majority in Parliament they need to win Barnet,” he said.

“They won the council, if they win our parliamentary constituencies as well, then it doesn’t bode well for us to form a Government in future general elections.”

The Conservatives are increasingly pessimistic about the situation in Westminster, a council they have run since its creation in 1964.

“We will lose it,” a senior Tory source said.

– Labour gained Southampton from the Conservatives.

– The Tories lost Worcester to no overall control.

– Voters in Bristol decided to abolish the post of mayor in a referendum.

– In Rutland, where there was not even an election, council leader Oliver Hemsley quit the Conservative group.

– Votes will start to be counted later in more counties in England, Scotland and Wales.

– In Northern Ireland, counting will begin to decide on the make-up of the Stormont Assembly, with Sinn Fein vying with the DUP to become the largest party.

After official results were declared from 62 councils, the Tories had lost control of four authorities and suffered a net loss of 97 seats, Labour had a net gain of two councils and 52 councillors, the Lib Dems had gained a council and 40 seats while the Greens had put on 19 councillors.

The loss of Wandsworth will be a significant blow because of its symbolic status in London.

It turned blue in 1978, a year before Margaret Thatcher’s election as prime minister and was reputedly her favourite council, noted for its low taxes.

London Mayor Sadiq Khan said that “history has been made” with the victory.

Labour’s success in Barnet, which has a large Jewish population, will be seen as a sign the party has turned the corner on the anti-Semitism rows which dogged Jeremy Corbyn’s leadership.

Mid-term elections are always difficult for a governing party, although as many of the English seats were last contested in 2018 during Theresa May’s chaotic administration, opportunities for opposition parties to make further gains may be limited.

A Tory source conceded “we expect these elections to be tough”.

Cabinet minister Brandon Lewis insisted Mr Johnson remained the right person to lead the party, amid speculation that a bad set of election results – coupled with any further revelations about No 10 lockdown-busting parties – could see more Tory MPs submitting letters of no confidence.

The Northern Ireland Secretary told Sky News: “I absolutely think we can win the next election, and I do think Boris Johnson is the right person to lead us into that.”

Policing minister Kit Malthouse told the BBC: “The further away you get from London, our sense is that the picture is better for us.”

Labour’s campaign has been hit by Tory calls for Durham Police to look into whether Sir Keir broke Covid rules while campaigning before the 2021 Hartlepool by-election – something he has dismissed as “mudslinging”.

The Tories have also complained about a secret pact between Labour and the Lib Dems to maximise Conservative pain in marginal seats, something denied by both opposition parties.

While Labour enjoyed success in London, there was a mixed picture elsewhere – with the loss of Hull blamed on local issues but the party insisting it was winning back support in Brexit-supporting areas.

Shabana Mahmood, Labour’s national campaign co-ordinator, said it was a “turning point” for the party.

“After the disastrous results of 2019, these early results are showing the progress we have made thanks to Keir’s leadership. Labour is making headway in England, Scotland and Wales, taking over key Conservative councils and winning in vital Parliamentary battlegrounds across the country,” she said.

Shadow work and pensions secretary Jonathan Ashworth acknowledged there was a mountain to climb for the party following the 2019 general election.

“It’s climbable, but my god it’s a big mountain because we got an absolute hammering in 2019, the worst result since the 1930s,” he told the BBC.

Party leader Sir Ed Davey said: “I am optimistic that thanks to their hard work, the Liberal Democrats will gain ground in areas across the Blue Wall where voters are fed up of being taken for granted by the Conservatives.” 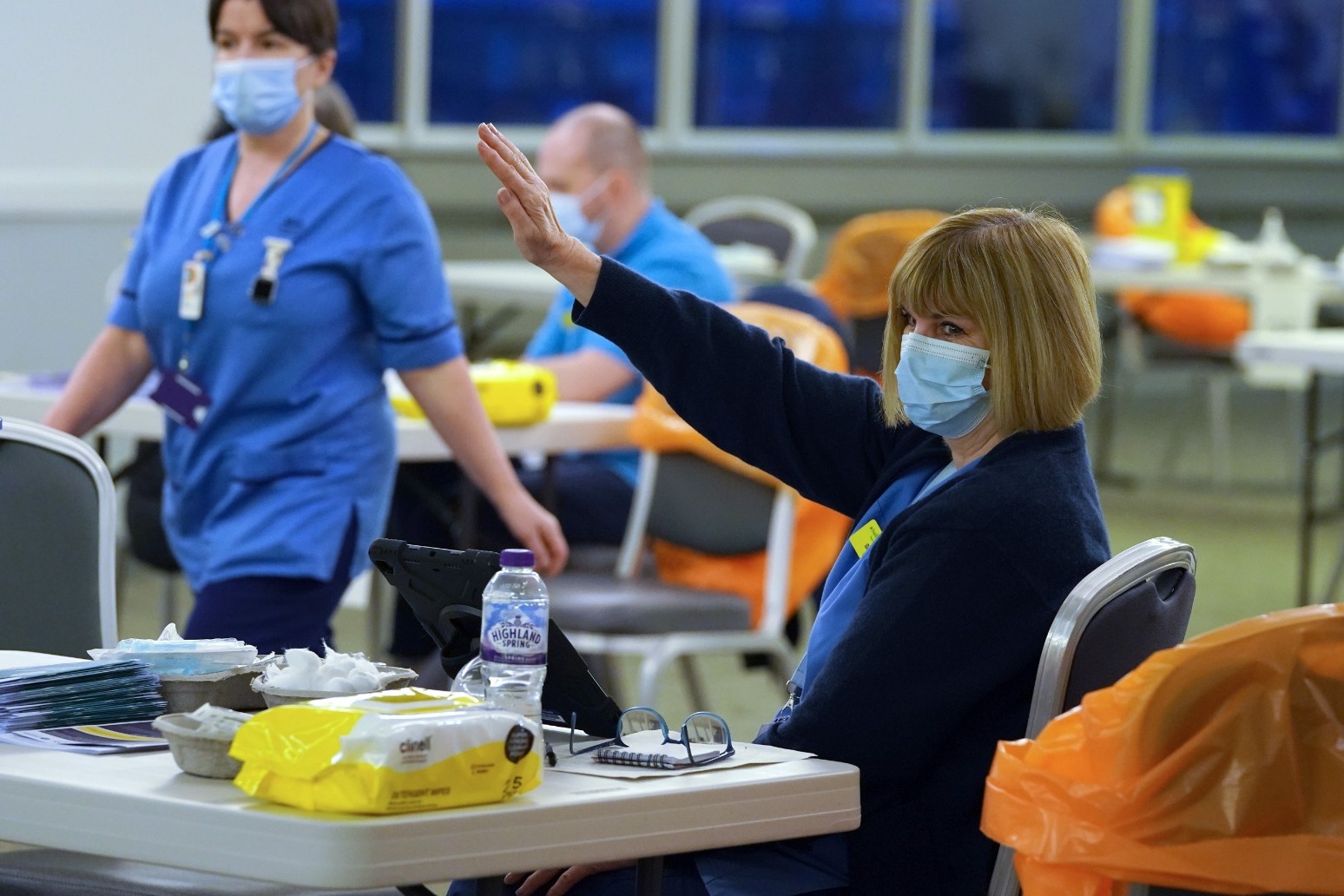 Thousands of Covid vaccinators take up permanent roles in NHS

new figures from the health service show 11,483 people who helped deliver coronavirus jabs have started a career in the ...

the young woman from wickford, essex, went on a date with a 27-year-old man she met on the dating app tinder in auckland...