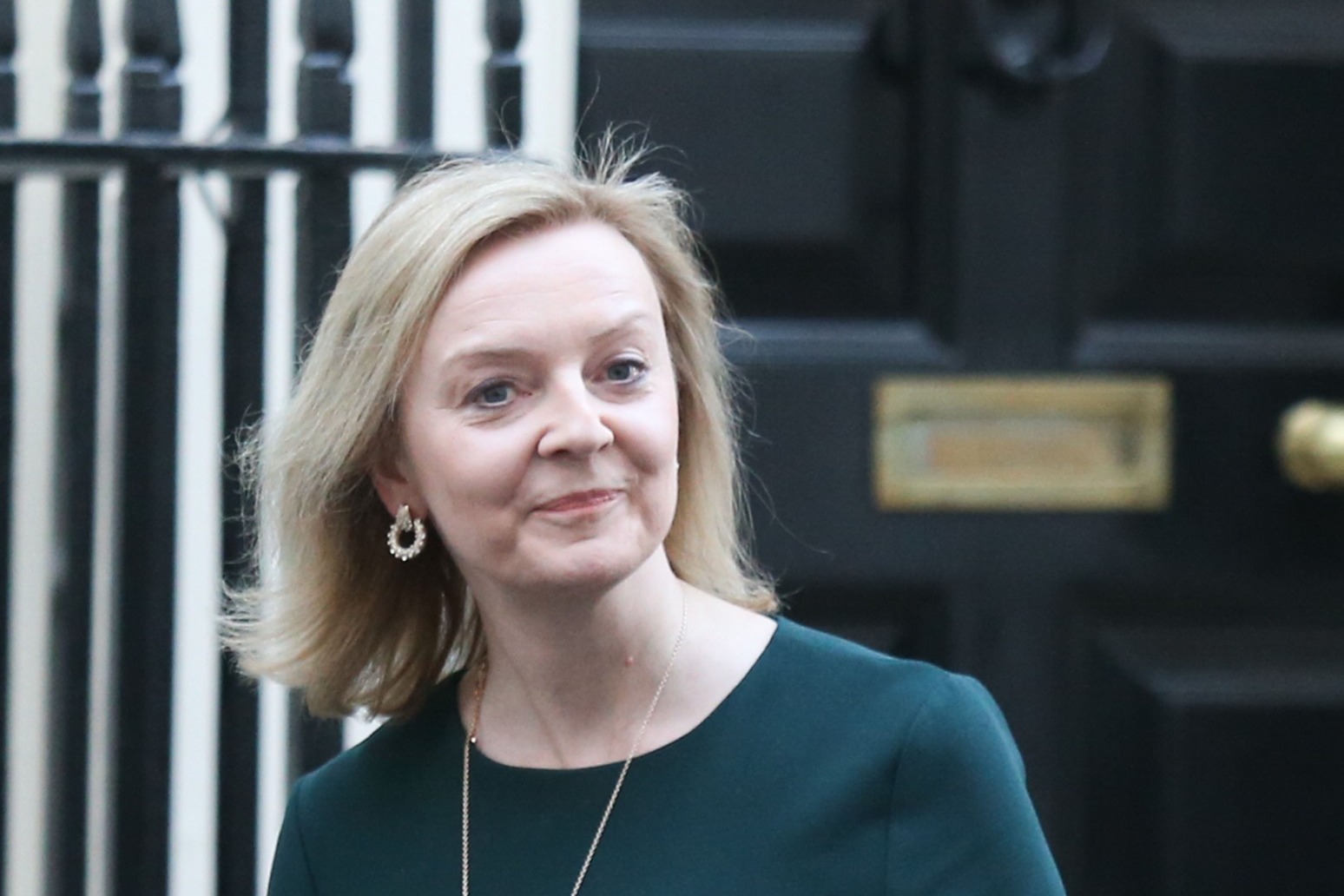 The Foreign Secretary has warned peace talks between Ukraine and Russia might be being used as a “smokescreen” for the Kremlin to regroup troops for a fresh offensive.

Liz Truss said it was up to president Volodymyr Zelensky how his country approached peace talks.

But in an interview with The Times she said she feared the negotiations – which have been said to have made some progress – were a “smokescreen”.

Prime Minister Boris Johnson told the Scottish Conservative conference in Aberdeen he had pledged to send more defensive weapons to Ukraine after speaking to Mr Zelensky on Friday.

He said he was “more convinced than ever” Russian president Vladimir Putin’s military venture would fail.

Mr Johnson is due to address the Conservative Spring Forum in Blackpool on Saturday, where he will likely again address the conflict in Ukraine.

Britain’s chief of defence intelligence said Mr Putin was now fighting a “war of attrition”, after initial expectations of a quick conflict were dashed.

Lieutenant General Sir Jim Hockenhull said the Kremlin has been forced to switch tactics, turning to the “reckless and indiscriminate” use of firepower which will inevitably lead to more civilian casualties.

Ms Truss said that if Moscow was serious about peace talks being held with Ukraine, they would not be using such methods.

She told The Times: “If a country is serious about negotiations, it doesn’t indiscriminately bomb civilians that day.”

Ms Truss said she was “very sceptical” about the talks the two countries were holding, and added: “What we’ve seen is an attempt to create space for the Russians to regroup.”

She said: “We don’t see any serious withdrawal of Russian troops or any serious proposals on the table.”

The minister told newspaper “the Russians have lied and lied and lied. I fear the negotiation is yet another attempt to create a diversion and create a smokescreen”.

But she said: ”Of course, Ukraine as a sovereign nation is fully entitled to undertake any negotiation process it sees fit.”

Western officials warned that the Russians have “enormous” stocks of artillery ammunition meaning they could maintain their bombardment for weeks.

However, Gen Hockenhull said that, more than three weeks into the campaign, it is clear the Kremlin has still not achieved any of its initial objectives.

“It has been surprised by the scale and ferocity of Ukrainian resistance and has been bedevilled by problems of its own making,” he told journalists.

“Russian operations have changed. Russia is now pursuing a strategy of attrition. This will involve the reckless and indiscriminate use of firepower.

“This will result in increased civilian casualties, disruption of Ukrainian infrastructure and intensify the humanitarian crisis.”

Ms Truss told The Times: “What we’ve seen is an attempt to create space for the Russians to regroup. Their invasion isn’t going to plan.”

Mr Johnson said now was the time to “tighten the vice” on Moscow.

“I am more than ever convinced that Putin will fail,” he said.

“He will fail, because in his catastrophic venture in Ukraine he fatally underestimated the heroism and the resolve of the Ukrainians to fight.

“And among other things, by the way, he underestimated the passionate commitment of the people in this country to help.”

Earlier, Health Secretary Sajid Javid said the PM was being hailed a hero in Ukraine.

Speaking at the Conservative Spring Forum in Blackpool, Mr Javid said the support offered by the UK had “prompted a British Ukrainian man, who stopped me in my constituency almost exactly this time last week, and he said to me ‘the next time you see Boris you tell him, in Ukraine he’s a hero’.”

Elsewhere at the conference, Education Secretary Nadhim Zahawi said 100,000 places had been created in schools for children fleeing Ukraine and virtual lessons created during the coronavirus pandemic had been translated into Ukrainian.

Levelling Up Secretary Michael Gove confirmed more than 150,000 households had now offered to house Ukrainian refugees, the majority of whom have made their way to Poland.

Former prime minister David Cameron announced on Friday he was driving a “small lorry” to the Polish border with Ukraine with supplies.

It comes as Mr Putin, Russia’s President, made a rare public appearance to address a mass flag-waving rally at Moscow’s Luzhniki Stadium to mark the eighth anniversary of his country’s annexation of Crimea.

He praised the efforts of Russia’s forces, declaring: “Shoulder to shoulder, they help and support each other.”

As many as 7,000 Russian troops have died so far in the fighting, including four major generals and a number of other senior officers, American sources estimate.

In its latest intelligence update, the Ministry of Defence said Russia had been forced to shift to a “strategy of attrition”. 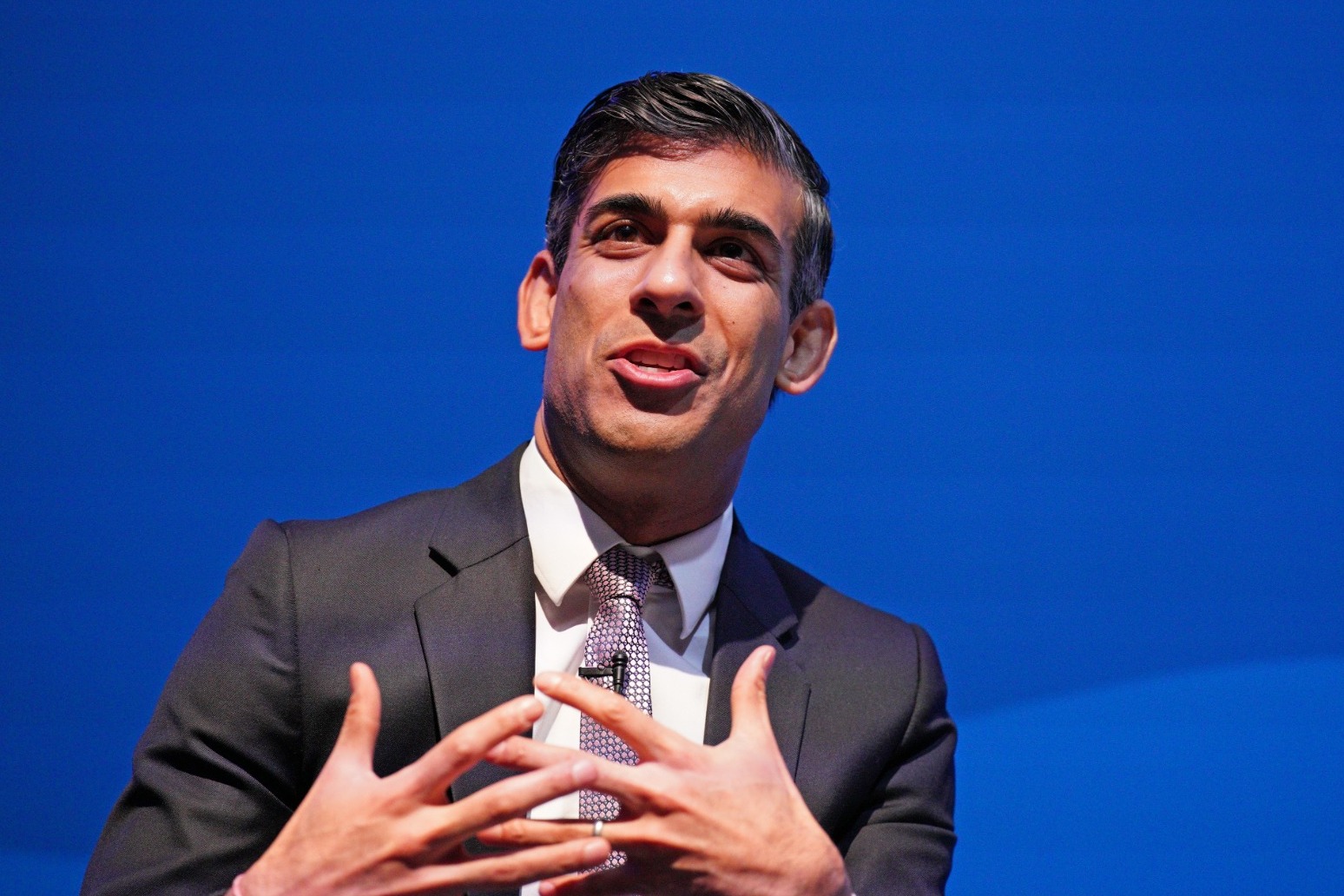 “my priority over the rest of this parliament is to cut people’s taxes. that is my mission,” mr sunak ...

foreign secretary liz truss is to take over responsibility for the uk’s future relationship with the eu, downing s...