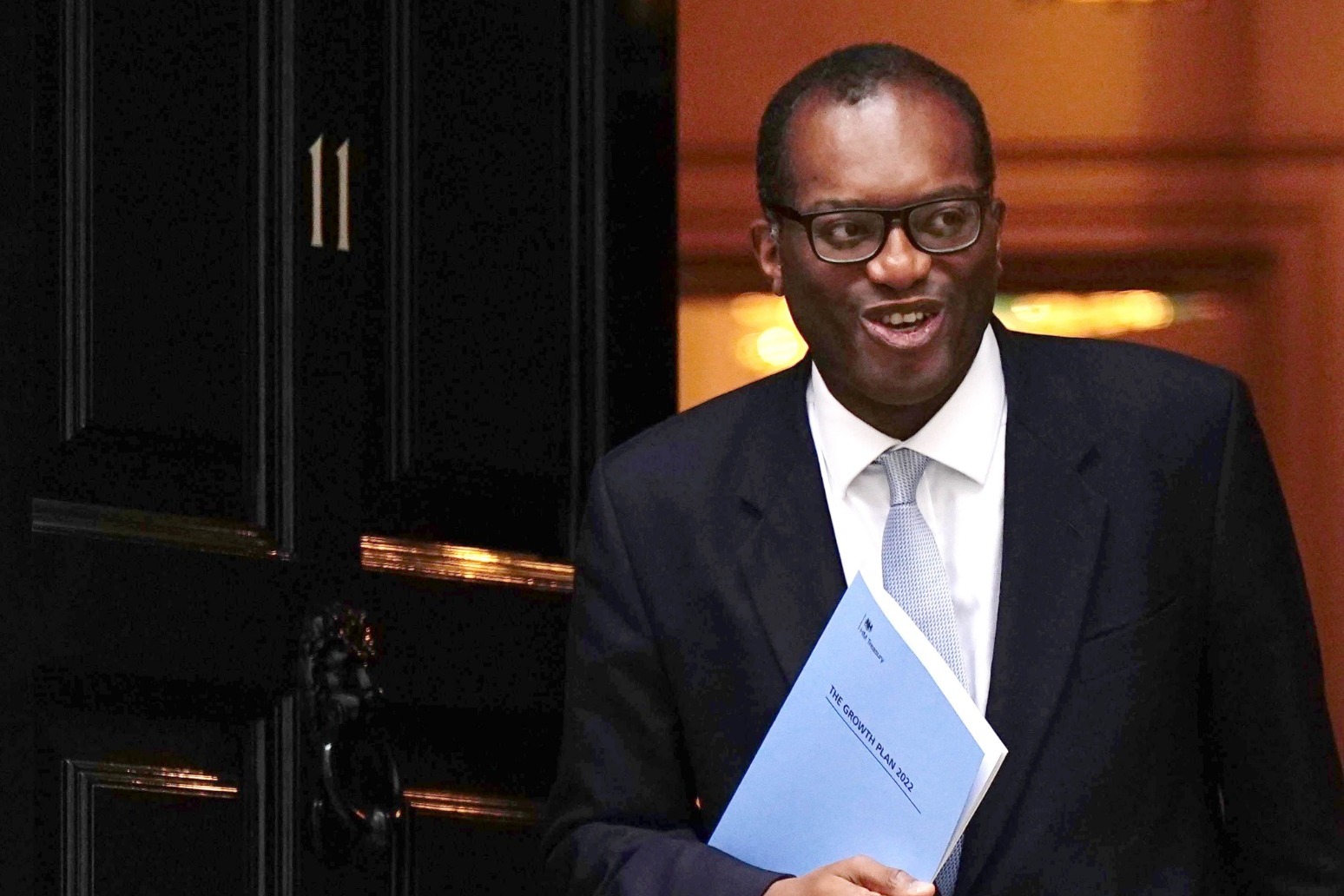 Kwasi Kwarteng is contending with massive market turmoil sparked by his tax-cutting mini-budget as a disastrous day for the pound saw Labour take its biggest poll lead over Tories for more than 20 years.

The pound steadied in early trading in Asian markets on Tuesday as it recovered ground slightly from the record low of 1.0327 against the US dollar it struck early on Monday morning after traders were spooked by the Government’s economic plans.

Sterling sat around around 1.08 dollars by 7am on Tuesday, but economists have warned it could still fall to parity with the dollar this year for the first time.

The Treasury moved to settle the markets with the promise of a Budget next spring as sterling tumbled to its lowest level against the dollar for at least half a century on Monday.

Senior Tory MP Huw Merriman – who backed former chancellor Rishi Sunak for Conservative leader – warned Liz Truss may be losing voters “with policies we warned against”, as a new YouGov survey put Labour 17 points ahead, the party’s greatest lead since the firm started polling in 2001.

Lenders were withdrawing some of their mortgages on Monday as uncertainty reigned in the wake of Mr Kwarteng’s £45 billion package of tax cuts set out on Friday.

Meanwhile, the Bank of England said it “will not hesitate” to raise interest rates to prop up the value of sterling.

The pound fell by more than 4% to just 1.0327 dollars in early Asia trade, before regaining some ground to about 1.07 dollars on Monday evening.

The Chancellor also said he would bring forward an announcement of a “medium-term fiscal plan” to start bringing down debt levels.

The Treasury said it would now be published on November 23, having previously been slated for the new year, and would include further details on the Government’s fiscal rules, including ensuring that debt falls as a share of GDP in the medium term.

At the same time, the Office for Budget Responsibility will publish its updated forecasts for the current calendar amid widespread criticism that there was no update when Mr Kwarteng set out his “plan for growth” last week.

At one point, it was thought that the Bank would be forced to step in with an emergency interest rate hike amid fears the pound could drop to parity with the dollar.

However, governor Andrew Bailey said the monetary policy committee, which sets interest rates, would make a full assessment of the impact on inflation and the fall in sterling at its next scheduled meeting in November and then “act accordingly”.

Mr Bailey welcomed the Chancellor’s commitment to “sustainable economic growth” as well as the promise to involve the OBR.

“The MPC will not hesitate to change interest rates by as much as needed to return inflation to the 2% target sustainably in the medium term, in line with its remit,” he said in a statement.

The move will be seen as an attempt to reassure the markets which were spooked by Mr Kwarteng’s unexpectedly large plans for tax cuts funded by a massive expansion in Government borrowing.

Those concerns were only heightened by comments at the weekend by Mr Kwarteng suggesting that there were further tax cuts on the way.

Some analysts warned that the statements from the Bank and the Treasury were “too little, too late”.

Alastair George, chief investment strategist at Edison Group, said: “There is no rate increase today and speculators will enjoy the prospect of two months of Bank of England inactivity if the statement is taken at face value.

For Labour, shadow chancellor Rachel Reeves warned the Government could not afford to wait to November to set out its plans, and that the public needed reassurance now.

“It is unprecedented and a damming indictment that the Bank of England has had to step in to reassure markets because of the irresponsible actions of the Government,” she said.

Speaking at a fringe meeting at Labour’s conference, she hit out at the chancellor over any delay: “Is he looking at what is happening on the financial markets? Has he noticed the reaction to his fiscal statement on Friday?

“It is grossly irresponsible.”

Earlier, Downing Street made clear that the Government would not be deflected from its tax-cutting agenda by the reaction of the markets.

The Prime Minister’s official spokesman said the UK had the second lowest debt-to-GDP ratio in the G7 group of leading industrialised nations and that the Government’s plans were “fiscally responsible”.

“The growth plan, as you know, includes fundamental supply side reforms to deliver higher and sustainable growth for the long term, and that is our focus,” the spokesman said. 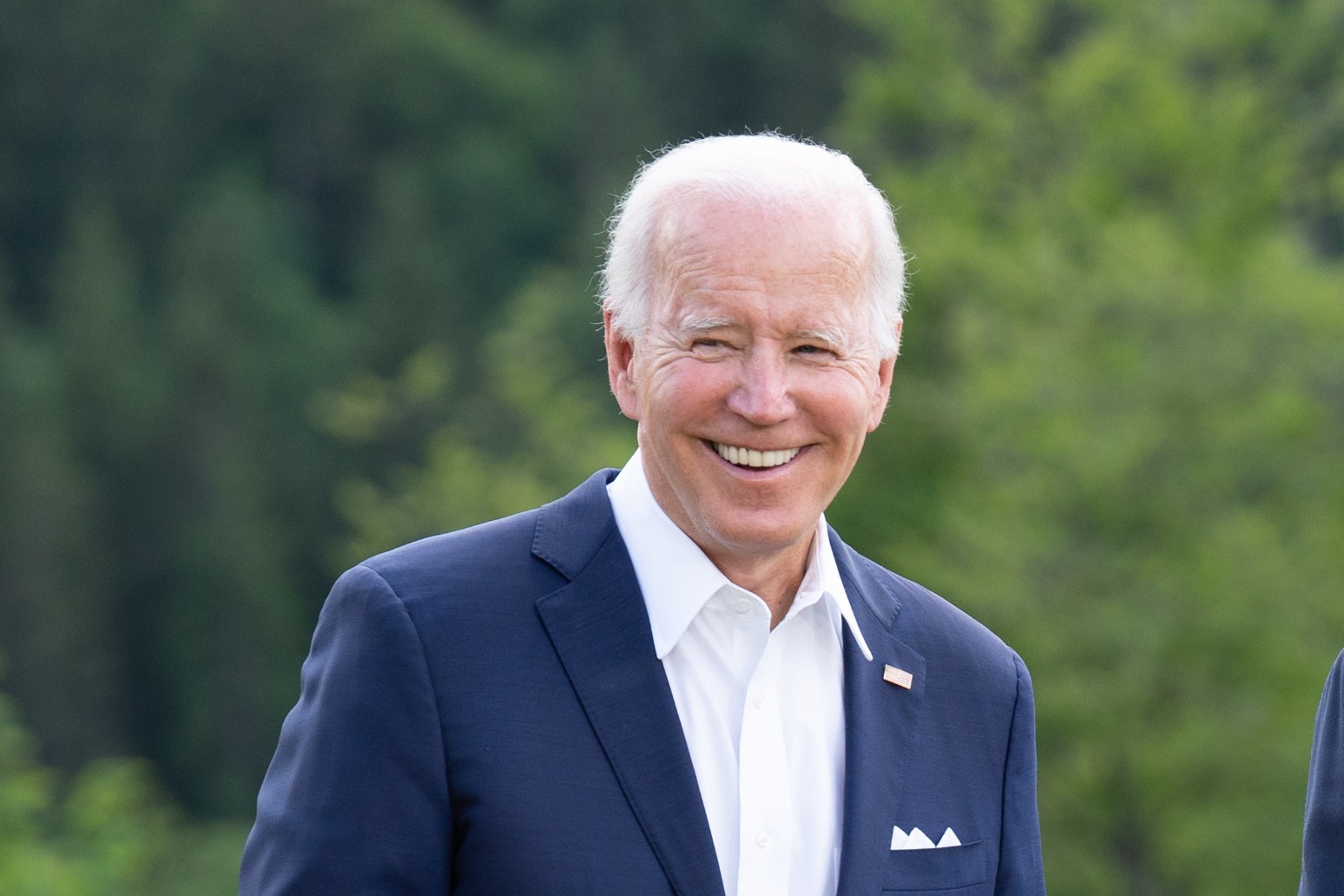 joe biden has said the us “will not walk away” from the middle east as he tries to ensure stability in...

the national cyber security centre (ncsc), which is part of gchq, will today (april 10) welcome specialists from across ...