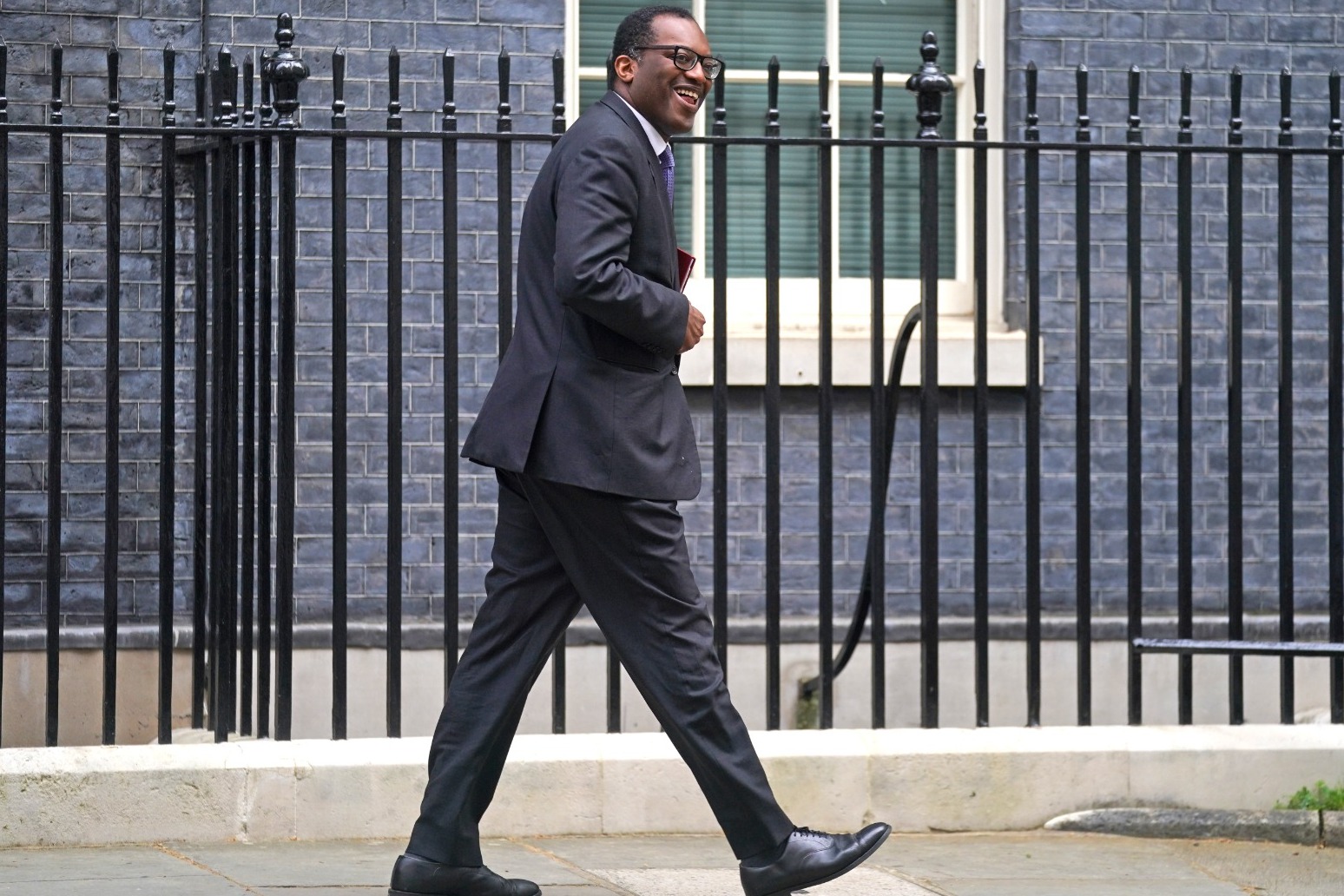 Kwarteng: People must wait until new PM in place for more cost-of-living help

Britons will have to wait several weeks before the Government reveals further support to combat soaring inflation, amid fresh questions over the whereabouts of Boris Johnson.

Business Secretary Kwasi Kwarteng said he expects an emergency budget from the next prime minister to contain measures to help people, although this is not expected for at least another month.

He also said “I don’t know where Boris is”, but claimed people would not begrudge the outgoing Prime Minister having a honeymoon, adding that he is in “regular contact” with Mr Johnson.

Both Mr Johnson and Chancellor Nadhim Zahawi were on holiday and away from Westminster when the Bank of England warned the economy will enter the longest recession since the 2008 financial crisis.

Interest rates were increased from 1.25% to 1.75%, the biggest increase for 27 years, while the Bank also forecast that inflation could peak at 13.3%.

Either Foreign Secretary Liz Truss or former chancellor Rishi Sunak will be announced as the winner of the Conservative Party leadership contest on September 5 and they will then take over as prime minister from Mr Johnson.

The House of Commons will sit from September 5 until September 22 before stopping for a month, meaning the new administration will have to work quickly to pull together an emergency budget before the party conference recess.

Mr Kwarteng said Mr Zahawi is “always available”, before telling Sky News: “I’m the Business Secretary, I’m here, I’m in your studio, I’m in a suit, I’m not on holiday. And we’re absolutely focused on trying to deal with this problem.”

Pressed on what action he is taking now, Mr Kwarteng told Times Radio that he is looking at improving gas storage capacity and energy security, although he acknowledged these are “medium-term” issues.

He added: “But an immediate attempt to address the problem has to be done through the Treasury, it has to be done by whoever the next chancellor is.”

Mr Kwarteng said the Government is “focused on the cost of living”, adding: “That means we’re looking at measures to be introduced in a potential emergency budget, but of course we’ve got the leadership contest, so the party has to decide who the leader is, and then the next prime minister will take this at the top of their agenda item.”

Mr Kwarteng went on: “The only way that we can deal with the immediate issue is through an emergency budget, through interventions, and that’s what’s going to happen.

“But of course, until we have a new prime minister, which is only in four weeks’ time now, we have to wait for the new prime minister and new chancellor as they’re going to have to work together on this, to get a support package across.”

The Cabinet minister said it is “completely false” to say the Government is doing nothing over the summer, adding on Mr Johnson: “I don’t know where Boris is, but I’m in constant contact with him. He’s just had a wedding, I think he’s on a honeymoon and I don’t think many people will begrudge him that.”

Asked why he does not know the Prime Minister’s whereabouts, Mr Kwarteng replied: “Because I’m here in London, focusing on my job. I’m in regular contact with him, as I am with the Chancellor of the Exchequer.”

He said he exchanges WhatsApp messages with the pair “all the time”, adding about Mr Johnson’s honeymoon activities: “He’s been very focused on energy efficiency measures; he’s also very focused on renewables and I think the renewables story has been a really, really good one in the UK.”

“As the Bank of England forecasts the joint longest recession in three decades, the disgraced Prime Minister lingers on, asleep at the wheel, propped up by Tory MPs when he should be long gone.

“As people up and down the country are sick with worry about how they’ll pay the bills, ministers have gone missing in action.

“The Tories have no plan, no leadership and no answers just more of the same from these two continuity candidates.

“Only Labour can provide the fresh start the country needs.”

CBI director-general Tony Danker, asked on BBC Radio 4’s World at One about the Prime Minister and Chancellor being away on holiday, said: “I have no problem with people having short holidays. My fear is much more profound, which is that there will be a vacuum from now until September 5. 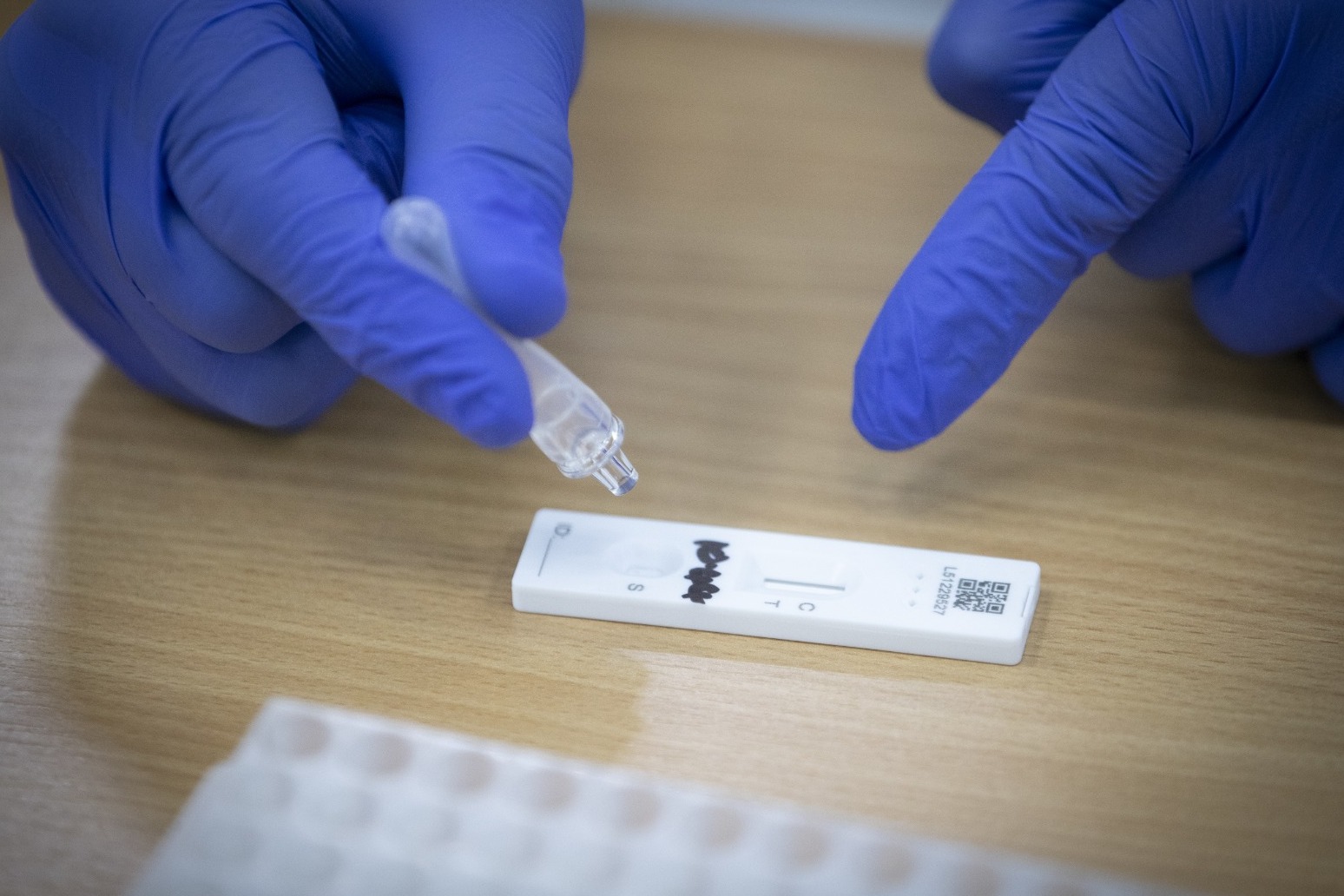 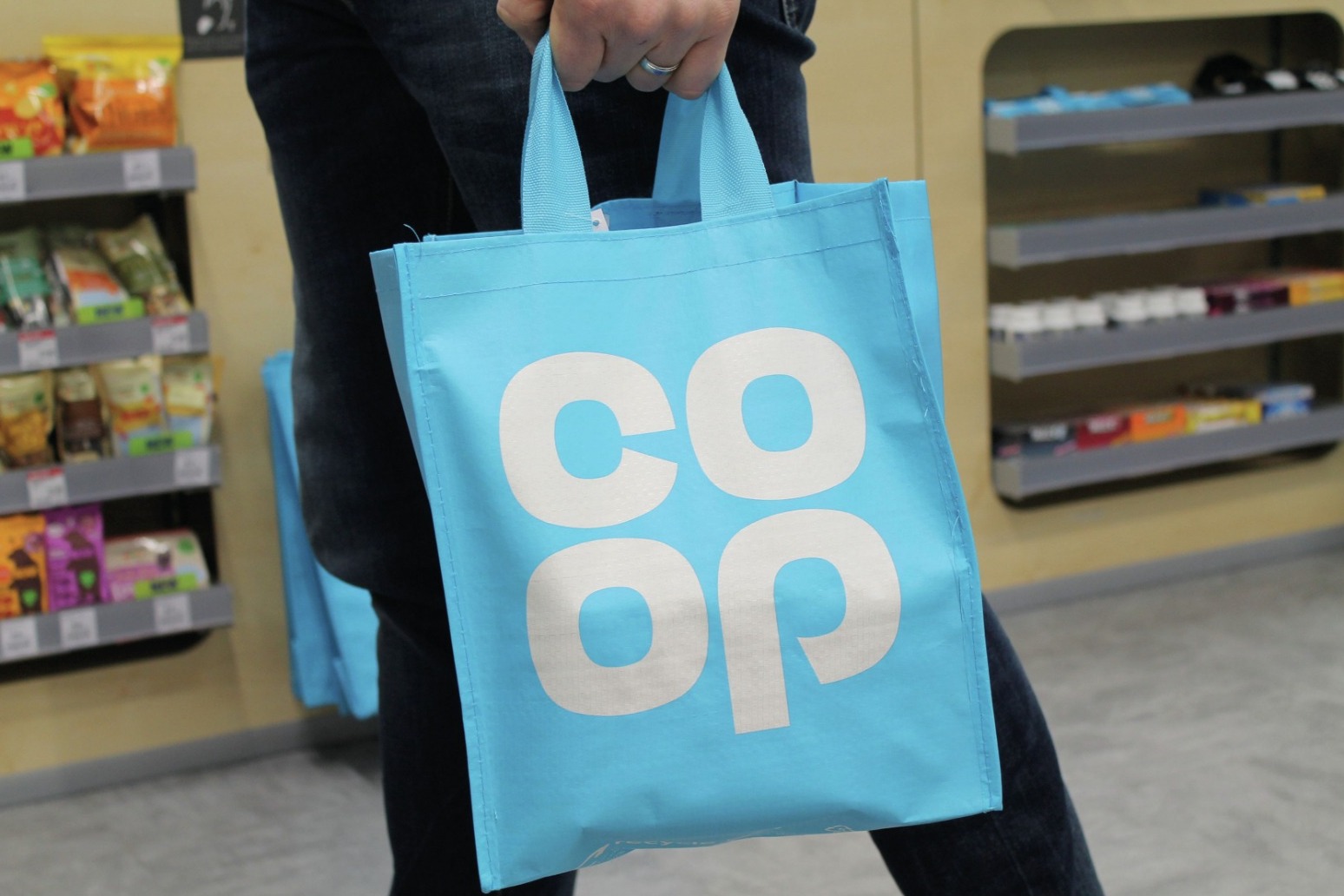 the co-op is to price match its own-brand plant-based food range against equivalent meat products to help shoppers adopt...