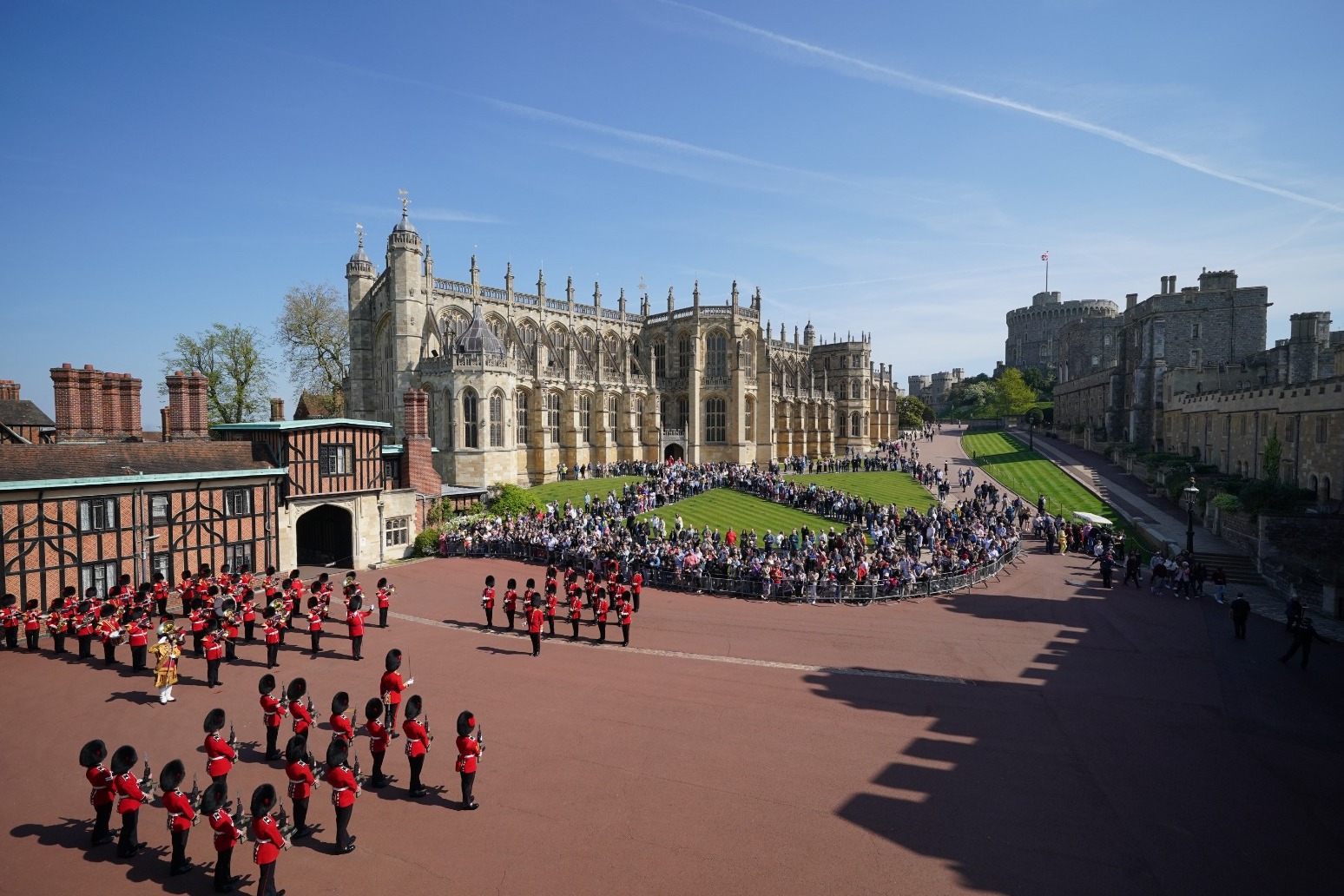 Investigation after intruder reportedly spends night at barracks near Windsor

He apparently pretended to be a priest last Tuesday night

An investigation is under way after an intruder reportedly spent the night at barracks with Royal Guardsman close to Windsor Castle.

Police were alerted to reports of an intruder at Victoria Barracks in Sheet Street, Windsor, at 9.20am on Wednesday while the Queen was at Sandringham for Easter.

The barracks are home to The Coldstream Guards, recognised by their red jackets and black bearskin hats and have a ceremonial role as protectors of Windsor Castle and Buckingham Palace.

Soldiers were approached at the gate by the man who was pretending to be a priest, TalkTV reported.

He allegedly spent the night eating and drinking with senior officers before being offered a bed for the night, despite showing no identification or credentials.

A source told Talk TV’s The News Desk: “This is just an extraordinary breach of security.

“The guy turned up at the gate in the evening and said his name was Father Cruise and claimed to be a friend of the battalion’s Padre Rev Matt Coles.

“He was invited in and offered something to eat in the Officer’s Mess.

“Within a couple of hours, he was drinking with the officers in the bar and telling them stories of how he had served in Iraq.

“He was telling lots of tall stories and the lads were enjoying his banter and having a few drinks.”

An Army spokesperson said: “The Army takes this breach of security extremely seriously and it will be thoroughly investigated as a matter of priority.

“This incident is now part of an ongoing investigation and it would therefore be inappropriate to comment further at this time.”

Thames Valley Police spokesman told the Sun: “We received a report of an intruder at Victoria Barracks in Sheet Street, Windsor, at 9.20am on Wednesday.

“Officers attended and removed the intruder from the barracks. No further action was required.”

the moment marked a political high point for mr biden, who had sought the presidency twice before and is now cemented as...

ms patel sat down with harry's father tim dunn on sunday just days after the crown prosecution service (cps) said it had...