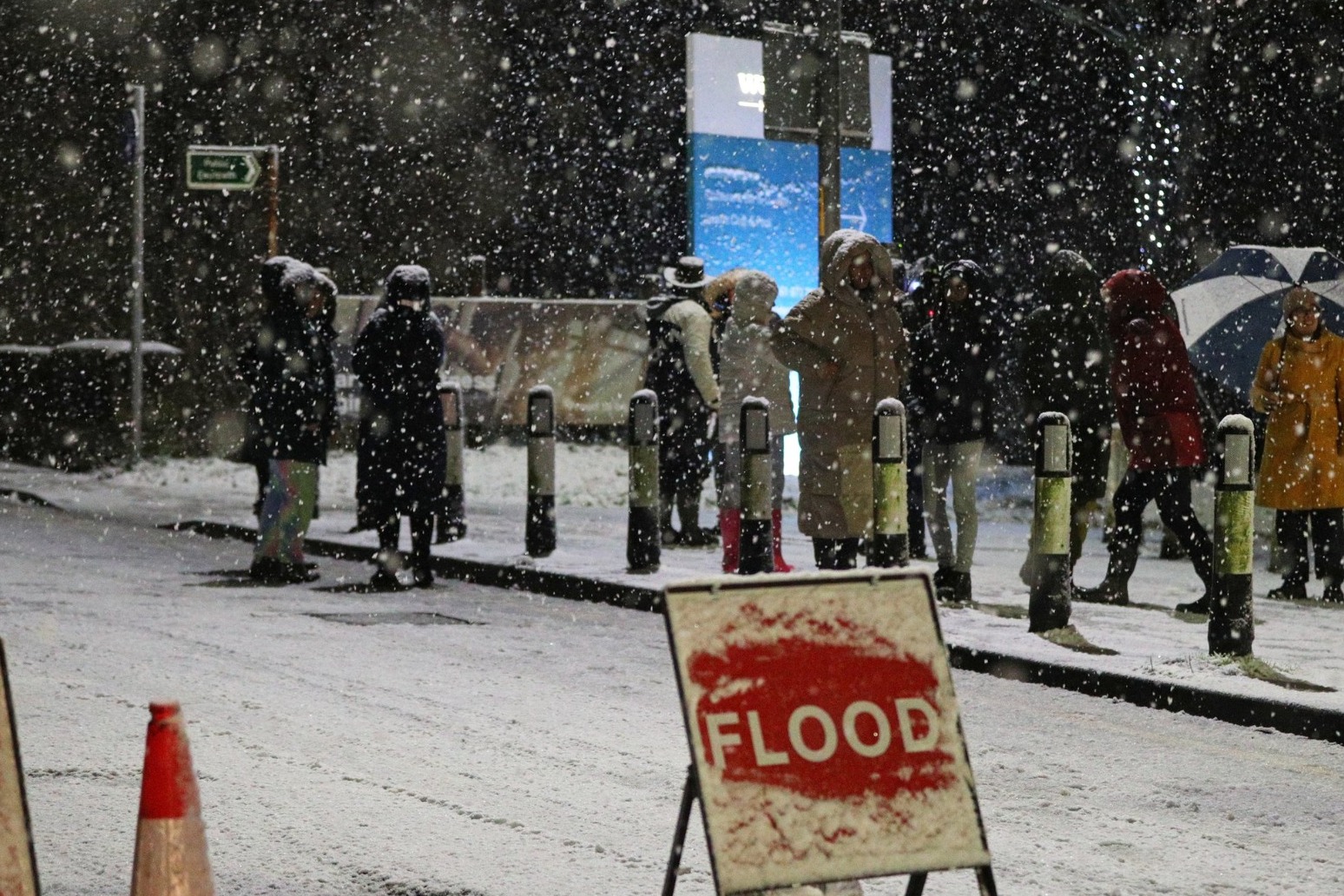 Hundreds of people were told to leave their homes overnight as Storm Christoph caused widespread flooding across the UK.

Some 2,000 properties in the East Didsbury, West Didsbury and Northenden areas of Greater Manchester were due to be evacuated on Wednesday night because of rising water levels, the city council said.

People were also asked to leave their homes in parts of Ruthin and Bangor on Dee in North Wales, and Maghull in Merseyside.

It comes as heavy rain and snow continued to fall across England and Wales, with many rivers at “dangerously high levels”, the Environment Agency said.

Four “severe” flood warnings, meaning there is a danger to life, were issued by the agency for the River Mersey at Didsbury and Northenden, and in Maghull.

A fifth was issued by Natural Resources Wales for Bangor on Dee.

Prime Minister Boris Johnson earlier urged people to heed the flood warnings and evacuate their properties when told to do so.

Lib Dem councillor Richard Kilpatrick said he was among those who had to evacuate overnight after police came knocking on doors in The Beeches in Didsbury, with the local mosque opening its doors.

He told Manchester Evening News: “The atmosphere has been a mixture of anxiety and disbelief I think. I helped door knocking to inform residents.

“We are fine and spirits are high. We just don’t expect it to happen here, the defences have always been enough.”

North Wales Police said its officers were helping the fire service to evacuate homes in Ruthin, Denbighshire, and urged people to avoid the area.

The force tweeted: “Officers have been called to assist @DenbighshireCC and @NWFRS in #Ruthin, where some homes are being evacuated.

“Regrettably, people who do not live locally are driving to the area to ‘see the floods’. Please do not stretch our resources by adding to the problem.”

The force also urged residents of Bangor on Dee to head to Ysgol Sant Dunawd for shelter after the severe flood warning was issued for the area.

Wrexham Council said it was “working with partners to address any need for temporary rest centres for residents likely to be affected”.

Meanwhile, residents in Maghull were advised to leave their properties as soon as possible after a severe flood warning was issued, Sefton Council said.

A council spokesman said heavy rain had led to raised water levels and flooding from the River Alt which was set to increase.

“Water levels at Dover Brook, near the River Alt, reached 2.5m today, which is unprecedented for that area, modelling from the Environment Agency, including anticipated overnight rainfall, will take that level to 3.5m,” the spokesman said.

Downing Street said Covid-secure facilities would be available for any people forced to evacuate as a result of the weather.

Mr Johnson said steps were being taken to ensure the transport and energy networks were prepared so that electricity outages would not be “severe” and that there were sufficient supplies of sandbags.

He told reporters: “There are some times where I have been to scenes where, alas, people have decided not to obey the advice and not evacuated.

“It is their right not to do so if they choose – it’s always people’s right to stay wherever they are.

“But it really is advisable – follow the advice. If you are told to leave your home then you should do so.”

The Environment Agency has issued a further 191 flood warnings across England, with 228 less severe flood alerts, mainly across the Midlands and north of the country.

Almost the whole of England, Wales and Northern Ireland are subject to yellow weather warnings for rain until Thursday morning, with a more serious amber warning stretching from the East Midlands to the Lake District.

The amber alert warns of the risk of flooding and deep floodwaters which could pose a risk to life, and there are further warnings for snow and ice in Scotland.

An amber warning for snow in parts of southern Scotland warned around 30cm could fall in areas above 400m, with up to 10cm likely to accumulate in lower regions until 8am on Thursday.

Met forecaster John Griffiths said Aberllefenni in Wales had seen the UK’s highest amount of rainfall from Storm Christoph, with 187.8mm dumped over the last 56 hours.

He added Bolton in Greater Manchester recorded the highest rainfall in England at 150.4mm over the same amount of time – more than the region’s average for the entire month of January.

Mr Griffiths said although flooding was going to be an “ongoing issue” for the UK over the next few days, it was “generally an improving picture”. 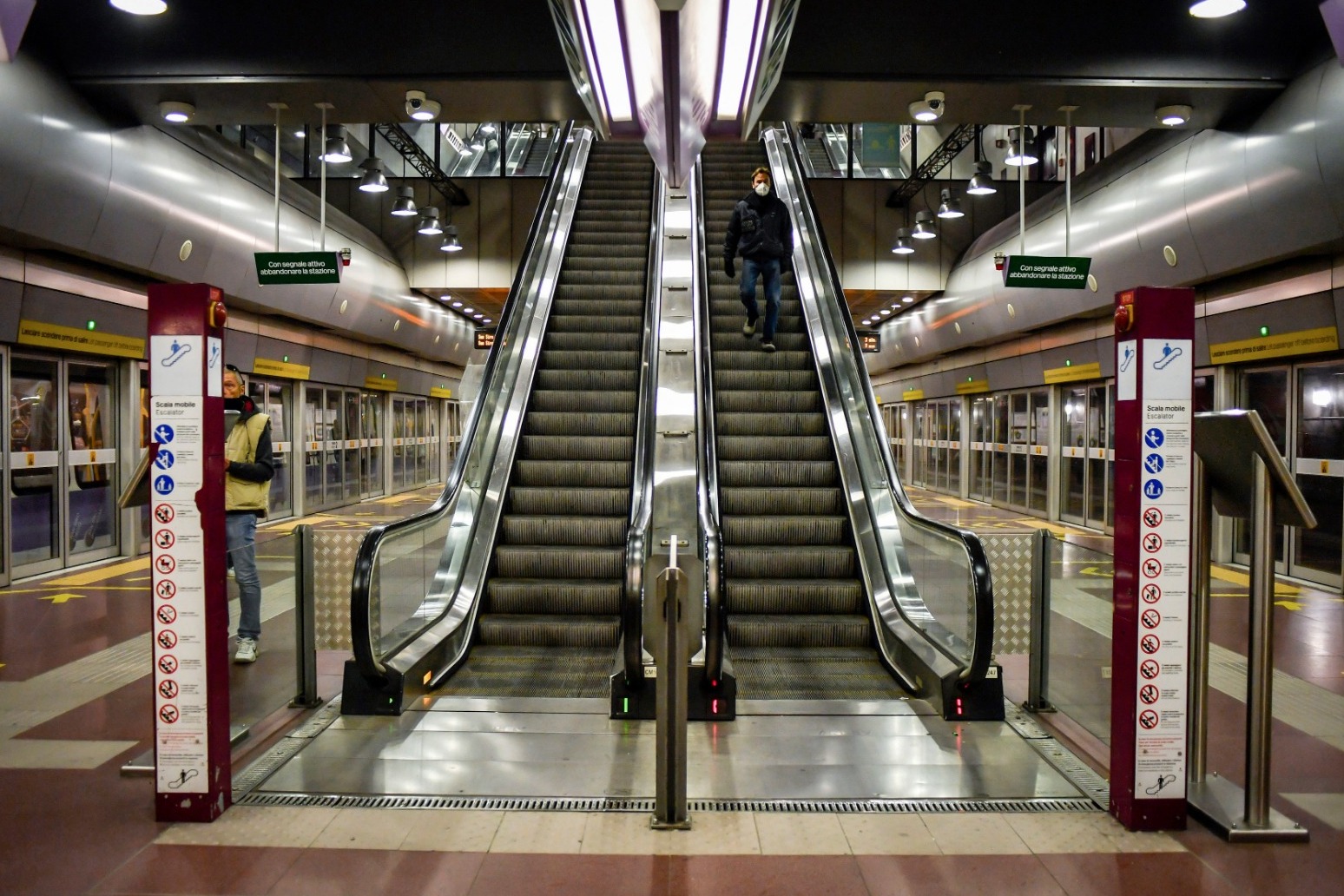 capital city rome has been transformed into a ghost town after italy's 62 million population was told to mostly stay at ...