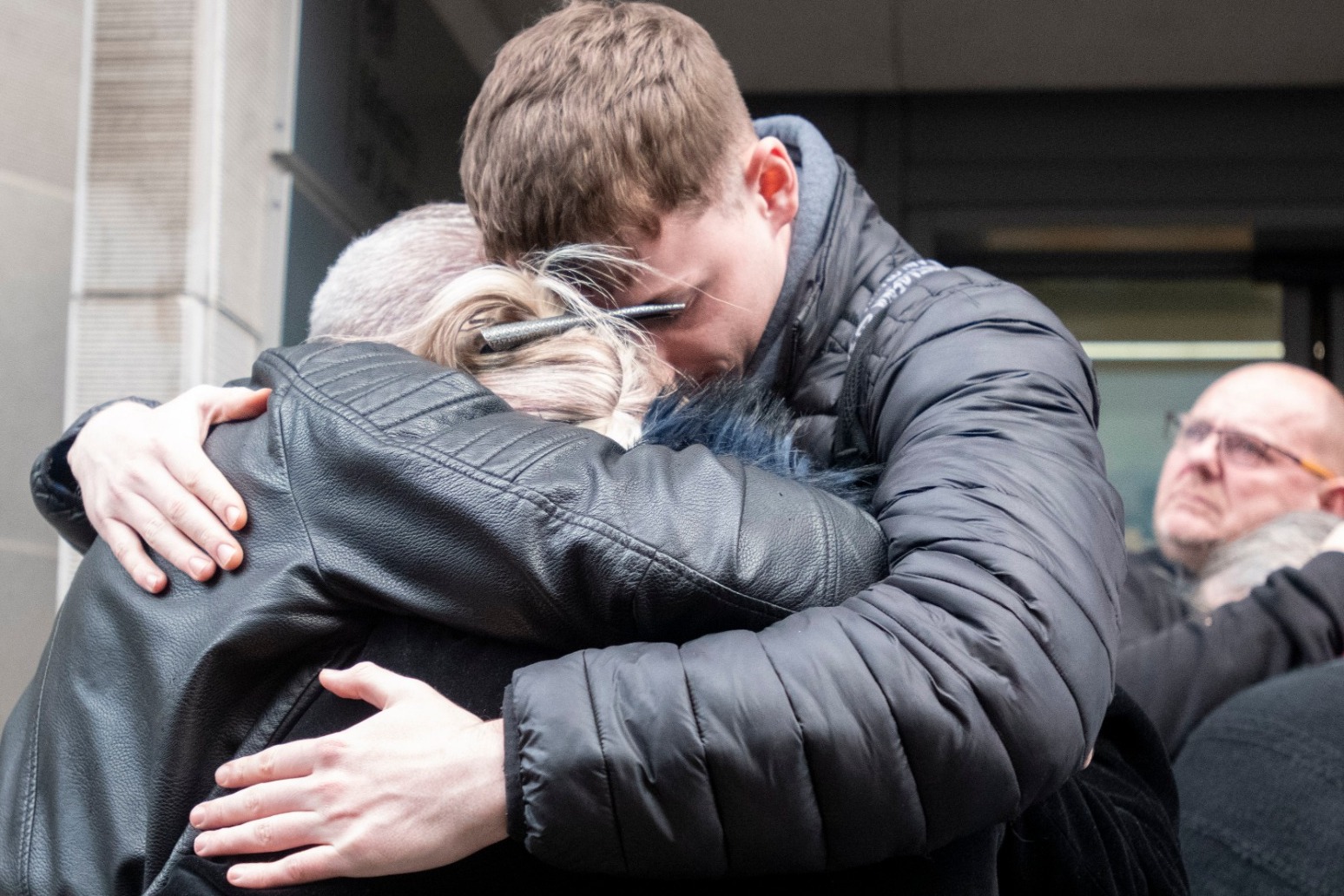 'HUGE STEP' AS US SUSPECT CHARGED OVER HARRY DUNN DEATH

The mother of Harry Dunn has said she feels "a huge step" has been made, after the US suspect in the case was charged with causing death by dangerous driving.

Charlotte Charles was visibly emotional after the Crown Prosecution Service (CPS) said they had authorised Northamptonshire Police to charge US citizen Anne Sacoolas.

She said that the family's efforts to "seek justice" since her son's death in August had been harder than she had imagined, as prosecutors begin the extradition process.

But a spokesman for the US State Department said it was "disappointed" that the charge had been brought, and feared it would "not bring a resolution closer".

In a statement, they maintained that Sacoolas had diplomatic immunity at the time of the incident, adding: "It is the position of the United States government that a request to extradite an individual under these circumstances would be an egregious abuse."

The wife of a US intelligence officer, Sacoolas returned to her home country after the car she was driving allegedly collided with the 19-year-old's motorbike outside RAF Croughton in Northamptonshire on August 27.

The 42-year-old suspect sparked an international controversy after claiming diplomatic immunity. The Foreign Office later wrote to the family to say that immunity in her case was not pertinent after she had arrived back in the US.

Following a meeting with the CPS at their London headquarters on Friday, Ms Charles told reporters: "We feel that we have made a huge step in the start of achieving the promise to Harry that we made.

"We made that promise to him the night we lost him, to seek justice, thinking it was going to be really easy.

"We had no idea it was going to be so hard and it would take so long, but we feel it is a huge step towards that promise we made Harry."

She called the charge "one hell of an achievement as a family", adding: "I'm going to go and buy a Christmas tree and go decorate it in green lights, like so many of our supporters have done.

"I never thought I'd buy a Christmas tree this year, so thank you."

Accompanied by Harry's father, Tim Dunn, and family spokesman Radd Seiger, the family hugged as Ms Charles said it "was immense" that an extradition request would be sent to the US State Department.

It is understood that the extradition request will now be prepared by the CPS, before it goes to court.

Following the charging decision, Foreign Secretary Dominic Raab said in a statement: "I welcome the taking of a charging decision, which is an important step towards justice for Harry and towards solace for his family, but it is not the end.

"I hope that Anne Sacoolas will now realise the right thing to do is to come back to the UK and co-operate with the criminal justice process."

A statement from Amy Jeffress, Sacoolas's lawyer, said she had "co-operated fully with the investigation", adding: "But Anne will not return voluntarily to the United Kingdom to face a potential jail sentence for what was a terrible but unintentional accident."

Mr Dunn said he was "overwhelmed" by the decision, as he wiped away tears outside the CPS, calling it a "great day", while Ms Charles declined to answer a question about the potential sentence Sacoolas would receive if convicted.

Chief crown prosecutor Janine Smith said: "The director of public prosecutions has met with Harry Dunn's family to explain the basis of the decision we have made, following a thorough review of the evidence available.

"May I remind all concerned that criminal proceedings against Anne Sacoolas are now active and that she has a right to a fair trial.

"It is extremely important that there should be no reporting, commentary or sharing of information online which could in any way prejudice these proceedings."

Sacoolas was twice interviewed by Northamptonshire Police, once on the day after the crash and on another occasion by officers who travelled to the United States.

Since the investigation into the teenager's death was launched, the family have taken their fight to the US and even met President Donald Trump at the White House.

The meeting with Mr Trump also sparked controversy after it later emerged that Sacoolas was in the room next door, ready to meet Harry's parents - an offer the teenager's family refused.

How To Keep Your Business Brain Sharp

speaking after he met british prime minister theresa may, in brussels to demand that the backstop is removed from the br...