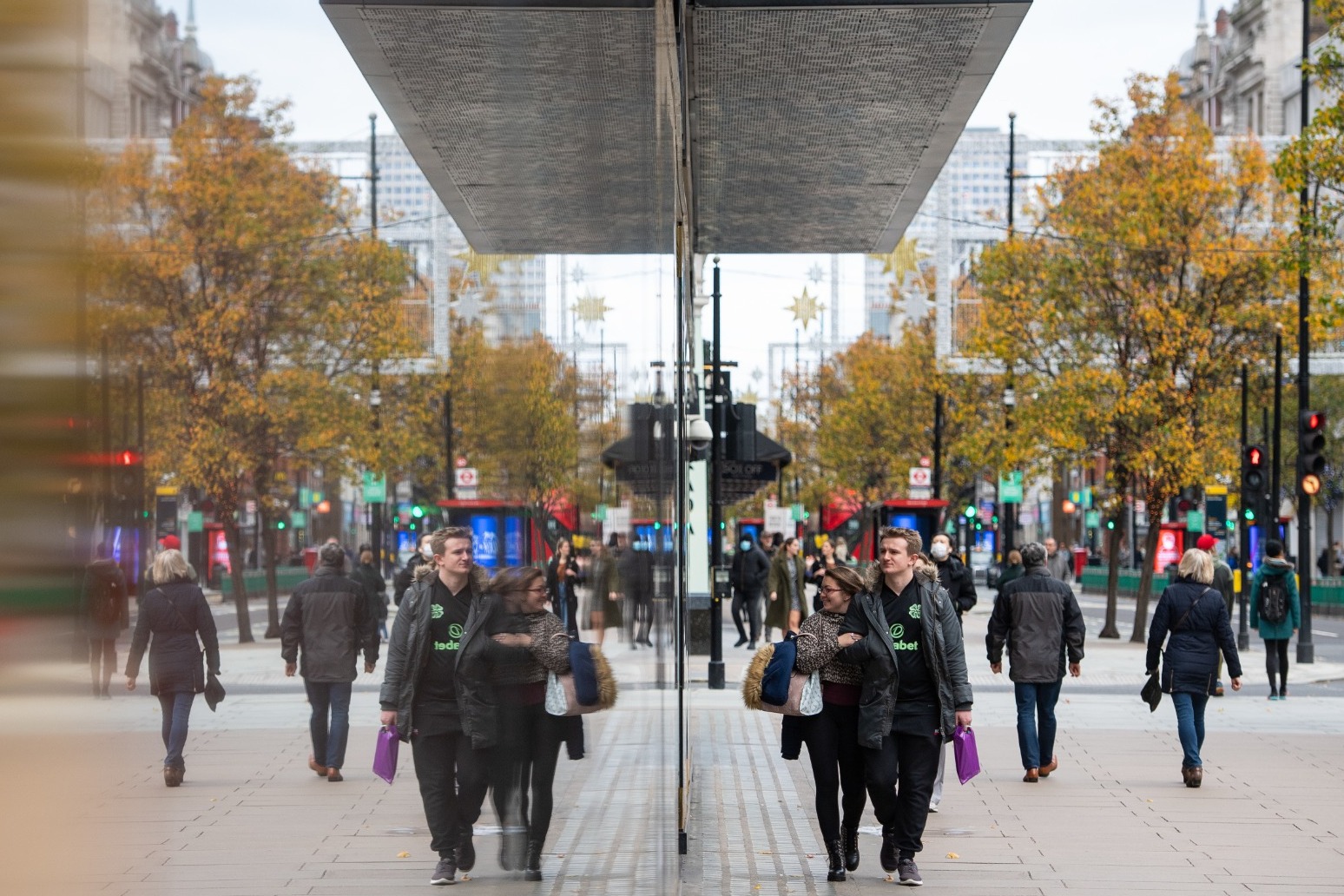 Government urged not to let ‘everything loose’ over Christmas

The Government has been urged not to let “everything loose” in the lead-up to Christmas after it emerged that families could be allowed to meet for up to a week as part of a UK-wide relaxation of coronavirus rules.

Several families could be allowed to join a bubble and to mix between December 22 and 28, The Daily Telegraph reported.

Downing Street insiders have suggested that discussions on what Christmas will look like are still ongoing.

He told BBC Breakfast: “I would also say to the Government, don’t just go towards Christmas and let everything loose.

“What you need to do is keep a steady approach that will keep the numbers going in the way they are currently going in the North West and in Greater Manchester, and that will relieve the pressures on the NHS come January.”

On Friday, the Office for National Statistics (ONS) said there were “substantial differences” in Covid-19 infection rates across England, with rates having continued to increase in London, the east of England and the South East, but decreasing in the North West and the East Midlands.

Former chief government scientific adviser Sir Mark Walport told Times Radio there was “something iconic in people’s minds” about Christmas but that it “doesn’t make sense to have big parties” this year.

He added that UK lockdown measures appeared to be working but that people should continue to follow the rules.

“It’s absolutely clear that if you were to stop everything and take the brakes off completely, then infection would start growing again and so the question is what measures will come in after December 2?” he said.

“I’m sure there will need to be continuing measures of some sort.

“Surely now, when there is the prospect of a vaccine, is not the time to give up.”

Health Secretary Matt Hancock told a Downing Street briefing on Friday it was still too early to say what contact people will be able to have over the festive period.

Mr Hancock said it would be a “boost” for the UK if a “safe, careful and sensible” set of plans could be agreed between the devolved nations.

He said: “Over Christmas I know how important it is that we have a system in place, a set of rules that both keeps people safe but also allows people to see their loved ones.”

But Professor Calum Semple, from Liverpool University and a member of Sage, said if he had a crystal ball, he would say the North West was going to have a “cracking Christmas”.

He told BBC Breakfast: “What I have seen in Liverpool is that the Tier 3 system was like taking the power off the supertanker so instead it’s just gliding, but the lockdown is putting the brakes on – that’s the big difference.

Meanwhile, Boris Johnson acknowledged the frustration of people self-isolating due to coronavirus and thanked them for their “incredibly important” actions.

The Prime Minister posted a video update online from Downing Street, where he himself continues to isolate, and joked that he had finally been “put under house arrest”.

“Bear in mind what you are doing is incredibly important because that is how we are going to break the chain of transmission, stop the disease, get the R down as I believe we are doing at the moment and get it under control,” he said.

Mr Hancock said he is increasingly hopeful of some kind of normality by spring, as he confirmed the UK’s health regulator is assessing a coronavirus vaccine which could potentially be rolled out next month.

He described the consideration by the Medicines and Healthcare products Regulatory Agency (MHRA) of the Pfizer/BioNTech vaccine as “another important step forward in tackling this pandemic”.

Referring to the “ray of light” that a vaccine may bring, he confirmed he had formally asked the regulator to assess the vaccine and that, if approved, a jab could be rolled out from December.

He said: “If the regulator approves a vaccine, we will be ready to start the vaccination next month, with the bulk of roll-out in the new year.”

It comes as NHS documents seen by the Health Service Journal (HSJ) suggest all adults in England – of any age – could start to be vaccinated against Covid-19 before the end of January if supplies allow.

Under the plan, every adult who wants a jab could be vaccinated by early April.

But an NHS spokeswoman said: “These earlier draft slides are no longer up to date relative to the latest information from companies on likely supply schedules, and as there is of course as yet no authorised vaccine in the world the NHS is having to plan for many different scenarios.”

Meanwhile, the UK will be the first country to begin clinical trials of a new coronavirus antibody treatment developed by drugs giant AstraZeneca aimed at people with a weakened immune system who cannot be vaccinated.

A participant in Manchester will be the first in the world to receive the pharmaceutical company’s new “antibody cocktail” as part of the trial to test whether it will prevent Covid-19 for up to a year.

The clinical trial programme will recruit 5,000 participants, which includes 1,000 people from nine sites in the UK. 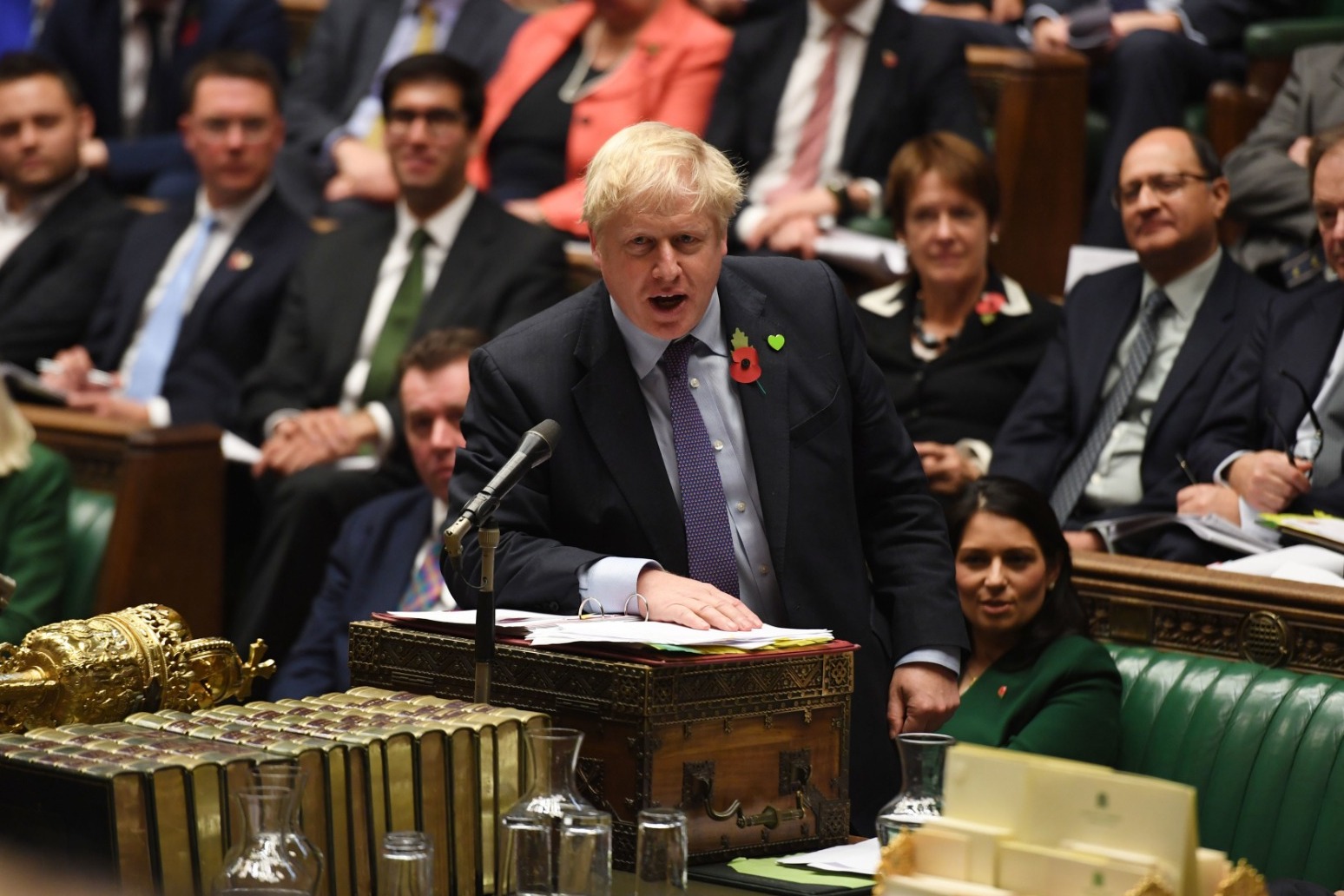 JOHNSON BLAMES CORBYN FOR 'DO OR DIE' BROKEN BREXIT PLEDGE

despite the pledge that he would rather be "dead in a ditch" than seek a brexit delay beyond halloween, the pm t...

a new heathrow runway could be approved today after almost a decade of debate. the third runway faces strong opposition...