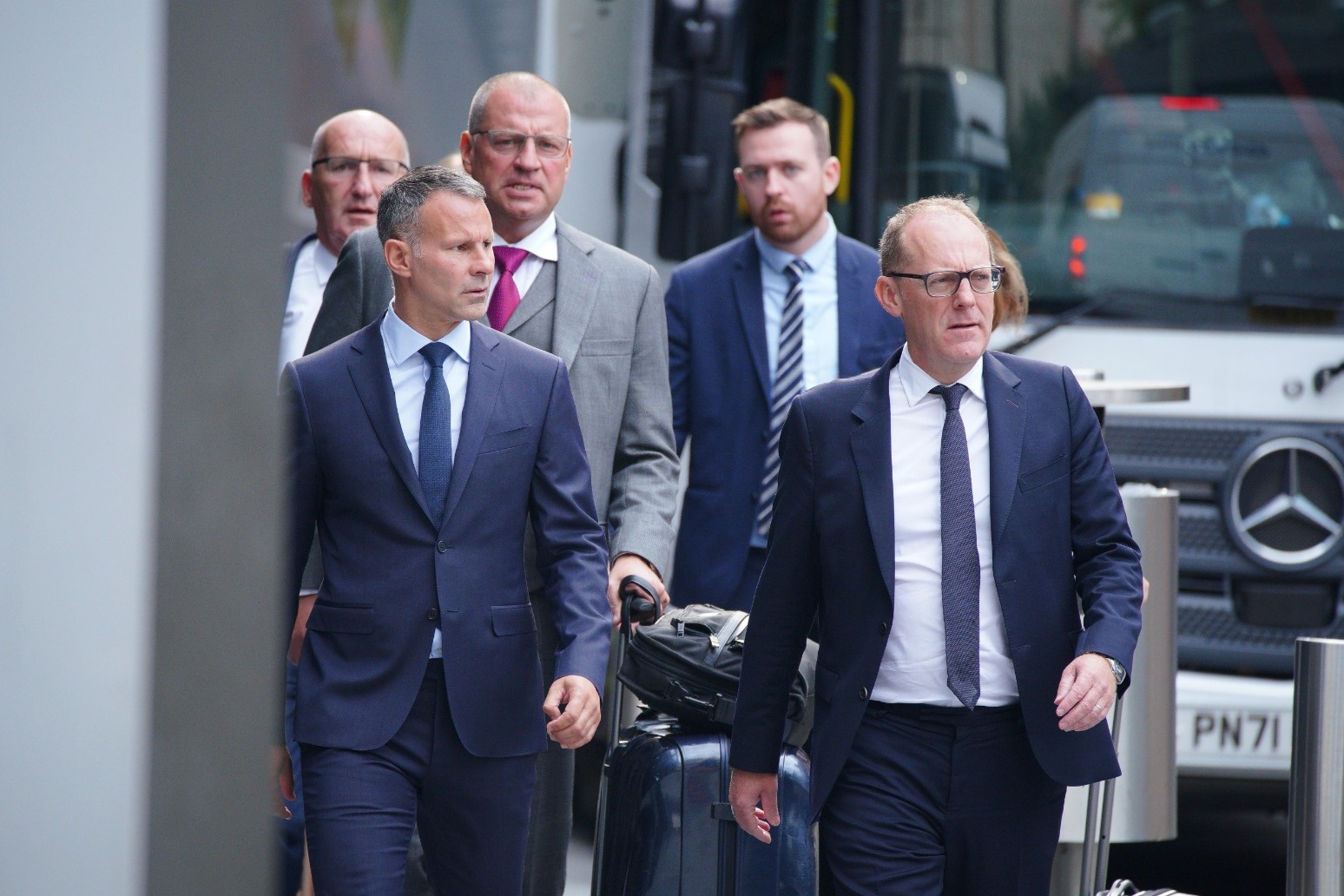 Giggs threatened to headbutt me next, his ex’s sister tells court

A woman has told a court that ex-Manchester United footballer Ryan Giggs said to her: “I will headbutt you next” after he allegedly assaulted her older sister.

Emma Greville, 26, said Giggs, 48, placed his hands on the shoulders of his ex-girlfriend Kate Greville, 38, during an argument and headbutted her in the lip “with lots of force”.

Giving evidence at the start of the second week of Giggs’ trial, Emma Greville said the defendant then went on to blame her for the incident at the defendant’s home in Worsley, Greater Manchester.

She told jurors at Manchester Crown Court how she was looking after the couple’s puppy Mac on November 1 2020 while Giggs and her sister had dinner at the Stock Exchange Hotel in Manchester city centre.

Emma Greville said the PR executive was already planning to leave Giggs at a future date while he was away on touring duties.

She received a call on November 1 from her sister who was “annoyed” the couple were late for dinner because Giggs had “been out all day drinking”, she said.

Later Kate Greville messaged her: “Pack my stuff in the car, we are leaving tonight”, the court heard.

Emma Greville said her sister was “visibly upset” when she arrived and could see she had been drinking but was “not stumbling”.

Peter Wright QC, prosecuting asked: “Did she explain anything to you about the reason for her being upset at that time.”

Emma Greville replied: “She just told me she confronted him about cheating but didn’t go into detail because we had a tight timescale. We wanted to get out of the house.”

Giggs followed about 15-20 minutes later, she said, and his mood was “not happy”.

She said: “He was also very drunk.”

Emma Greville said she retreated into a bedroom in the house before she later went back downstairs and saw her sister hugging the puppy in the hallway.

She told the court: “Ryan then said ‘say your goodbyes to the dog, you will never see him again’. It was in a snide manner, that he had the power, that he could keep the dog when he knew the dog was Kate’s.

“He said we were not allowed to take the dog with us.”

Giggs then accused Kate of taking his phone, said the witness, which she denied.

He went on to pick up some of Kate’s belongings and place them in the hallway including a handbag with her phone on top.

Emma Greville told the court: “Ryan turned to Kate and said ‘if I don’t have my phone, you are not having yours.

“Kate grabbed it before he did and they were in physical contact with each other.”

She left to check on the dog and when she returned she saw Giggs’ legs sticking out of the ‘boot room’ into the hallway.

She said: “I could her shouting, arguing, and scuffling around. Kate was lying on her back and Ryan was lying on top of her. Ryan was trying to grab Kate’s phone.

“His face was in her line with her face. Her legs were more bent up and he was lying flat on top of her. From her facial expressions I could tell she was in pain.

“Kate said ‘get him off me’ so I put both my arms around his waist and as Kate was using her legs to push him off I was pulling.

“As I was pulling him up he was standing upright in the doorway. He turned to his right and his elbow touched my jaw and as a result I let go. Not in a gentle manner, it was a ‘get off me’ manner.”

Emma Greville said she was “upset”, felt “shock” and immediately called her parents for advice on what to do next.

She next saw her sister in the kitchen as she tried to retrieve her phone from Giggs back pocket.

She told the court: “I said to Ryan ‘just give her phone back and then we will go’.

“I also said to him ‘I saw you on top of her grab her phone so I know you have her phone’.

“He had gone from annoyed to extremely angry.

“He put both his hands on Kate’s shoulders and with lots of force used his head to headbutt her in the lip.

“She fell to the ground screaming and covering her face.

“Afterwards he told me it was my fault he had headbutted Kate and turned to me and said ‘I will headbutt you next’.

“I felt fear because he had headbutted Kate so why would he not do the same to me.”

Kate told her to call the police, she said, as Giggs pleaded with her not to do so and said ‘think about my daughter, think about my career’.

She said he told her to think about her sister’s career and that “it would be in all the newspapers”.

Emma Greville said she thought her sister’s relationship with Giggs varied from “loving to being very distant”.

Swearing and shouting featured in their arguments but “nothing physical” until the night of November 1, she said.

He has also pleaded not guilty to controlling and coercive behaviour against Kate Greville between August 2017 and November 2020.

evans has a rare, degenerative disease and has been in a semi-vegetative state for more than a year.   on monday,... 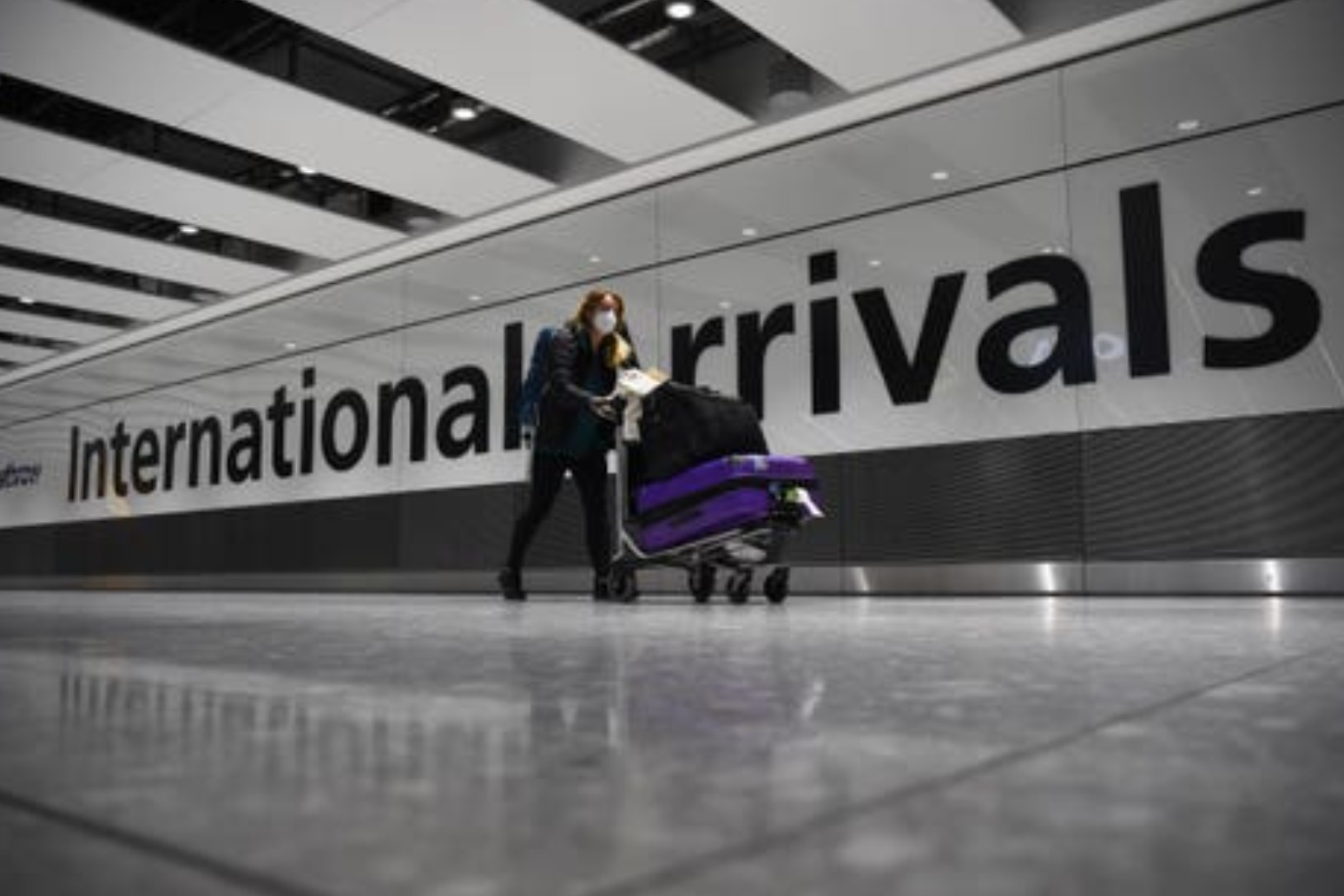 it is expected that people isolating at home will be told they must get a test two and eight days ...