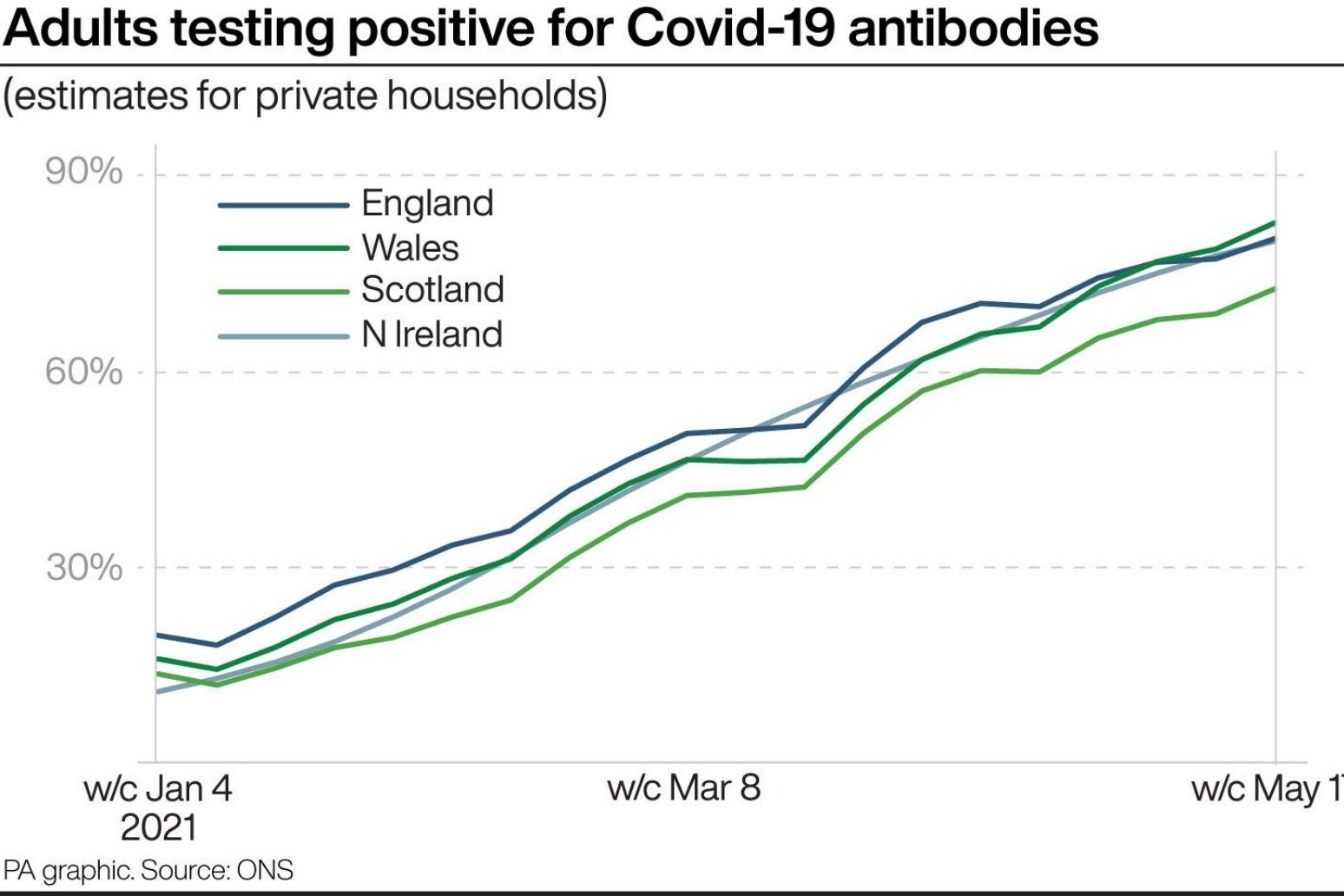 It takes between two and three weeks after infection or vaccination for the body to make enough antibodies to fight the virus.

Around eight in 10 adults in most parts of the UK are now likely to have Covid-19 antibodies, new figures suggest.

In Scotland the estimate is slightly lower, at just over seven in 10 adults or 72.6%.

The presence of Covid-19 antibodies suggests someone has had the infection in the past or has been vaccinated.

It takes between two and three weeks after infection or vaccination for the body to make enough antibodies to fight the virus.

Antibodies then remain in the blood at low levels, although these levels can decline over time to the point that tests can no longer detect them.

The latest estimates are from the Office for National Statistics (ONS) and are based on a sample of blood test results for the week beginning May 17.

The estimates are for people in private households and do not include settings such as hospitals and care homes.

For Scotland the estimate is up month-on-month from around six in 10 to just over seven in 10.

The ONS said there is a clear pattern between vaccination and testing positive for Covid-19 antibodies but the detection of antibodies alone is not a precise measure of the immunity protection given by vaccination.

Once infected or vaccinated, the length of time antibodies remain at detectable levels in the blood is not fully known.

It is also not yet known how having detectable antibodies, now or at some time in the past, affects the chance of getting Covid-19 again.

In Northern Ireland, the ONS uses different age groups due to small sample sizes and estimates 94.0% of people aged 70 and over were likely to have tested positive for antibodies in the week beginning May 17.

Prime Minister says her deal is best for Brexit

the united kingdom is due to leave the eu on march 29 and yet little is clear: there is, so far, no full exit agreement ... 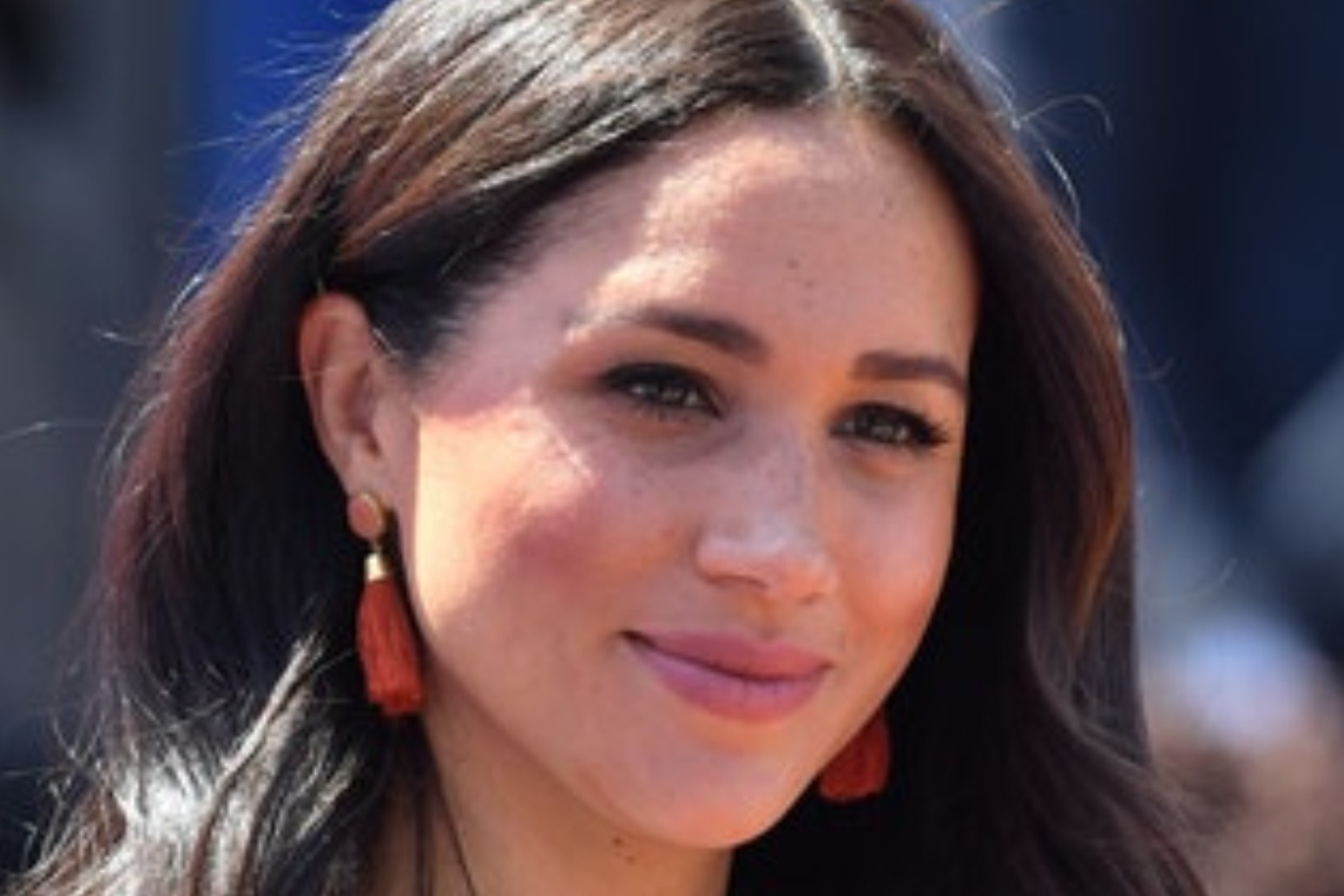 the duchess began her article by describing a typical morning getting up and looking after her son...