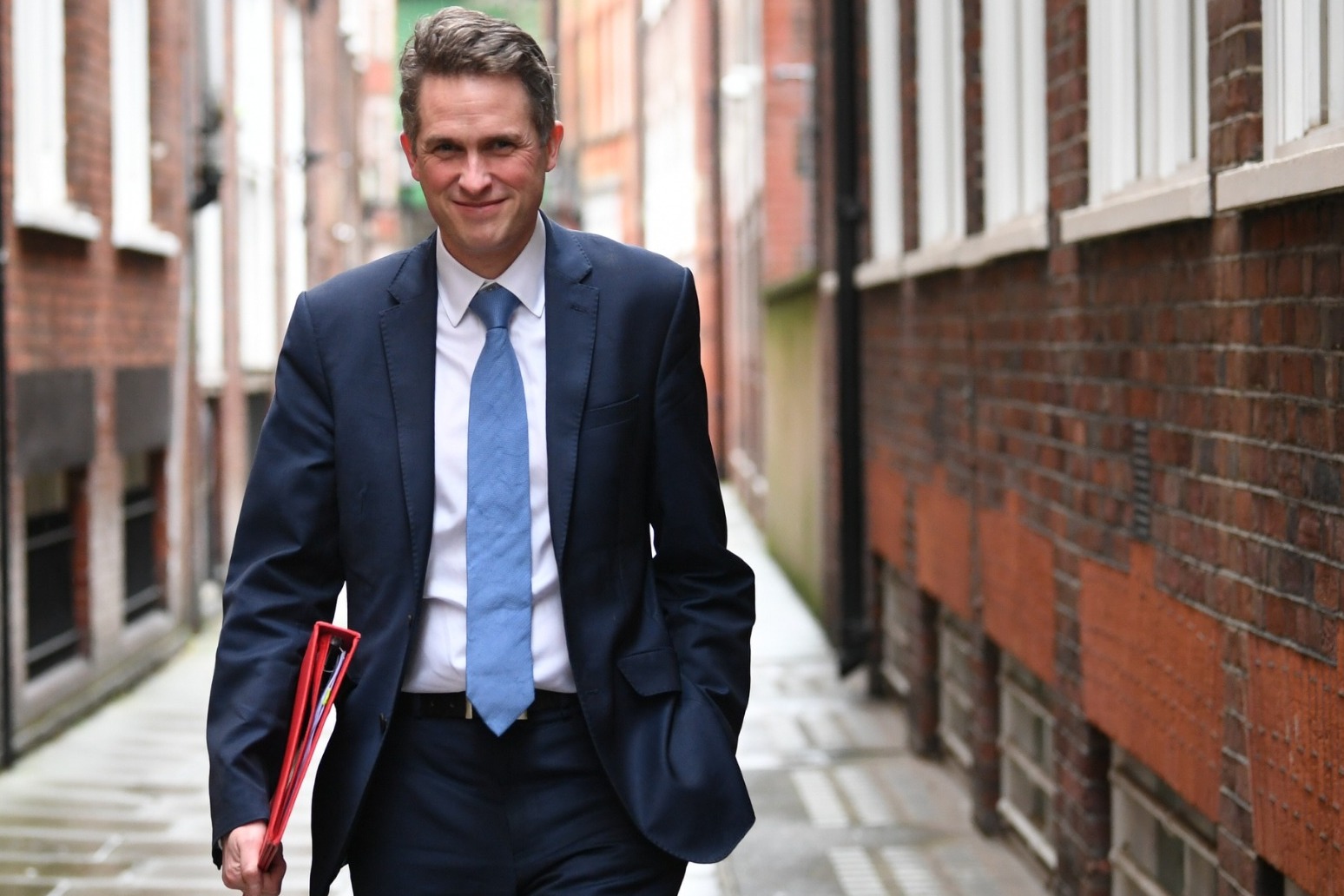 Education Secretary Gavin Williamson has not ruled out lengthening school days or shortening summer breaks to help pupils in England catch up from coronavirus disruption.

Ministers announced an extra £400 million of funding on Wednesday and asked secondaries to deliver some summer teaching to counteract the months of classroom closures.

With all pupils in England set to return on March 8 in the first easing of the lockdown, the programme includes a one-off £302 million “Recovery Premium” for primary and secondary schools to support disadvantaged pupils.

It could include running additional clubs and activities in the summer, or opting for evidence-based approaches to help children from September.

A further £200 million will be available to secondary schools to deliver face-to-face summer schools.

Mr Williamson defended the level of expenditure after Labour said it was inadequate for the scale of the task ahead.

He said the funding was just the “immediate response” and that newly-appointed education recovery commissioner Sir Kevan Collins will investigate more extensive measures.

Pressed on whether extending the school day could be among the measures, the Education Secretary told Sky News: “He’ll be looking at how we can boost and support children in a whole range of different manners.

“But it’s not just about time in school it’s about supporting teachers in terms of the quality of teaching and how we can help them.”

Mr Williamson told BBC Breakfast that “in the next few days” ministers will outline the “more granular detail” of how students will be assessed this year in the absence of exams.

The recovery package, which comes on top of the £300 million pledged in January, stopped short of mentioning the proposals to extend school days and shorter summer holidays.

Both were previously described as “policy gimmicks” by the school leaders’ union, the NAHT.

Summer provision will be introduced for pupils who need it the most, such as incoming Year 7 pupils, while one-to-one and small group tutoring schemes will be expanded.

Some £200 million will fund an expansion of existing tuition programmes for students – including the National Tutoring Programme (NPP) – as well as funding additional language support for pre-school children.

Boris Johnson said that “our next priority will be ensuring no child is left behind as a result of the learning they have lost over the past year”.

“This extensive programme of catch-up funding will equip teachers with the tools and resources they need to support their pupils, and give children the opportunities they deserve to learn and fulfil their potential,” he added.

Appointed earlier this month to oversee the Government’s catch-up programme, Sir Kevan will develop longer-term plans for how evidence-based interventions can be used to address the impact of Covid-19 on learning after engaging with schools, colleges, charities and parents.

The package included £350 million for the NPP to help the most disadvantaged pupils, and £650 million for schools to help children from all backgrounds catch up.

NAHT general secretary Paul Whiteman said: “Summer schools will be of value for some pupils but it will be important not to overwhelm students. Recovery cannot happen in a single summer.”

He added: “Fortunately, there already exists a wealth of knowledge within the profession about how to narrow achievement gaps. We need to trust schools to put in place a long-term approach based on what they know about the needs of their pupils.”

Geoff Barton, the general secretary of the Association of School and College Leaders, said it was “frustrating” that the £700 million package had been “salami-sliced to such an extent that it may reduce its effectiveness”.

“Our view is that the total sum of the money should go directly to schools, colleges, and early years providers, rather than being diverted into other pots or ring-fenced,” he said.

Sir Peter Lampl, the founder and chairman of the Sutton Trust educational charity, called the package of measures “a promising start”, but he added there were “no quick fixes” as he called for a consistent multi-year recovery plan.

“The strongest evidence for accelerating learning is for increasing time for high-quality teaching. Targeted summer schools are one way to achieve this, and it’s good that schools will have flexibility to decide what will work best for them and their staff,” he said.

“However, it’s important to recognise the problem of teacher burnout that could be exacerbated by additional workload.”

Shadow education secretary Kate Green said there was “no specific mention” of supporting children’s mental health or wellbeing, which she described as “fundamental to enabling their recovery”,

“This is not adequate and will not make up for the learning and time with friends that children have lost,” the Labour MP added.

Theresa May calls on housebuilders to 'do their duty', demanding more homes

may has made tackling a long-term housing shortage one of her top priorities as she looks to show voters that her govern...

more than three years since the united kingdom voted 52-48% to leave the european union, brexit remains up in the air: o...