Turkey has been criticised by leading European Union figures after it launched airstrikes, against Kurdish fighters in northern Syria.

NATO Secretary-General Jens Stoltenberg, while noting that Turkey "has legitimate security concerns" after suffering "horrendous terrorist attacks" and hosting thousands of refugees, said the country should not "further destabilize the region" with its military action in Syria.

Turkish President Recep Tayyip Erdogan announced the start of the campaign, which followed the abrupt decision on Sunday by US President Donald Trump to essentially abandon the Syrian Kurdish fighters, leaving them vulnerable to a Turkish offensive that was widely condemned around the world.

The decision was a major shift in US policy and drew opposition from all sides at home.

It also marked a stark change in rhetoric by Mr Trump, who during a press conference in New York last year vowed to stand by the Kurds, who have been America's only allies in Syria fighting the Islamic State group .

Mr Trump said at the time that the Kurds "fought with us" and "died with us," and insisted that America would never forget.

After Mr Erdogan announced the offensive, the US leader called the operation "a bad idea."

Later on Wednesday, he said he didn't want to be involved in "endless, senseless wars."

Plumes of smoke could be seen rising near the town of Qamishli and clashes continued late on Wednesday amid intense shelling as Turkey struck at least six different border towns along a 290-mile (300-kilometre) stretch.

At least seven civilians and three members of the Kurdish-led force known as the Syrian Democratic Forces were killed in the Turkish bombardment, Kurdish activists and a Syria war monitor said.

it comes as the organisation that represents rank-and-file police officers in england and wales has called on the home s... 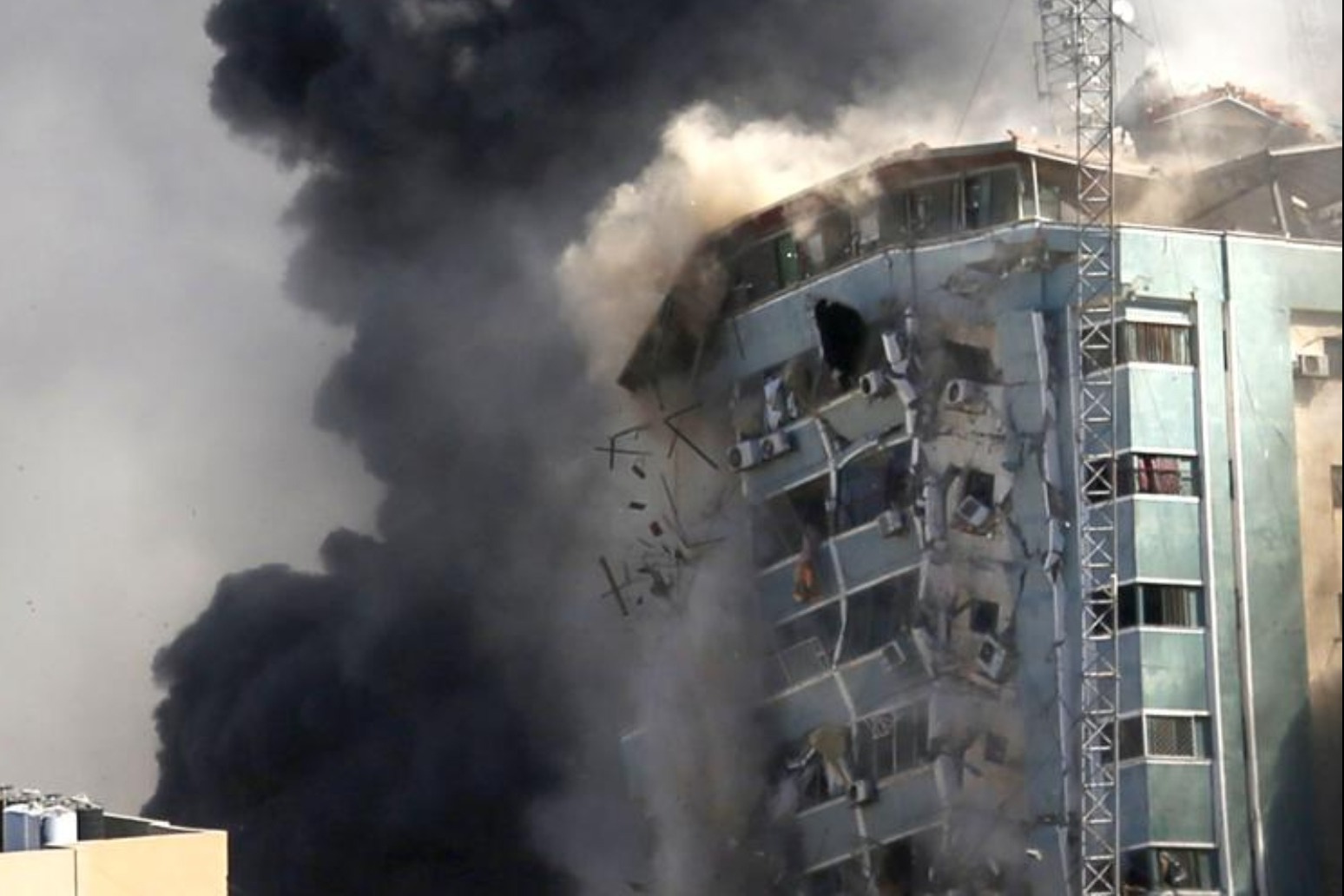 while the israeli military said hamas was operating inside the building and accused the militant group of using journali...