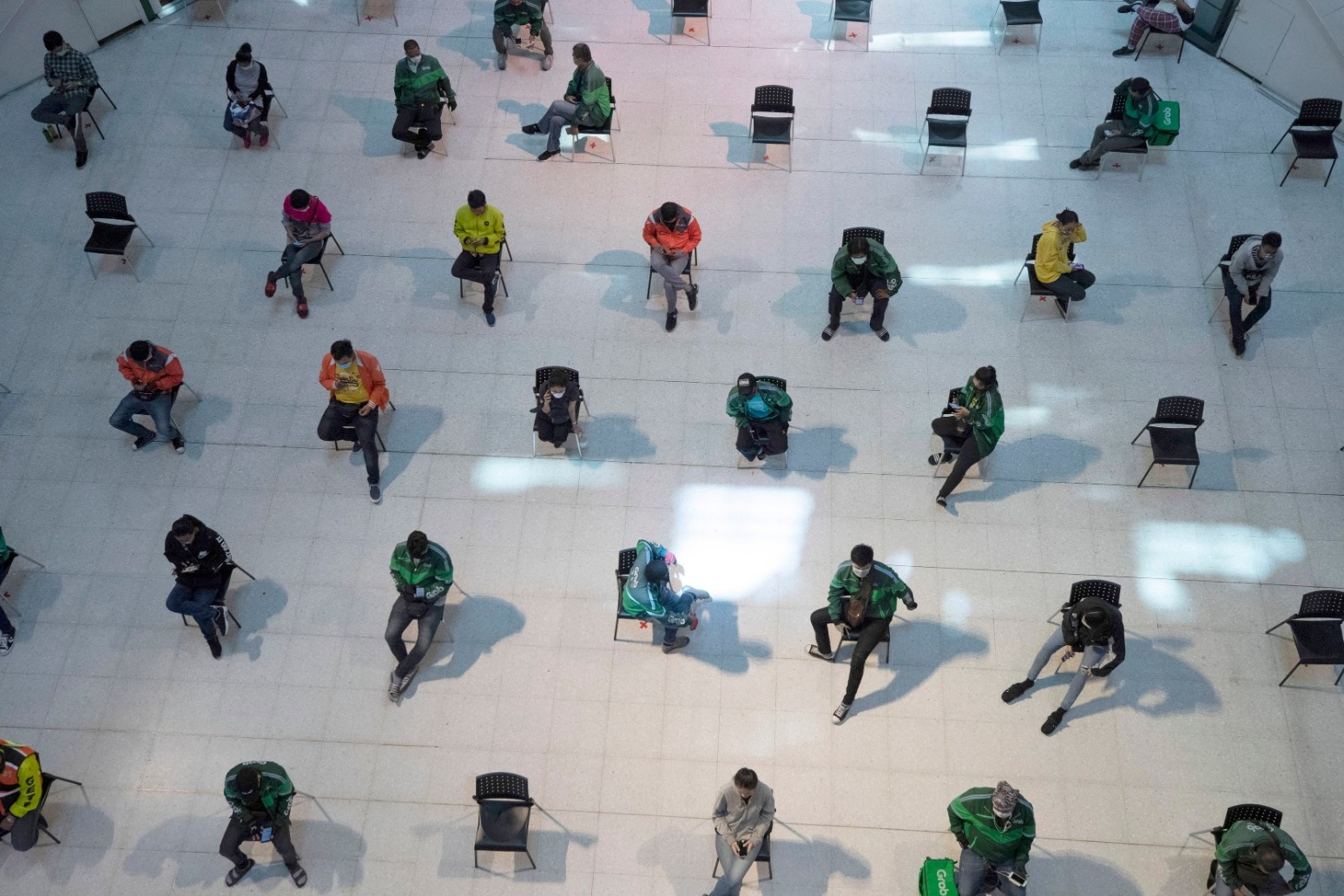 Doctors and nurses across the world have pleaded for supplies such as masks and ventilators which are critical in their battle to treat a surging number of coronavirus patients. The call comes as governments continue to roll out measures to put more than a fifth of the world's population - 1.5 billion people - under some form of lockdown.

High in the Himalayan mountains, Nepal became one of the latest countries to compel its citizens to stay at home, joining large parts of Europe, south-east Asia and the entire west coast of the United States.

By closing businesses, clearing streets and keeping people away from each another, authorities hope they can slow the spread of the pandemic and keep their healthcare systems from becoming overwhelmed.

Francois Blanchecott, a biologist on the front lines of testing, told France Inter radio: "There's a wild race to get surgical masks.

"We're asking mayors' offices, industries, any enterprises that might have a store of masks."

The race to find equipment came as the World Health Organisation (WHO) warned that the outbreak was accelerating and called on countries to take strong, coordinated action.

WHO chief Tedros Adhanom Ghebreyesus said: "We are not helpless bystanders," noting that it took 67 days to reach 100,000 cases worldwide, but just four days to go from 200,000 to 300,000. "We can change the trajectory of this pandemic."

Stocks continued to fall on Wall Street even after the Federal Reserve said it will lend to small and large businesses and local governments to help them through the crisis, while partisan divisions stalled efforts to pass a colossal aid package in US congress.

The move toward lockdowns has been influenced by the apparent success of such measures in China, where the virus was first found late last year in the city of Wuhan.

China barred people from leaving or entering the city on January 23 and in succeeding days expanded what at the time were unprecedented measures to most of Hubei province and its tens of millions of residents.

On Tuesday, after more than a week in which the government said the vast majority of new virus cases were imported from abroad rather than community spread, authorities said the restrictions in Hubei would end and people who were cleared would be able to leave the province after midnight.

Authorities said Wuhan will remain locked down until April 8.

The scramble to marshal public health and political resources intensified in New York, where a statewide lockdown took effect on Monday amid worries the city of 8.4 million is becoming one of the world's biggest hot spots.

More than 12,000 people have tested positive in the city and almost 100 have died.

Mayor Bill de Blasio warned that the city's hospitals are just 10 days away from shortages in basic supplies, while the state's governor Andrew Cuomo announced plans to convert a New York City convention centre into a hospital.

"This is going to get much worse before it gets better," Mr Cuomo said.

In Italy, declines in both new cases and deaths for a second consecutive day provided a faint glimmer of hope. Officials said on Monday that the virus had claimed just over 600 more lives, down from 793 two days earlier.

The outbreak has killed more than 6,000 Italians, the highest death toll of any country, and pushed the health system to the breaking point there and in Spain.

The risk to doctors, nurses and others on the front lines has become plain: Italy has seen at least 18 doctors with the coronavirus die. Spain reported that more than 3,900 health care workers have become infected.

For most people, the coronavirus causes only mild or moderate symptoms, such as fever or coughing. But for some older adults and people with existing health problems, it can cause more severe illness, including pneumonia. More than 100,000 people have recovered, mostly in China.

In Thailand, the prime minister Prayut Chan-o-cha said his government is declaring a state of emergency to control the outbreak.

In the US, president Donald Trump said he believes the American economy, which has been virtually shut down, could be reopened in weeks, not months.

Amid complaints of hospitals running low on masks, gloves and other critical gear, Mr Trump signed an executive order making it a crime to stockpile supplies needed by medical workers.

US attorney general William Barr said investigators will go after those hoarding goods on "an industrial scale" and price gouging.

China is now sending planeloads of protective gear and doctors to Europe, as the crisis continues to ease there.

On Capitol Hill, a nearly two trillion-dollar (£1.72 trillion) plan that would prop up businesses and send checks to American households has stalled. Democrats argued that it was tilted toward corporations rather than workers and health care providers.

Meanwhile, industries both big and small keep shutting down. Boeing announced it was suspending production in the Seattle area, where it has two mammoth aircraft plants employing about 42,000 people.

Japan's prime minister Shinzo Abe and the head of the International Olympic Committee will hold talks on Tuesday as they consider postponing this summer's games in Tokyo.

More than 381,000 people worldwide have been infected and over 16,500 have died from the virus, according to a running tally kept by Johns Hopkins University.

More than 1.5 billion people around the globe have been instructed to stay in their homes.

a panel of bankers delayed a decision that might have won credit investors over to a deal. the world's oldest holiday c... 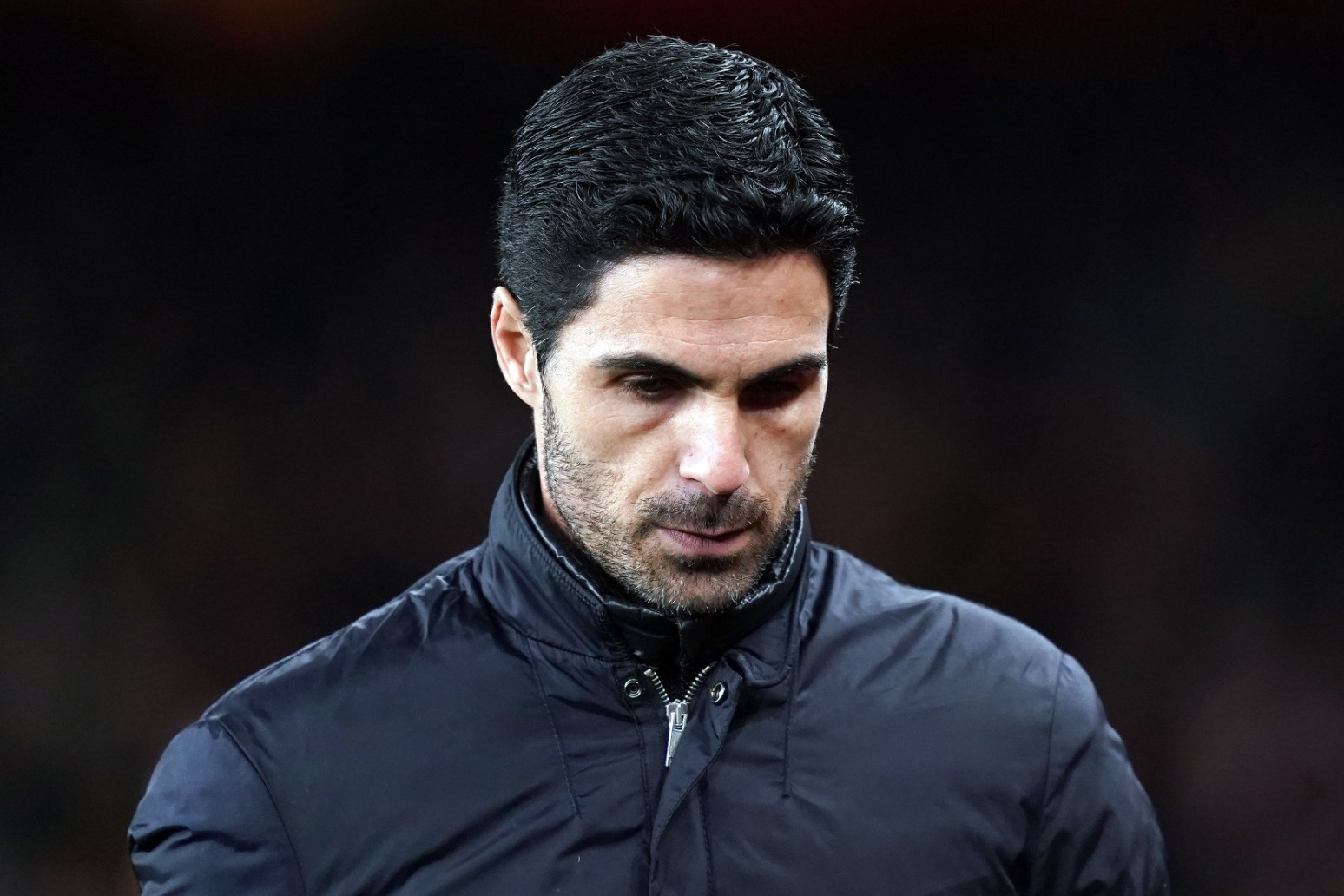 Premier League to meet as coronavirus

the gunners' trip to brighton on saturday was immediately postponed and further games appear certain to follow. indeed,...