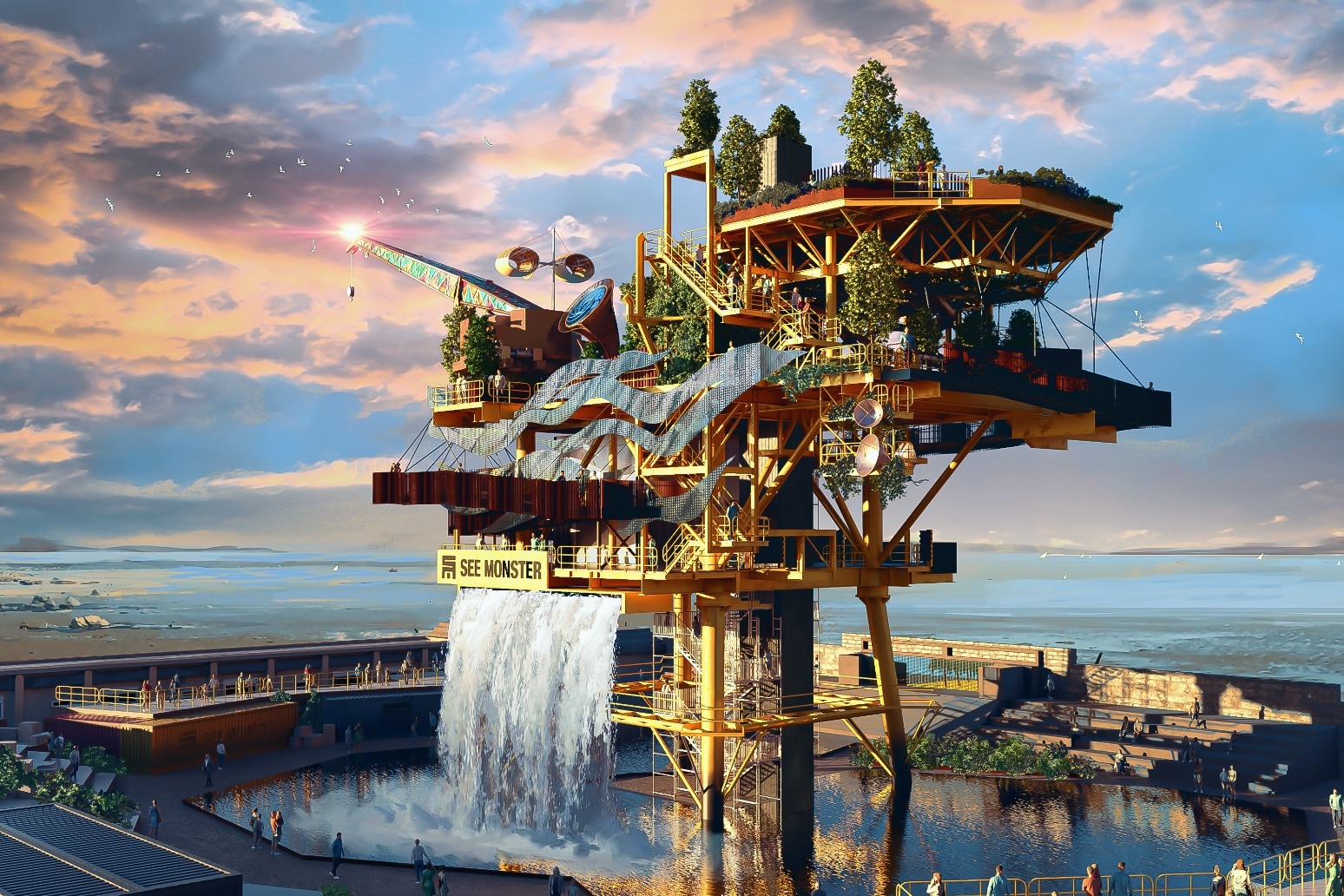 Decommissioned oil rig arrives to be transformed into art installation

A 450-tonne decommissioned oil rig has been delivered to the beach front at Weston-super-Mare where it is due to be transformed into an interactive art installation.

Dubbed “See Monster”, the people behind the project are hoping it will transform perceptions around how out-of-date industrial infrastructure is disposed of.

It was delivered to the beach of the North Somerset town in the early hours of Wednesday, and is due to be lifted on to a base at the Tropicana arts and music venue in the coming days.

Once completed, the 35-metre high platform will feature a waterfall, a seated amphitheatre, a 6,000-piece art installation to give it “scales”, and will be covered in grasses, plants and trees.

The project was the brainchild of Leeds-based design and events company Newsubstance.

Patrick O’Mahony, creative director and founder of Newsubstance, told the PA news agency the idea was to find a platform “to tell stories with”.

He added: “What better platform than a decommissioned oil rig?

“The whole point was to create a structure that was big, joyful, and create a real impact – and that’s what See Monster gave us the opportunity to do.

“It will have experiments in renewable futures – so new thinking in wind turbines and solar, a giant waterfall that comes down the front, and a huge amount of kinetic sculptures across the entire structure.”

The rig spent 30 years in the North Sea and the last 12 months in a Dutch shipyard being stripped, cleaned and repaired ahead of its delivery to Weston-super-Mare.

“There are these big industrial structures all around the world, the rigs are just one of them, and we wanted to really create that blueprint to see what’s possible – we are taking these beasts that have had one life form and transforming them into something new.

“We wanted to bring it in almost as the beast and transform it into a beauty, and when it comes in and gets raised and put on the legs, over the next six to eight weeks we are going to plant a huge wild garden over the whole top.

“The point is that it is like it has been ‘rehabilitated’ – it has spent its life taking out of the earth and now it is time to give back.”

Despite the huge amount of effort that has gone into delivering the project, it will only be fully open for two months between the beginning of August and the end of October.

After it closes, many of the artworks are due to be installed around the town, while the rig itself will be deconstructed and recycled.

Mark Canniford, North Somerset councillor for placemaking and economy, said Weston-super-Mare had been chosen for the installation out of a “long-list” of seaside towns that wanted it.

He said it is part of the town’s efforts to re-establish itself as one of Britain’s great seaside destinations.

“You can see the interest it has generated today – hundreds of people turned up to see this monster pulled up on to the beach,” he said.

“This will bring people in, there’s no doubt about it.

“Anyone in the West Country will come and have a look and see what this oil rig’s about, and also it is giving something back.

“It is something that has been used to extract carbon from our seas which is now going to show everyone what can be done with all the green energy it will be showcasing, which I think is so clever.”

He said while Dismaland had in part been about Britain’s neglected and declining seaside resorts, See Monster is all about regeneration and rebirth. 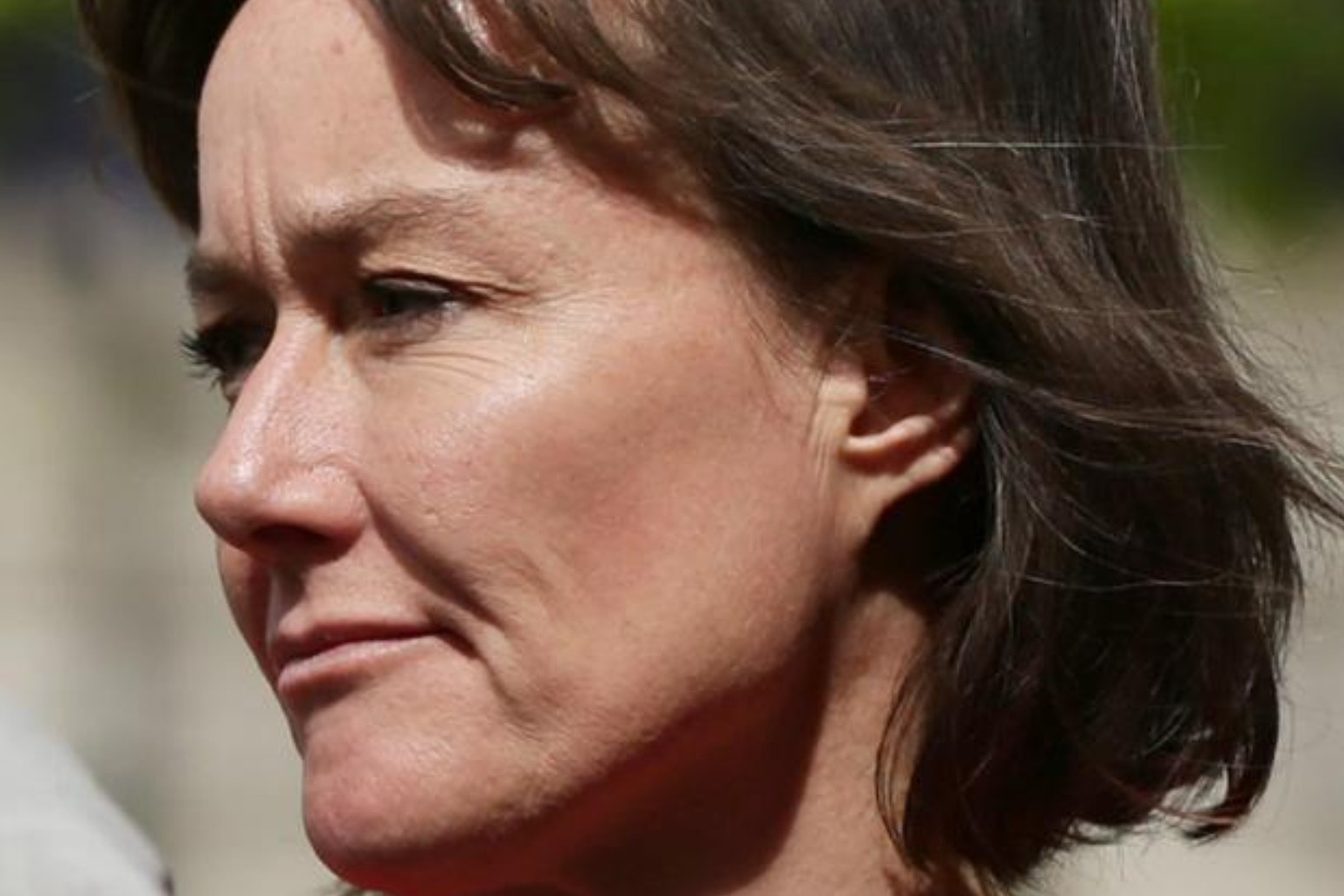 the party said the government was putting the public at risk by not including online scams as part of the upcoming onlin...

tourism minister nigel huddleston said a newly launched review seeks to “reap the benefits of the boom in short-te...