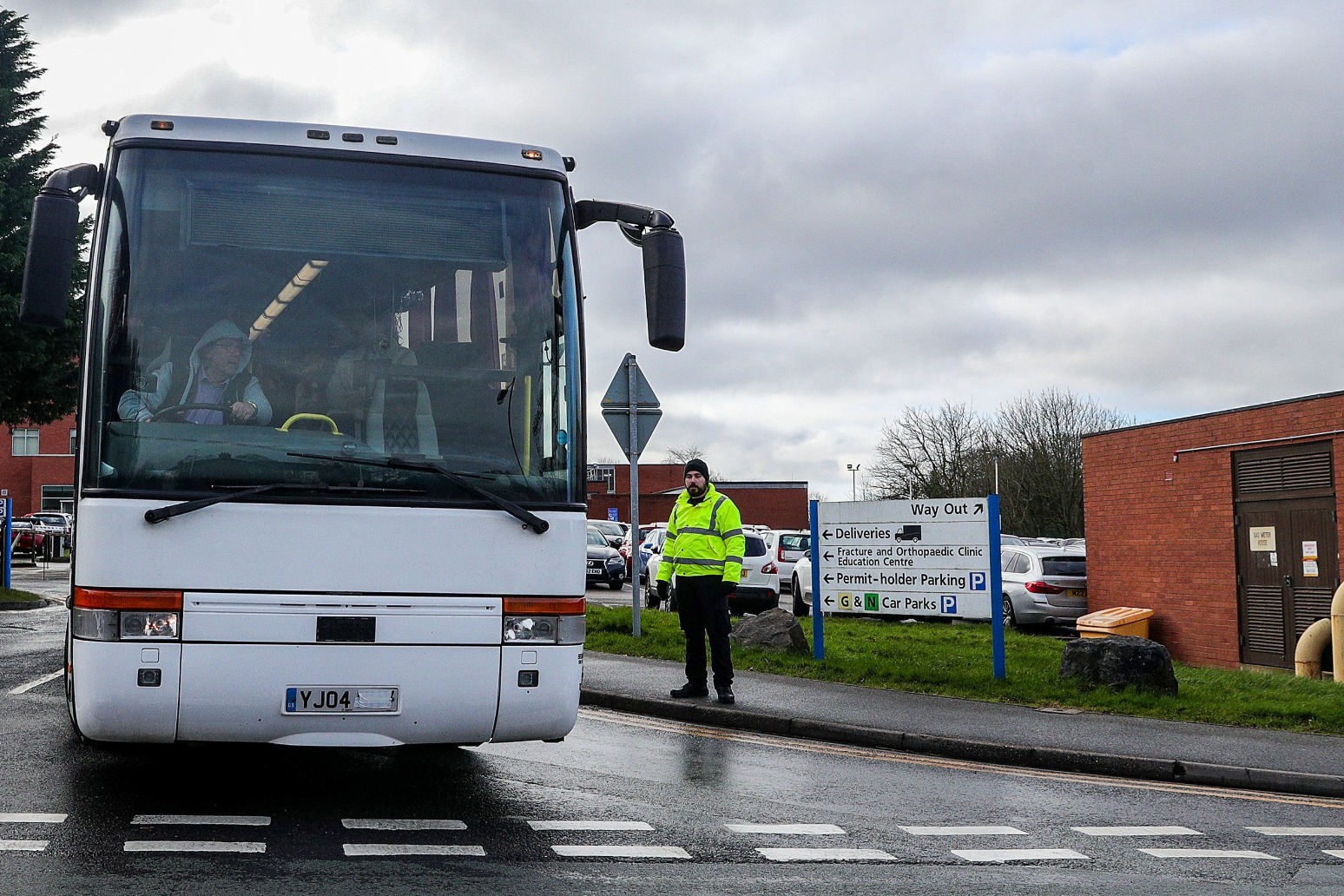 Coronavirus infected people may need to self isolate.

Many more people in the UK may need to self-isolate in a bid to stop the spread of coronavirus, the chief executive of the NHS has said.

Sir Simon Stevens issued the warning as more than 80 people quarantined at Arrowe Park Hospital on the Wirral were allowed to leave following 14 days in isolation.

The group were the first to be flown out of Wuhan city in China - the epicentre of the coronavirus outbreak - by the Foreign Office and back to the UK.

Sir Simon said: "As our first group of guests leaves Arrowe Park Hospital, we want to thank them for the highly responsible, pragmatic and stoical way they have played their part in keeping both themselves and others safe.

"They have set an important example, recognising that over the coming weeks many more of us may need to self-isolate at home for a period to reduce this virus's spread."

Health Secretary Matt Hancock said those quarantined had been given a clean bill of health and people "can be reassured that their departure presents no risk to the public".

Speaking to the PA news agency, Matt Raw, 38, from Knutsford, Cheshire, shouted "we're free... and the sun's shining" as he left Arrowe Park.

He said: "Some good fresh air and very, very, very happy that all 83 of us have tested negative for the virus and I guess now back to business as usual.

"It is absolutely lovely to be out and I'll no doubt be going out for a pint a little bit later."

He said what happens with coronavirus - also known as Covid-19 - could go one of two ways, with the first scenario seeing the Chinese government getting on top of the epidemic and then a limited impact on the rest of the world.

While it is "highly likely" the UK will see more cases, it is possible the epidemic will go away, possibly aided by a change in the seasons which could dampen the spread of the virus, he told BBC Radio 4's Today programme.

Prof Whitty said: "The alternative is that it's not possible to contain in China and this then starts (to spread) - probably initially quite slowly - around the world and then unless the seasons come to our rescue, then it is going to come to a situation where we have it in Europe and the UK in due course."

Prof Whitty said the current UK strategy was focused on containment of individual cases, followed by delaying the spread.

He said: "Delay is the next stage of what we need to do because if we are going to get an outbreak in the UK - this is an if, not a when - but if we do, putting it back in time into the summer period, away from winter pressures on the NHS, buying us a bit more time to understand the virus better, possibly having some seasonal advantage, is a big advantage."

On Wednesday evening, the UK's ninth case of cornavirus was confirmed in London.

The unnamed woman, who is being treated at a specialist NHS centre at Guy's and St Thomas', contracted the virus in China before flying to the UK.

On Thursday, it emerged she turned up unannounced at a hospital in an Uber taxi after falling ill.

Two staff from Lewisham hospital in south London are now in isolation at home after coming into contact with the woman.

Meanwhile, the number of deaths from coronavirus in China jumped to more than 1,350, with more than 60,000 recorded infections, as senior figures in Hubei province were dismissed amid criticism over the handling of the outbreak.

And 44 more people on quarantined cruise ship the Diamond Princess in Japan have tested positive for Covid-19 disease.

Two of those are Britons, taking the number of Britons on the ship diagnosed with coronavirus to three.

The British honeymooner diagnosed with coronavirus has said a language barrier meant he mistakenly believed he had tested negative for the disease.

Alan Steele said a second test has now come back negative and he will be released from quarantine if a third proves the same.

Posting on Facebook, he said: "Seems that my first test was positive and I misunderstood due to language barrier.

"Anyway the second test showed negative so a third test now has to be done. I need two negatives to be freed so all crossed on the third test."

British couple David and Sally Abel, who remain on board the ship, said they have been given the option to leave and continue their quarantine ashore if they test negative for the virus.

In a video posted on Facebook, Mrs Abel said: "We're obviously going to be better off language-wise staying on board than we are if we go into some sort of facility run by Japanese."

The World Health Organisation's (WHO) director-general, Dr Tedros Adhanom Ghebreyesus, has warned that the outbreak "could still go in any direction".

On Wednesday, Steve Walsh, the businessman linked to 11 British cases of coronavirus, including five in France, was given the all-clear and discharged from hospital.

police were called at 15:39hrs on sunday, 30 june to a residential address in offerton road, clapham after a body was di...